Apple reportedly ‘in discussions’ to support RCS, the iMessage-like successor to SMS 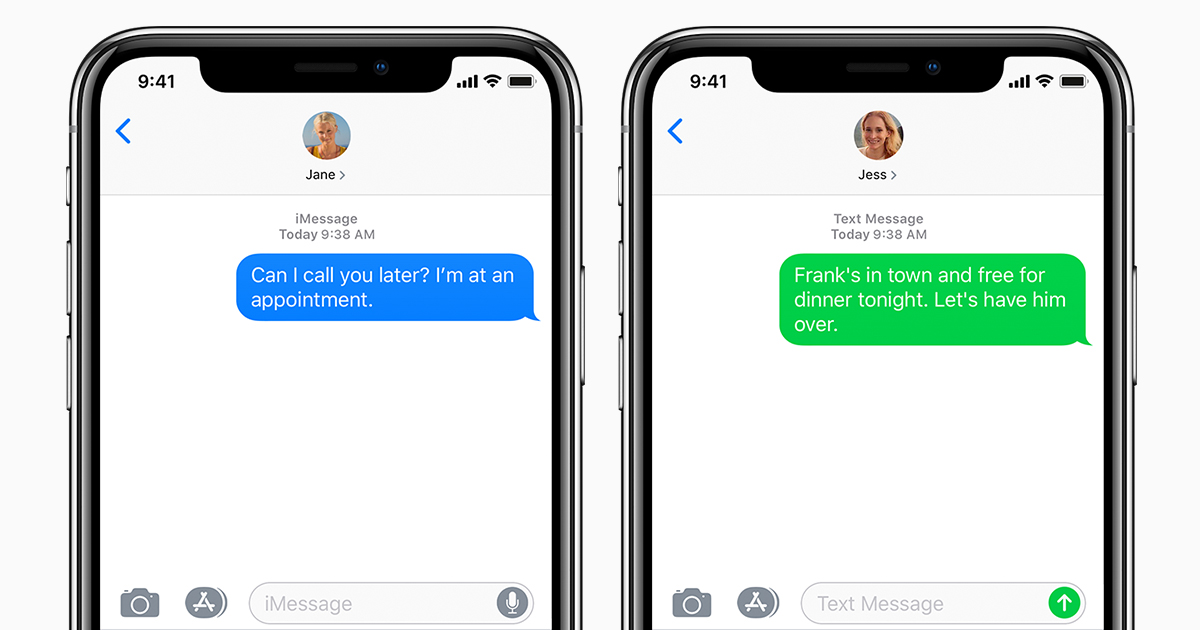 Our colleagues over at 9to5Google have regularly reported on a new standard referred to as Rich Communications Services – or RCS. Touted as an upgraded version of SMS, RCS is being spearheaded by the carriers, Microsoft, and Google.

Now, it appears that Apple also might be involved in RCS, at least in some capacity.

On Reddit, a slide from an October GSMA event has surfaced. The GSMA is a trade body representing mobile network operators. While the event took place on October 24th, the contents of the slide haven’t been widely reported on thus far.

According to the purported slide from the conference, Apple has “engaged in discussions with the GSMA and Operators about including RCS in iOS.” This is inherently vague and doesn’t offer too many details about the extent to which Apple is involved, but the pitch seems to center on three things.

The slide explains that adding RCS to iOS would:

Again, it’s unclear whether or not Apple’s discussions with the GSMA have led to anything of magnitude. The slide suggests, however, that “operators are putting pressure on Apple to launch RCS.”

The goal of the RCS Universal Profile is to bring a consistent data-based messaging experience to all users. RCS has support for things such as read receipts and typing indicators, high-quality image, group messaging, and more.

Obviously, these are all features of iMessage as it stands today. Apple integrating RCS would essentially mean that those iMessage-like features would come to the infamous “green bubble” conversations on iOS too.

I personally have my doubts on whether or not Apple would have any desire to support RCS, but Apple has clearly changed a lot as a company over the last several years, so anything is possible. What do you think? Let us know down in the comments. 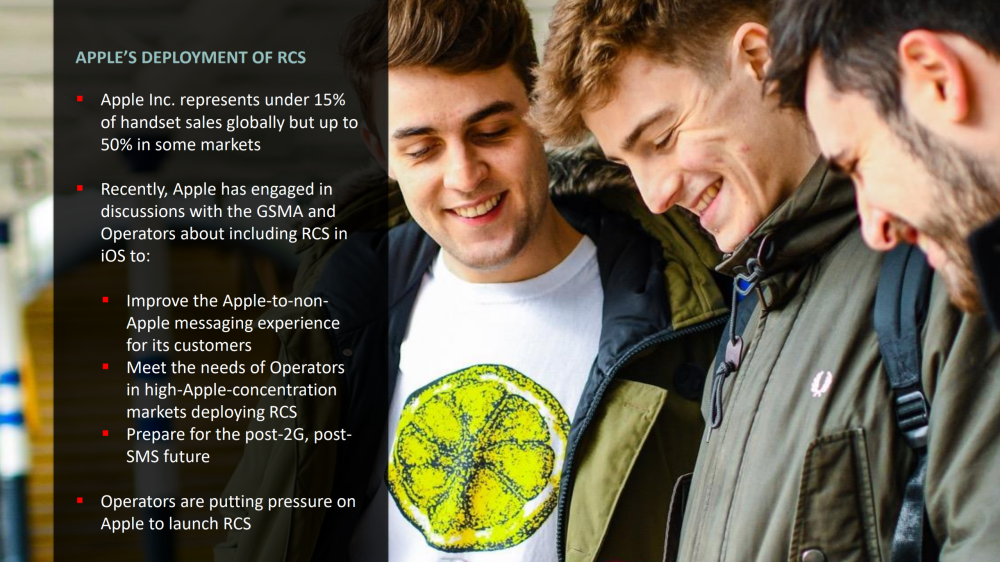