Hands-on with U by Moen Smart Shower’s HomeKit integration 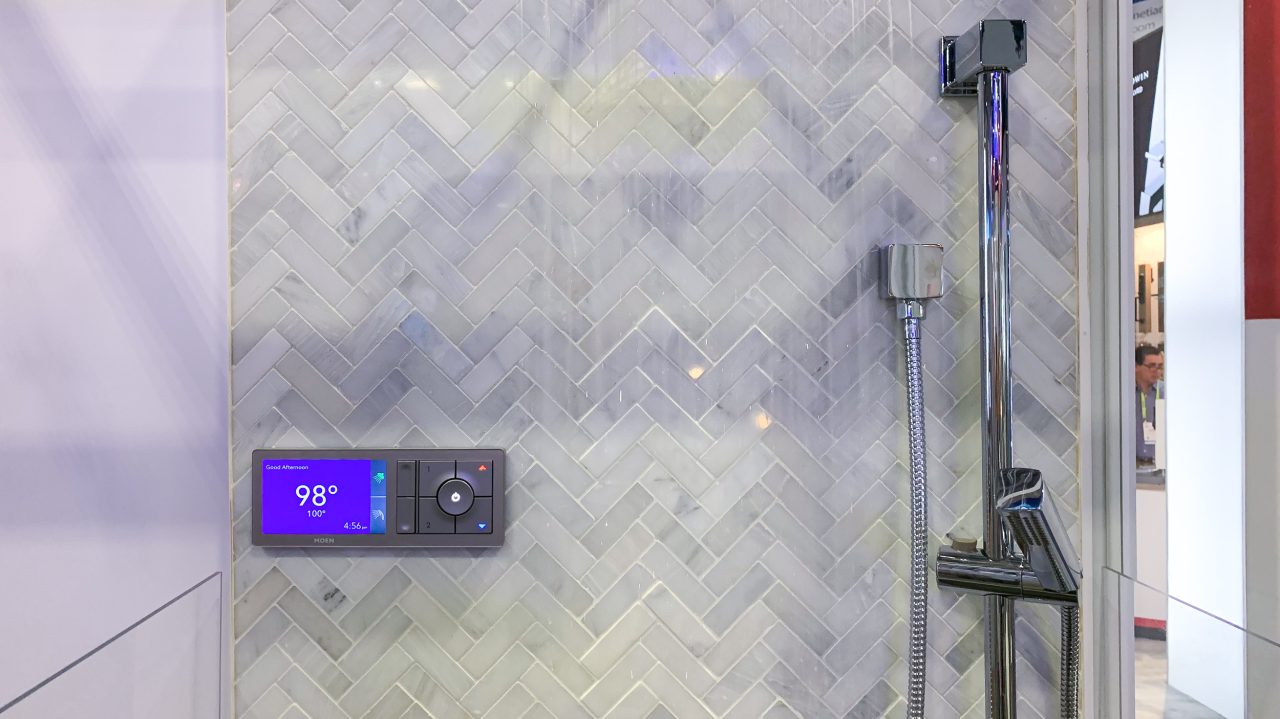 Lifestyle fixture company Moen launched its U by Moen Smart Shower back in 2017 as a push into the smart home space. While the shower system originally shipped with an iOS app to allow users to customize their shower experience and save presets, HomeKit support was absent. At CES 2019, Moen announced it will be updating the fixture with not only HomeKit support, but Alexa Routines as well. We took a hands-on look at how the integration will work when it launches.

The U by Moen Smart Shower is a system of components including showers heads, hand showers, and a wall control unit. HomeKit support comes in the form of Siri control and a new UI inside Apple’s own Home app. One toggle controls whether or not the shower is flowing, and a slider allows you to set a precise water temperature. You can also choose to direct water through the wall shower head, hand shower, or both. Moen offers similar controls in its wall control unit and iOS app, but iPhone users may appreciate the ease of using Apple’s own interface. Changes made in the iOS Home app are reflected on the wall control unit’s display.

To control the fixture with Siri, users can say predictable phrases like “turn on my shower,” “turn off my shower,” and even specify which shower head to toggle. For those who prefer the Amazon Alexa assistant, U by Moen is becoming a Smart Home Skill. This means your shower can be used with Smart Home Groups and Routines. 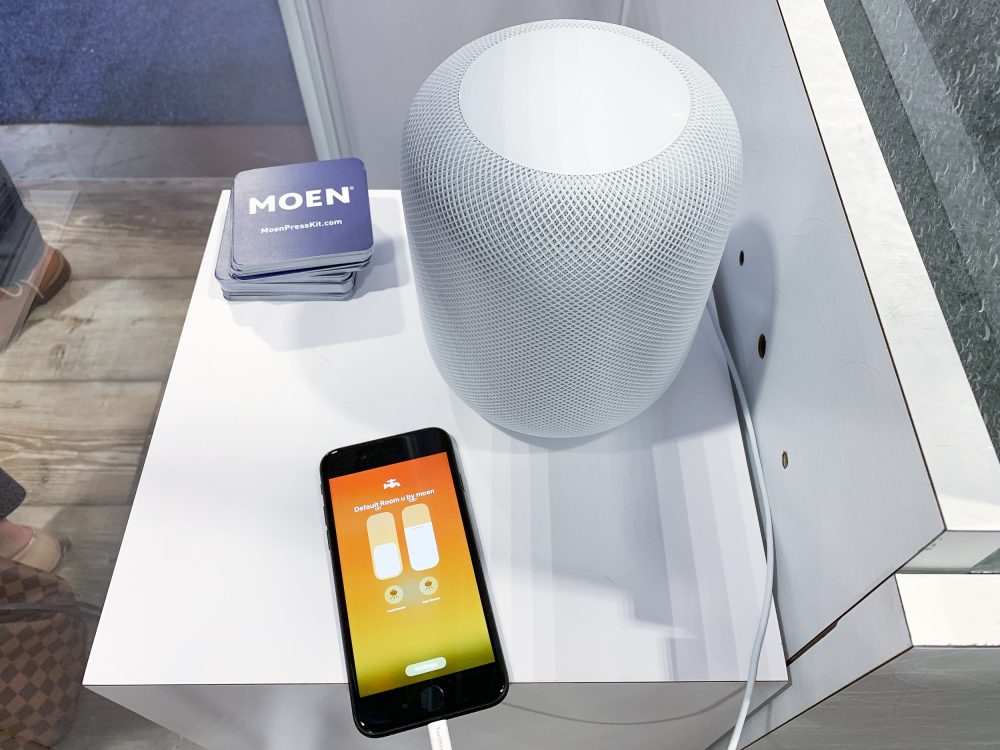 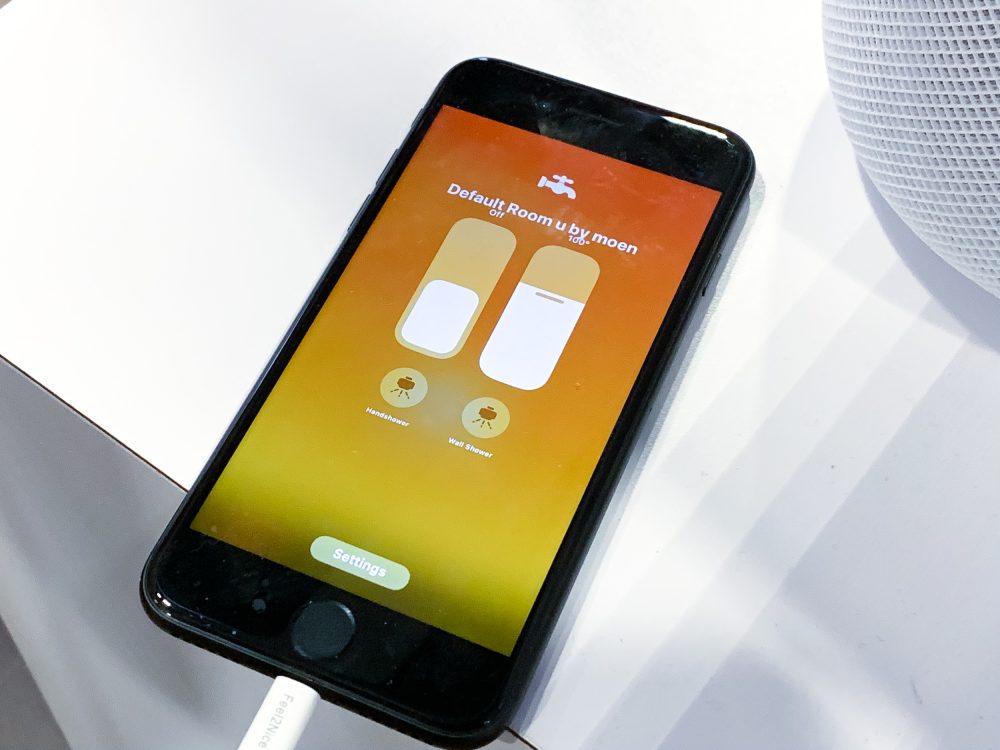 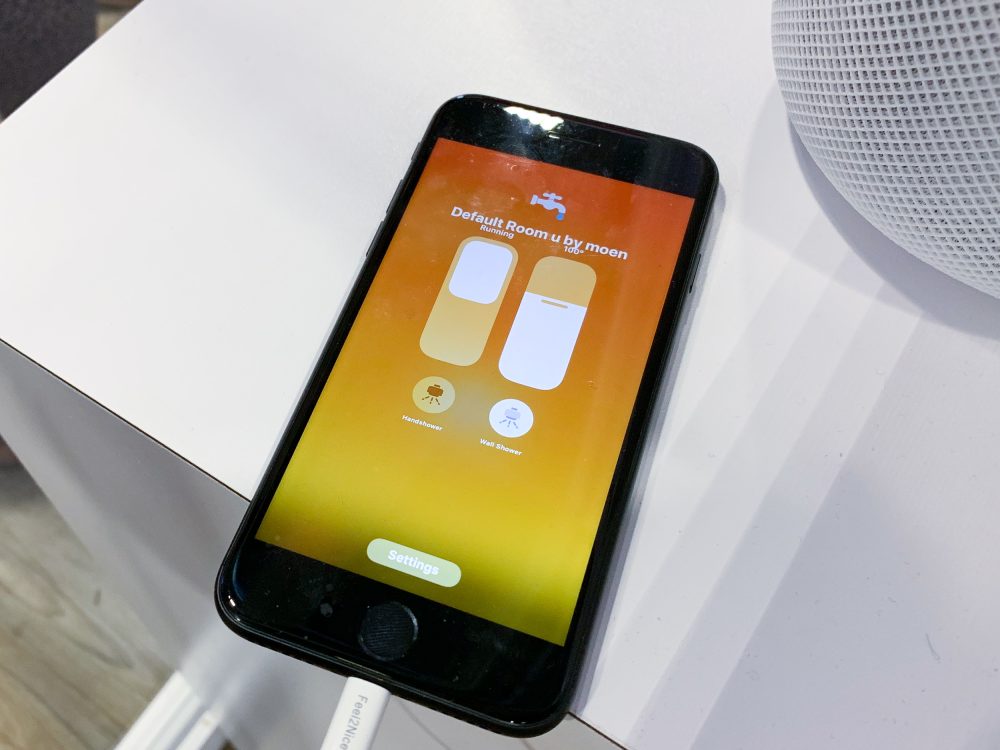 Existing customers and new buyers will still be able to use Moen’s U by Moen iOS app, which also includes the ability to time your shower to a certain length and receive device notifications when your water temperature is ready. Moen says this feature is intended to help save water.

HomeKit support is set to arrive sometime during Q1 of 2019 via a software update, although Moen hasn’t specified a clear rollout plan. Google Assistant support should arrive in Q2. The U by Moen shower is available in both 2 and 4 outlet configurations starting at $1225. 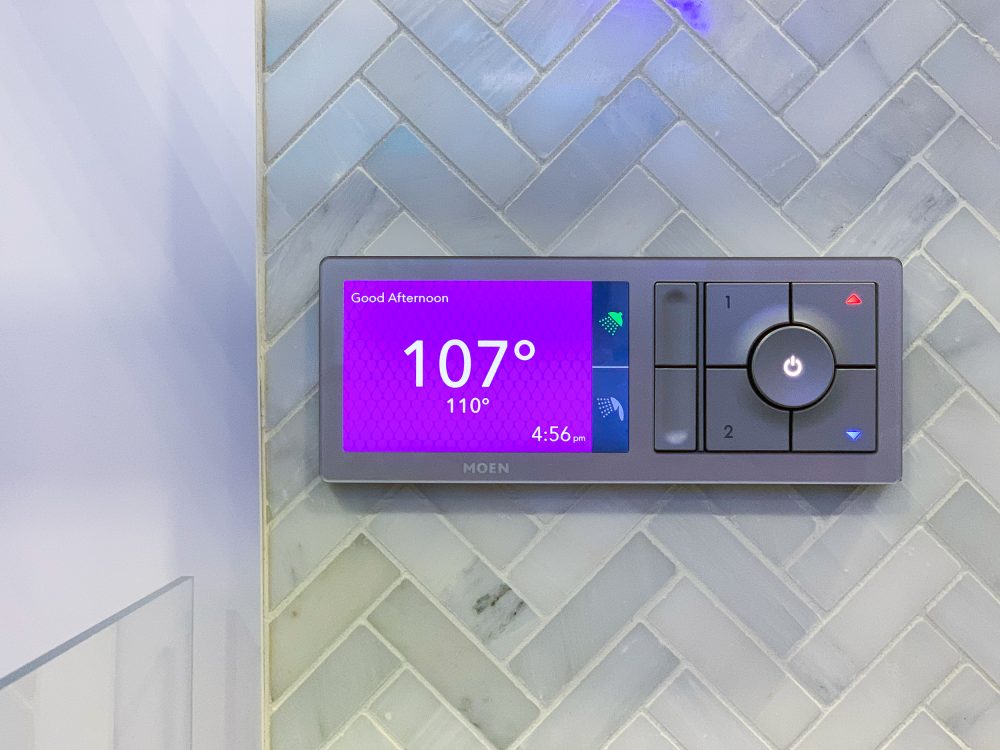 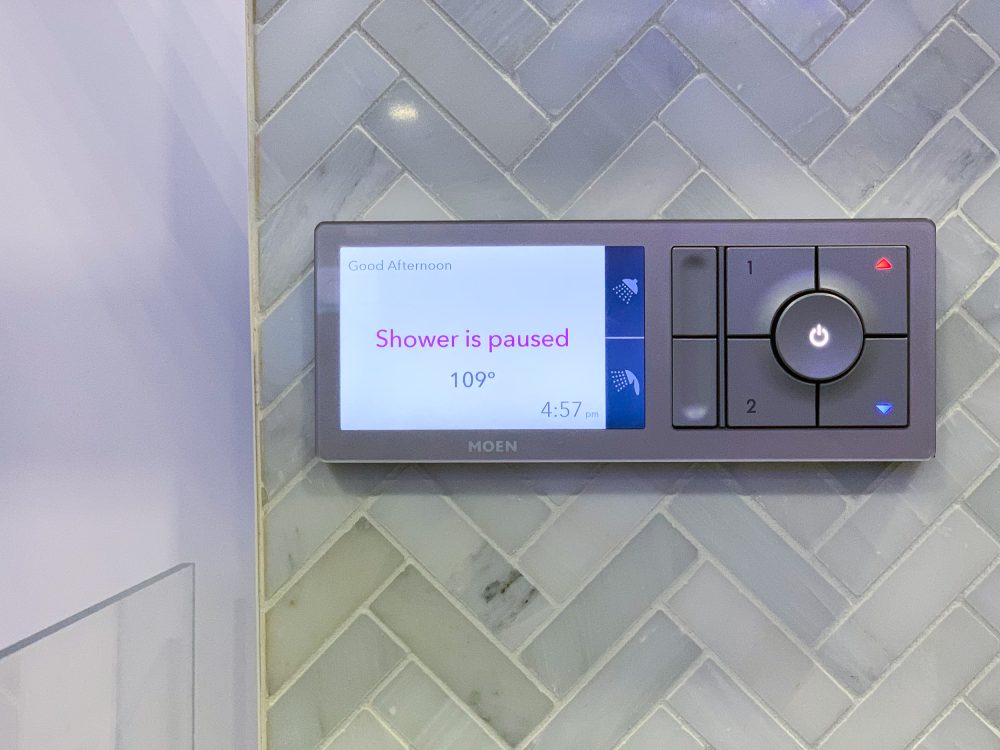