Moser creates a $350,000 Apple Watch-inspired mechanical watch with no hands 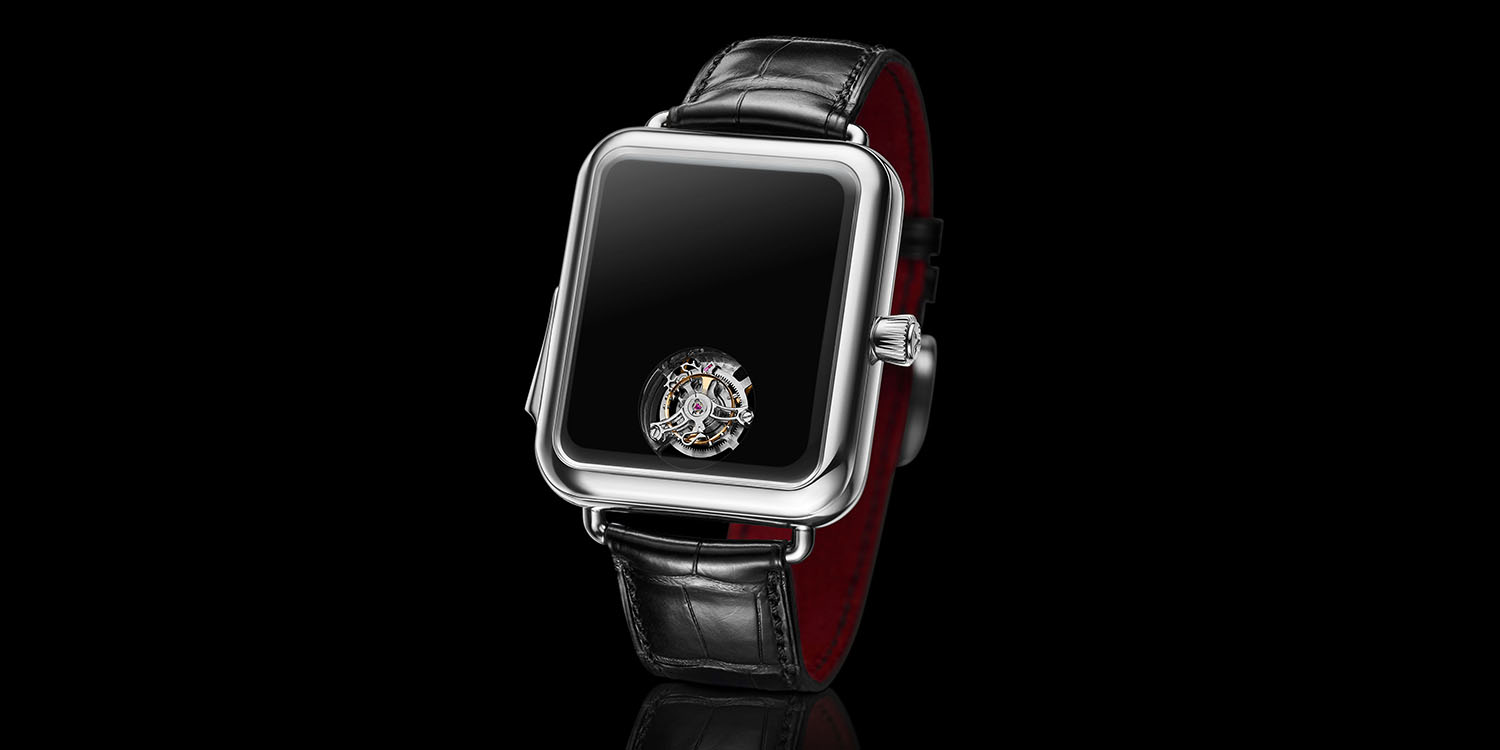 The Swiss watch industry isn’t overly happy about Apple becoming the top-selling watch brand in the world, and has tried various different routes in an attempt to fight back. Moser has already copied both the Apple Watch design and promotional video style, and is back with an even more bizarre dig at Apple’s offering this time …

Its previous effort, the Swiss Alp Watch, essentially copied the case style of the Apple Watch to created a $25,000 mechanical imitation. This time, notes Engadget, it has used a similar case design to do something both stranger and wildly more expensive, at a cool $350,000.

The Swiss Alp Watch Concept Black [is] a mechanical watch that once more riffs on Apple’s design but doesn’t even have hands or a dial — the only thing on the front is a flying tourbillon mechanism to counteract the effects of gravity.

Instead of looking at the watch to check the time, you’re suppose to sound a minute repeater whose chimes will tell you if you’re running late. This is supposed to be a callback to a time when you needed a repeater to tell the time in the dark, but it also happens to resemble an Apple Watch with the screen turned off.

Having invented a watch that takes considerable time to work out, er, the time, as you have to lift it to your ear and listen to the chimes, Moser presents it as an alternative to a time-wasting Apple Watch.

The Swiss Alp Watch Concept Black marks a return by the Schaffhausen-based Manufacture to the fundamentals of traditional watchmaking, restoring the watch to its rightful place as an instrument for measuring time which sounds the hours, and not a time-wasting “smart” device displaying notifications.

You might wonder how you set the time on a mechanical watch with no hands or markings, but Moser has you covered.

Even the time setting system is discreet with adjustments made via the crown. A marking engraved on the crown allows the time to be corrected using a graduation, which only appears when the crown is pulled out, with twelve indices each representing five minutes. A subtle system that respects the minimalist spirit of the model.

So you can see the time when you set it, just not when you want to see what time it is. But there’s a good reason for that blank display, says Moser.

[The design leave it] looking like a smart watch on standby.

Glad we cleared that up.