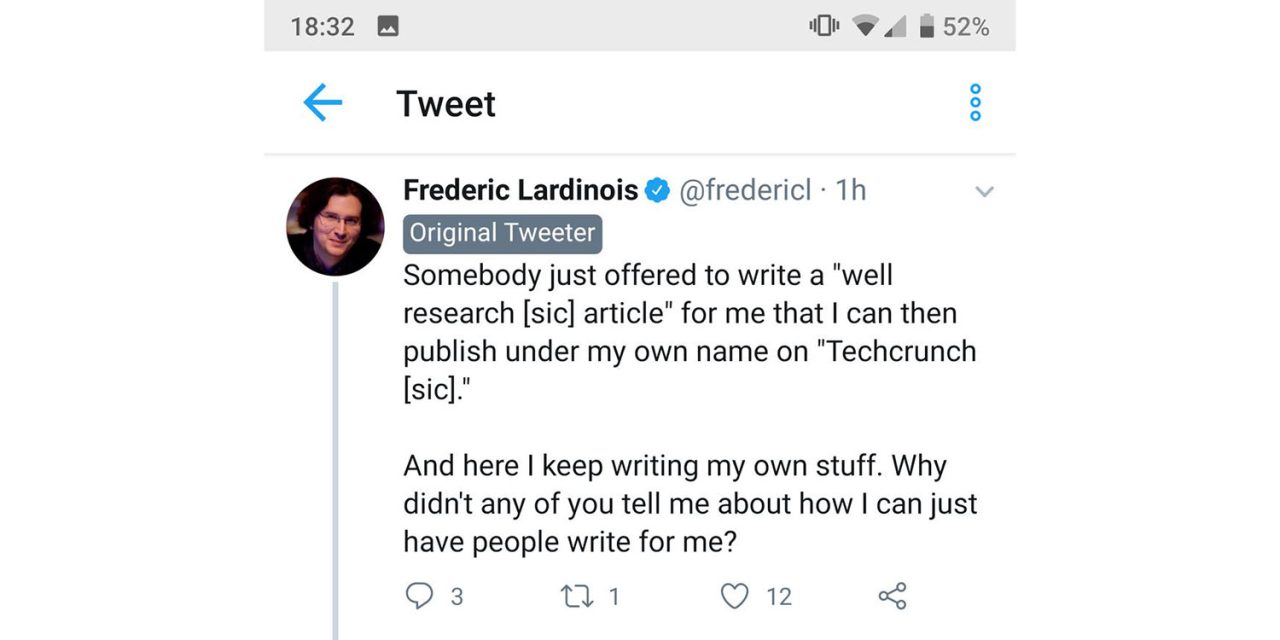 Fake Twitter accounts can range from mildly annoying through to fraudulent, and the company is testing a new ‘original tweeter’ feature designed to help you identify genuine accounts from copycats …

Although the blue ‘verified’ checkmark was supposed to do that job, Twitter got into a bit of a mess with it. It initially limited the verification to those deemed ‘public figures,’ before later saying it would open applications to everyone, but put the program on hold after it emerged that it had inadvertently verified accounts belonging to neo-Nazis and conspiracy theorists.

Twitter’s latest idea is to help spot when a fake account posts in a thread started by a well-known person. Thread replies by the person who started the thread are given an ‘Original Tweeter’ tag.

Twitter confirmed the experiment to TechCrunch, noting that the tag has been rolled out to a “small percentage” of iOS and Android users across markets.

“Twitter’s purpose is to serve the public conversation. As part of this work, we’re exploring adding more context to discussions by highlighting relevant replies – like those from the original Tweeter,” Twitter’s Director of Product Management Sara Haider told TechCrunch in a statement.

In practice, this will probably be most helpful for situations like distinguishing Elon Musk from the Ethereum-hocking false copies popping up below him, ensuring that users don’t have to read every character of a user’s handle before they can tell if it’s trusted information.

This solution obviously only helps users distinguish the “owner” of the thread they are viewing, but it’s a worthwhile start.

The ‘original tweeter’ tag is obviously most useful when associated with verified accounts, so it would seem Twitter still needs to revisit that issue at some point.

As with all Twitter tests, there’s no knowing whether this one will be rolled out more widely.