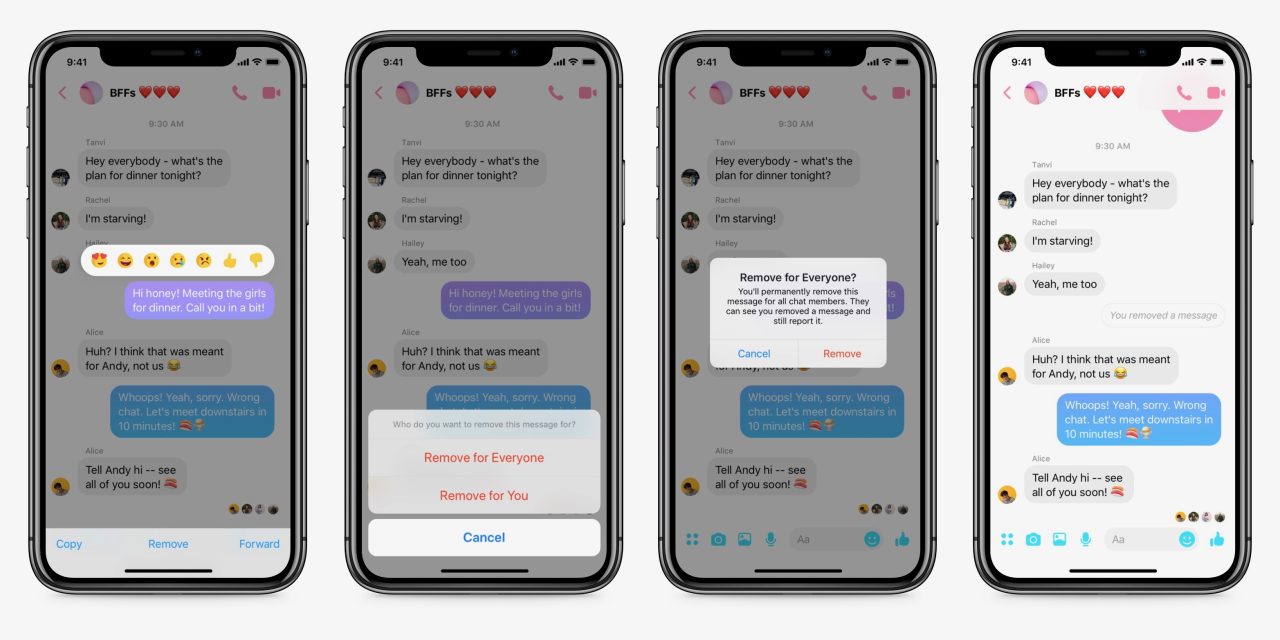 Facebook has followed through on giving all users the option to unsend messages after it was discovered that CEO Mark Zuckerberg had access to the exclusive option last year. Here’s how the new feature with a limited time window works…

We reported last fall on the news that Facebook was working on the unsend message feature with a 10-minute window. Here’s how the company described it:

Coming soon: Remove a message from a chat thread after it’s been sent. If you accidentally send the wrong photo, incorrect information, or message the wrong thread, you can easily correct it by removing the message within 10 minutes of sending it.

It was back in April of last year that news first broke that Zuckerberg was deleting private messages after sending them.

As reported by TechCrunch, Facebook is now rolling out the unsend feature called “Remove for everyone” to all users starting today for its Messenger platform.

“Remove for everyone” to help you pull back typos, poor choices, embarassing thoughts, or any other message.

Within the ten-minute window, users will see a few options when tapping on a message they’ve sent.

For up to 10 minutes after sending a Facebook Message, the sender can tap on it and they’ll find the delete button has been replaced by “Remove for you”, but there’s now also a “Remove for everyone” option that pulls the message from recipients’ inboxes.

However, those you’ve sent the messages to will still see an alert that a message was removed.

They’ll see an alert that you removed a message in its place, and can still report the message to Facebook.

What do you think? Is this something you’ll find useful or is it an unnecessary complication? Share your thoughts in the comments below!