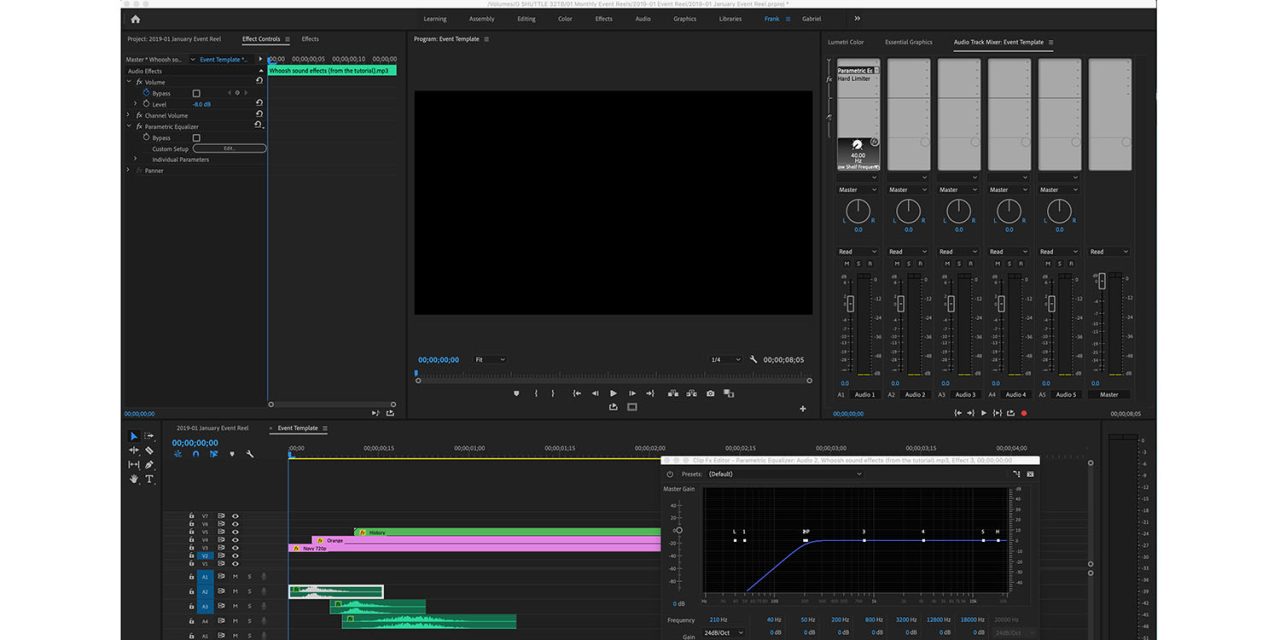 Software bugs can be annoying, in the worst cases resulting in lost work. But some Adobe Premiere CC users are reporting that the app has an even more damaging bug – blowing the speakers in their MacBook Pro machines …

I have a new 2 month old 15″ MBP. I Was working on a project, macbook volume was about on half, when suddenly an audio bug occurred with really loud screatching noise and not letting me pause it. After it stopped, the speakers were really quiet, and after the next restart they’re clearly blown.

I just blew my speakers (Macbook Pro 15″ 2018) on Adobe Premiere. They are permanently Damaged. I was using the Adobe Premiere 2019 Audio suite for background sound and while tweaking the settings it made a loud distorted noise that hurt even my ears. after that my speakers are unusable.

That happened to me as well.  Both times I put a song in the timeline and went to adjust the volume and it made a horrible loud noise and blew my speakers. I couldn’t mute it or anything.

All-in, there are more than a dozen people reporting the problem.

The incidents seem to occur when using one of a number of Adobe Premiere CC audio enhancement tools, such as cleaning up the audio or enhancing the speech.

One Adobe rep reportedly advised ensuring that the microphone was off when using these tools. This can be done in Preferences > Audio Hardware > Default Input > No Input. This suggests that a feedback loop may be responsible, the microphone picking up the speaker output and amplifying it.

Update: We’re also getting a few reports on Twitter since posting this.

Got the same! Right speaker is blown up

The relatively small number of reports indicates that it isn’t a widespread issue, otherwise we’d be hearing a lot more about something this serious. But there’s enough consistency to suggest that it’s not just random glitches in individual machines.

You can see a video of the problem below (turn your volume to minimum!). We’ve reached out to Adobe for comment and will update with any response.