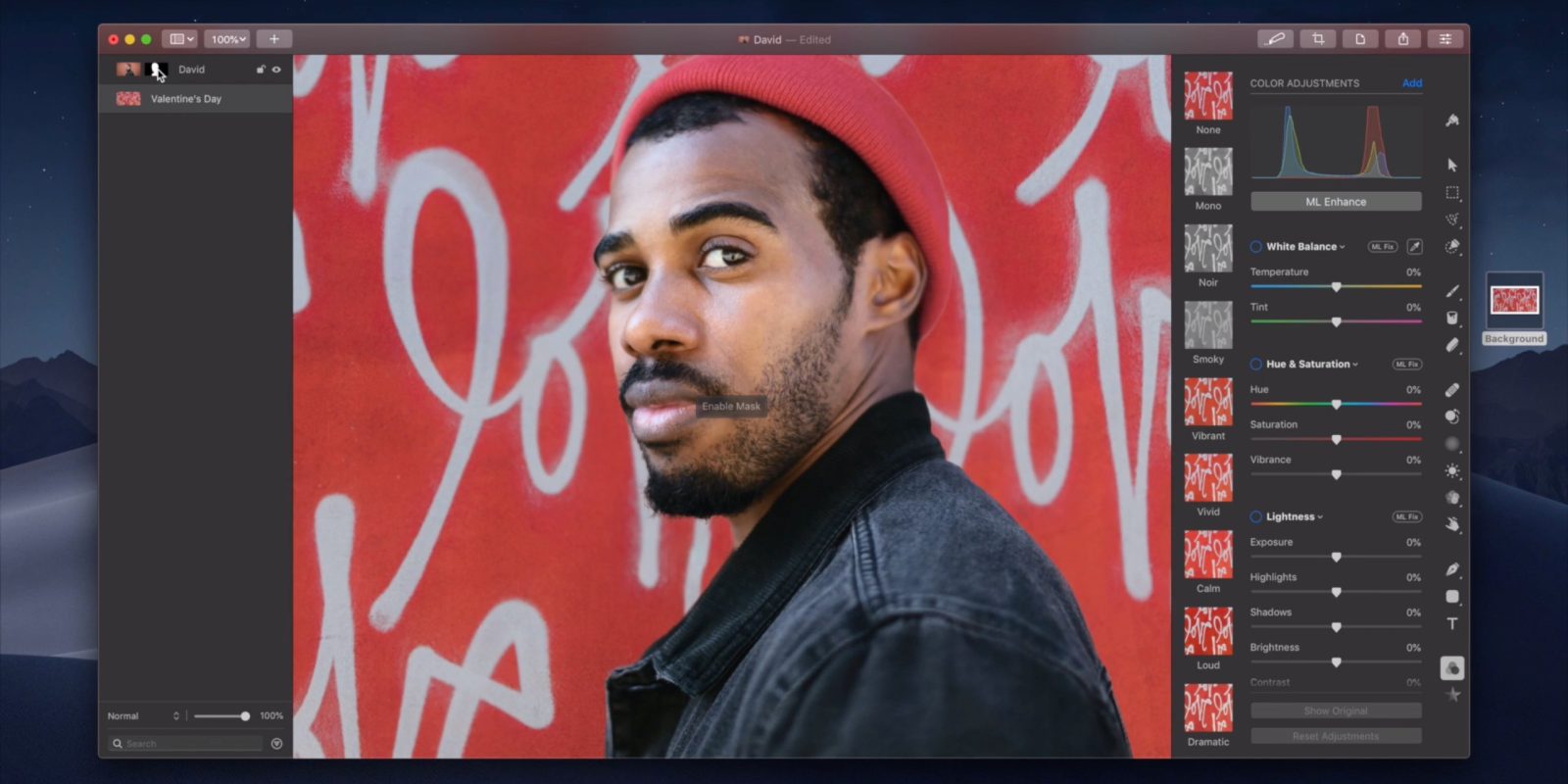 Pixelmator Pro 1.3.1 has just been released to the Mac App Store, the app can now import iPhone Portrait photos and automatically extract the depth data as a masking layer. You can then enable the mask in one click to isolate the foreground from the background. There’s also a fun new comic book effect.

Pixelmator Pro can extract depth masks from iPhone Portrait photos taken on iOS 12 or later. To use the feature, you simply import a Portrait photo into Pixelmator and it automatically makes a mask from the depth data.

The mask is visible in the layers sidebar, adjacent to the actual image. However, it is disabled by default. To enable it, right-click on the layer and select ‘Enable Mask’. You can then add content in a layer beneath the photo to adjust the background.

Version 1.3.1 also now defaults to always using document tabs by default. This means when you open a new Pixelmator Pro project, it opens as a tab rather than a window. You can turn this off in Pixelmator’s Preferences window and change it to respect the standard system settings.

The team also added a bevy of new keyboard shortcuts, and fixed a laundry list of bugs, which you can read about in the release notes. Finally, there’s a new Comics effect which simulates a comic-book style filter, similar to what you can find in Photo Booth.

Just for fun, I combined the new Portrait masking with the Comics effect to create the following ‘work of art’. It was pretty nice not to have to meticulously cut around my outline with a selection tool, and just immediately apply an adjustment. Obviously, in real world usage, you would opt for something more subtle. 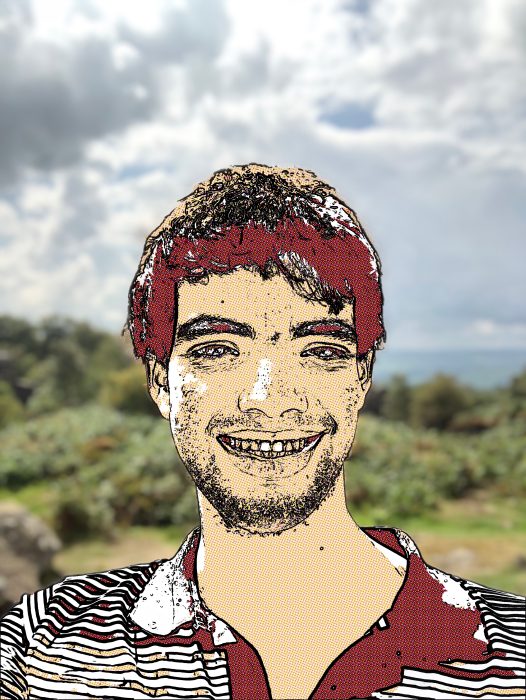 Get Pixelmator Pro from the Mac App Store for $39.99. As usual, the update is free for existing customers.