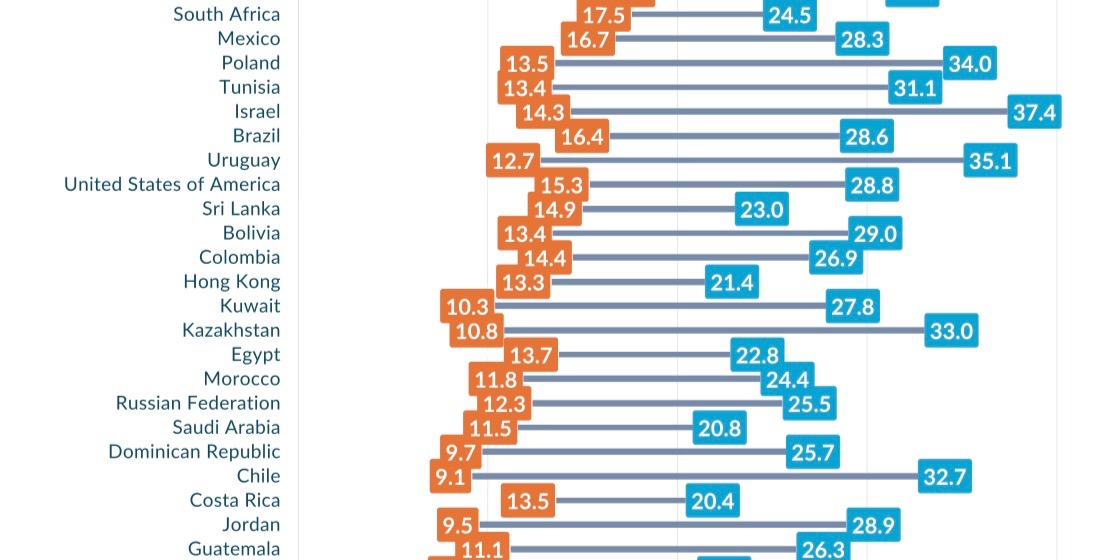 A new report from Opensignal today takes an in-depth look at global 4G network performance across 77 countries. As it highlights the shortcomings of 4G, the report shares how 5G should solve many of the pain points like network congestion and widely variable network speeds. Among other interesting points, it also ranked the countries it tested with the US coming in 47th out of 77 for average download speed.

Opensignal notes its testing was at a very large-scale made up of 585,738,011,995 measurements  on over 94,000,000 devices across 2018. One key finding from the study was how much 4G speeds can vary based on the time of day. Stateside, average 4G download speeds are almost half as slow during the busiest hour of the day.

At a national level, average 4G download speeds in the U.S. ranged from 15.3 Mbps at the busiest hour — when the most users were consuming the greatest amount of data on the network — to 28.8 Mbps at the quietest hour.

Opensignal found the busiest hour of the day (slowest speeds) to be 9pm local time, with the least congested and fastest hour to be 3am.

The report put the US average 4G download speeds at 18.1Mbps, while not surprisingly, South Korea took first place with an average of 47.1Mbps and peak speeds of 55.7Mbps, roughly double the fastest speeds seen in the US. 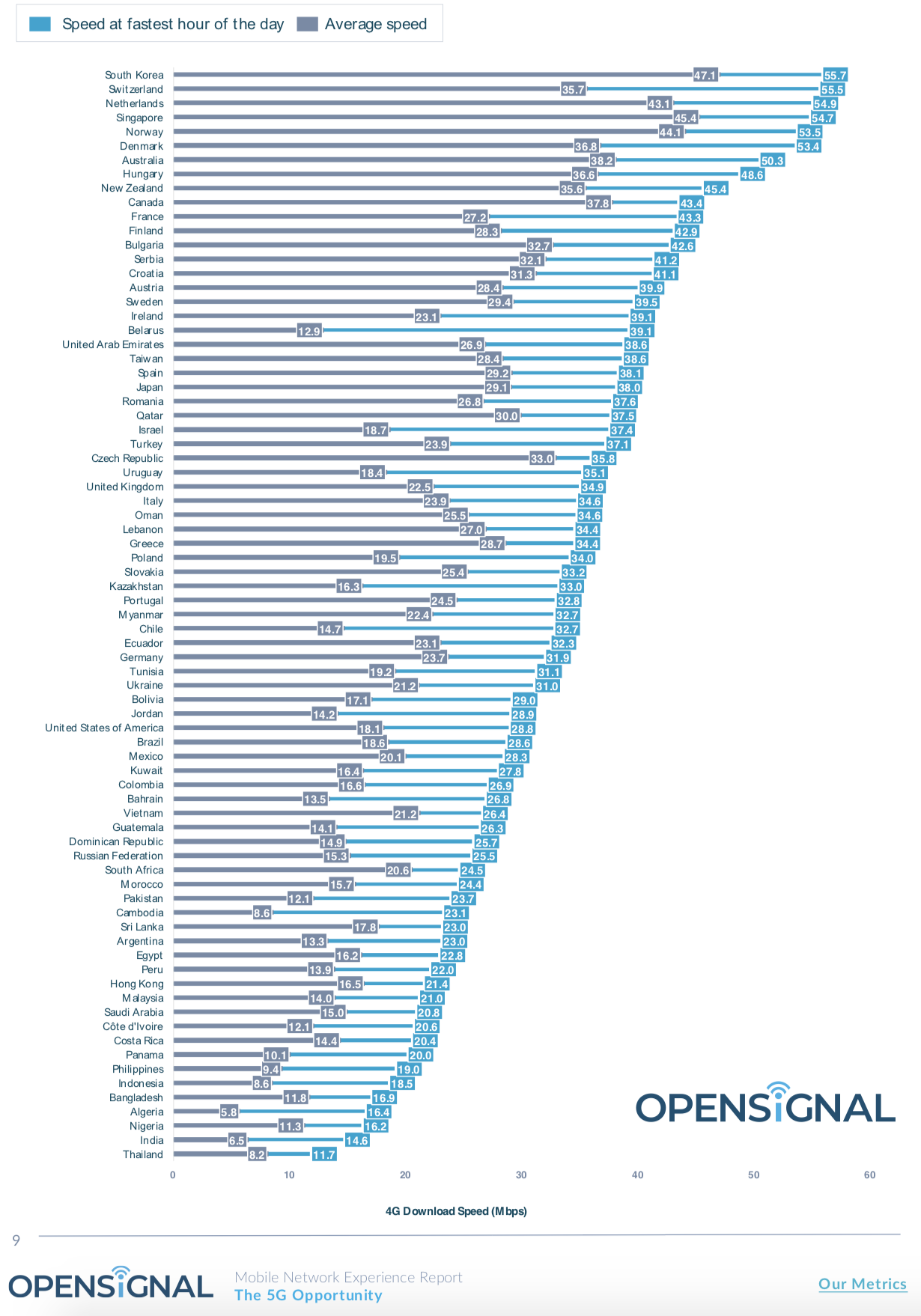 A recent Opensignal report put the average iPhone XS and XS Max cellular speeds in the US just over 20Mbps, slightly edging out the 18.1Mbps average seen across all smartphones in this most recent study.

As for how 5G will help with issues like network congestion that 4G suffers from, Opensignal shared:

Check out the full in-depth 4G study from Opensignal here.