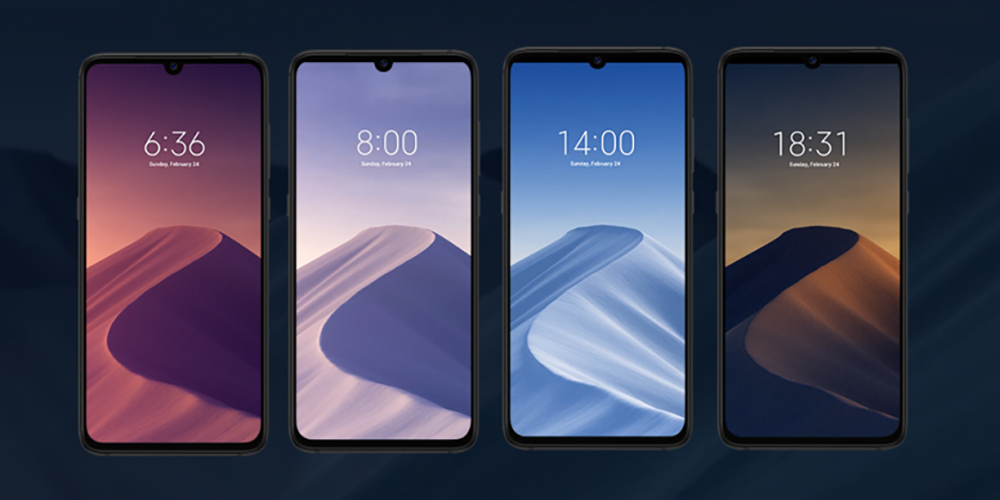 Xiaomi owes its very existence to Apple, created to bring Apple product clones to the Chinese market. The company did seem to have somewhat succeeded in finding its own identity more recently, but it’s back to its old tricks with its latest Mi 9 smartphone, due to launch on Sunday …

The Verge spotted a teaser image of the phone.

The signature wallpaper for Apple’s macOS Mojave features sand dunes, segmented by a pretty undulating curve, and it changes with the time of your computer so you see light dunes in the day and a dark scene at night. It’s a neat, organic little feature. It’s also been shamelessly ripped off by Xiaomi, whose latest flagship device, the Mi 9, doesn’t even try to have a different background and just recreates the entire idea of colors shifting with the time of day. I guess Xiaomi will want credit for expanding the color palette a little, but I’ve got none to give. This is embarrassingly obvious and unnecessarily brazen […]

This Xiaomi move runs counter to the design and engineering goodwill that the company has been building up over the past couple of years. It’s a deliberate sidestep from just copying the iPhone’s wallpaper, which Xiaomi has done in the past, and it’s indicative of a company that seems unwilling to rely solely on its own ideas and capabilities.

Xiaomi has in the past copied almost every element of its product range and marketing from Apple. It named its first products the Mi Phone and Mi Pad.

Its first Mi Pad was a blatant copy of the iPad mini, both in terms of the hardware and a forked version of Android intended to provide an iOS-like UI. Last year’s Mi 8 was a close copy of the iPhone X design. And this year’s AirDots are an obvious copy of Apple’s AirPods.

When it came to marketing, Xiaomi stole everything from Apple’s website design to its keynote presentation format, right the way down to its CEO wearing blue jeans and black turtleneck shirt and using the phrase ‘One More Thing.’