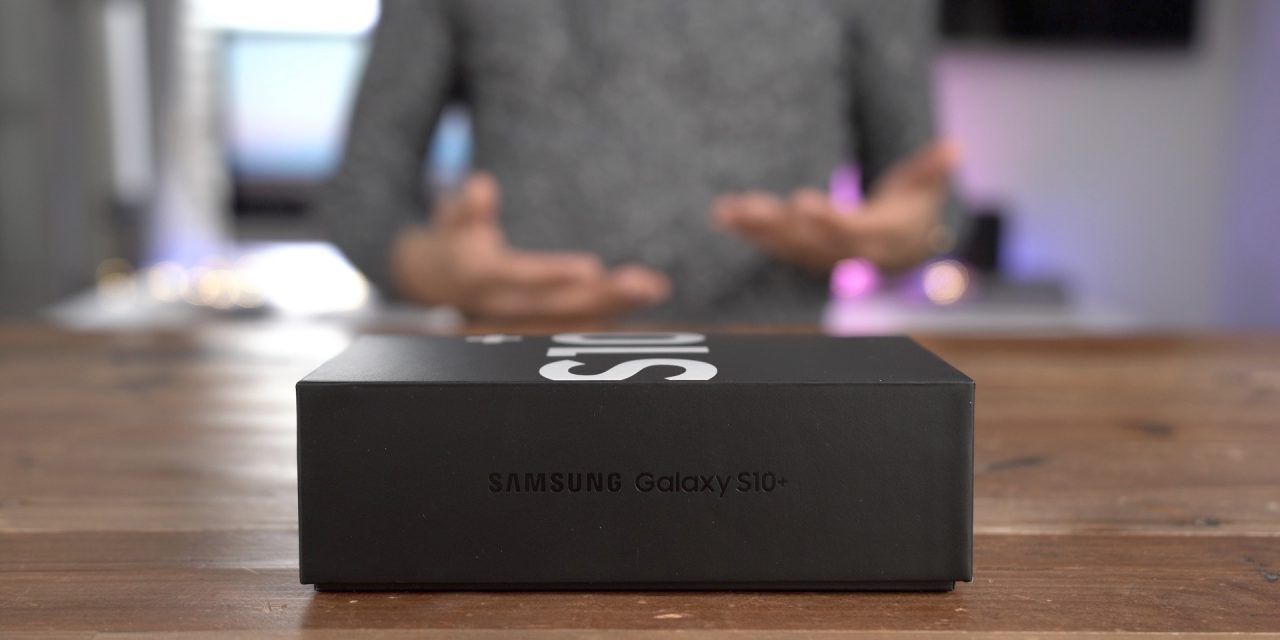 Today I got my hands on Samsung’s Galaxy S10+ for the first time. It being a direct competitor to Apple’s iPhone XS Max, I wanted to see how the two devices compared. In this initial hands-on video, I talk about my initial impressions about the Galaxy S10 from an iPhone user’s perspective.

You can make the argument that Samsung’s eco packaging is more environmentally friendly, with the lack of a cellophane exterior. But even the way that the contents of the package jostles around in the box prior to the unboxing feels cheap, for lack of a better word.

One of the things that irks me about modern iPhones is that Apple still refuses to pack in a charger capable of fast-charging, even though iPhones have supported faster charging for some time now. Apple still packs in its 5W USB adapter, and USB-A to Lightning cable, which is just sad at this point.

The S10+ includes a faster charger, but as 9to5Google’s Ben Schoon points out, Samsung has fallen behind its Android contemporaries:

Fast charging is a very important part of smartphones today, so it’s a shame when flagships come with chargers that are slower than they can and should be. Apples aside, Samsung has been including the same fast charging tech in its flagships since the Galaxy S6, and it’s getting old at this point. The Galaxy S10, S10+, and S10e still ship with that same Adaptive Fast Charger, but the S10 5G ups the ante a bit.

I supposed both Samsung and Apple could stand to make improvements in this area. 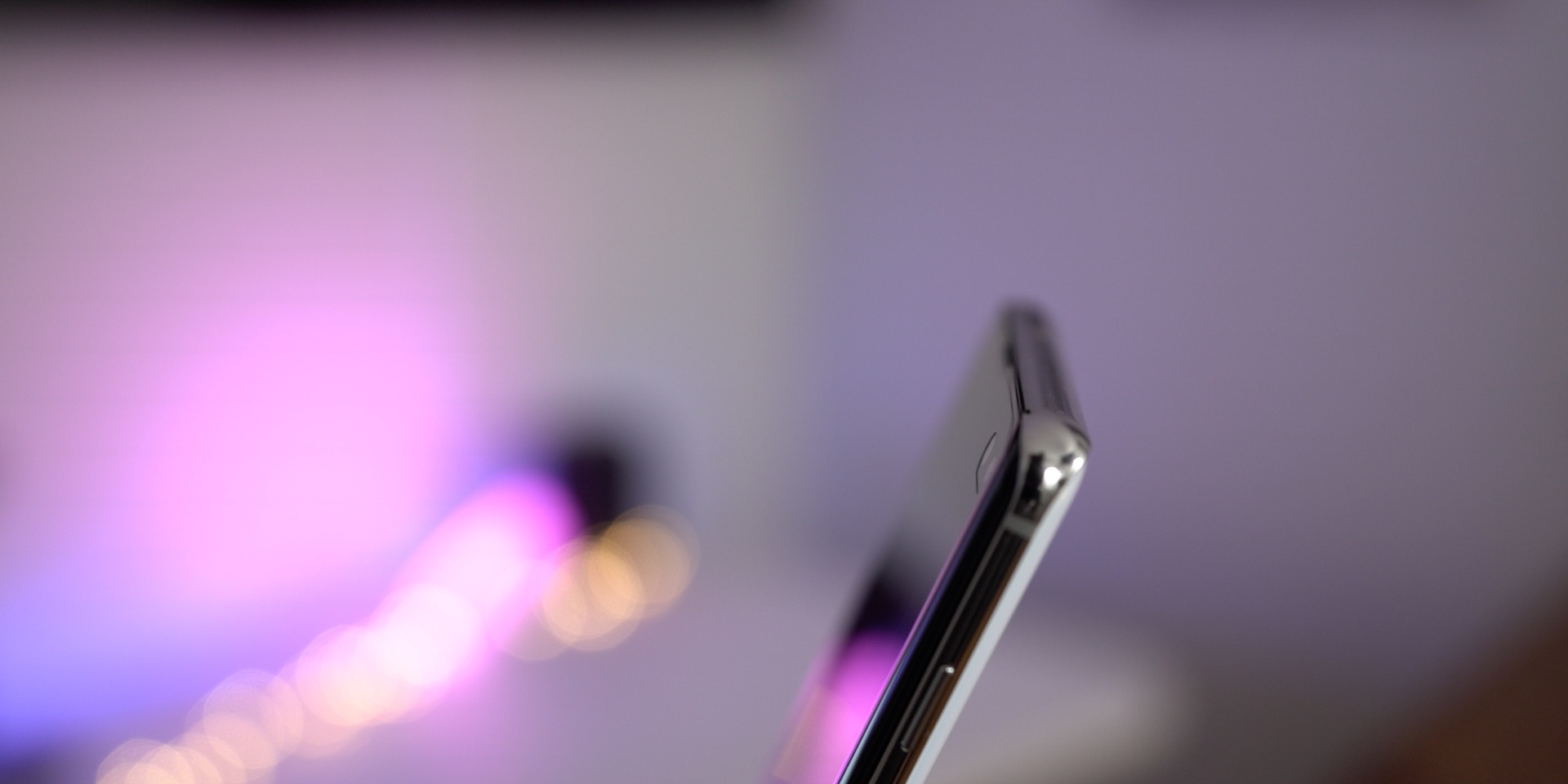 Although many Galaxy S10 users will opt to remove the screen protector, or remove it and replace it with a more robust third-party protector, I appreciate the fact that I could just roll with the one installed out of the box if desired.

Samsung does a good job with its initial set up, which is voice-driven for ease-of-use. First-time Galaxy users, and those who aren’t constantly knee-deep in tech, will appreciate the guided-walkthrough. Apple has streamlined much of the iOS initial setup over the years, but adding optional voice guidance would enhance the experience.

One of the annoying things about the iPhone is its asymmetrical camera bump, which causes the device to wobble when resting face up. A good case largely mitigates this issue, but if you like to use your iPhone without a case, phone wobble is a part of the experience. 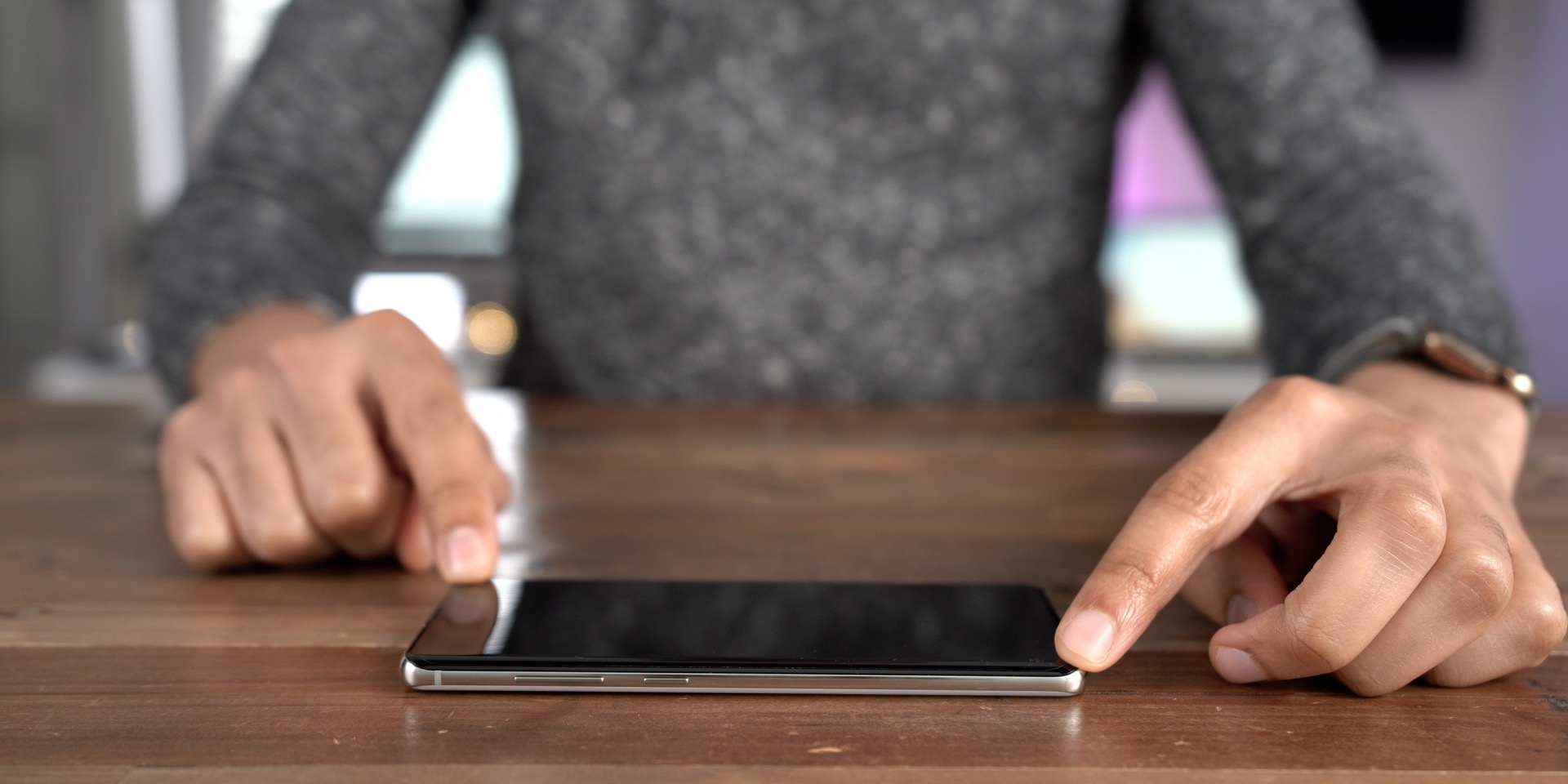 Although the Samsung Galaxy S10+ features a small amount of wobble, it’s not as noticeable thanks to the symmetrical camera housing in the middle of the upper-portion of the phone’s body.

Samsung, who’s been consistent in making fun of the iPhone’s lack of a headphone jack, made sure to retain the legacy connection in its latest flagship endeavor. To be sure, this is a win for those who prefer using wired headphones with the traditional connector. 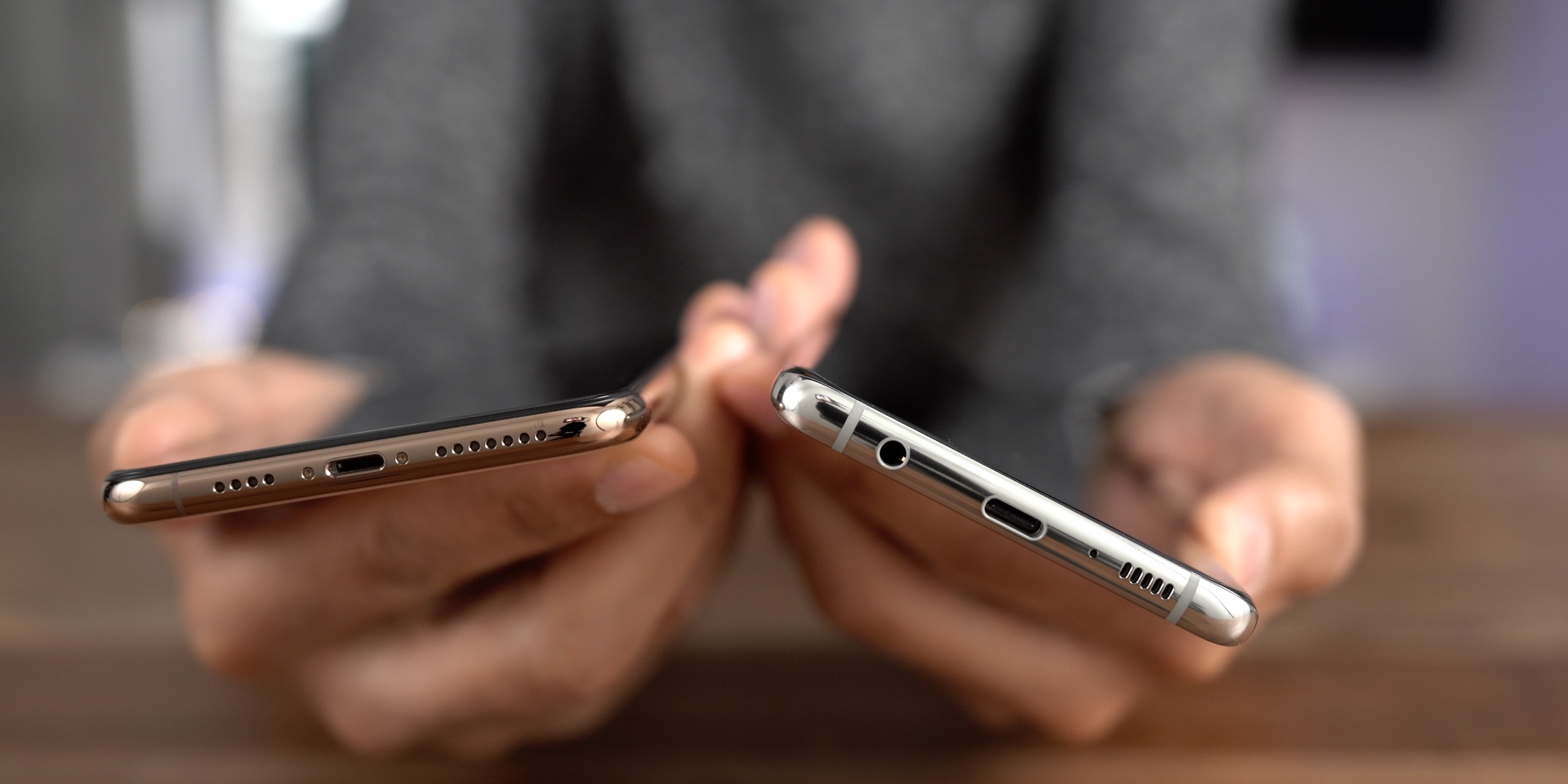 Now that we’ve moved on to USB-C in the iPad Pro, and nearly every Mac that Apple sells sports USB-C, it’s time for the iPhone to move in that direction as well. Lightning has its advantages, such as its smaller form factor, but USB-C, a potential do-everything connector, makes more sense in the grand scheme of things. 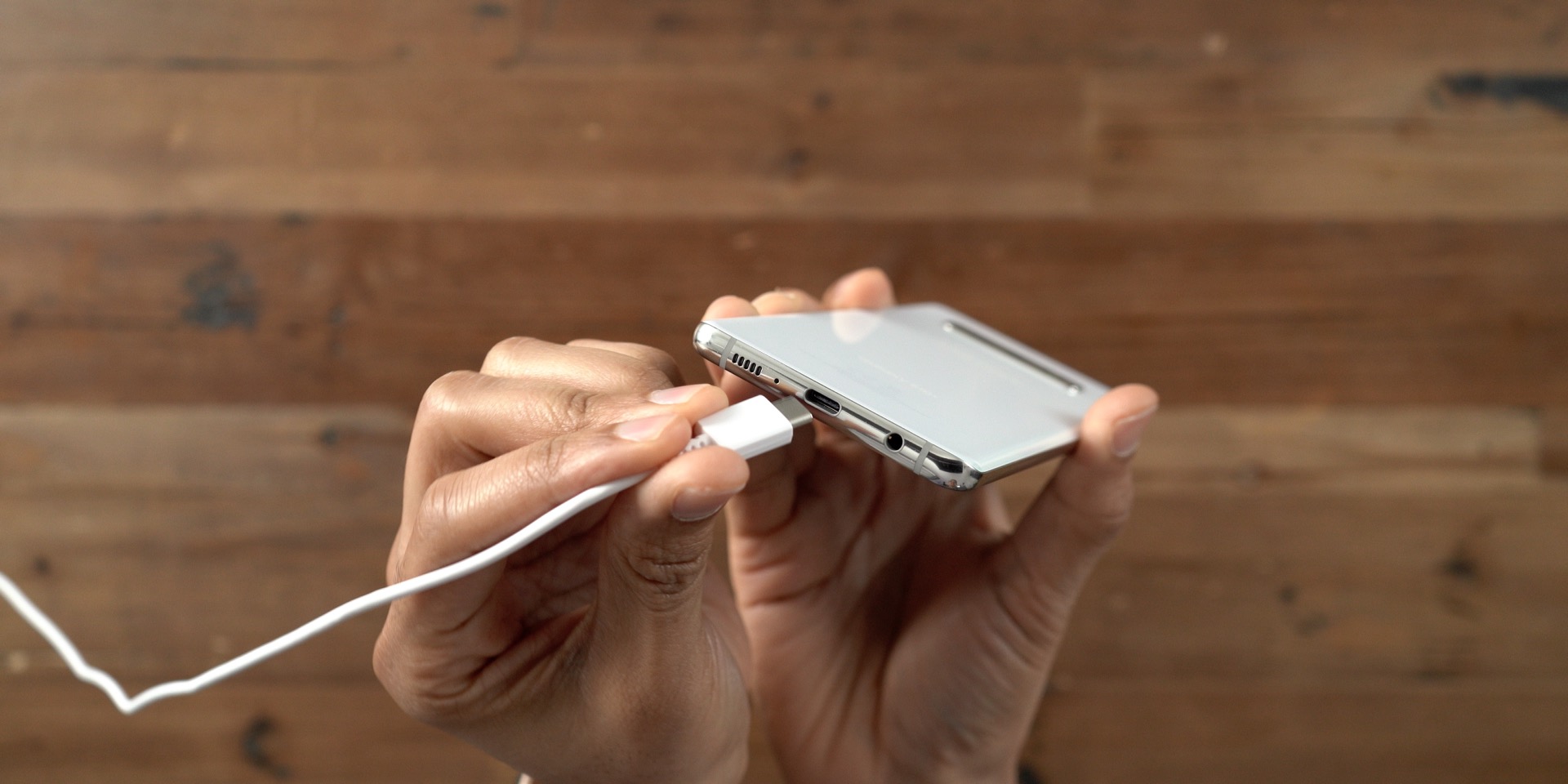 Samsung likes to tout the lack of a notch in its press materials, but how much better is the company’s “Infinity-O” hole-punch display?

Like many things about the Samsung Galaxy S10+, I find that it’s a mixed bag. One one hand, I prefer the hole-punch display, especially when watching zoomed-in videos that take up the whole screen. I think the hole-punch provides a better video-watching experience when compared to the notch. 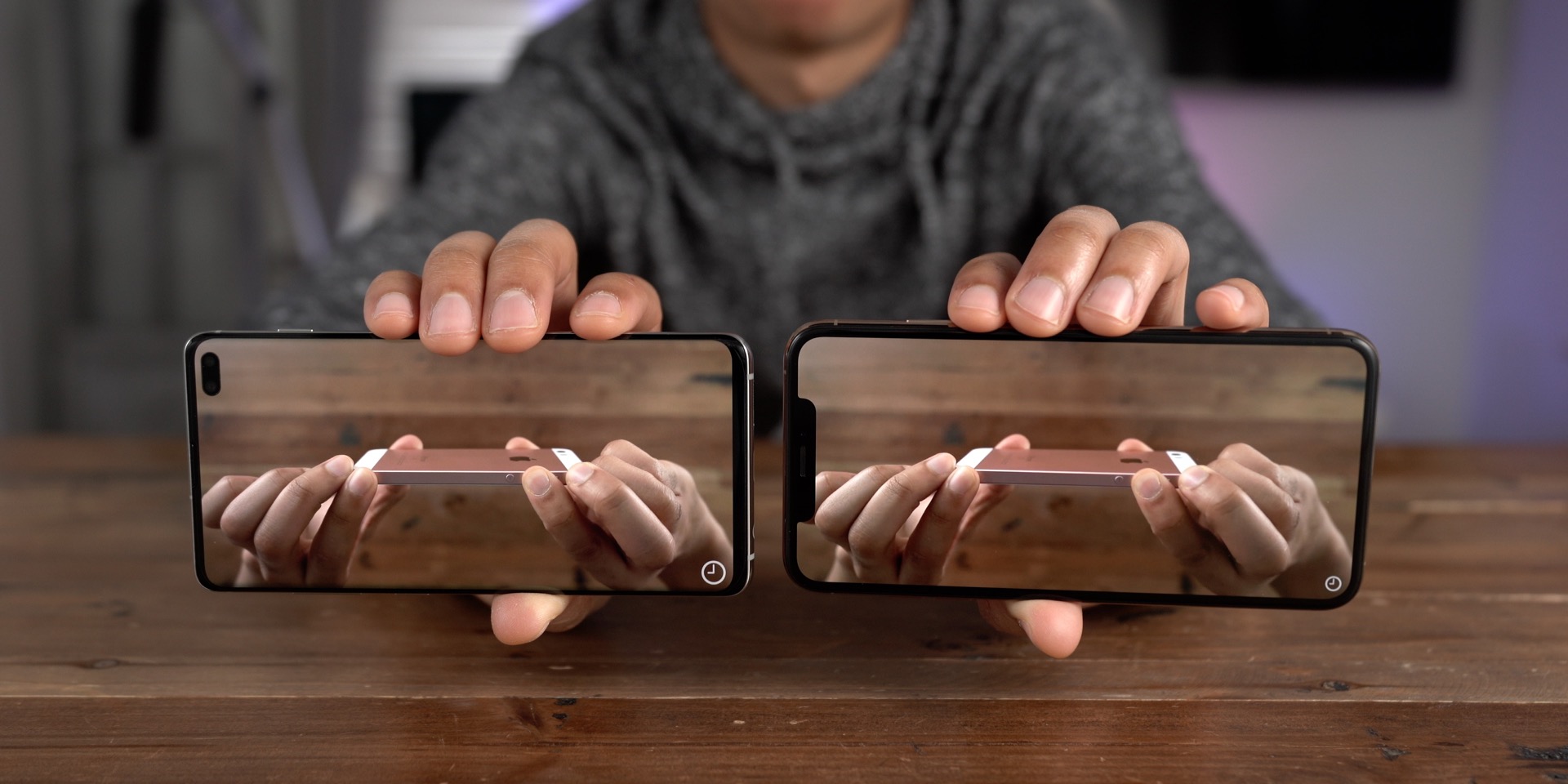 One the other hand, the hole-punch display is limited in some respects, such as when viewing a web page in zoomed-in landscape orientation. Samsung’s software doesn’t take up the full display area and instead cuts off at the hole-punch, leaving a large panel of black space on the edge of the display. 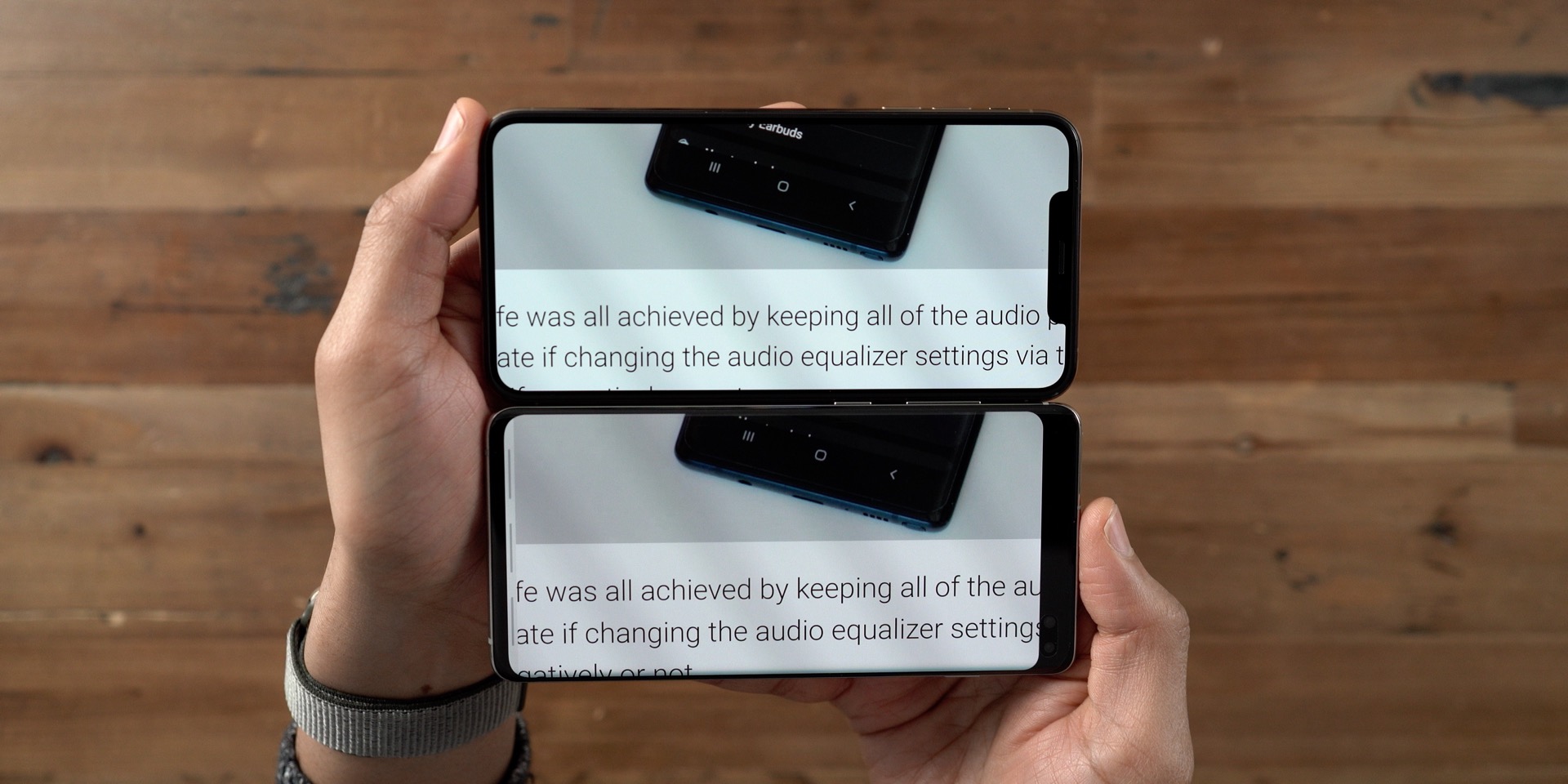 Face recognition on the S10+ is laughable

With the Galaxy S10, Samsung abandoned its better, and more secure iris scanning tech — bundled as a part of its Intelligent Scan authentication — in favor of the “Infinity O” display hole punch camera design. 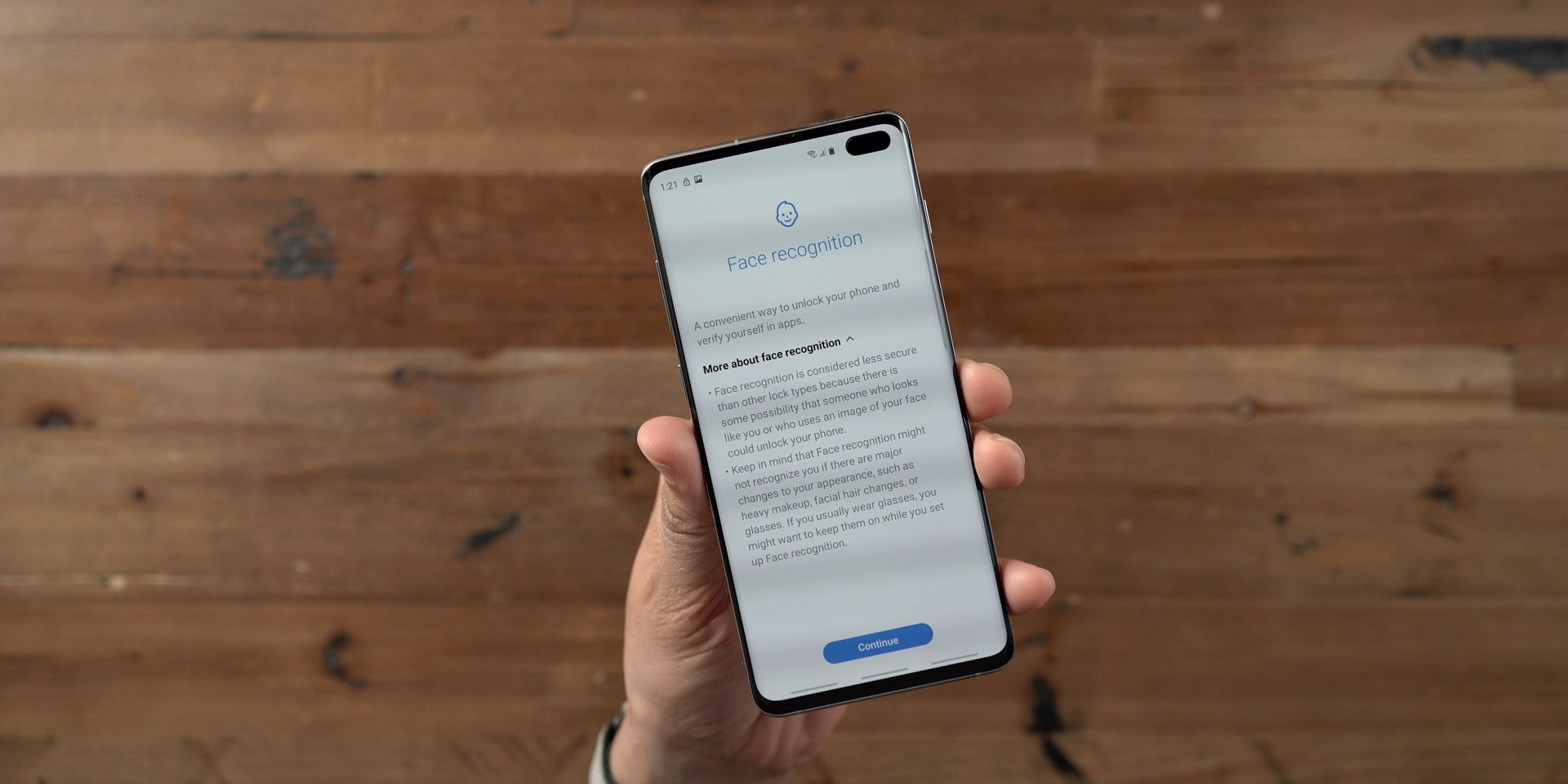 Features like this, half-baked, throw-it-in-just-to-add-another-bullet-point facial recognition are simply cringeworthy. Why even include such a feature?

Instead of a physical fingerprint reader, Samsung engineered an in-display sensor. On the surface, this is an impressive feature, but it’s a mixed bag in real-world day-to-day usage. 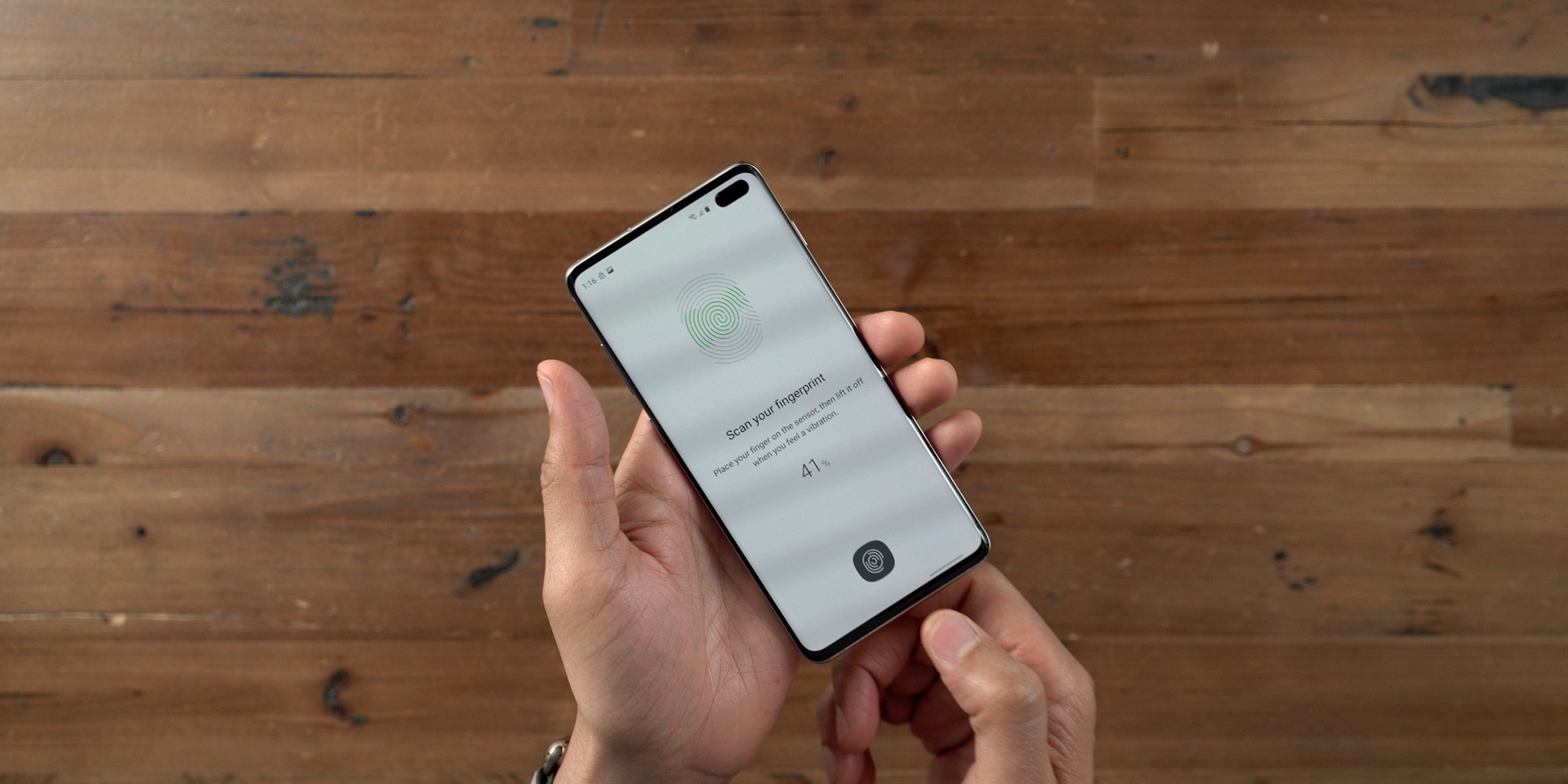 To be fair, I find that the fingerprint sensor works decently well in most use cases, simply rest your finger on the dedicated place on the display and it unlocks, but it can be surprisingly laggy, and outright hit or miss for seemingly no reason at all. I partially chalk this up to the fact that there’s no tactile feedback when placing your finger on the sensor area, since the display is just a piece of smooth glass. 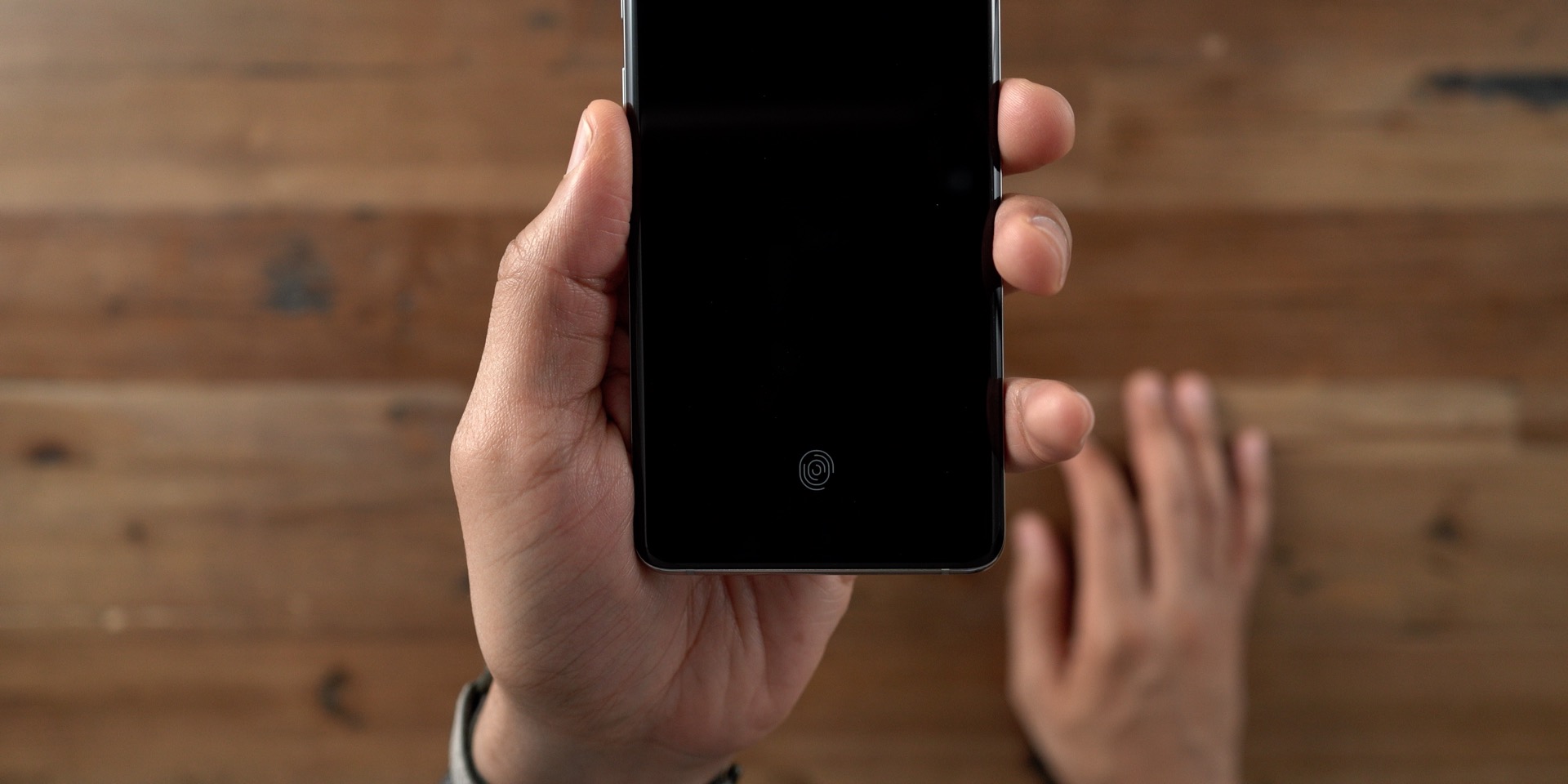 Here’s something else to consider: those that like to unlock their phones while simultaneously pulling the device out of a pocket will have a more difficult time doing so due to the lack of tactile feedback.

Even Samsung fans agree that the company’s Bixby voice assistant needs a lot of work, but at least you can now map the button that was previously dedicated to invoking Bixby to do other things, such as launching apps. 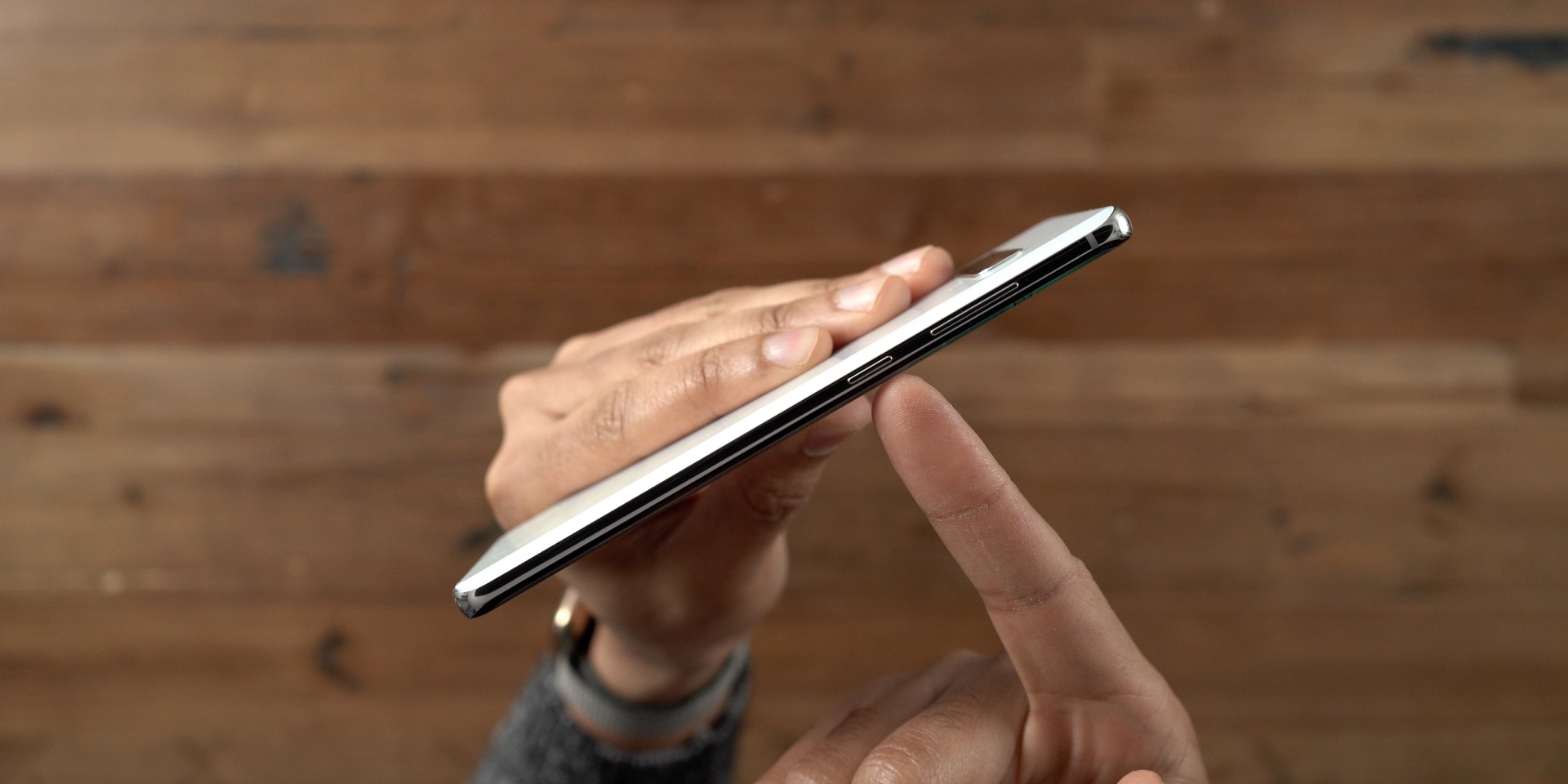 Our own Ben Lovejoy argued that a customizable physical button would be a welcomed feature on the iPhone, and while such an addition seems unlikely considering Apple’s tendency to remove buttons, I agree with his sentiments.

If you own a pair of Samsung Galaxy Buds, Wireless PowerShare — the feature that allows you to charge Qi-enabled wireless devices on the rear of the Galaxy S10+ — is an impressive feature. However, there are some things you’ll want to consider: 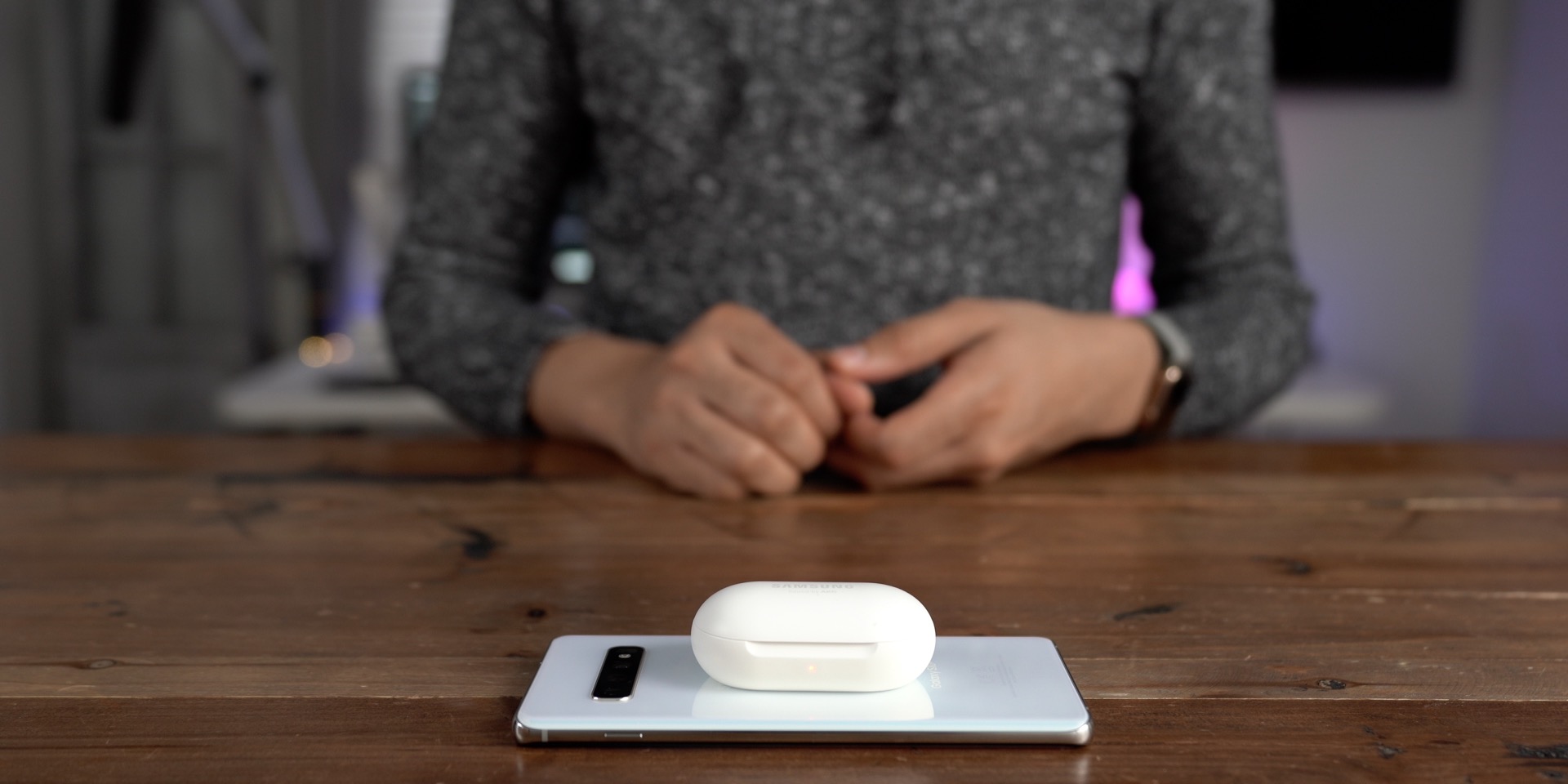 For something like the Galaxy Buds, which shouldn’t require a lot of juice, Wireless PowerShare makes sense. Charging a phone, however, unless it’s an absolute desperate situation, probably shouldn’t be done.

Samsung includes, not one, not two, but three cameras in its rear camera housing. As expected, each camera has its own dedicated focal length:

The big standout lens here is the 16MP ultra-wide, which allows you to capture a much bigger frame than either the wide-angle or telephoto lenses.

Ultra-wide angle lenses aren’t new, but it’s something that the iPhone has lacked up until now. Rumors suggest that this could be changing with a potential 3-camera array in a future iPhone, although it’s unclear exactly how Apple would wield an additional camera. 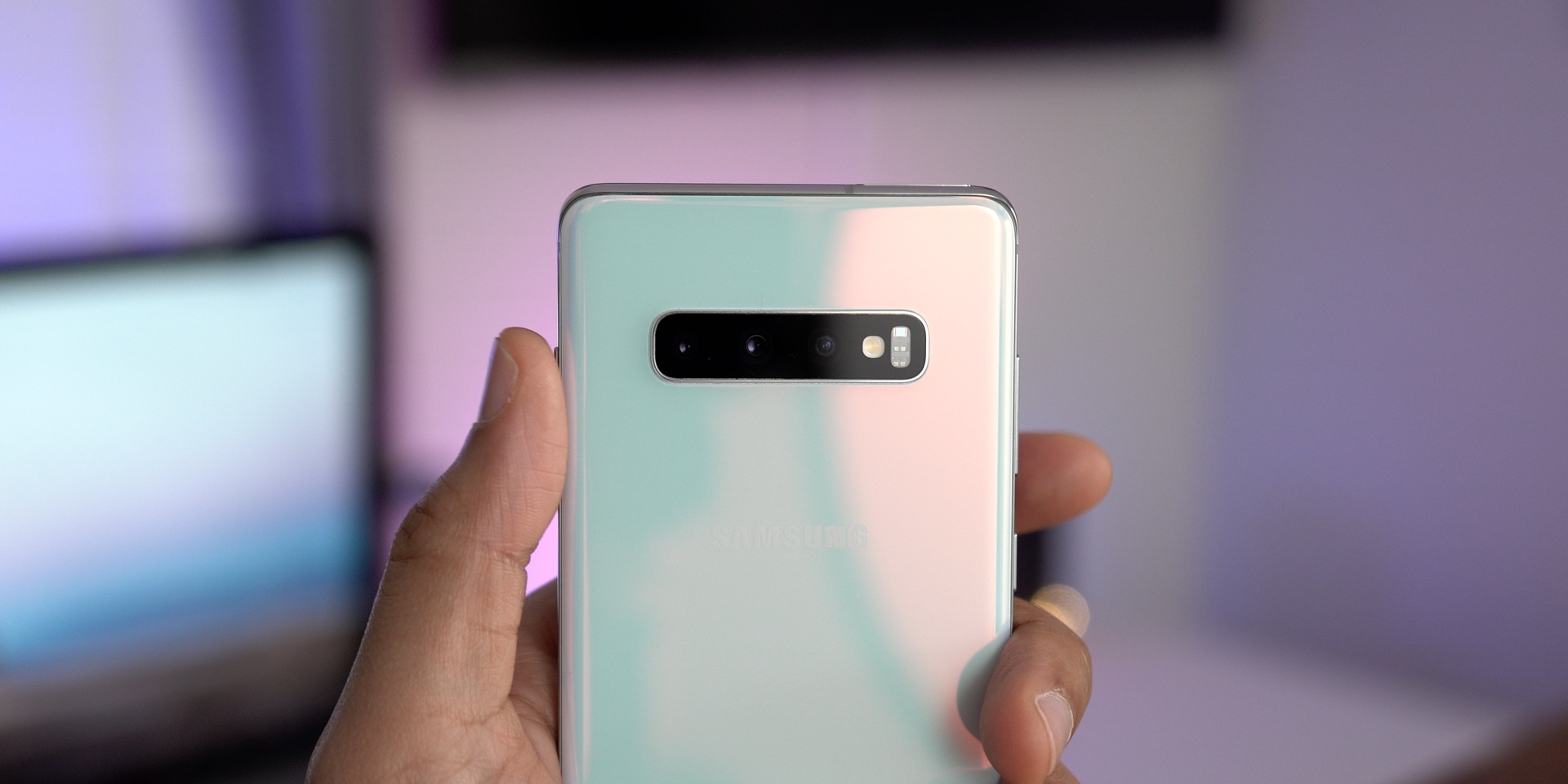 Some of the features on Samsung’s stock camera come across as somewhat gimmicky, but having a true ultra-wide camera is very handy, especially if your smartphone is the only camera that you have on you.

The ultra-wide camera is great for capturing landscapes, or other situations where you’re too close to a subject to fully capture it with the standard wide-angle shooter. 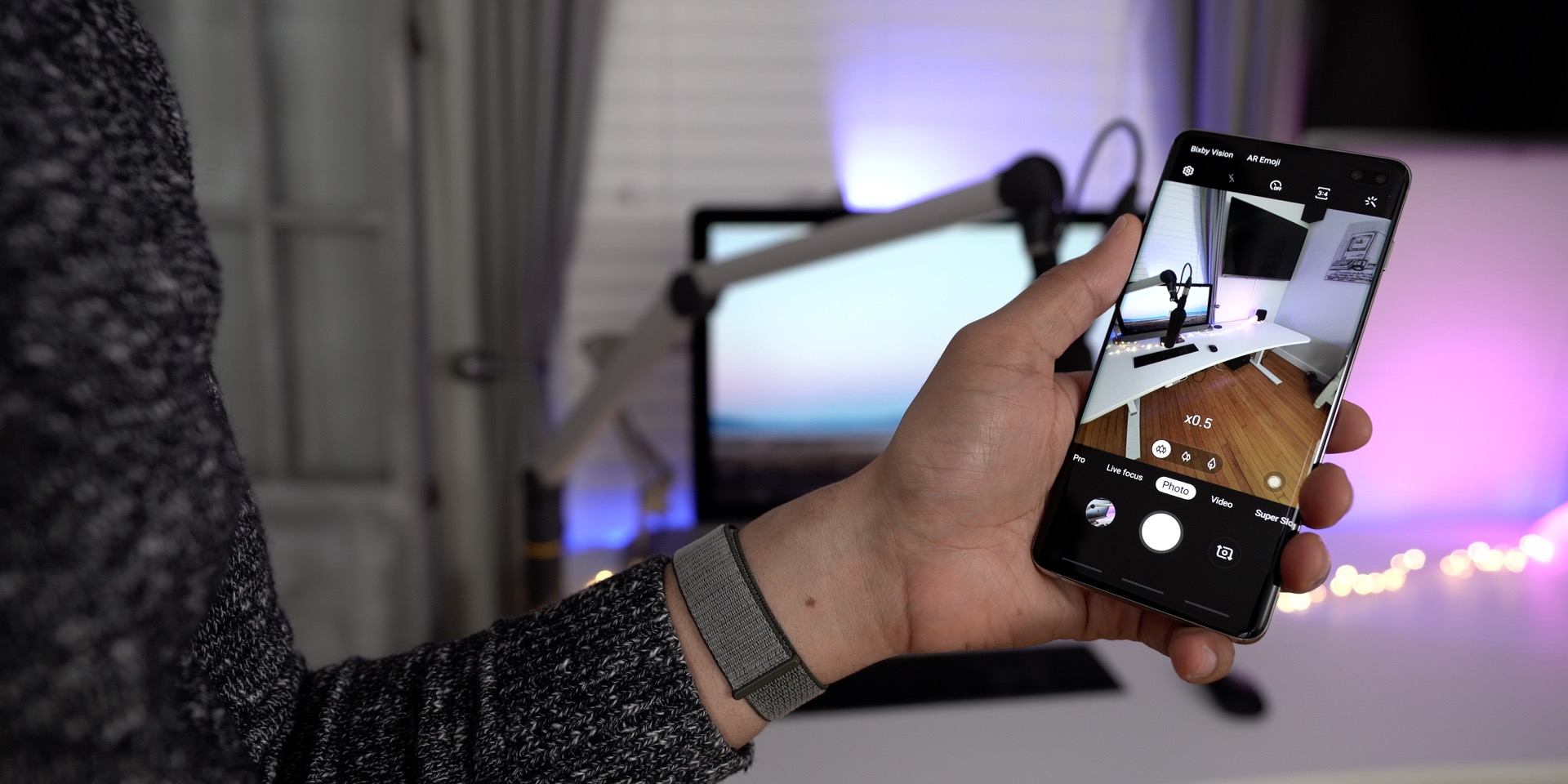 The $999 Galaxy S10+ comes with 128GB of storage as standard. It also features expandable storage via an SD Card slot. From an iPhone user’s perspective, it’s a much better deal. For instance, the iPhone XS Max, which comes with a paltry 64GB of storage in the entry model, costs $1099. 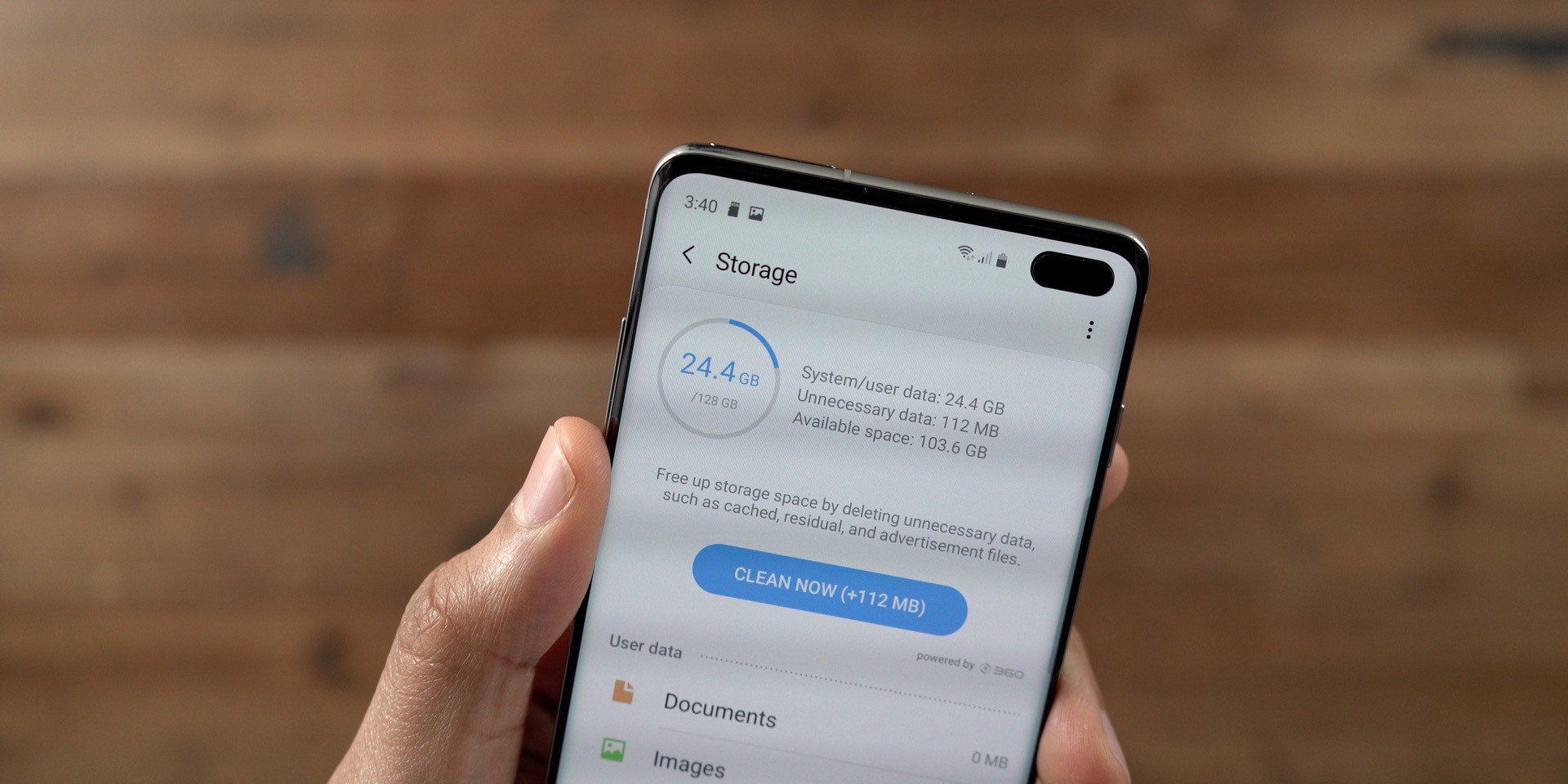 Apple has world-class chip designers, so it’s no surprise that the iPhone XS Max features a faster CPU than the Galaxy S10+. Multi-core performance is a wash, with the S10+’s 8-core Qualcomm CPU scoring a few points higher, but in single-core performance, the A12 Bionic handily beats the unit’s Snapdragon 855. 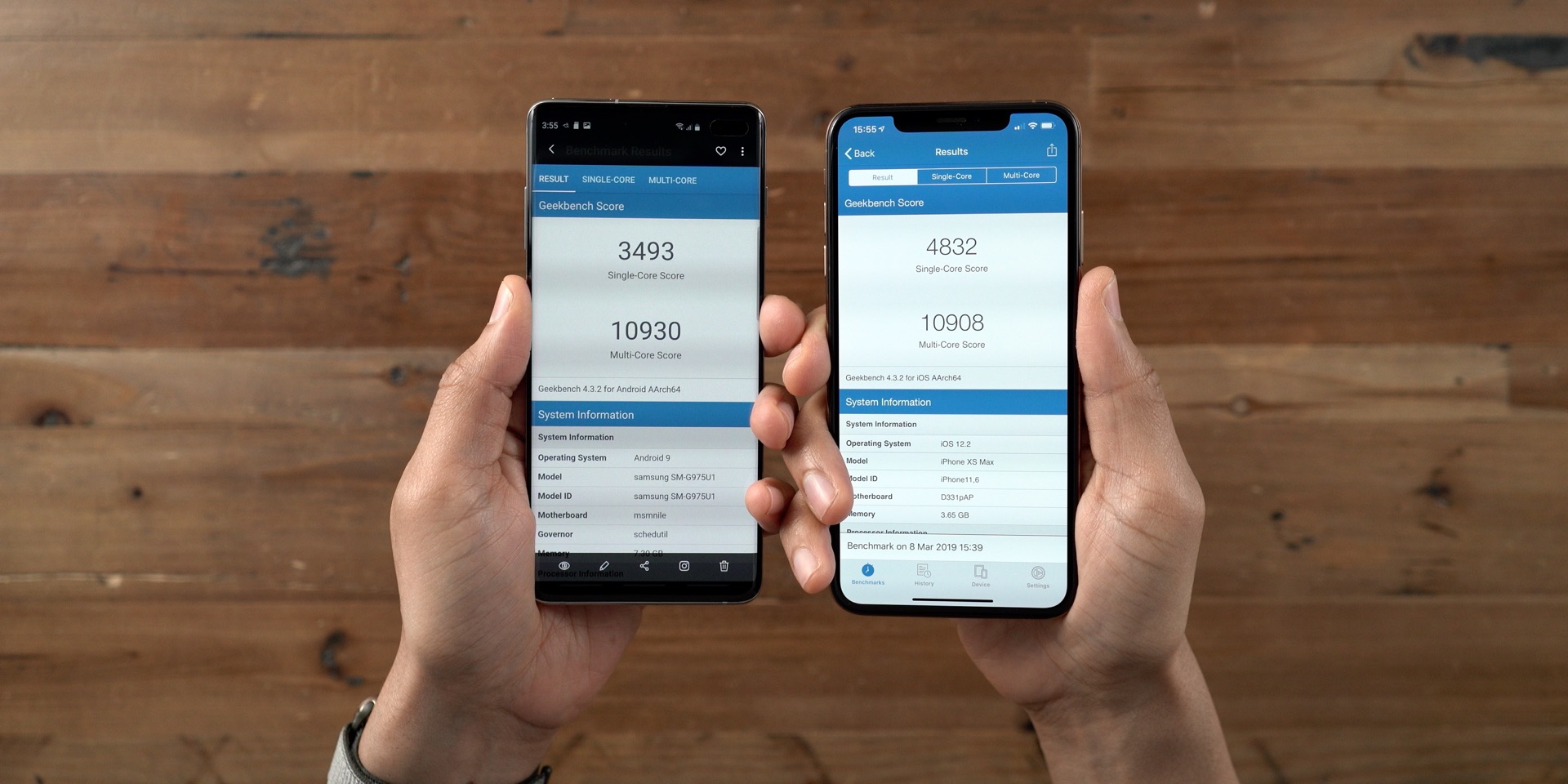 Easier to hold, but not as polished

The S10+ is a slightly narrower phone, but it’s surprising how much of a difference that makes when it comes to holding the device in hand. Samsung’s phone is easier to hold in the hand, but because it doesn’t feature the rounded edges of the iPhone, it feels slightly unrefined. 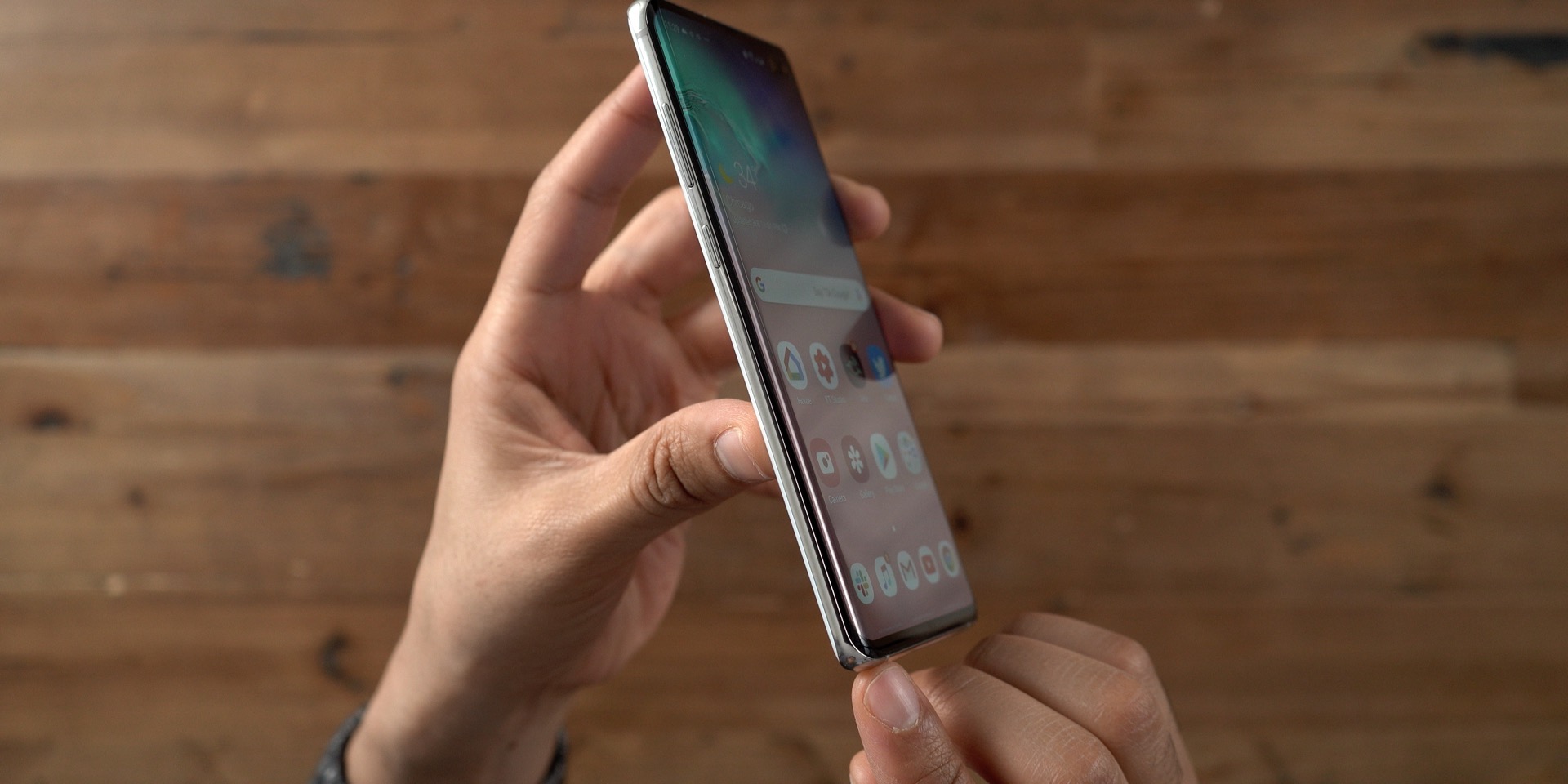 For instance, there are some rough edges where the glass meets the polished aluminum band. Samsung’s flagship also features curved edges on the sides, where the display slightly curves around to meet the perimeter band. 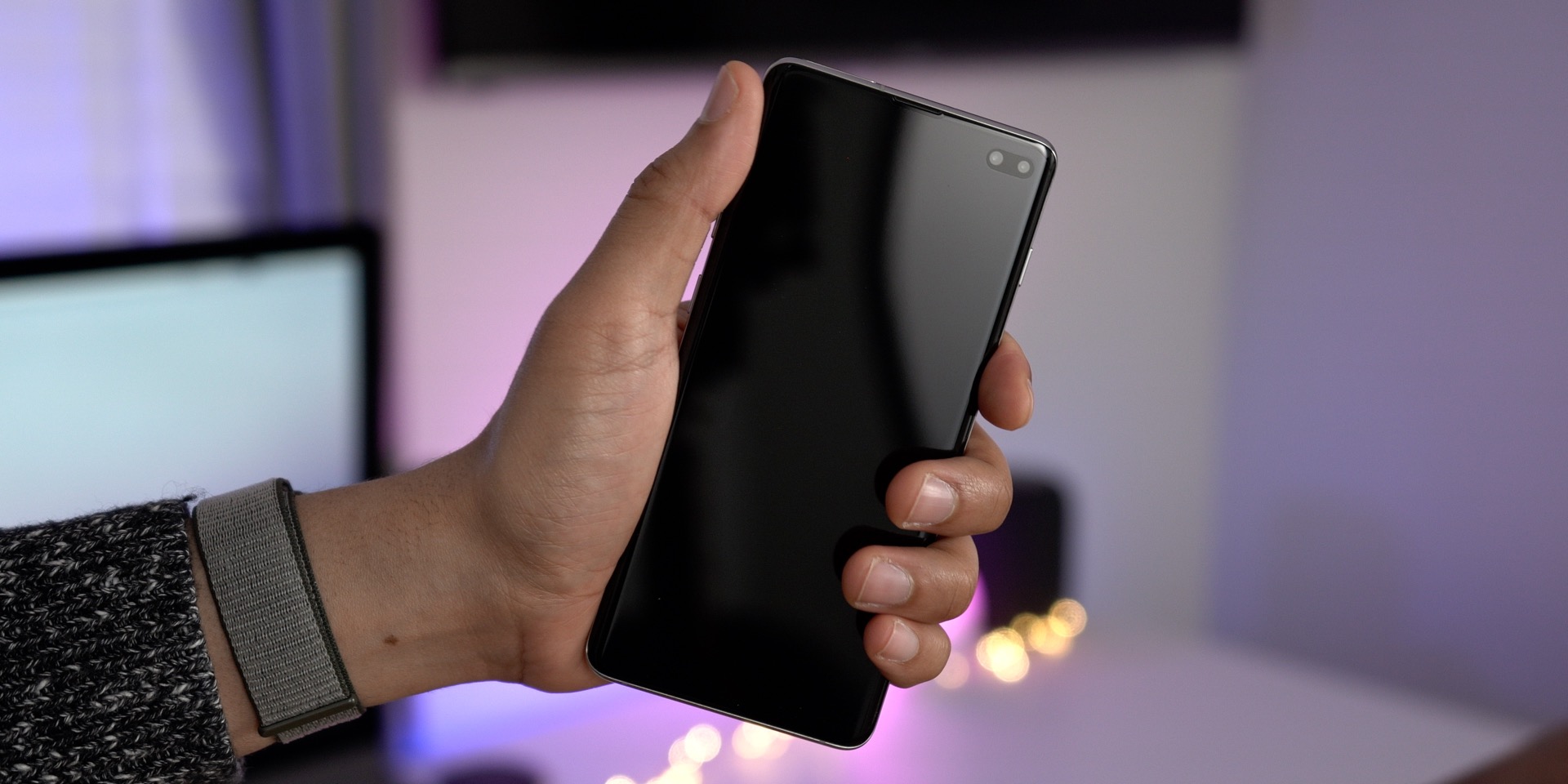 The edge display is cool to look at, especially in landscape mode where it almost seems like you’re rolling a scroll while reading text, but it needs work. I find that the curved edges cause an agitating amount of phantom inputs and this is extremely frustrating. It’s a problem that I rarely, if ever, experience on an iPhone, and says to me that Samsung needs to improve on its touch rejection properties. 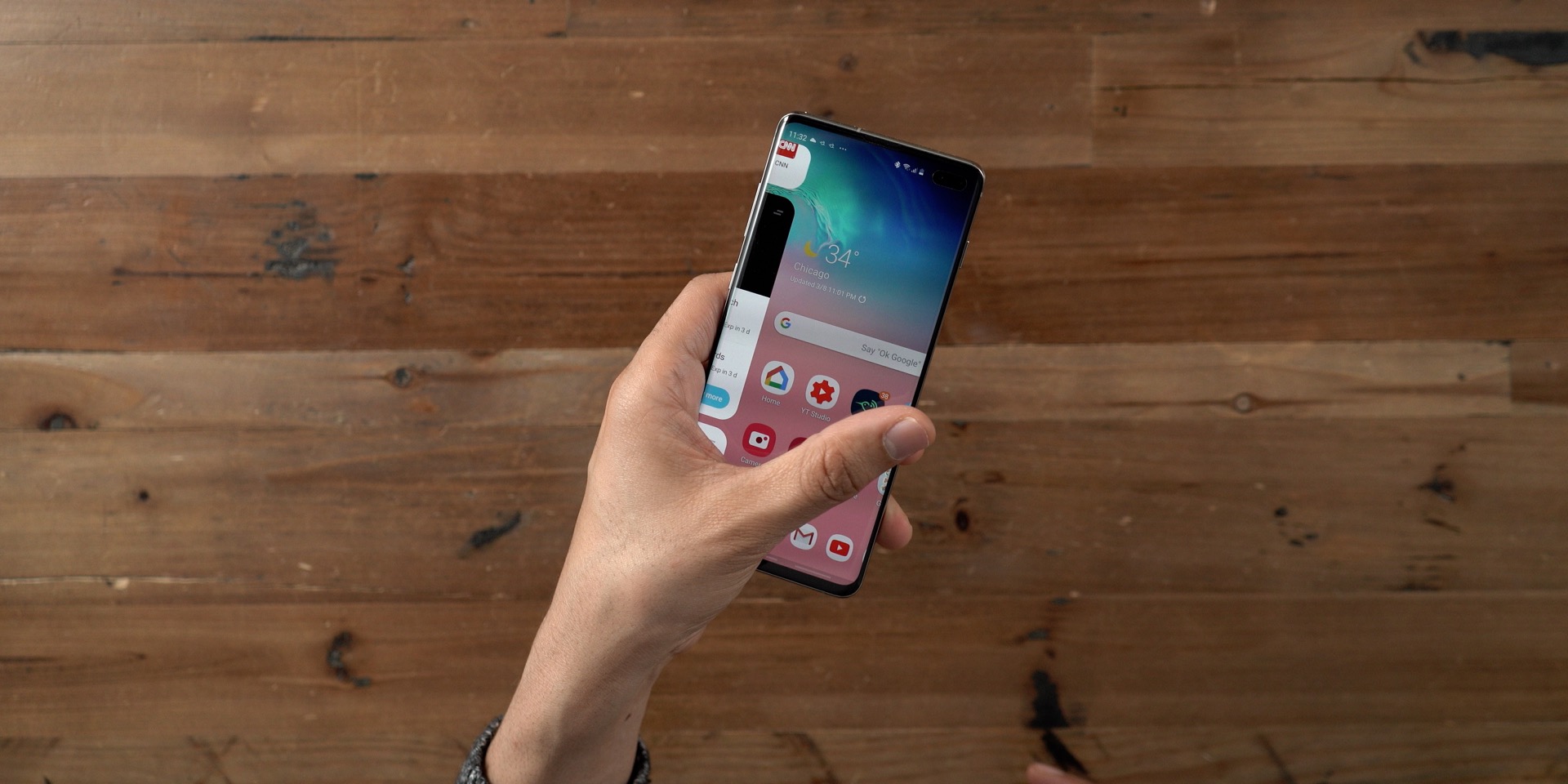 The Samsung Galaxy S10+ features more exciting software with a gang of more thinking-out-of-the-box features than the iPhone. Yet, the iOS experience is one that’s notably more polished, and predictable. 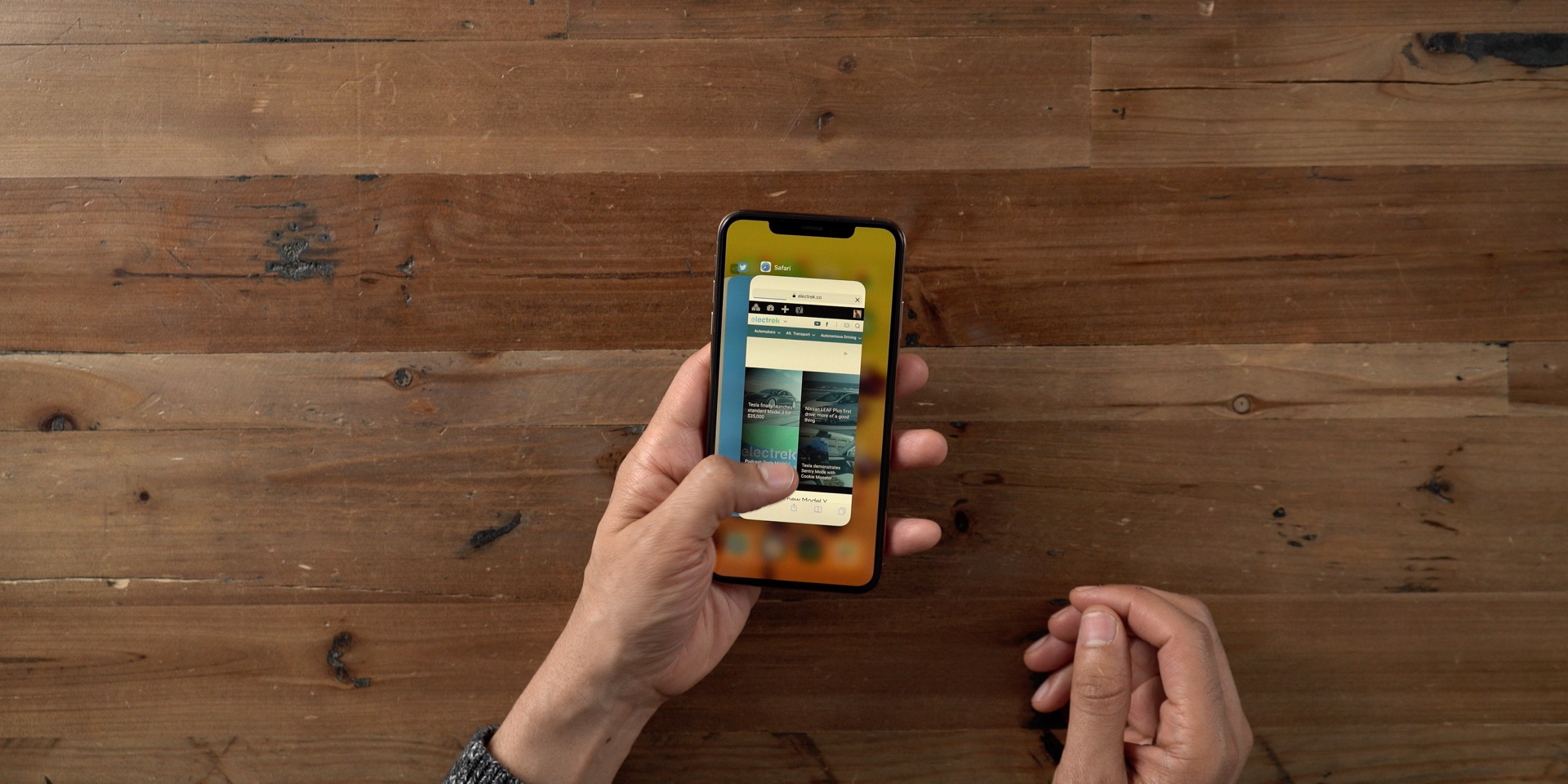 I think some of Samsung’s features are downright brilliant, such as the ability to run two apps side-by-side or top and bottom, and the Edge display feature, which lets you quickly access a preset group of app shortcuts from anywhere. 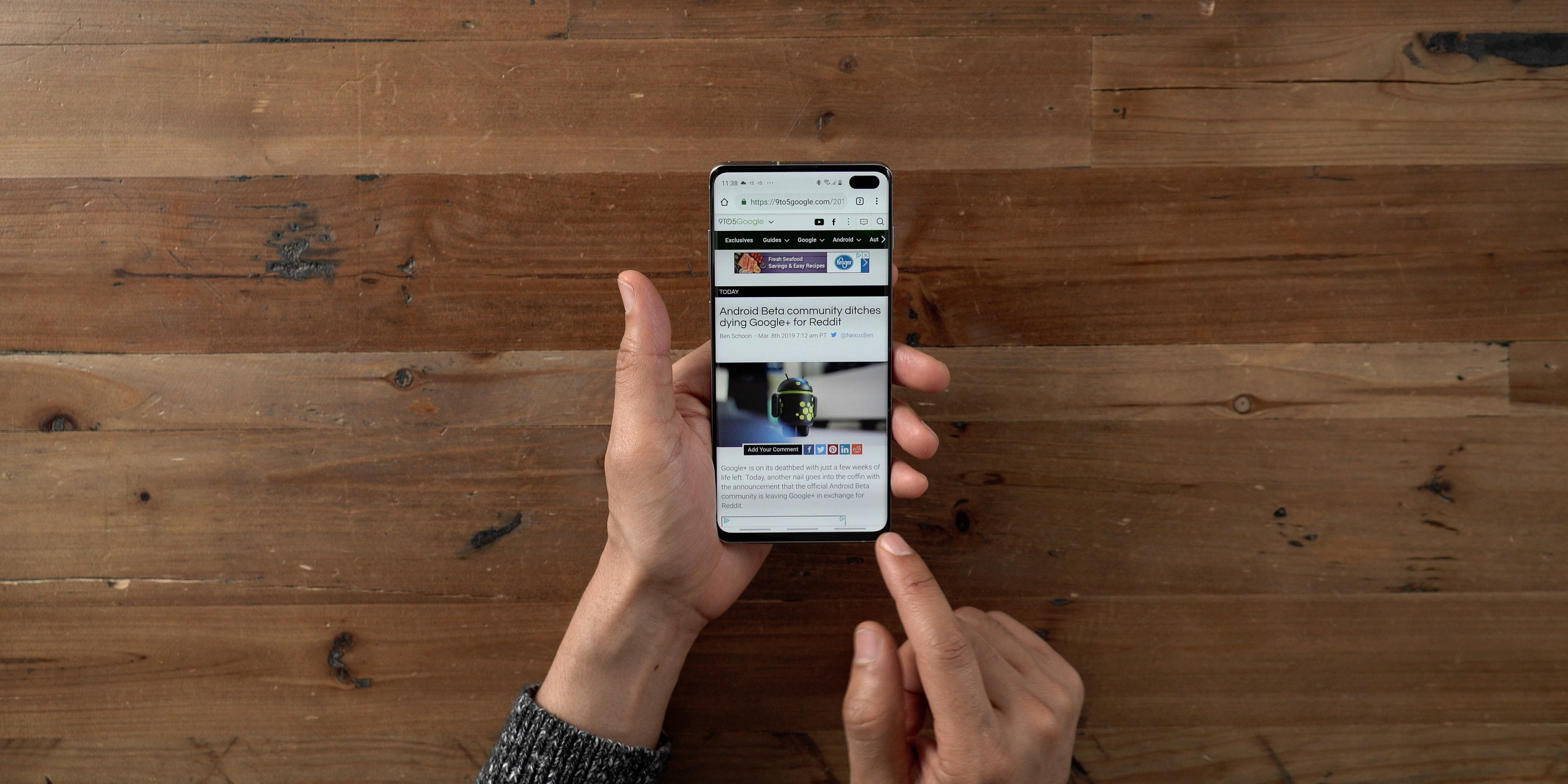 Yet, the Galaxy S10 proves to be inferior in some of the more basic parts of the OS, such as navigating around the interface.  For instance, the gesture support, which isn’t enabled by default, feels tacked on and lacks the fluidity and naturalness of the gesture-heavy iPhone XS Max.

The Galaxy S10+ is a well-built phone, with tons of smartphone fan-service bundled in. It’s obvious that Samsung listens to its customer base, which is why it’s created a phone that’s essentially the antithesis of the iPhone. Looking at the Galaxy S10+ from an iPhone user’s perspective, Apple could learn a thing or two in this regard. 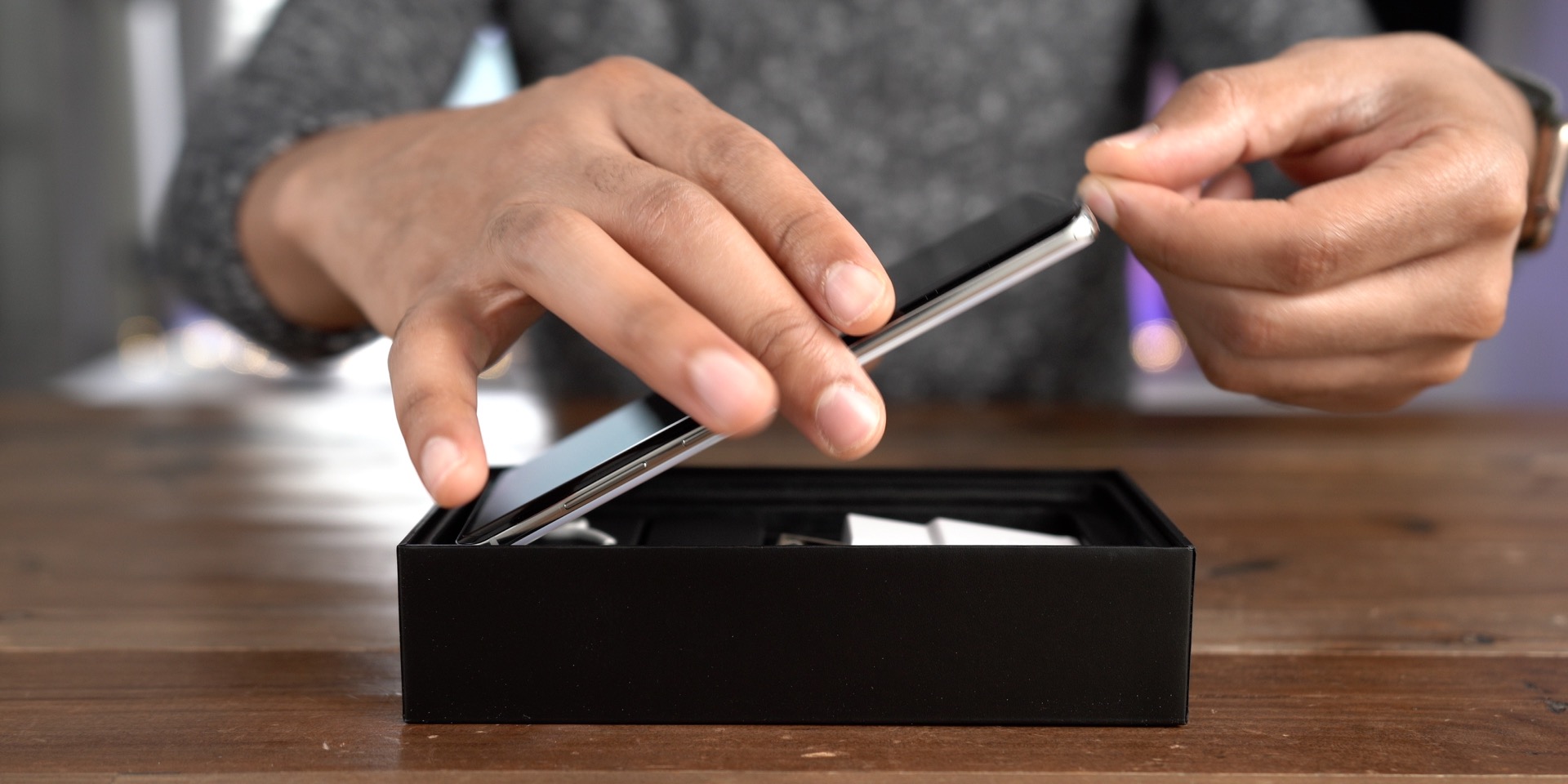 That said, hardware-wise, it lacks the polish of Apple’s flagship. For example, the edge of the screen where the glass meets the band feels rough at the seam. Using this phone has helped me to appreciate the impressive build quality and design of modern iPhones.

Software is where the two phones are starkly different. Samsung’s offering feels like an amalgamation of features shoehorned in as if the sheer amount of bullet points amounts to a better device. Apple’s approach is more measured, and arguably boring. Neither approach is wrong, but most users will prefer one approach over the other. 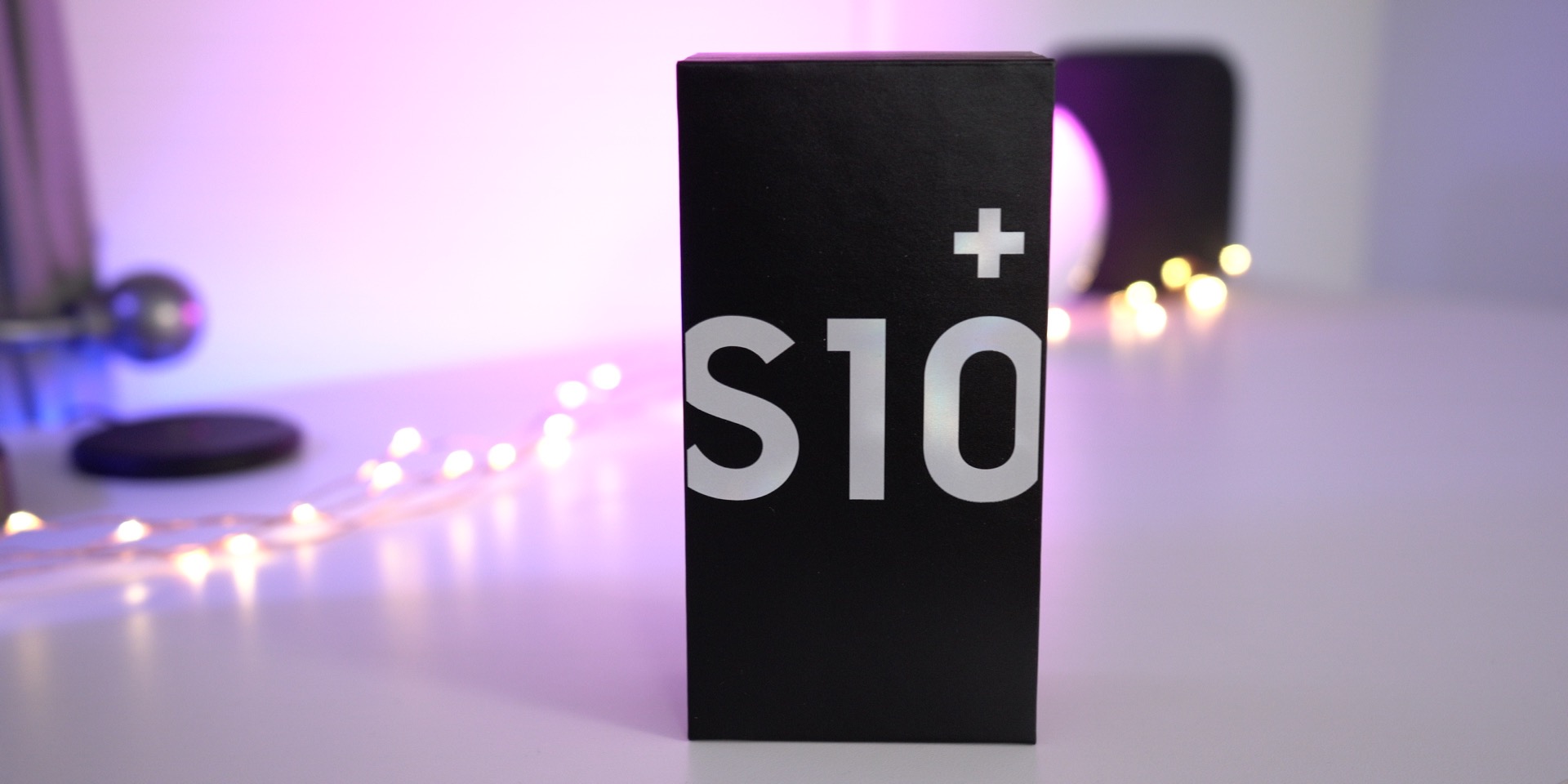 Indeed, these are starkly different approaches from two smartphone powerhouses. In the end, I’d say that’s a good thing for users as far as choice is concerned. Yet, after using the Galaxy S10+, I’m more convinced than ever that the iPhone XS Max is the best choice for me.

What do you think? Sound off in the comments below with your thoughts.