Thinking of buying AirPods 2? Here’s how the new version compares to the original 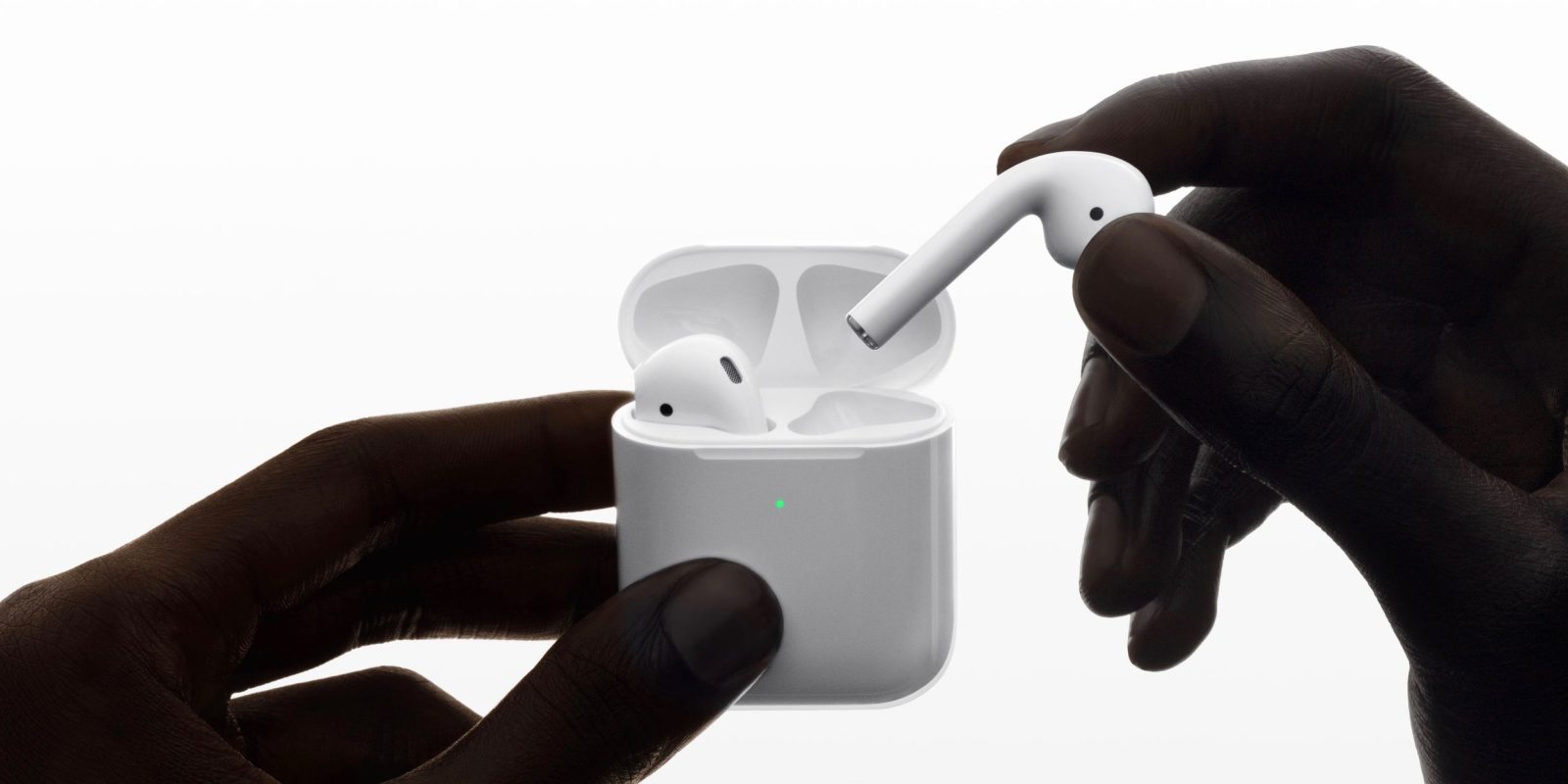 Apple released the long-awaited update to the first-generation AirPods today. As expected, the 2nd-generation of the popular fully-wireless earbuds feature a new Qi wireless charging case and “Hey Siri” functionality. There’s also a new H1 chip that offers several improvements over the original AirPods. Read on for a detailed look at what’s different between the old and new AirPods.

One of the major changes with the AirPods refresh is the arrival of the Qi Wireless Charging Case. This allows the charging case itself to be refueled wirelessly with any Qi charger in addition to the case wireless recharging your AirPods (as well as via Lightning). Several third-parties have offered aftermarket solutions for this, but they typically add some bulk to the charging case.

Apple now sells the new AirPods with the Wireless Charging Case, without it, and also sells the new case as a separate purchase for $79. Another small change with the new case is the LED indicator has been moved from the inside to the outside front of the case.

Aside from the new Wireless Charging Case, the 2nd-generation AirPods offer a new and improved H1 chip that brings several advancements over the W1 chip in the first-gen AirPods. In addition to helping achieve 50% more talk time, the H1 chip “delivers up to 30 percent lower gaming latency.” The new AirPods also connect to phone calls 1.5 times faster and perform 2 times faster for switching devices.

A new option for the new AirPods is the ability to include custom engraving, keep in mind they may be delivered later than orders without engraving.

One other tidbit on sweat/water-resistance, there doesn’t appear to be any improvement or change from the original AirPods. That means they’ll likely hold up well during workouts and in light rain, but aren’t considered waterproof by any means.

The second generation AirPods will only be compatible with iOS 12.2, watchOS 5.2, and macOS 10.4.4 and later software (those updates should arrive next week).

The new AirPods with the standard charging case are priced at the same $159 as the original version. AirPods with Wireless Charging Case cost $40 more at $199.

The wireless charging case sold separately is compatible with gen. 1 and 2 AirPods for $79. Orders are open now at Apple’s website with the new products shipping out late March to early April.

If you want to pick up a pair of AirPods and don’t mind going for the first-generation, you may be able to score some savings from retailers like Amazon, Best Buy, and others. Be sure to keep an eye on our sister-site 9to5Toys to keep up with all the latest deals.