Tim Cook meeting developers in China ahead of 2019 Development Forum 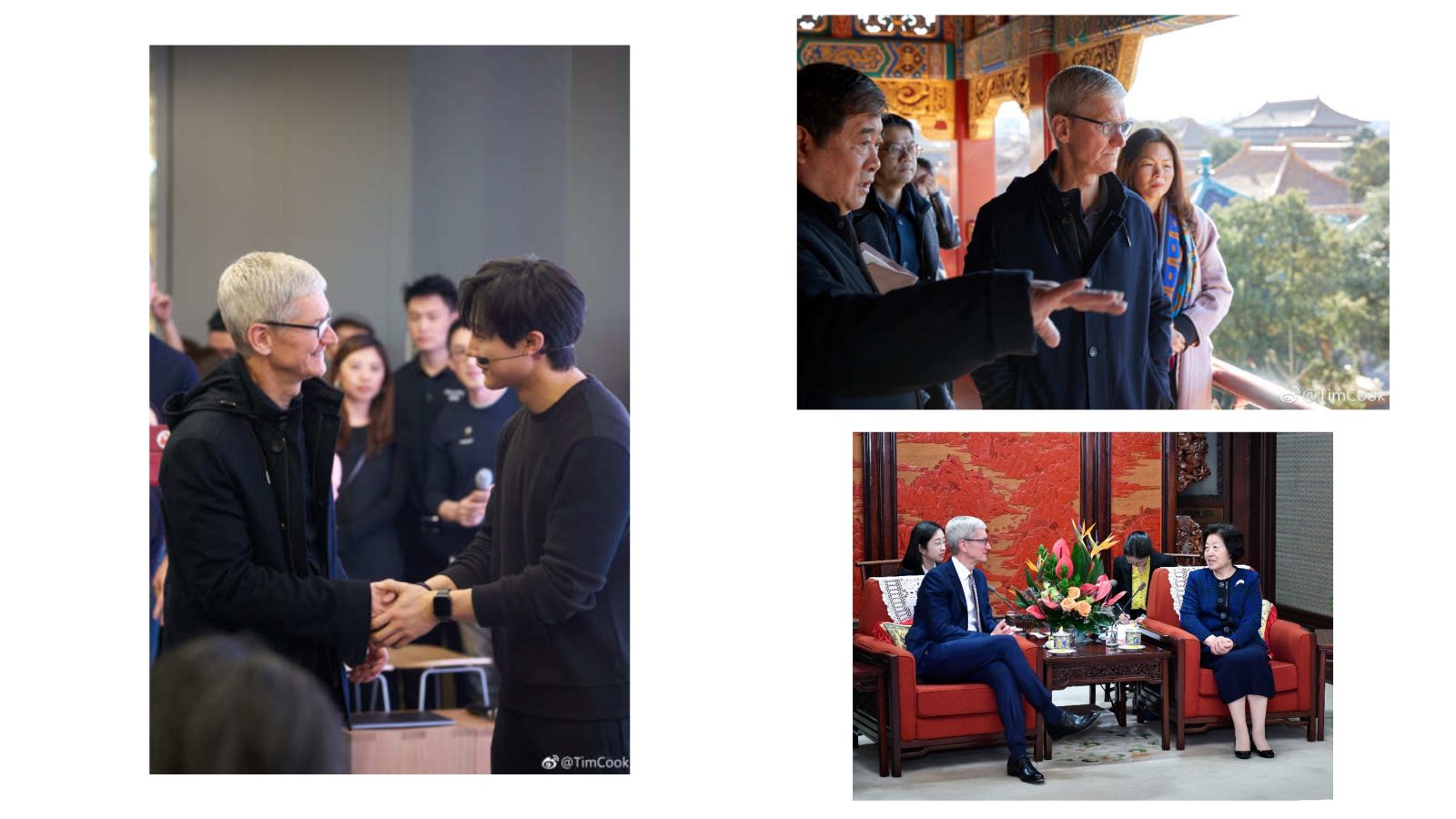 Ahead of Apple’s services-focused event on Monday, Tim Cook is in China this week to meet with developers and visit the Apple Store on Wangfujing Street. Cook reportedly visited education company Hongen Education, the Forbidden City, and more.

According to local reports and Tim Cook’s Weibo account, the Apple CEO arrived in Beijing on March 21st. He first visited online education company Hongen Education, where he learned how the company is implementing augmented reality into its children’s product.

Hongen Education also offers several apps and creative tools via the App Store, with a focus on online education for children aged 2 to 12 years old. Meeting with the company, Cook touted that AR can display in-depth virtual worlds and allow children to experience different cultures and arts.

In addition to his AR-focused education visit, Cook also visited the Forbidden City in Beijing. Here, various apps and augmented reality features are in use to “help people around the world learn about Chinese culture.” Cook wrote on Weibo (translated):

These apps from the Palace Museum , which has a history of nearly 600 years, are amazing! These apps are a great way to help people around the world understand Chinese culture. Thanks to the single director for taking me to appreciate the beauty of the Forbidden City! Remarkable to see so many cutting-edge apps from the 600-year old @大宫博物馆 !

Wonderful way to marry the old and the new to help people around the world learn about Chinese culture. Thank you Director Shan for the tour!

Further, other local reports have indicated Cook met with the Vice Premier of China, Sun Chunlan. According to reports, Cook and Sun touted China’s education achievements, and promised to continue working together on such initiatives.

Cook has regularly met with Chinese politicians and served as a co-chair for the China Development Forum. The 2019 Development Forum is this weekend, and it’s likely Cook will be in attendance again this year.

.@Apple 's @tim_cook showed up at the flagship #applestore in Beijing Wangfujing last night for the #TodayatApple music event. Today, he has met education startup #iHuman and discussed AR with its founder before attending China Development Forum tomorrow. pic.twitter.com/444UyA34tC