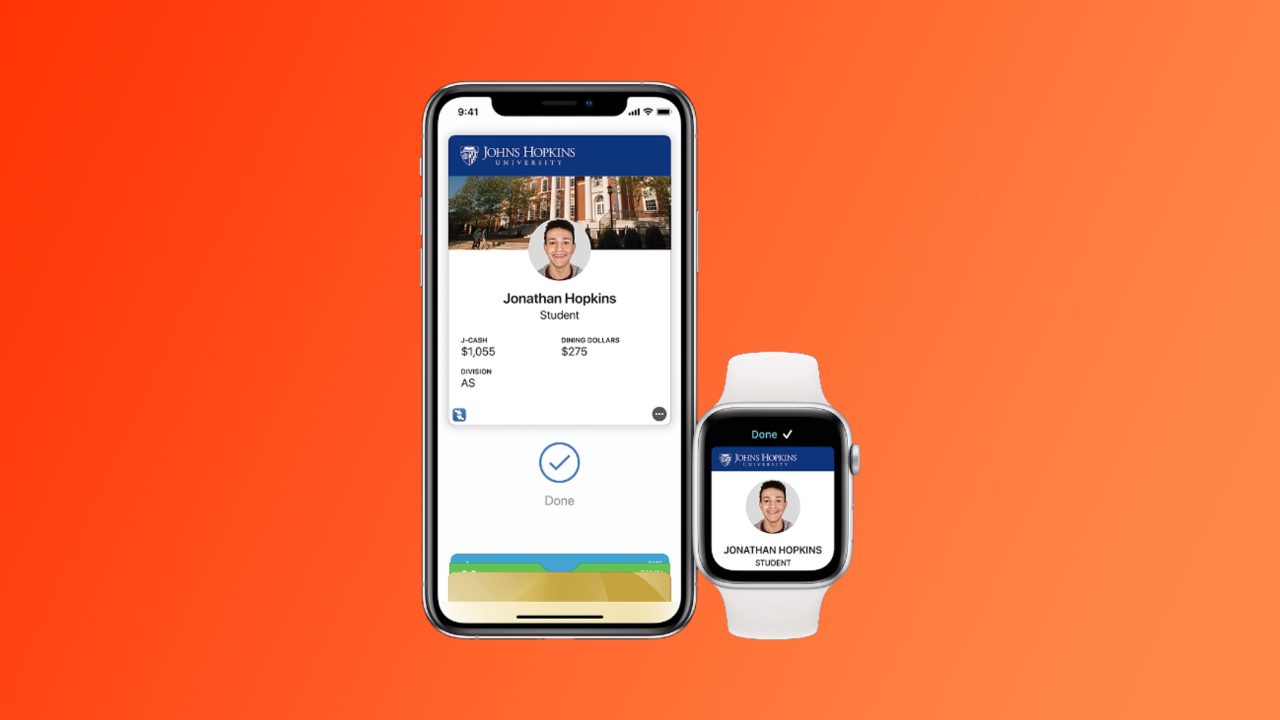 With iOS 12 and watchOS 5 last year, Apple introduced support for student ID cards in the Wallet app. At launch, the feature was supported by three universities. Today, however, Apple has expanded the feature to its fifth school in the United States.

As reported by The Baltimore Sun, Johns Hopkins University students can now use their iPhone or Apple Watch to access buildings and printers, buy on-campus goods, and more with NFC. Everything is controlled through the Wallet app, which is where students will find their digital “J-Card.”

“Offering a digital ID option reflects our continuing commitment to enhance the services provided to students,” Kevin G. Shollenberger, the university’s Vice Provost for Student Affairs, said in a statement. “We are excited about this and look forward to seeing students using phones to get into residence halls, for dining, and to buy things at area businesses.”

In a support document, the school explains that Express Mode is enabled by default. This means the digital J-Card can unlock buildings, print documents, and pay for food and other goods without authenticating via Face ID, Touch ID, or passcode.

With today’s addition of Johns Hopkins University, student ID cards in Wallet are now supported by five universities in total. The other four schools are Duke, Alabama, Oklahoma, and Temple. While the rollout has likely not been as fast as some would like, it’s still notable to see student ID support in Wallet expanding to new universities around the United States.

Getting around our Homewood campus just got a lot more convenient. Check out what you can now do with J-Card and iPhone, Apple Watch, or Android devices