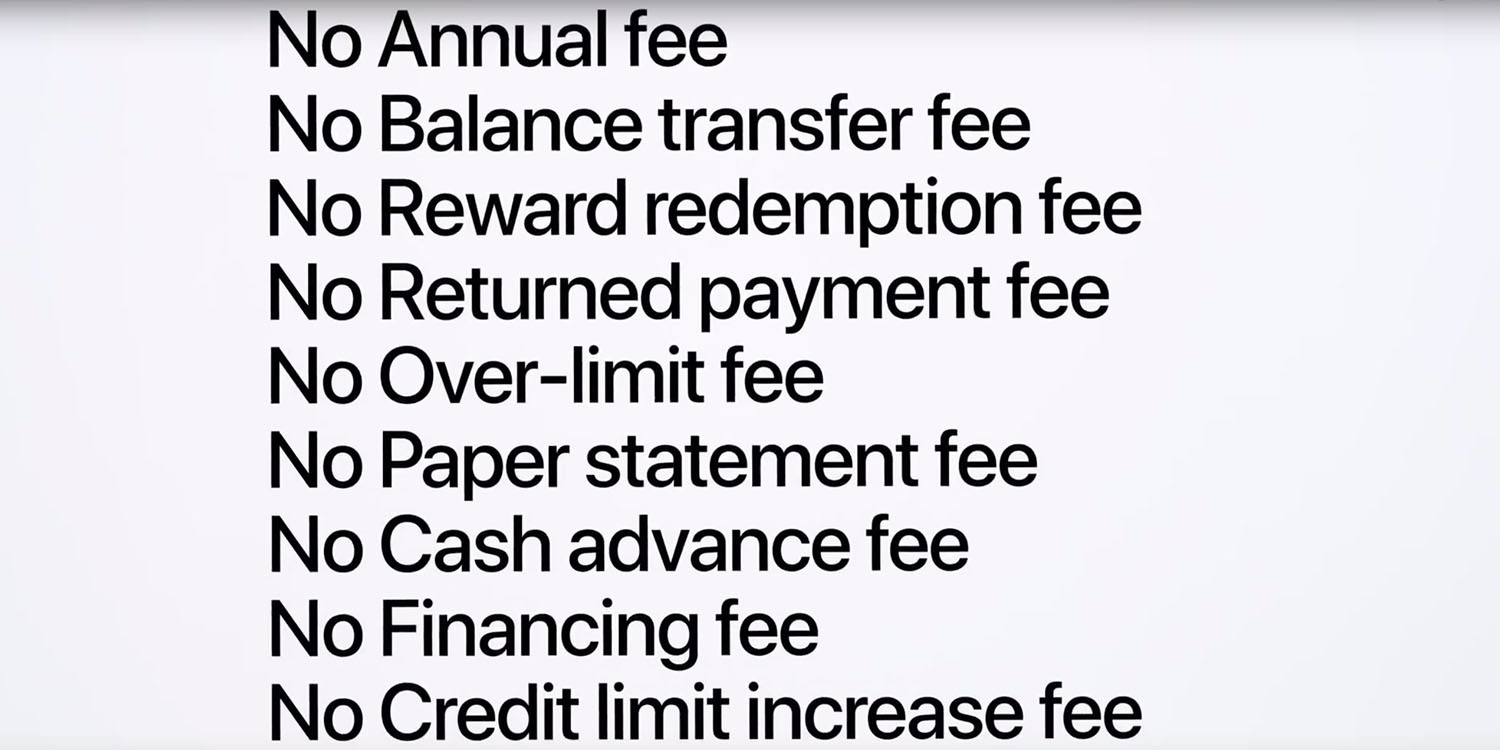 When Apple announced its upcoming credit card in partnership with Goldman Sachs, a headline feature of the Apple Card was no fees. In addition, Apple is offering cash-back ranging from 1% for physical card transactions through to 3% for buying Apple products. That has led some to wonder how the company will make money from the Apple Card.

Of course, the card still charges interest on balances which aren’t paid off in full each month, but that’s not the only source of income, say payment industry experts …

Business Insider spoke with a number of them, who said that while Apple talks about low interest rates, the range it has given is not unusual.

The fine print at the bottom of the Apple Card announcement shows it will charge a variable interest rate between 13.24% and 24.24% — a broad but not unusual range.

Even if Apple succeeds in charging lower rates than the rest of the industry, the card could still pull in sizable amounts of interest income.

“Credit card interest rates are very high, so there is room to make money even at lower rates,” Jim Miller, the VP of banking and credit cards at JD Power, told Business Insider.

The top end rate also suggests Apple is targeting those with low-ish credit ratings, who are the people most likely to carry a balance on the card.

Apple may not charge fees to consumers, but – like any other card provider – it will charge them to merchants. Retailers typically pay around 2% to card companies for processing the payments in what are known as interchange or swipe fees.

However, there is downward pressure on these, and Apple will likely only break even on them given the 2% cash-back it offers on Apple Pay transactions.

Experts say that Apple will also get to keep more of the interest paid by customers, thanks to four key savings.

First, card companies typically spend a significant amount of money on customer acquisition. Banks have to pay marketing and advertising costs, and typically also have to offer introductory bonuses to attract new customers – whether that’s 0% interest on balance transfers or points bonuses. Apple has a ready-made market in existing Apple Pay users, with fans of the brand keen to sign up, and card experts suspect it isn’t planning to offer any kind of sign-up bonus.

Second, the Apple Card will likely experience significantly lower fraud rates, thanks to the lack of card number on the physical card and the cash-back incentive for customers to use Apple Pay wherever possible. That means many transactions will be verified by Face ID or Touch ID.

Third, Apple will have lower support costs thanks to things like the map view – which should reduce the number of customers querying charges they don’t recognize – and the use of Messages chatbots.

Finally, although Apple will pay customers an additional 1% for purchasing the company’s own products, that’s likely less than the interchange fees it currently pays to other card issuers.

So making money from the Apple Card will be easier for Apple than other card companies, with more of that interest income retained as profit.