Apple News+ may not threaten publishers after all, argues media journalist 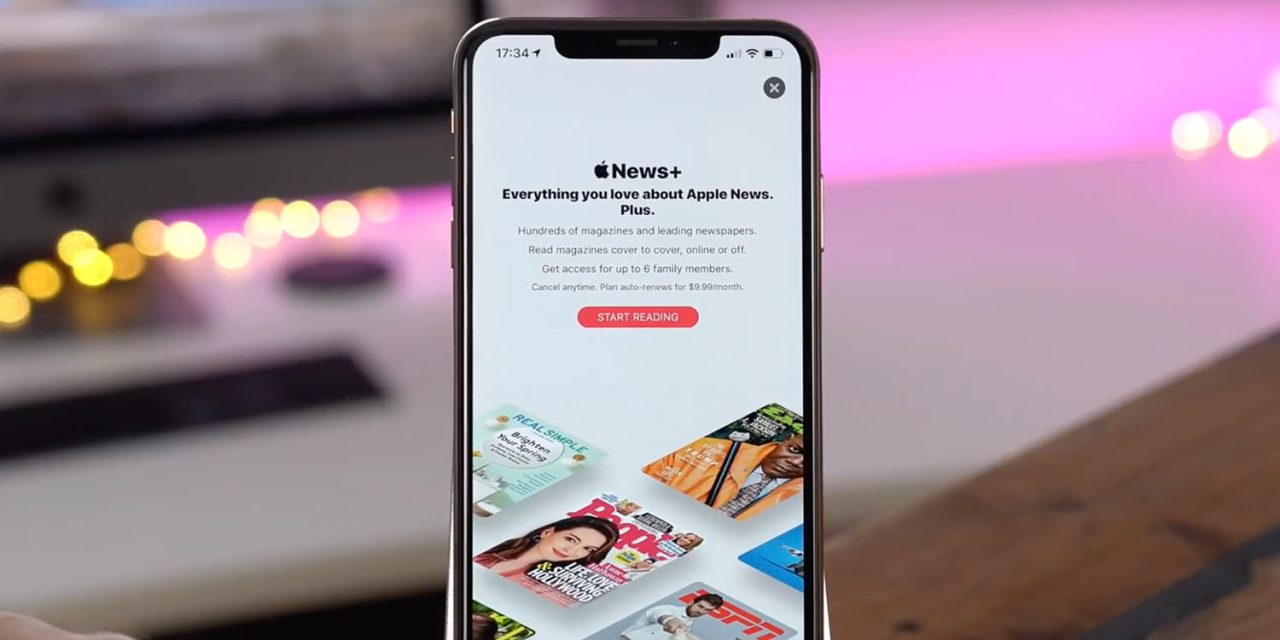 The prevailing view of Apple News+ among newspaper publishers has been that the deal doesn’t make sense for the big boys. It would cannibalise their own digital subscriptions, and also means that Apple owns the relationship with their readers.

The New York Times, for example, not only refused to sign up itself, but also went on record explaining why it believes other newspapers should follow its lead …

CEO Mark Thompson made the case against.

A monthly digital subscription to the New York Times costs $15, and Thompson said he has no plans to give that up to participate on other platforms such as Apple’s […]

[He also] warned that relying on third-party distribution can be dangerous for publishers who risk losing control over their own product.

“We tend to be quite leery about the idea of almost habituating people to find our journalism somewhere else,” he told Reuters in an interview on Thursday.

But, despite an earlier suggestion to the contrary, the Los Angeles Times and Wall Street Journal did sign up – and tech & media journalist Simon Owens argues that they made the right decision.

First, he says, even if you have access to some content from a paper through the app, that doesn’t mean you’ll cancel your direct subscription.

We should first acknowledge that most uses of the app will likely occur on just two devices: the iPhone and iPad […] and a substantial portion of online reading occurs on the desktop. With that much reading taking place on devices where Apple News is inaccessible, subscription cannibalization, if it occurs at all, will be limited.

Now think about the ways you typically consume news. You might be following a link on Twitter or Facebook. Or perhaps someone emails you a URL to an article. Maybe you’re a regular visitor to a newspaper’s website. In all these use cases, Apple News Plus isn’t a viable option for you. If you’re on your desktop and follow a tweeted link to the Wall Street Journal, are you then going to pull out your iPhone and start hunting through the app for that exact article? Probably not!

Then there’s the model the Wall Street Journal chose: making only selected content available through Apple News+. The paper makes only three days’ of archives available to Apple subscribers, and is reportedly created with specific and limited content for the app.

The Wall Street Journal will reportedly only offer up “snackable” general news stories to the app. If you’re one of the million or so subscribers who rely on the Journal in your day-to-day work, Apple’s app just won’t be a suitable replacement.

Limited access to data is another objection that’s been made: it is Apple, not publishers, who will know who is consuming which stories. But Owens says that’s also nothing new.

When Comcast signs on a sports fan as a cable customer and that person watches a football game on ESPN, Comcast isn’t sending detailed information about that person back to ESPN. When someone buys a print copy of The New York Times at an airport store, that store isn’t feeding that person’s credit card info and email address to the newspaper. But why do you never hear pundits encouraging TV networks to ditch cable or for newspapers to stop selling their print editions at news stands? Yes, having a direct relationship with your customers is a nice thing to have, but plenty of successful media companies have been built without that relationship.

Streaming apps have actually increased the amount the average consumer spends each year on music. These apps have single-handedly reversed the decade-long decline in music revenue, and industry executives are expressing optimism for the first time since the early 2000s.

What’s your view? Let us know in the comments.