PSA: You probably don’t want to use these apps to get iMessages on Android phones 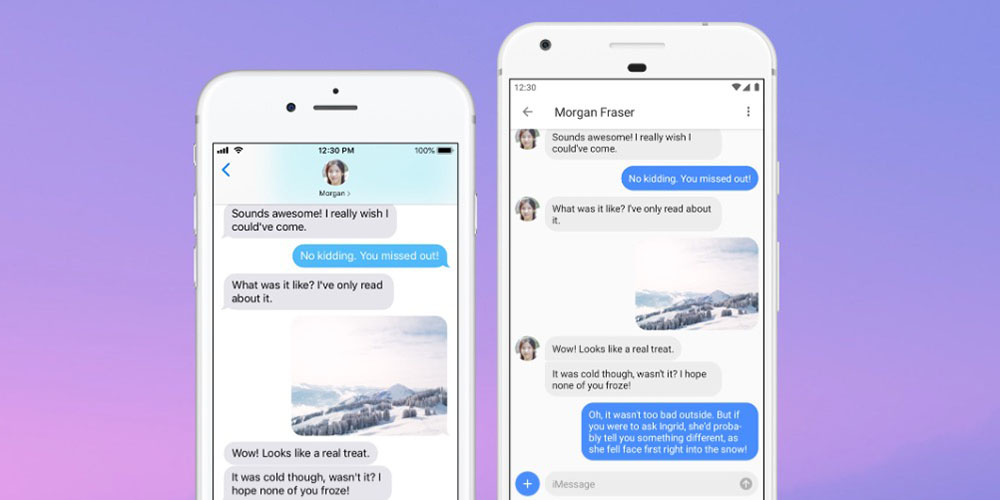 While Apple has made Apple Music available on Android, iMessages remain an iPhone exclusive. Text messaging of course works between the two platforms, but there’s no official way to send and receive blue iMessages on Android devices. So an app making this possible might seem tempting …

iPhone users will see that tell-tale green SMS color when they receive messages from Android devices.

If you really want to use an Android smartphone without losing iMessage capability, there’s an app for that. Well, two, actually: one Android one, one Mac one. But we really wouldn’t recommend it.

AirMessage is an Android app that works on devices running Android 6.0 (Marshmallow) and up. It supports all key iMessage features, including group chats, images, audio and video messages.

The first catch is that it requires an always-on Mac to act as a server. The Android app sends outgoing messages to the AirMessage server, which sends them from the Mac as iMessages. Incoming iMessages are similarly received by the Mac and then sent to the Android app.

The bigger catch is that the conversion process relies on an all-encompassing Mac accessibility feature.

You will have to allow AirMessage automation access in order to send messages. You will be prompted when first running the software, though if you previously rejected this permission, you can re-enable it later under System Preferences > Security & Privacy > Privacy > Accessibility.

If you are on macOS Mojave 10.14 or above, you be prompted to allow to allow AirMessage to read your messages. Under System Preferences > Security & Privacy > Privacy > Full Disk Access, add AirMessage. AirMessage will not read any data other than your Messages data.

Yep, you have to grant the app full disk access, which is not recommended unless you trust the developer. The Mac app also incorporates Sentry, which may just be used for debugging, but would potentially give the developer the ability to upload all your messages to its own server should it so desire.

You’ll also need to enable port-forwarding and a separate utility to track any changes to your Mac’s IP address.

All-in-all, then, getting iMessages on Android is a convoluted and risky process, so however tempting it might seem if you really want to use an Android phone, we really can’t advise it.