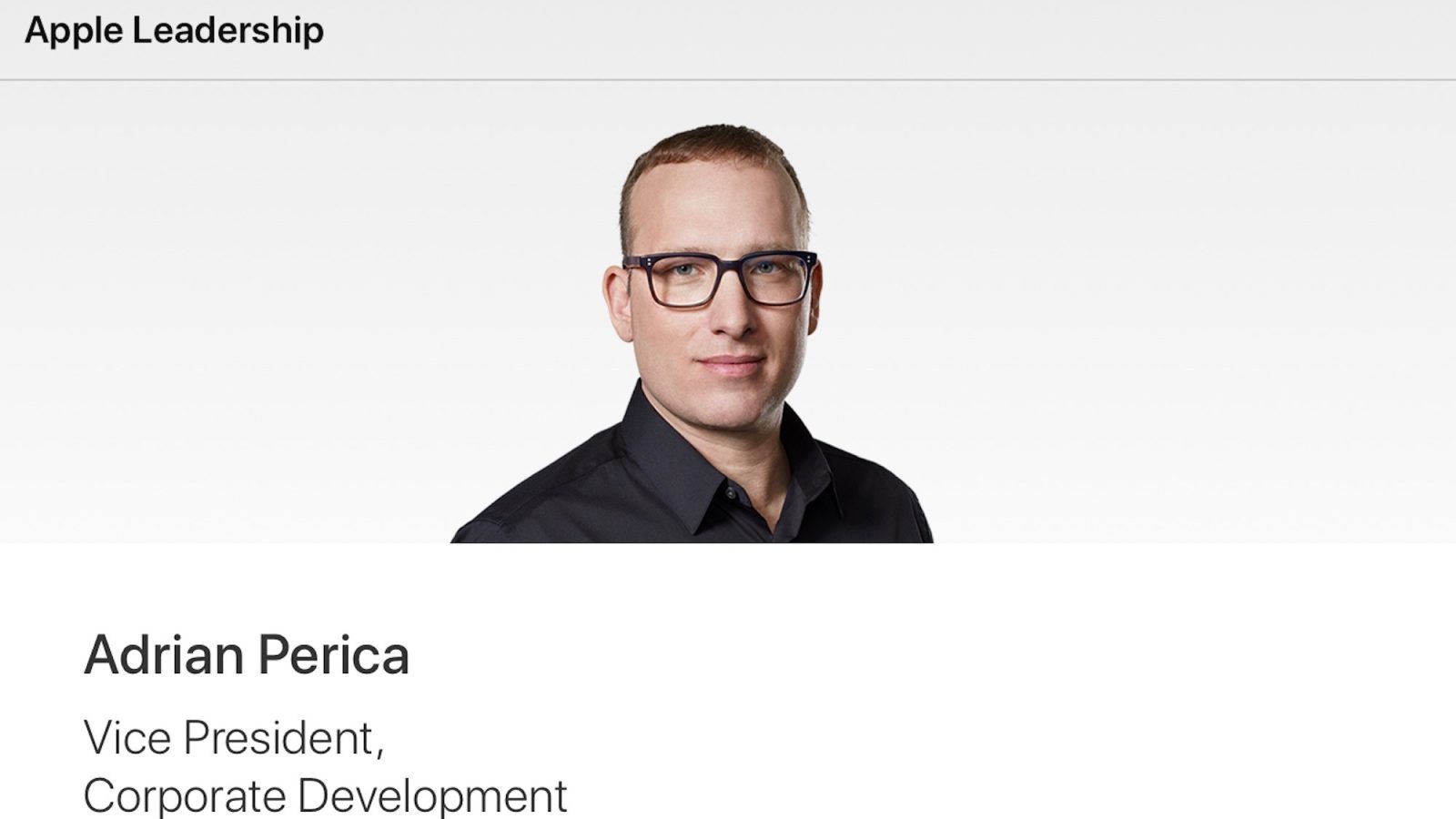 Apple this evening has updated its Leadership webpage to reveal Adrian Perica as its vice president of corporate development. Perica originally joined Apple in 2009, focusing on leading mergers and acquisitions. He will report directly to Tim Cook through his updated role. He previously reported to CFO Luca Maestri.

With his vice president of corporate development title, Perica will continue focusing on mergers, acquisitions, and strategic investing efforts, according to Apple. Perica will also remain responsible for overseeing the “successful integration of vital technologies and new businesses across hardware, software and services.”

Prior to joining Apple in 2009, Perica served as a banker at Goldman Sachs for eight years and worked at Deloitte Consulting. He also served as an officer in the United States Army. He holds a physics degree from the United States Military Academy at West Point, as well as an MBA from MIT.

Here is how Perica’s role is described on Apple’s Leadership webpage:

Adrian is responsible for the company’s mergers, acquisitions and strategic investing efforts. Since joining Apple in 2009, he has overseen the successful integration of vital technologies and new businesses across hardware, software and services.

Prior to Apple, Adrian worked at Goldman Sachs for eight years and before that, he worked at Deloitte Consulting and was an officer in the US Army.

Little is known about Perica’s tenure at Apple. A Bloomberg profile from 2014 described his role in Apple’s $3 billion acquisition of Beats. A report that same year described a meeting between Perica and Tesla CEO Elon Musk. His exact title prior to today’s promotion unknown, though he was often referred to as the head of mergers and acquisitions for Apple.

Perica also serves on the Didi Chuxing board of directors. Apple made a $1 billion investment in the Chinese Uber competitor in 2016, and in return got a seat on the company’s board.