Photos: Saying farewell to the third oldest Apple Store in the world 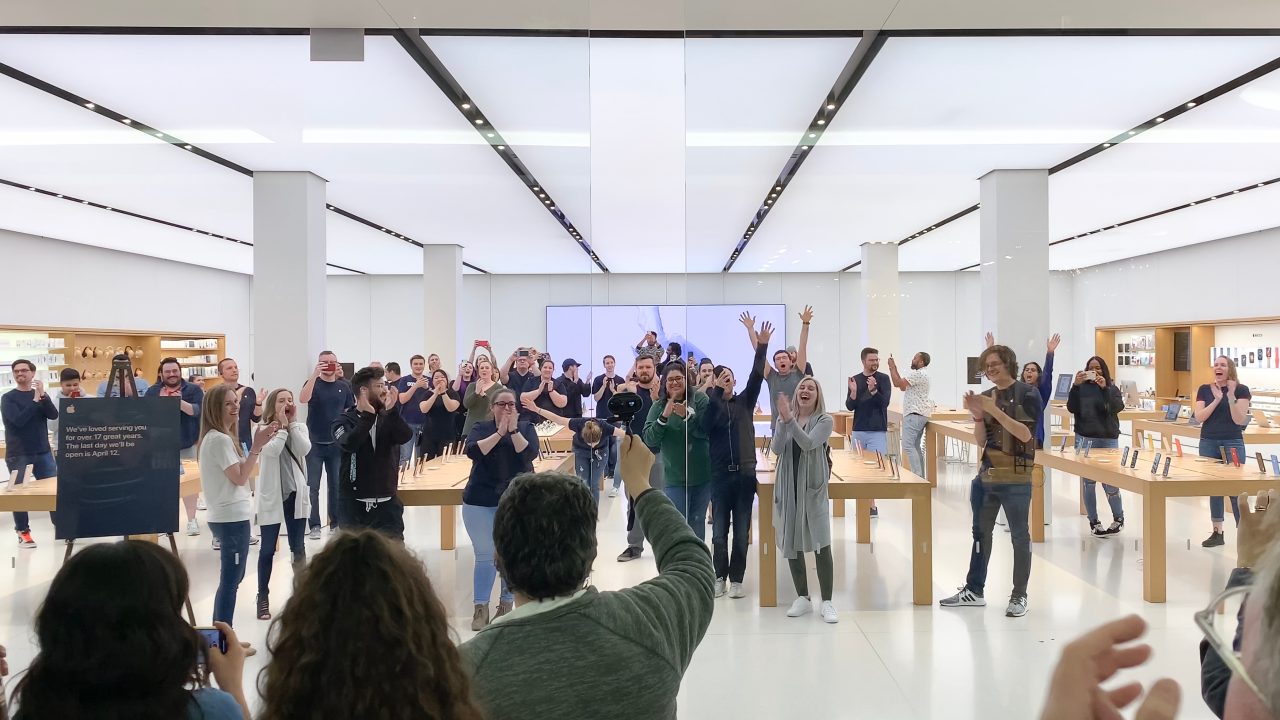 “Welcome to Plano, home of the first Apple store in Texas. Twenty miles north of Dallas and located in the Shops at Willow Bend, the new Apple store gives you first-hand access to the latest Apple hardware and hundreds of popular Macintosh software applications. All Macs on display have Internet access and cool accessories plugged in, so you can try them out for yourself.”

Those were the words Apple chose back in 2001 to introduce customers to a new kind of store experience that would shape the company’s future and the future of retail stores around the world. Now, over 17 years later, Apple Willow Bend and its nearby neighbor in Frisco, Apple Stonebriar, have closed their doors. In their places comes a new store — Apple Galleria Dallas — that joins a network of more than 500 locations around the world sprung from that early success in Plano.

When Apple fans lined up inside The Shops at Willow Bend on a Friday morning in August 2001, Apple retail was still an unproven concept. The company’s first two stores at Tysons Corner Center and Glendale Galleria had opened less than three months earlier. Apple Stores were still the subject of skepticism and doubt from press and analysts.

There was no iPod, iPhone, iPad, or Apple Watch. Boxed software and CRT monitors lined the black shelves and kidney bean-shaped white pedestals throughout the store, long before Apple’s iconic wooden tables appeared. Steve Jobs had announced in May 2001 that twenty-five Apple Stores would open by the end of the year, but this location would be the true test. The Tysons Corner and Glendale stores were essentially prototypes and novel attractions for locals and dedicated fans. Could the momentum be maintained elsewhere? 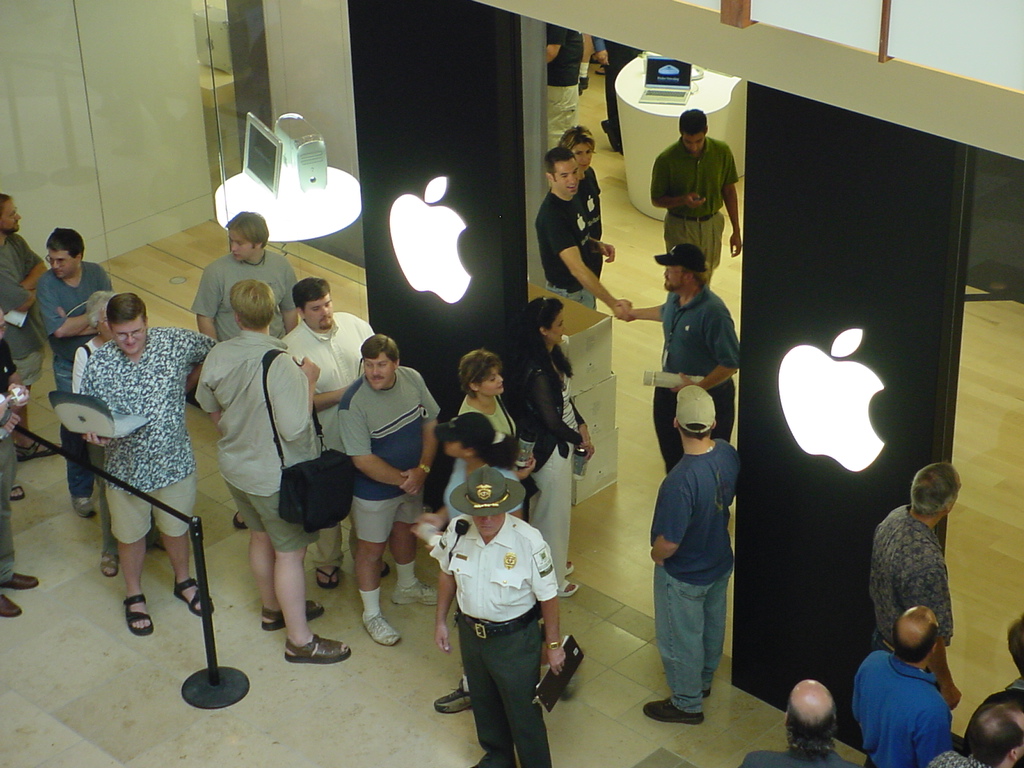 “It was just as Apple was starting to get its cool back, and I didn’t have to defend my computer choices any more,” recalled Jeremy Johnson, who attended the 2001 opening in Plano. “Before this, I think Micro Center was about the only place to view or buy Macs in the area.”

Before the end of the month, stores at the Mall of America and Woodfield Mall just outside of Chicago had opened. A headline on Apple’s website marked the achievement: “5 down. 95 to go.” In Plano, Apple would operate out of its early matte black, Apple logo-flanked storefront until 2016. A larger Genius Bar eventually replaced the store’s theater. Layouts were reconfigured as products changed. But the store was still unmistakably original. 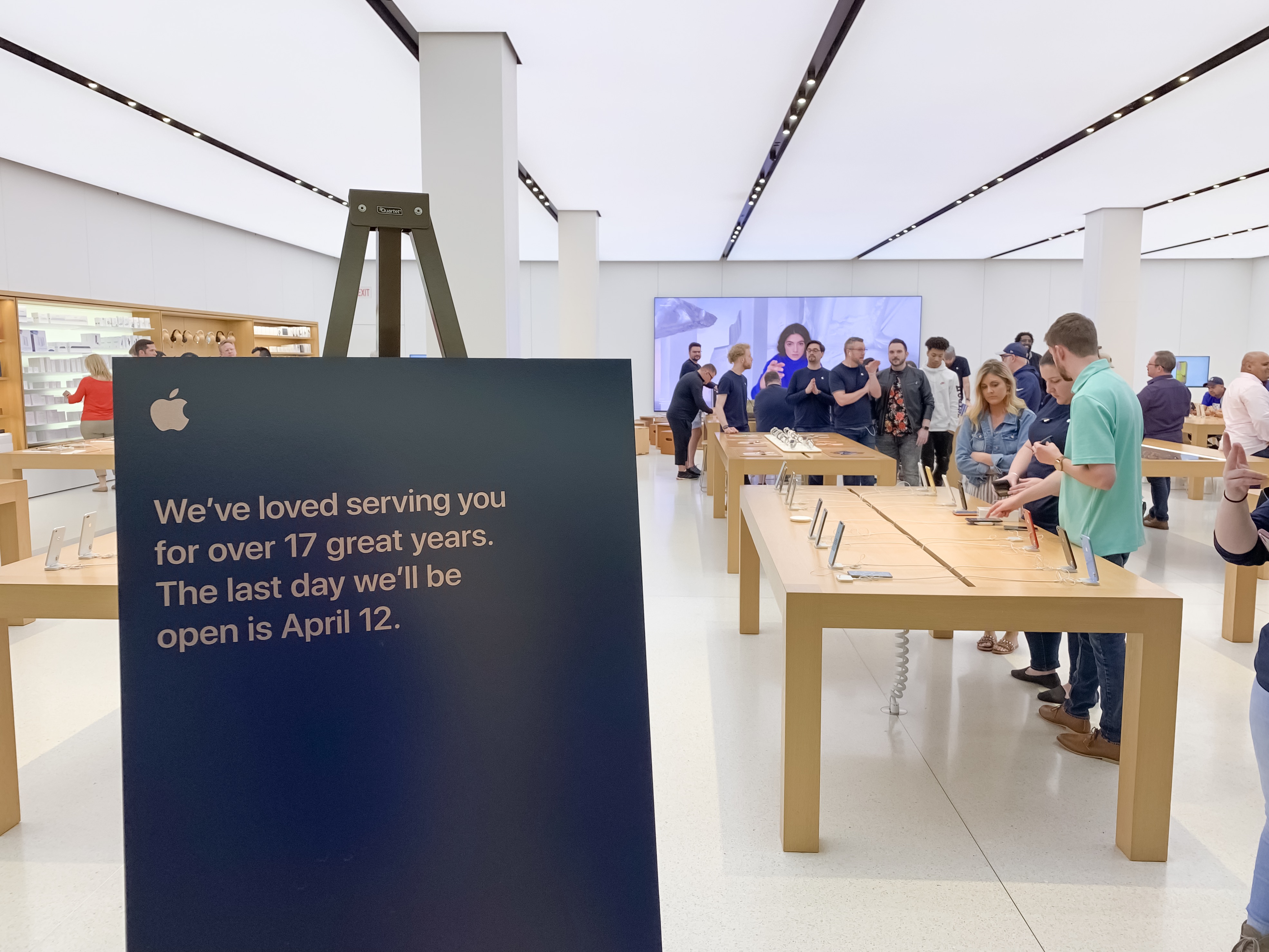 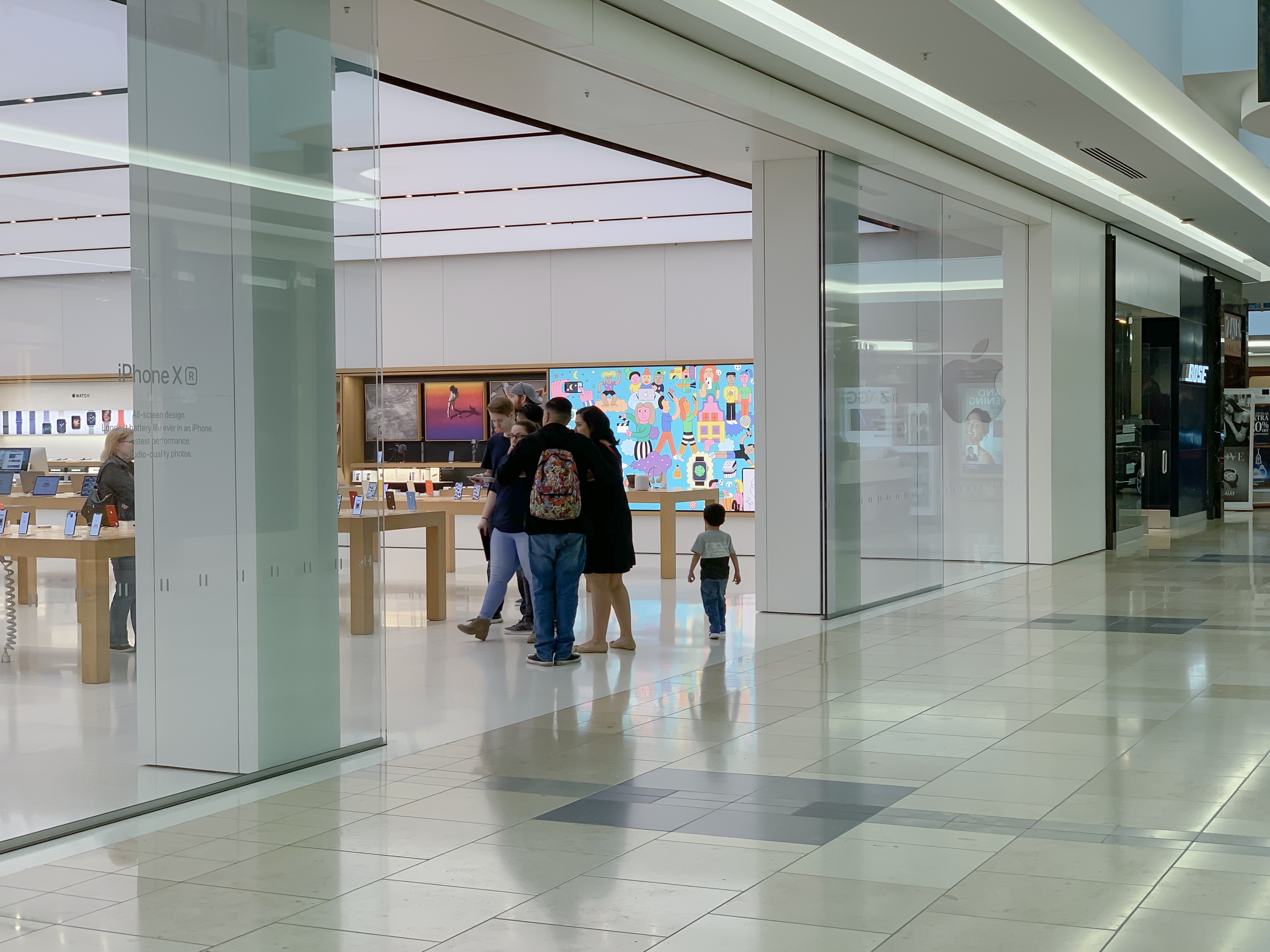 On April 17th, 2016, Apple Willow Bend temporarily closed for renovations. The remodeling work would significantly expand the store’s original footprint and transform it into a contemporary space designed around Apple’s current retail strategy. When the store reopened on September 10th later that year, it joined a small but growing number of locations setting the design precedent for a new generation of stores.

In Frisco, just six miles north of The Shops at Willow Bend, Apple’s store at Stonebriar Centre followed a different path. When it opened on August 29th, 2009, the heyday of the iPod had come and gone. The iPhone was a growing hit. The iPad was just months away. Apple Stonebriar joined more than 250 other global store locations as a product of Apple retail’s success. 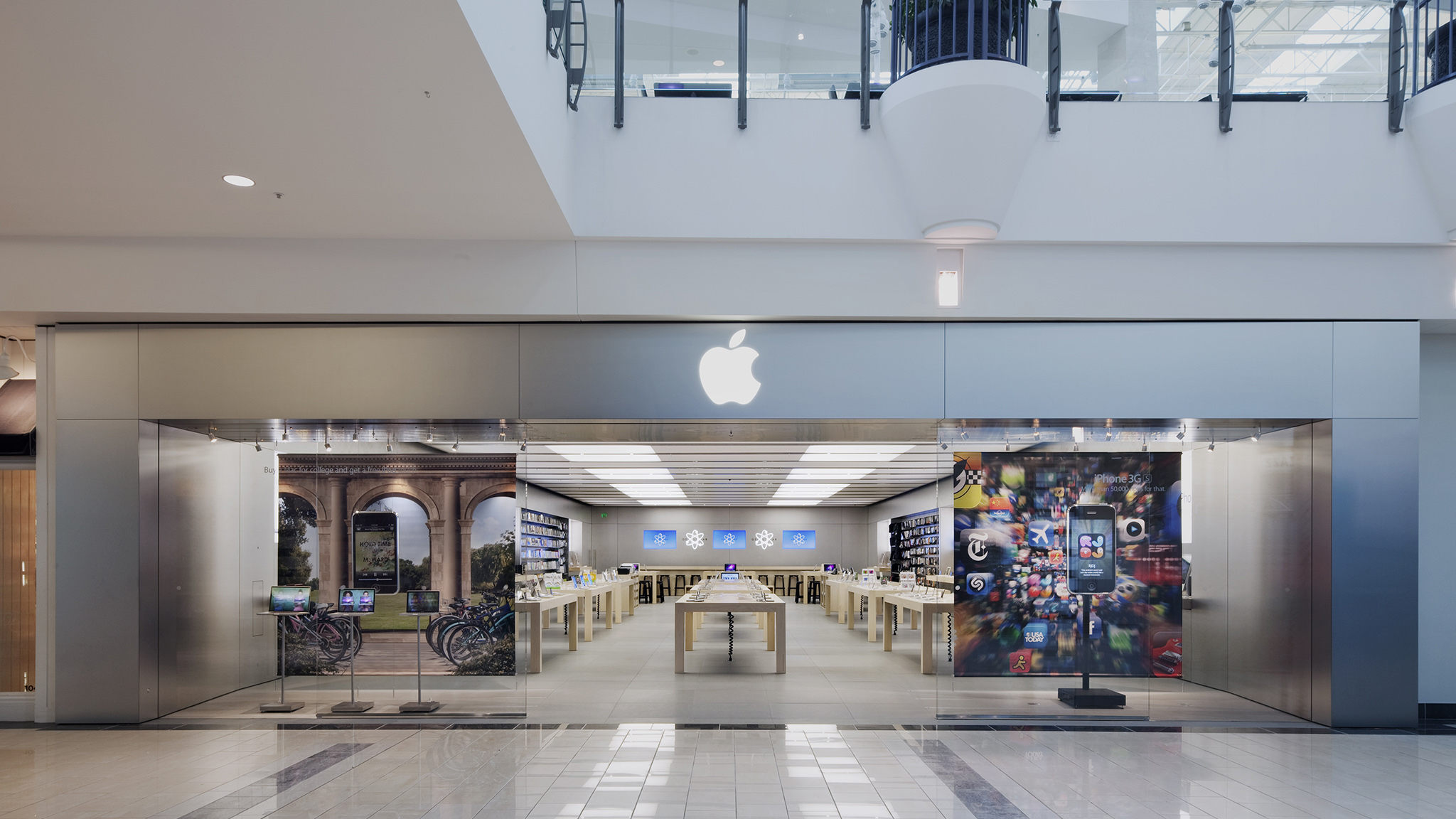 The design elements that made classic Apple Stores iconic were all in place at Stonebriar’s opening. The store’s stainless steel facade, glowing Genius Bar signs, and stone tiled floor all remained through its closing hour on April 12th. Had it stayed open a few more years, the store likely would’ve seen the same modernization that came to Willow Bend.

On closing day in Plano and Frisco, business continued as usual. The last Today at Apple sessions in both stores were scheduled for the 9th, but customers still filled both locations for appointments and purchases. 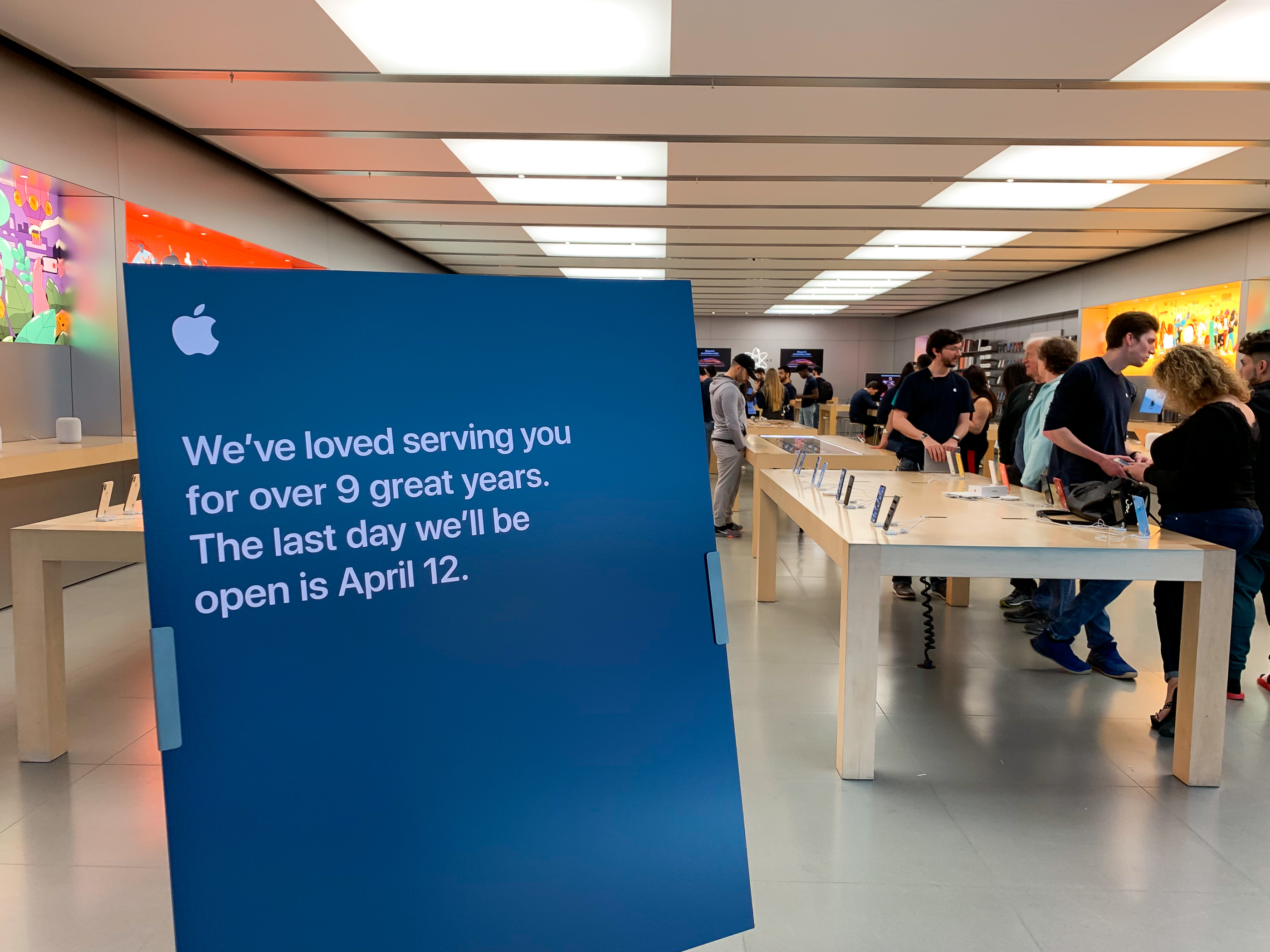 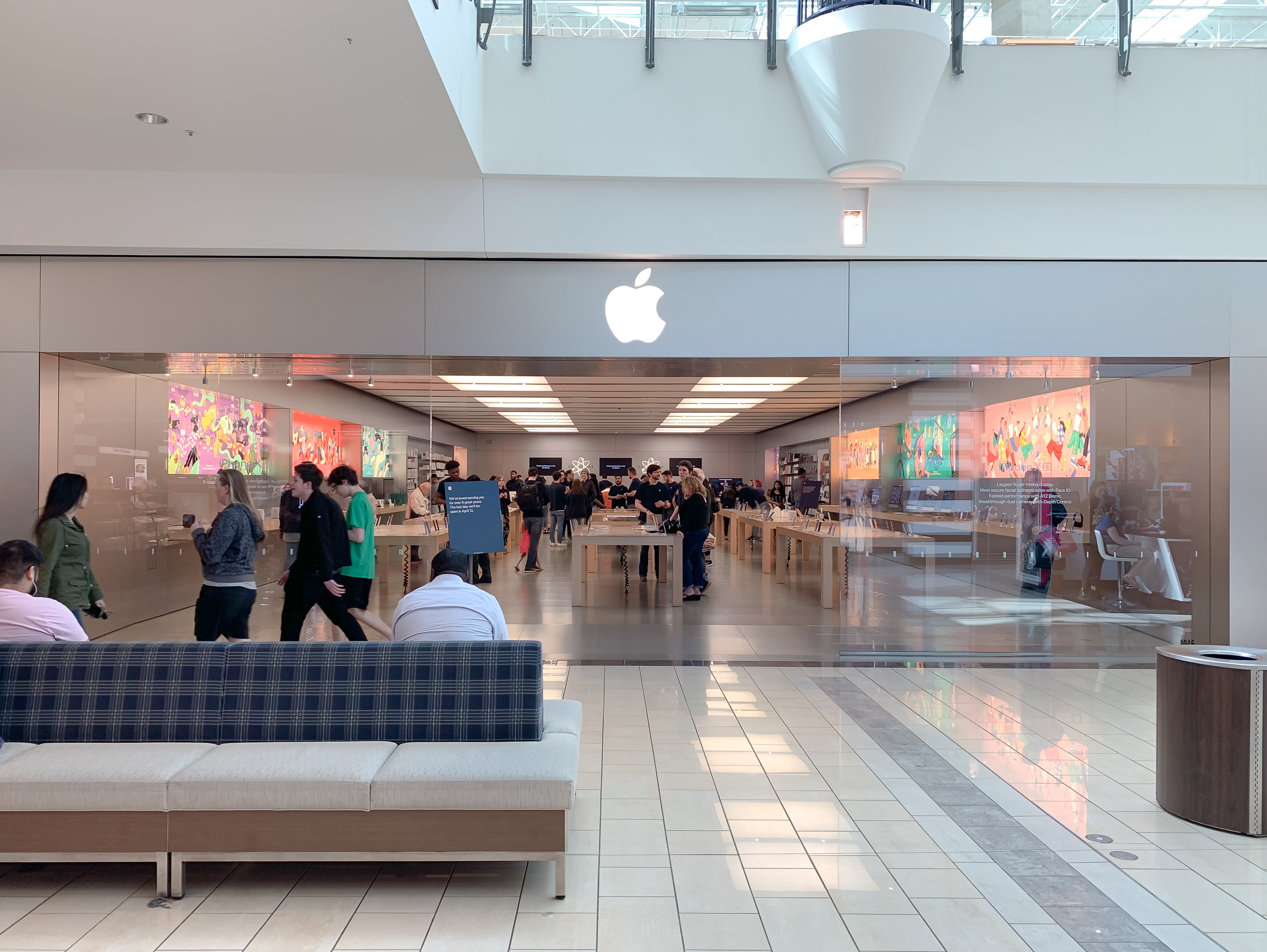 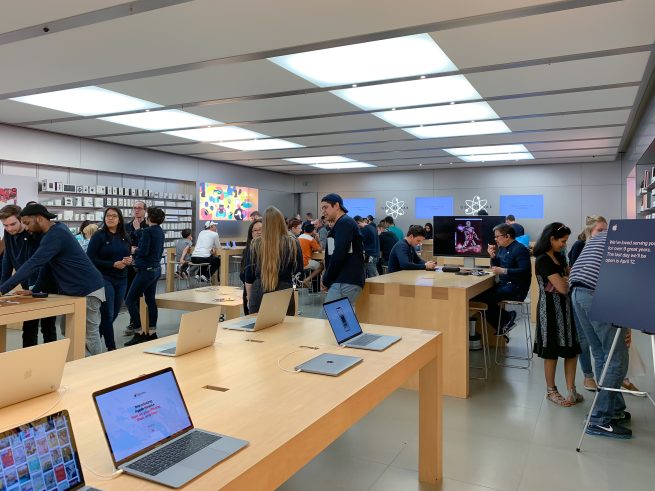 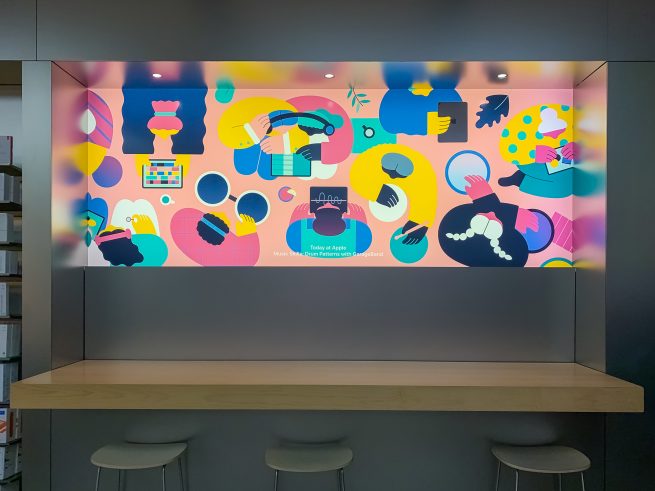 Employees from Willow Bend and Stonebriar will be moving to Apple Galleria Dallas, Apple’s newest store location 7 miles south of Plano. Consolidating two stores into one is a highly unusual move for Apple, but the decision is widely believed to be an effort to avoid the notorious patent lawsuits filed in the Eastern District of Texas. 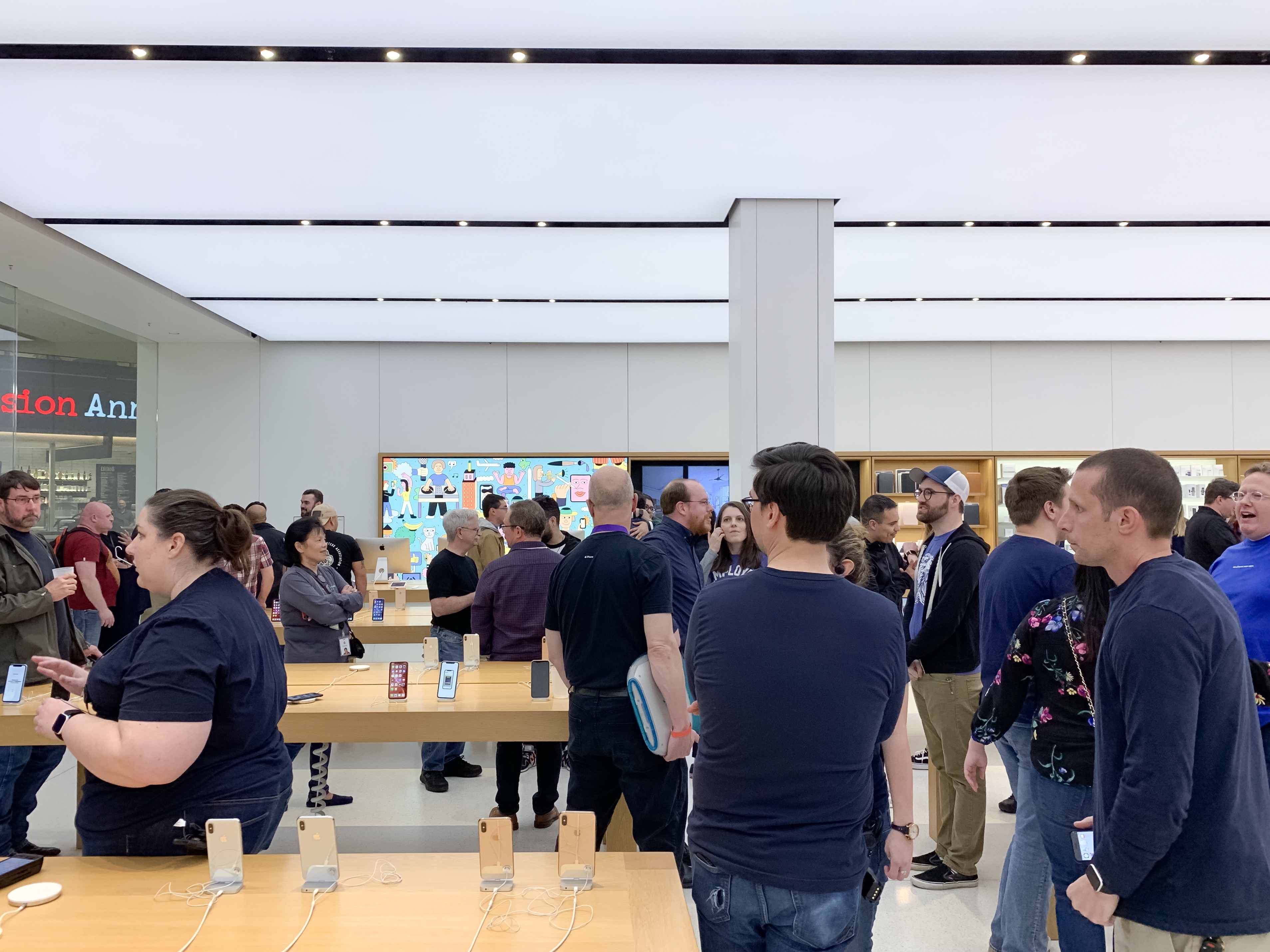 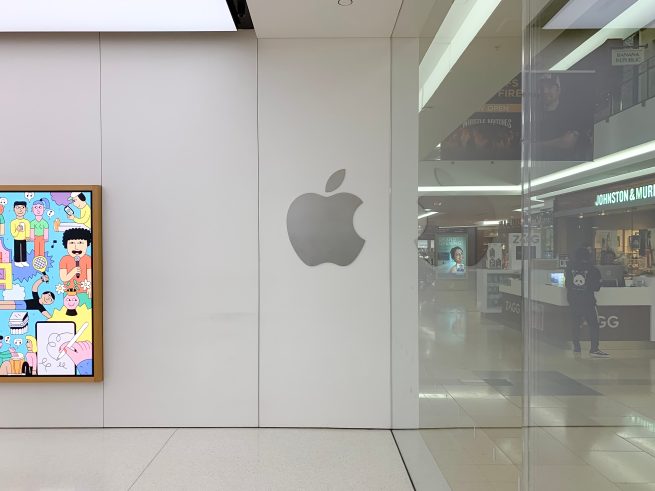 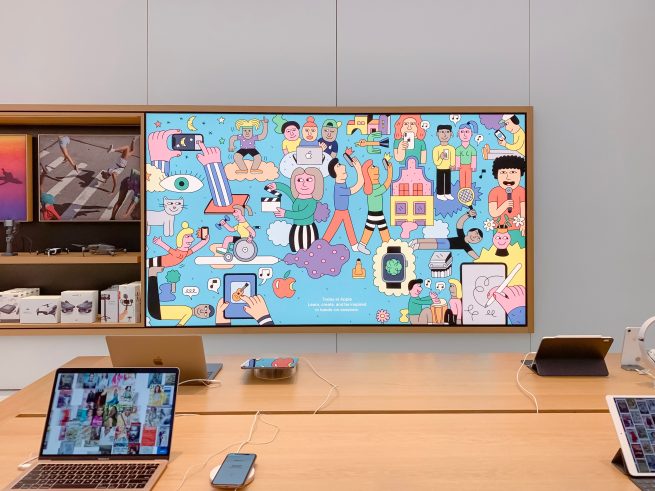 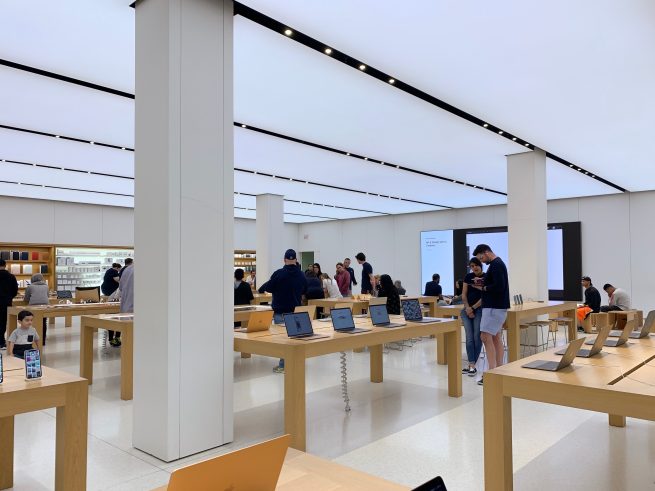 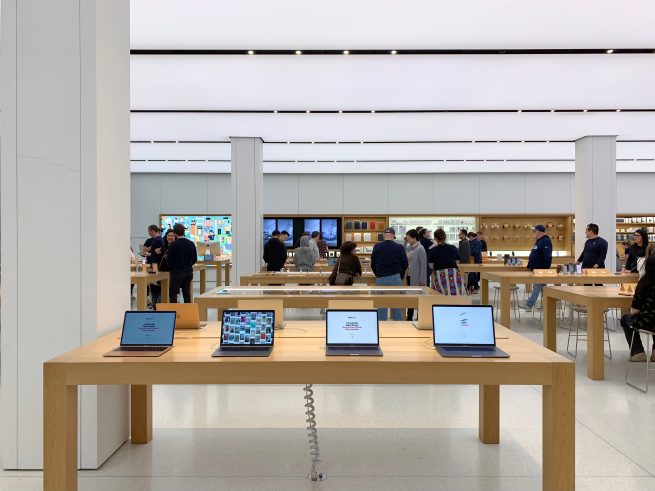 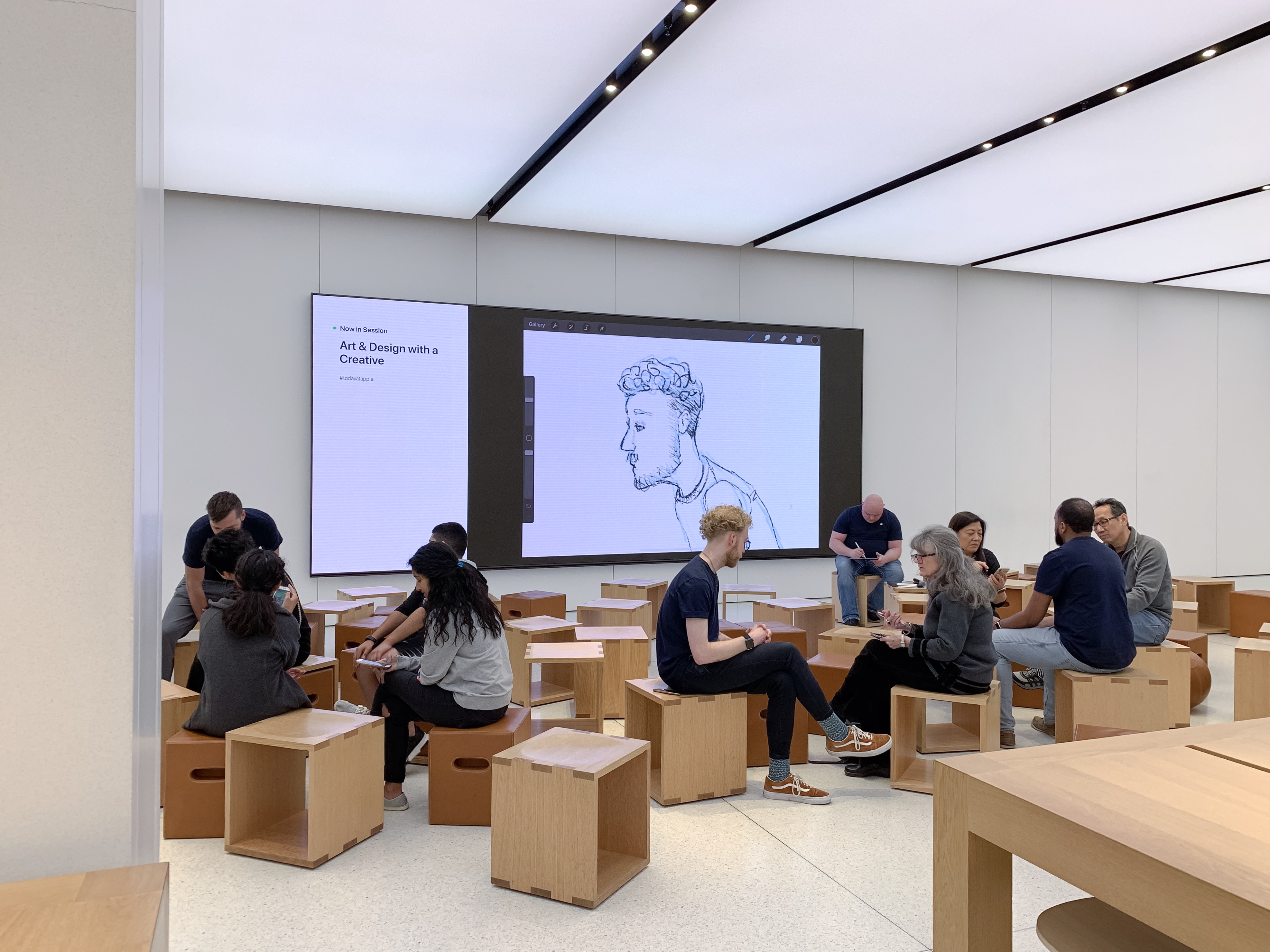 A total of seven Apple Stores have closed throughout the company’s entire retail history. Upon closing, Apple Willow Bend ventured into uncharted territory and became the first Apple Store with a Forum, video wall, and modern design elements like terrazzo flooring and Avenue displays to ever go out of service. Contemporary Apple Stores feature many more custom fixtures and materials than earlier locations. It remains to be seen how much of the store’s distinct character will remain after it passes into the hands of another tenant. 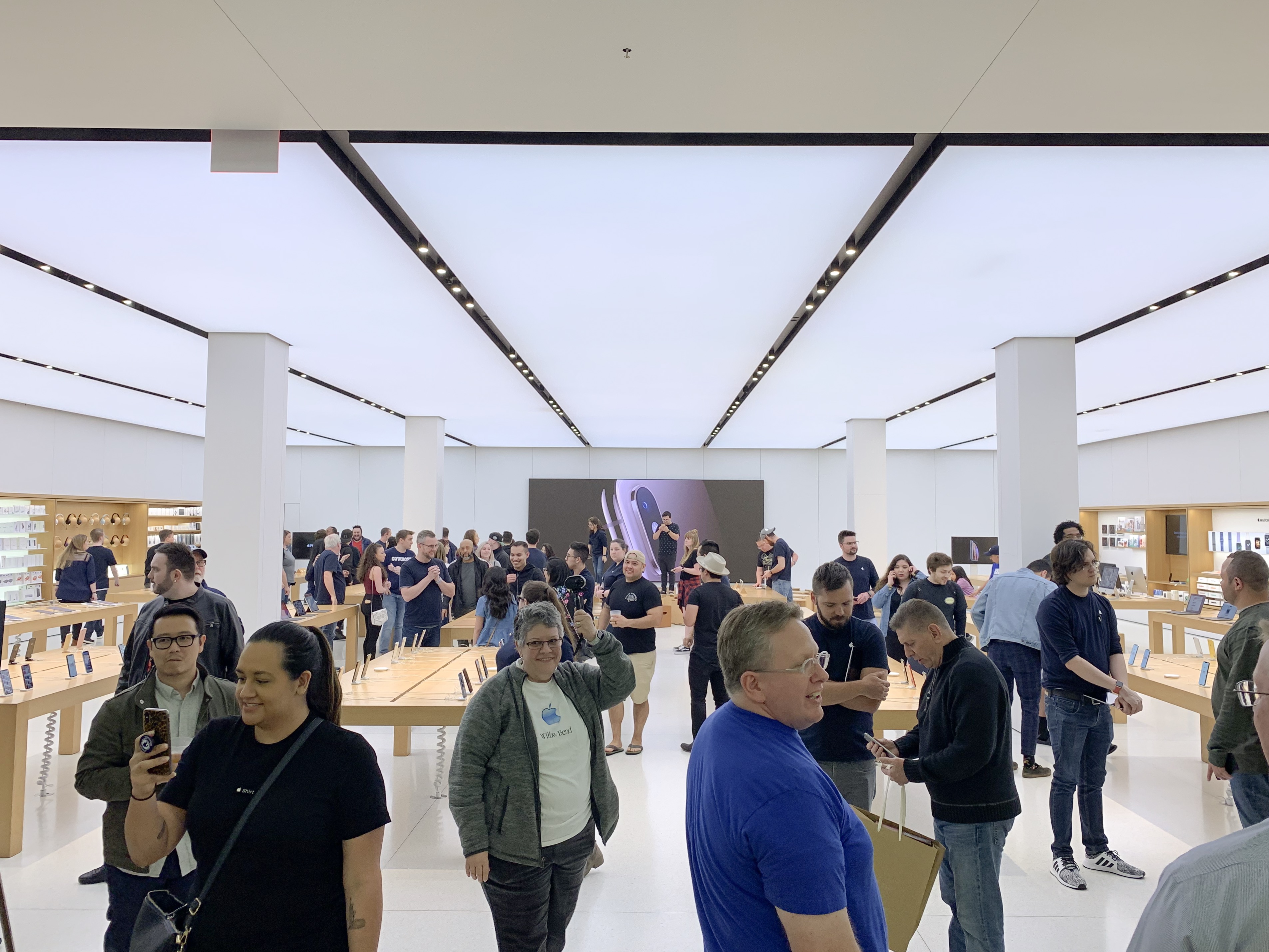 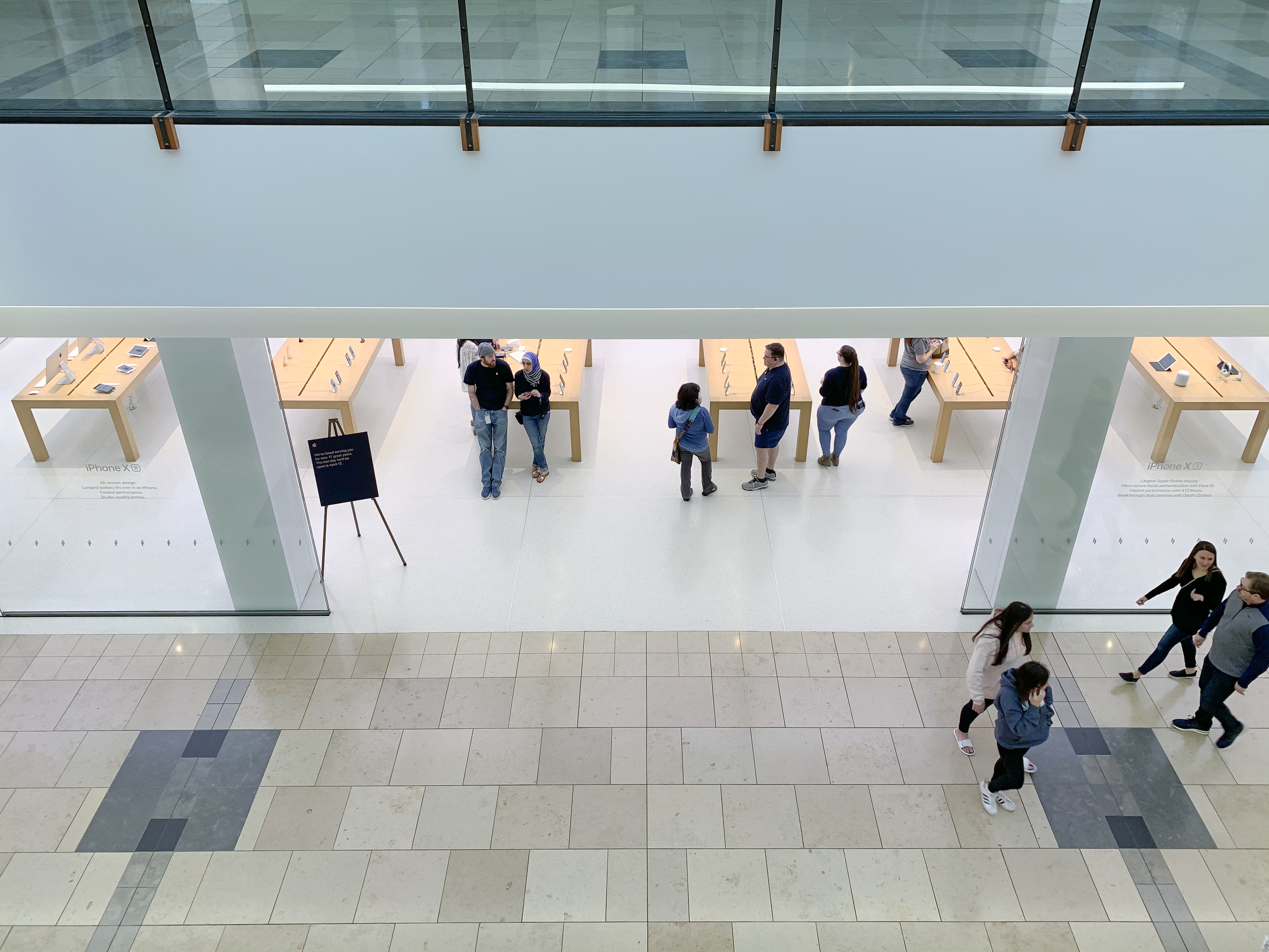 During the last hour at Willow Bend, the air was thick with nostalgia. While a brand new store at the Galleria is exciting, there was a feeling of loss. Memories had been made here. Current and former store employees gathered to celebrate over 17 years of stories and to take one last selfie. “Closing Time” and “Bitter Sweet Symphony” echoed through the store’s HomePods. Some visitors brought along shirts given out at the store’s 2001 grand opening.

As the glass doors slid shut one last time, cheers erupted from inside and from the crowd gathered in the corridor. One last shout of “Goodbye R008!,” and it was over. 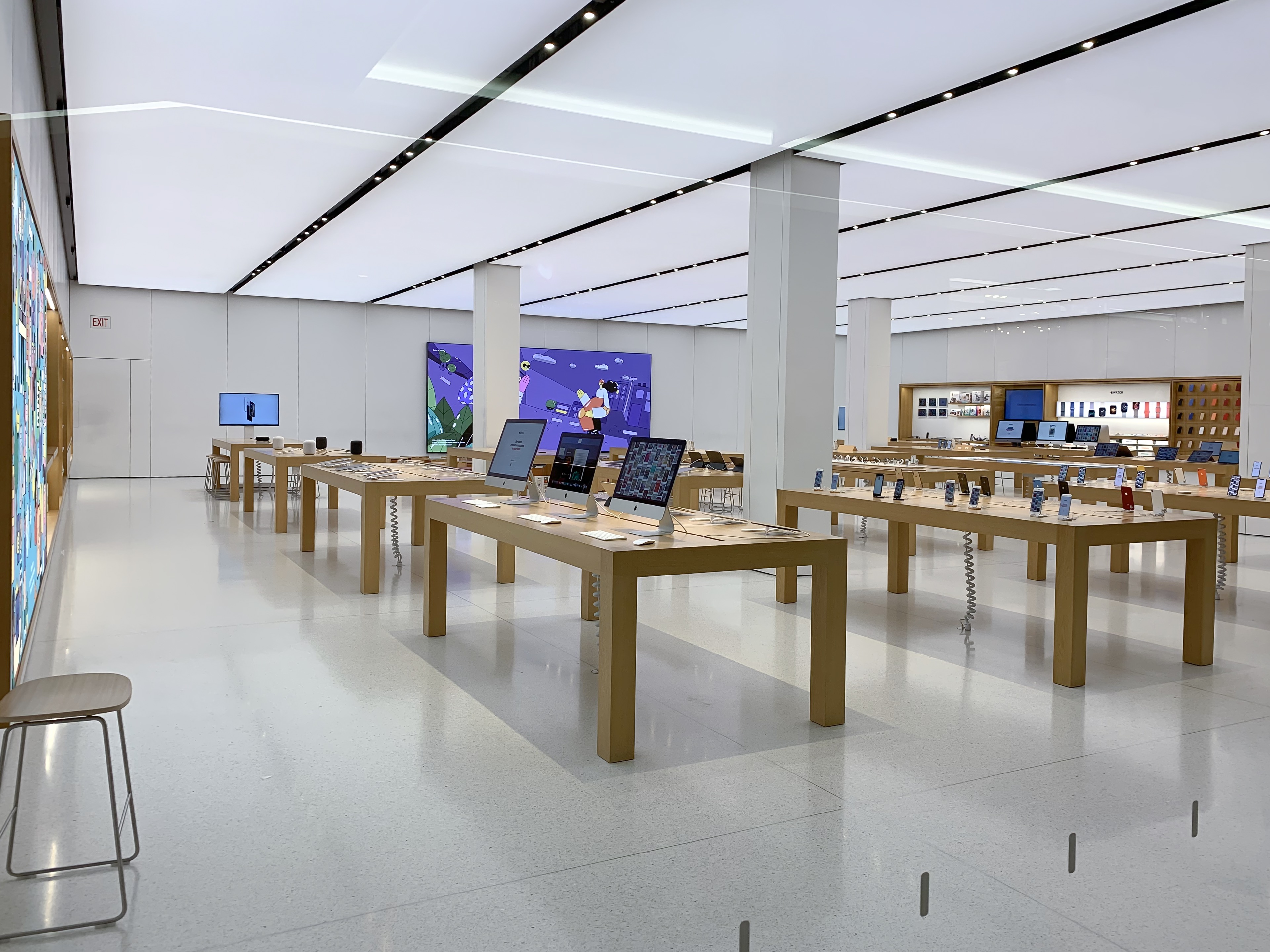