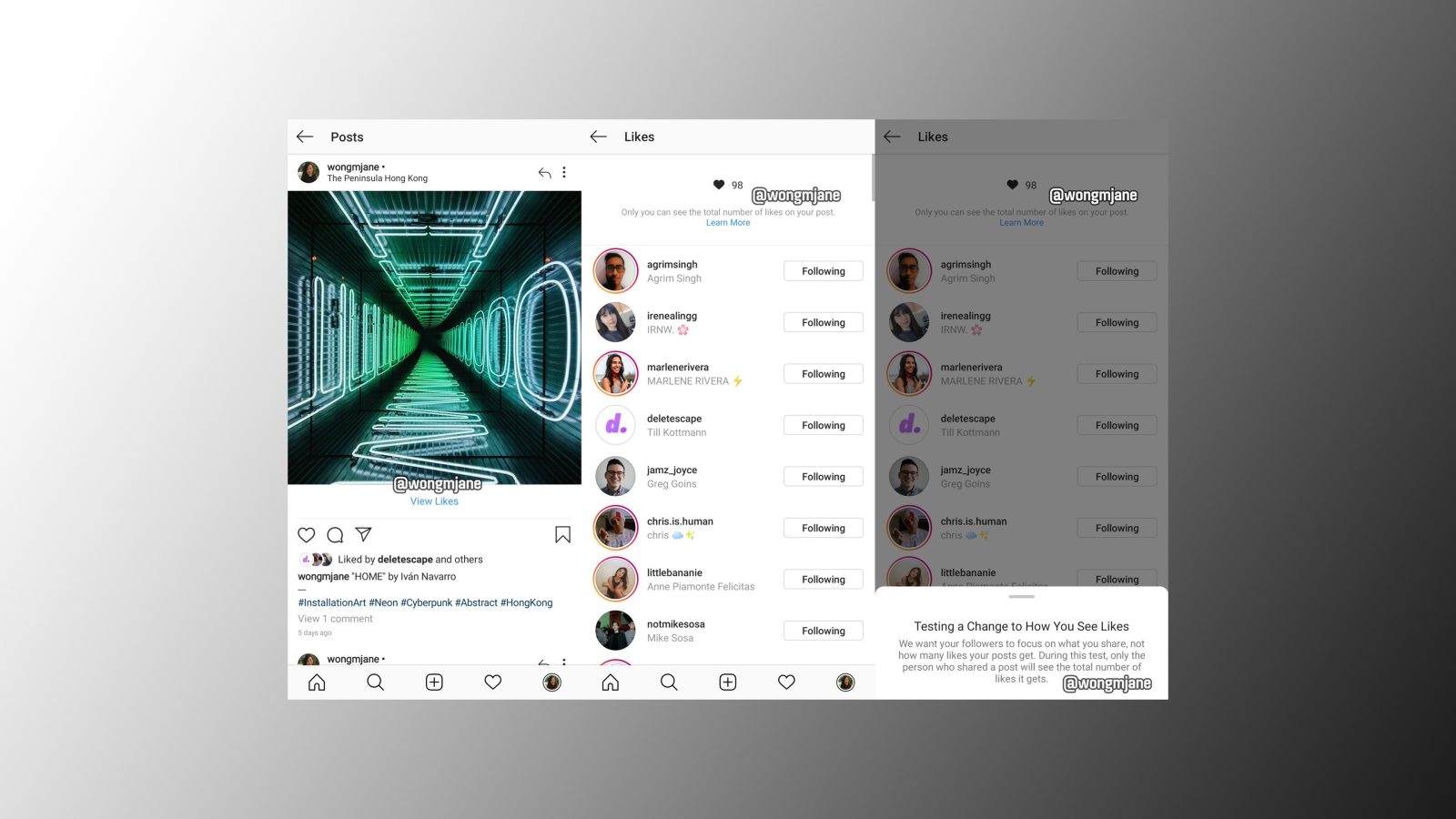 Instagram is seemingly considering a major shift in functionality. According to code found within the Instagram app, the company has considered hiding the number of likes a post gets. Instead, the interface focuses on who liked the image.

We want your followers to focus on what you share, not how many likes you get. During this test, only the person who shared a post will see the total number of likes it gets.

Essentially, this means that you can still obsess over the number of likes your post on Instagram gets, but others won’t be able to.

In a statement to The Verge, Instagram said that while it is not actively testing this feature, but added that it is always looking for ways to “reduce pressure” on its platform. “We’re not testing this at the moment, but exploring ways to reduce pressure on Instagram is something we’re always thinking about,” the company said.

Social networks have focused heavily on the idea of “digital wellbeing” lately. Instagram itself, for instance, last year launched a new “You’re All Caught Up” feature to help prevent so-called mindless scrolling due to its algorithm. Facebook, meanwhile, added a “Your Time on Facebook” feature to help users track how munch time they spend in the app.

Instagram doesn’t appear to be actively testing this hidden likes feature right now, so it’s hard to know when or if it might roll out to everyone. Nonetheless, it’s clearly something the social network has considered and theoretically could go live at anytime.

as stated in the app: "We want your followers to focus on what you share, not how many likes your posts get" pic.twitter.com/MN7woHowVN

Instagram told the press they are "not testing" this, which in my opinion is a word play — Instagram did not deny the fact the feature is being prototyped / developed