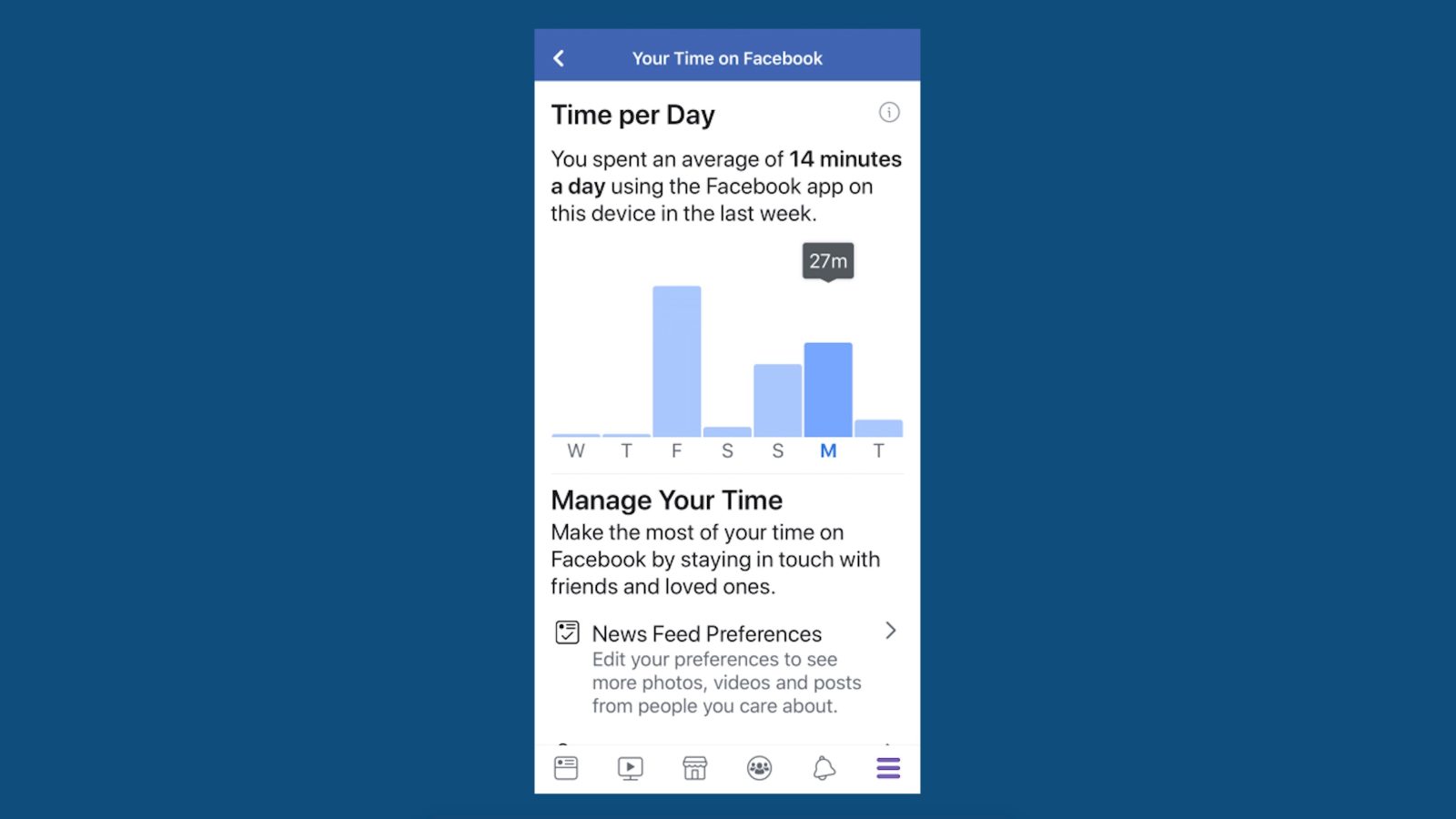 After announcing it nearly four months ago, Facebook today is officially starting to rollout its new “Your Time on Facebook” tool, which shows just how long you spend on the service. The rollout was first spotted by TechCrunch. The feature comes as other social networks, such as Facebook’s own Instagram, add new digital health functionality.

Facebook’s time-tracking feature is accessible via the iOS app by tapping the overflow menu along the bottom navigation bar. In the “Your Time on Facebook” option, you’ll see the average time you spend per day in the Facebook app, as well as a handy chart showing how your usage varies day-by-day.

Additionally, there are options to receive notifications after you’ve spent a predetermined amount of time in the app, as well as easy access to settings for things such as Friend Requests, News Feed options, and more.

Facebook originally announced this Screen Time style tool back in August, saying at the time that the goal is to “help people manage their time on Facebook.” The company added that it hopes the time-tracking features will “foster conversations between parents and teens about the online habits that are right for them.”

Facebook’s feature, however, is not nearly as powerful as tools like Screen Time. For instance, while there is support for notifications when a time limit is met, there’s no “hard” lockout of any sort. Screen Time on iOS at least makes it somewhat challenging to bypass time limits.

To access the new “Your Time on Facebook” feature, tap the overflow menu option on the far-right of the bottom navigation bar, choose Settings & Privacy, then “Your Time on Facebook.” The feature is still rolling out, so if you don’t see it quite yet, keep checking back over the coming days.

What kind of numbers are you seeing so far? Let us know down in the comments!