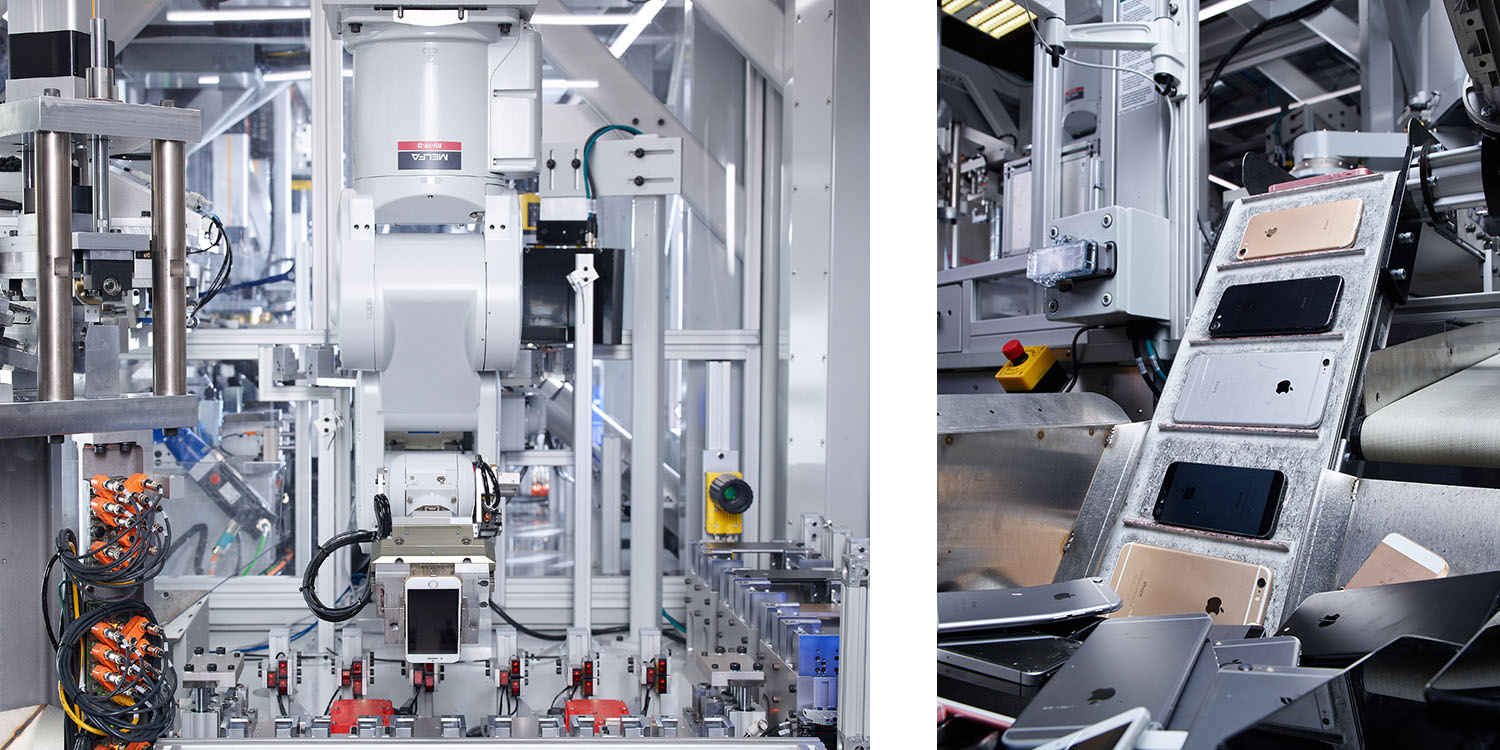 Apple has announced that it is quadrupling its US iPhone recycling program by making it available through Best Buy stores throughout the country. The program will also be available through KPN stores in the Netherlands. Phones will be returned to Apple for recycling by its Daisy robots.

The company is celebrating the development on its homepage, with the top section devoted to its trade-in program and environmental credentials …

Apple’s latest homepage says ‘Products should leave their mark on the world, not the planet.’ It links to an updated environment page and from there to its 2019 Environmental Responsibility Report.

Just as much innovation goes into the materials your Apple products are made of — and how they’re made — as into what they do. You can see that in the new MacBook Air and Mac mini. Their enclosures are made from 100% recycled aluminum, without compromising strength or finish. In so many ways, the most advanced products are the ones that make the least environmental impact.

Apple announced it latest numbers for refurbished and recycled devices.

Apple has received nearly 1 million devices through Apple programs and each Daisy can disassemble 1.2 million devices per year. In 2018, the company refurbished more than 7.8 million Apple devices and helped divert more than 48,000 metric tons of electronic waste from landfills […]

Daisy is now able to disassemble 15 different iPhone models at the rate of 200 per hour, recovering even more important materials for re-use. Once materials have been recovered from Daisy, they are recycled back into the manufacturing process.

For cobalt, which is a key battery material, Apple sends iPhone batteries recovered by Daisy upstream in its supply chain. They are then combined with scrap from select manufacturing sites and, for the first time, cobalt recovered through this process is now being used to make brand-new Apple batteries — a true closed loop for this precious material.

Apple also uses 100 percent recycled tin in a key component of the main logic boards of 11 different products. The company’s engineering of an aluminum alloy made from 100 percent recycled aluminum allows the new MacBook Air and Mac mini to have nearly half the carbon footprint of earlier models. Starting this year, aluminum recovered through the Apple Trade In program is being remelted into the enclosures for the MacBook Air.

The company says that 44 of its suppliers have now committed to using 100% renewable energy for their Apple production, and announced plans for Earth Day, which is on Monday, reminding us too of its Earth Day Challenge.

The company will be celebrating Earth Day on April 22 with environmentally themed Today at Apple sessions at all Apple Stores, and will be featuring original stories and collections of apps and games on the App Store to help people honor the Earth and consider their role in the natural ecosystem. Apple’s Earth Day Challenge also encourages Apple Watch wearers to complete any outdoor workout of 30 minutes or more to earn a special Earth Day Award and stickers for Messages.

Finally, Apple has opened a 9,000-square-foot Material Recovery Lab to help develop future recycling processes, and is supporting the work of non-profits Conservation International, SEE Foundation, and The Recycling Partnership.