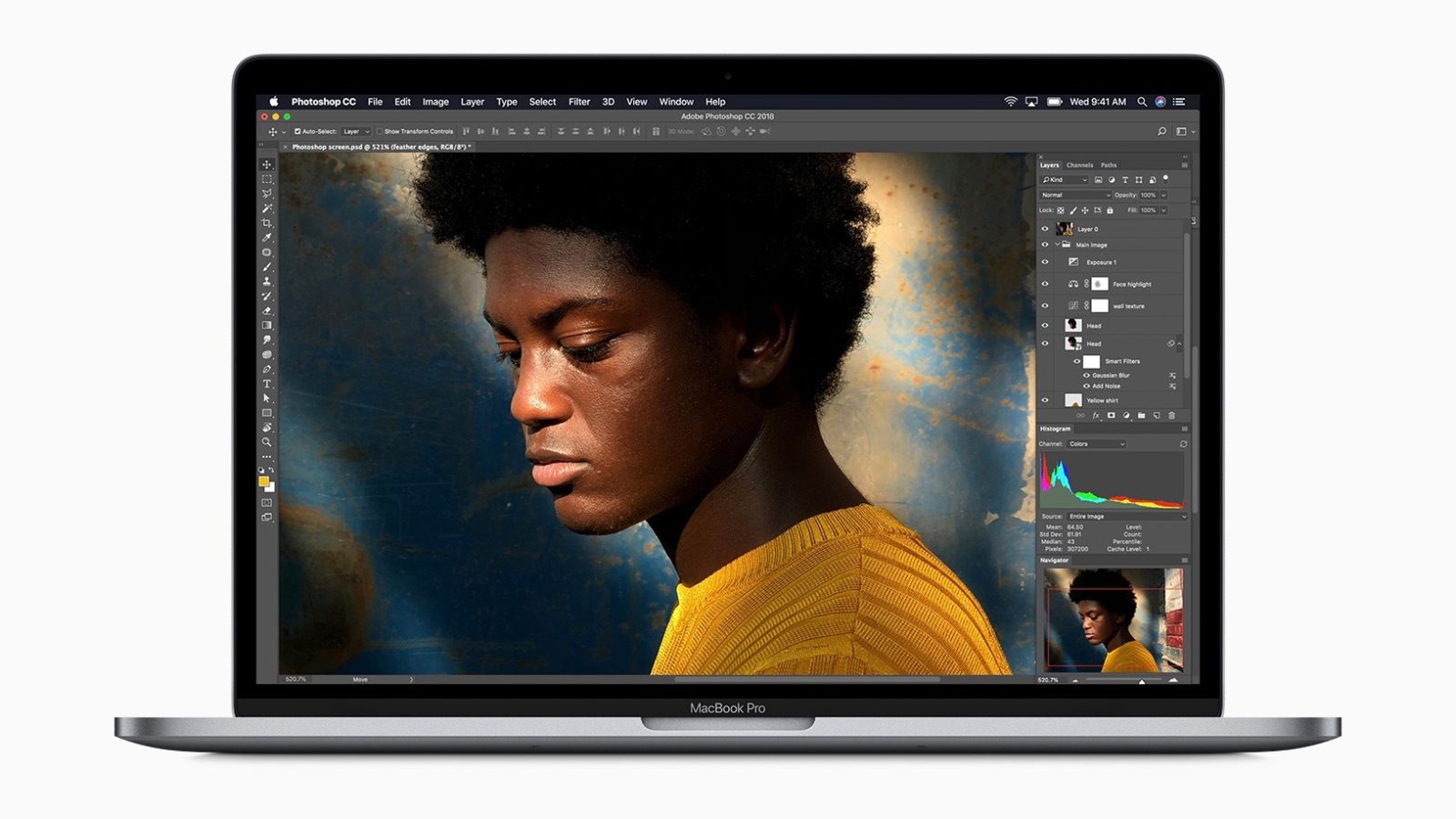 Apple has announced today that it is upgrading the MacBook Pro with faster 8th- and 9th-generation Intel Core processors. This revision marks the first time that the MacBook Pro has been available in an 8-core configuration. The new MacBook Pro models also feature a revised keyboard design.

“Now with 8-core processors for an incredible performance boost, along with its stunning Retina display, fast storage, all-day battery life and running macOS, MacBook Pro continues to be the world’s best pro notebook and we can’t wait to get it into our customer’s hands to see what they do next.”

Apple says that it is using “new materials” in the switch mechanism that should significantly reduce the occurrence of double and missed key presses. It will ship on the new MacBook Pro 15-inch and MacBook Pro 13-inch with Touch Bar that it just announced.

The company had no announcements on whether it would use this “new material” on other MacBooks it sells going forward.

This is Apple’s fourth butterfly keyboard revision. With the 2018 MacBook line, Apple included new silicone guards in an attempt to mitigate the many problems users were facing with the keyboard design. Earlier this year, however, Apple acknowledged that some users were still having reliability issues. Whether or not today’s keyboards fix those issues remains to be seen.

You can order today from Apple.com. In addition to the new MacBook Pros, Apple is also expanding its Keyboard Service Program to the 2018 MacBook Pro and MacBook Air.