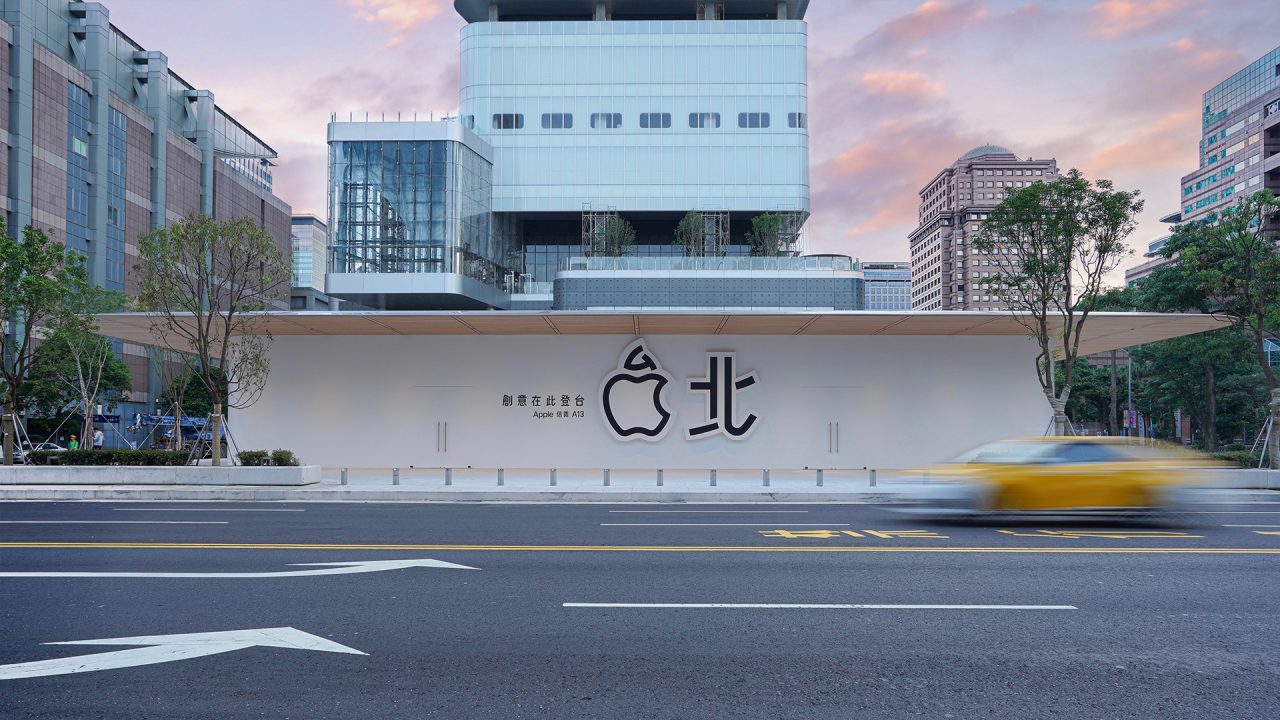 In Taipei, Apple is putting the finishing touches on its second official Taiwanese retail store. After opening its first location on the island in 2017 at Taipei 101, Apple is expanding outdoors with an open pavilion at street level in the Xinyi District of Taipei. Overnight, promotional graphics were installed on the building teasing its imminent arrival and name: Apple Xinyi A13.

10 minutes from Taipei 101 on foot is the Far Eastern Group’s Xinyi A13 shopping mall, a massive new retail endeavor that has been under construction since 2016 and in planning for many years longer. The mall is scheduled to open later this year. At the foot of the mall, Apple has constructed a low profile, transparent store with curved glass corners anchored by two stone pillars and topped by a wood-lined ceiling. The store’s layout and design should offer the closest experience to the interior of Apple Park Visitor Center outside of the United States.

No opening day or time has been posted on the building, but a formal announcement should be made soon. Graphics on the building combine Apple’s logo with Chinese characters to read “Apple Taipei.”

Adjacent to the store is a tree lined plaza with public seating that guides shoppers between Apple’s space and the rest of the mall. The Xinyi District is known for its premium shopping selection, and the store will enjoy high visibility on a busy street corner. Visitors to the Taipei 101 Observatory will also be able to catch a bird’s-eye view of the store’s roof from the skyscraper’s 88th floor, where a polished Apple logo lets sightseers know what lies below. 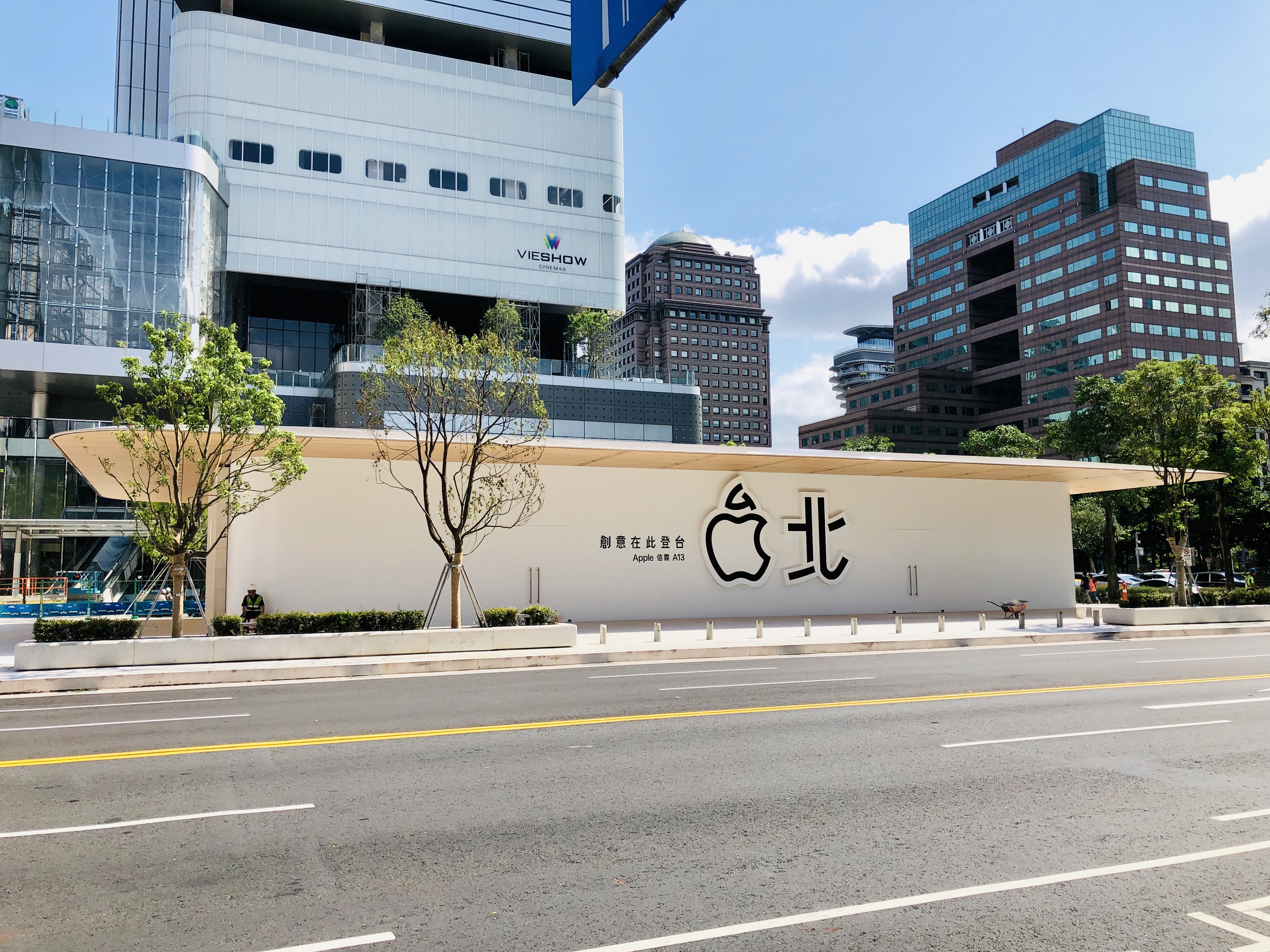 Another view of Apple Xinyi A13 courtesy of reader David.

Like all new Apple stores, Taiwan’s second location aligns with Apple’s goal of creating community spaces to expand the reach of Today at Apple. With presumably a greater Forum than found at Taipei 101 and direct access to the city, Apple will likely redouble efforts to line up exclusive sessions and performances at its latest store.