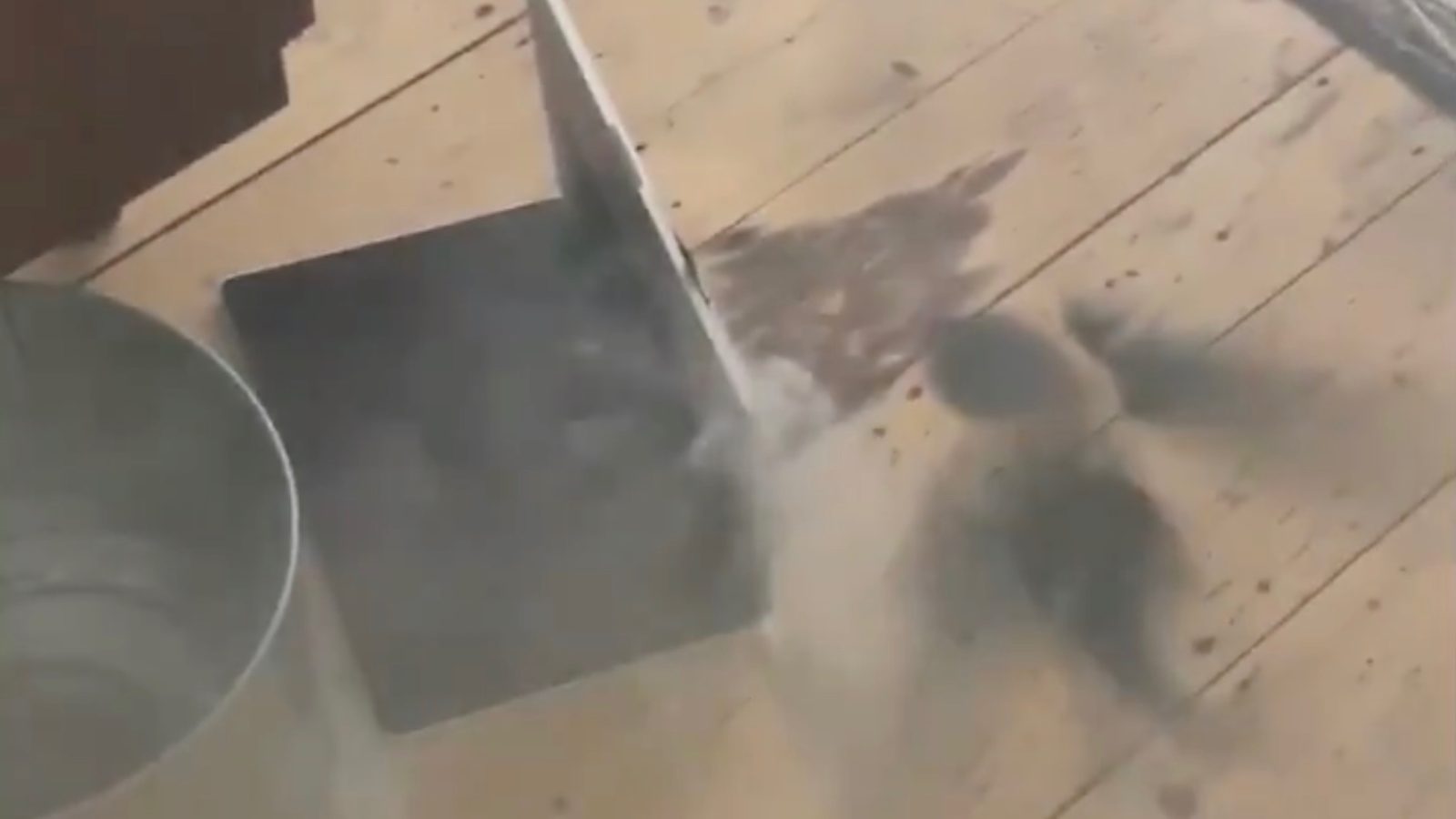 Swollen batteries and thermal events are a possibility (although rare) for any device with a battery, but a recent video has captured an unfortunate scenario where a MacBook Pro has caught fire and created enough smoke to set off the user’s home smoke alarms.

White Panda, a DJ, shared what happened to his MacBook Pro during what he claims was “normal use” on Reddit and Twitter. Fortunately, no one was hurt, although there was some damage to White Panda’s floors.

Yesterday afternoon my MacBook Pro exploded during normal use. It was on my lap, plugged in, and suddenly started to spew smoke out both sides. I quickly placed it on the floor where it popped, the smoke increased, and it caught fire. Toxic smelling smoke filled my house triggering smoke and CO alarms. No one was injured, thankfully, but there was some damage to my home. The situation could have been much worse – imagine if I had been on a plane.

He further explained that he took the MacBook Pro to his local Apple Store about an hour after the incident. Staff put the notebook in a fire-proof safe and told him they would reach out after 24 hours.

I went inside and was able to remove the computer to the porch using gloves (it was scalding hot). Below is a short video taken when I re-entered the house a few minutes after the explosion. After it cooled for an hour or so, I took it to the local Apple store in a rage. They understood the severity of the situation but said nothing could be done until it spent 24 hours in a fire-proof safe and that they’d call me with a plan/update.

White Panda says he called back to check on the incident and was told his case was escalated and Apple would get back to him within five days.

They did not call. I reached out today and was told it had been “escalated” and I should hear something within FIVE days. I produce music for a living – FIVE days without my computer is unacceptable. It seemed like a worthwhile piece of information to share with the world, so there you have it.

While it’s certainly no consolation for White Panda, thermal events like these are quite rare when looked at in context of the billions of Apple devices in use (1.4 billion as of last January). In any case, hopefully White Panda sees a quick resolution to this incident.

If you notice your battery swelling on any of your Apple devices, be sure to take it to your nearest Apple Store or Authorized Apple Service Provider.

As noted by White Panda, the video below shows his MacBook Pro a few minutes after the explosion happened and the fire died down.

My MacBook Pro exploded today during normal use. No injuries, luckily. Some damage to the house. Could have been worse – good thing I wasn’t on a plane.