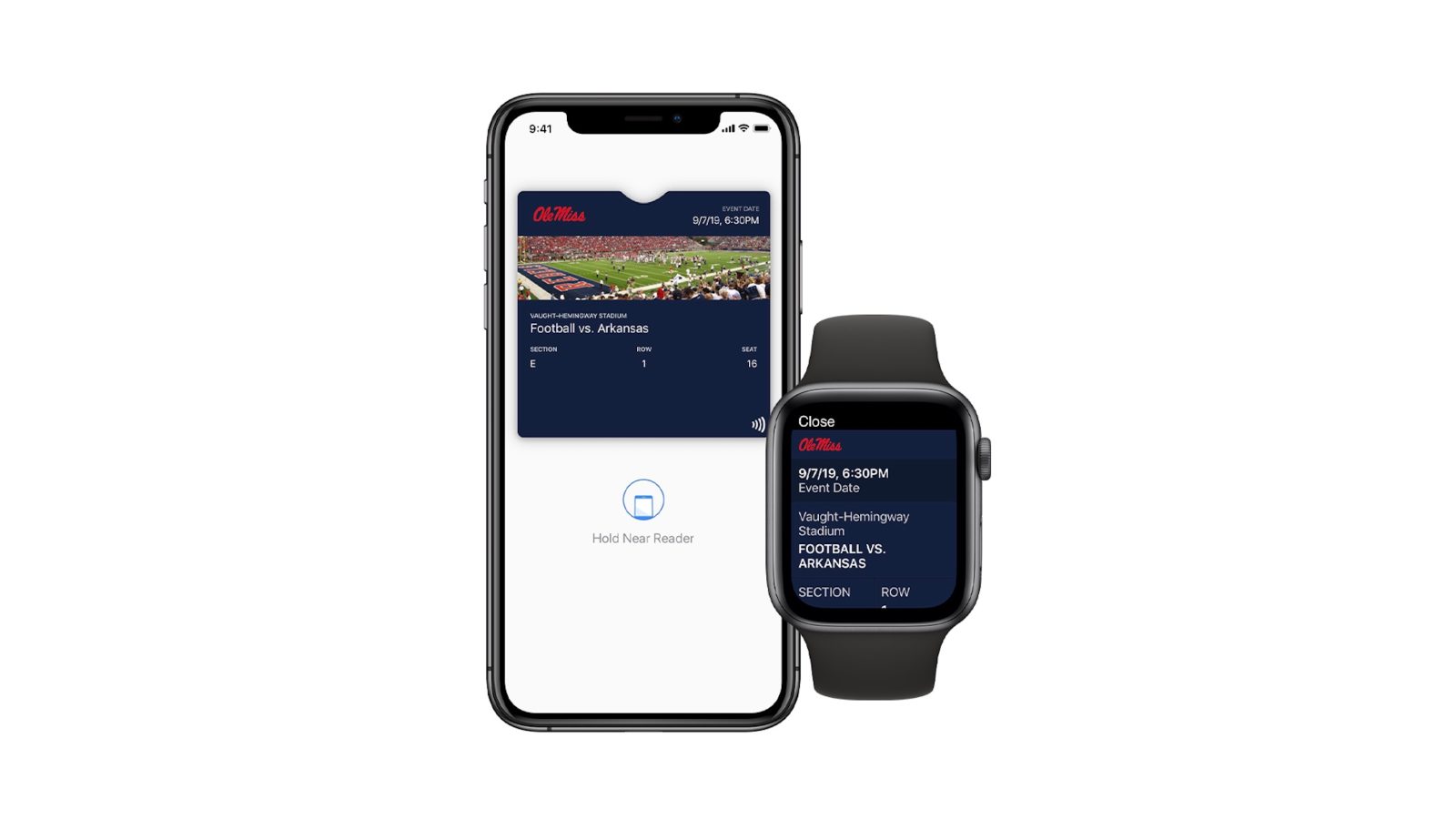 Football fans at those schools will receive their purchased tickets via text message, and will then be able to add the tickets to Apple Wallet. As they enter the stadium, attendees can simply tap their iPhone or Apple Watch on an NFC reader.

“iPhone and Apple Watch make going to college sports games easier than ever,” said Jennifer Bailey, Apple’s vice president of Internet Services. “We’ve said our goal is to replace the physical wallet and students and fans will love the convenience and security of having their tickets right on the Apple devices they carry with them every day.”

“We are excited to roll out contactless ticketing for our students this football season,” said Brian Broussard, Associate Athletic Director – Ticket Sales & Operations at Louisiana State University. “All 14,000 students will be able to take advantage of tap-and-go mobile technology which will make it a faster and easier process to enter Tiger Stadium.”

Paciolan doesn’t offer any details on when it might expand contactless ticketing support to additional universities. The first batch of universities will launch the feature this fall for the 2019 college football season.