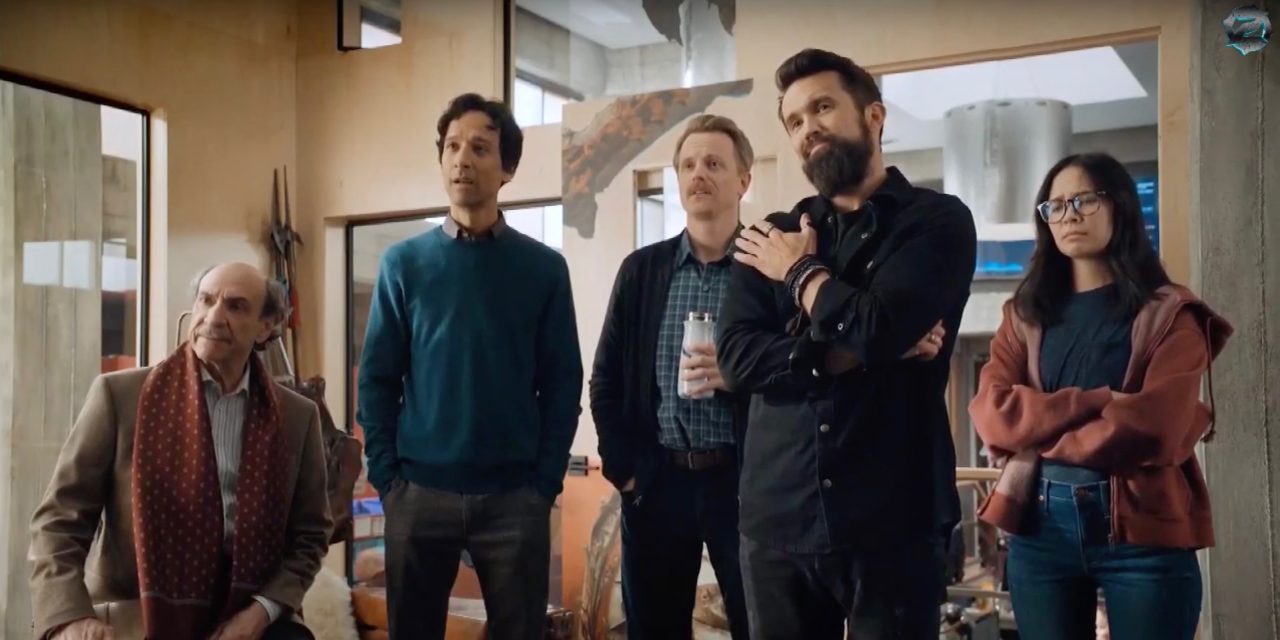 We first heard about the upcoming comedy series in the works for Apple TV+ from It’s Always Sunny in Philadelphia’s Charlie Day and Rob McElhenney back in February. Now a full trailer for Mythic Quest was shared today at E3 2019 that gives a closer look at what to expect from the new series.

Mythic Quest follows a game studio whose highly popular title of the same name is about to receive a major expansion. Rob McElhenney plays the role of Ian Grimm, the eccentric creative director of the biggest massive multiplayer roleplaying game of all time.

In the trailer below, we get a look at Grimm’s outlandish behavior and how highly he thinks of himself, with comparisons to George Lucas, Steven Spielberg, and James Cameron in a ridiculous advertisement that he’s created.

We previously learned a bit more about some of the comedy’s other characters:

Abraham will play C.W. Longbottom, a seasoned writer who works at the studio. Nicdao plays Poppy, the lead engineer at the studio. Hornsby is David, a hapless, emasculated producer. Pudi portrays Brad, an alpha male who works in the monetization department at the studio. Burch plays Rachel, who feels undervalued in her role as a game tester. Hakim is Dana, a sweet and studious game tester who loves nothing more than gaming. Ennis portrays Jo, David’s over-eager assistant.

Apple is set to launch its Apple TV+ subscription with original content later this year. Check out the two-minute trailer for Mythic Quest: