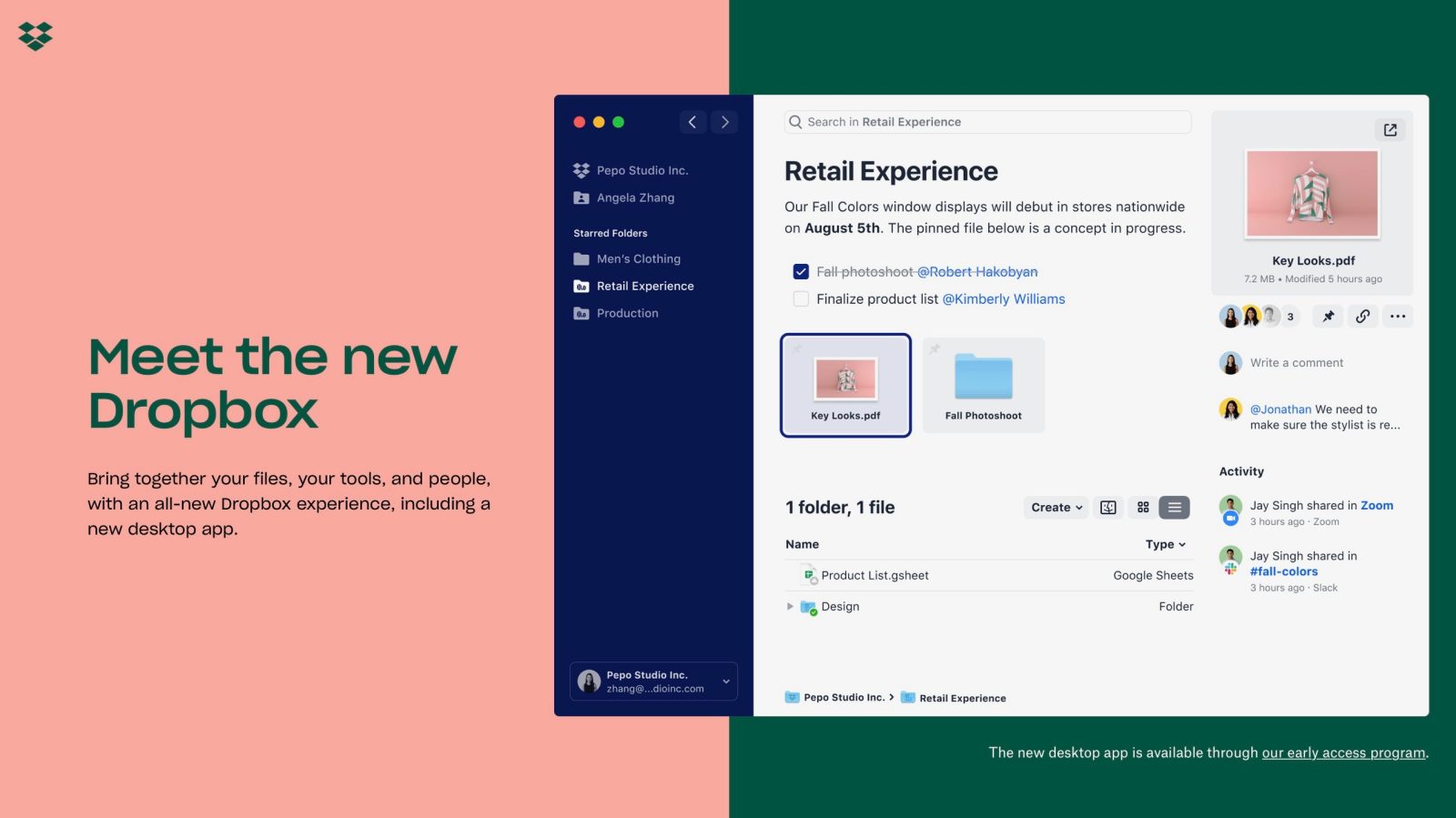 Dropbox has released an all-new Mac app today and updated its web and iOS apps to unify and enhance the user experience across all platforms. The update also brings new integrations with third-party software like Slack and improved collaboration features like pinning files, to-dos in folders, and much more.

Dropbox announced the news in a blog post and press release today calling the new Mac and Windows app and updated workspace across its iOS and web experience “the biggest user-facing change in the company’s history”:

With updates to the Dropbox desktop experience, dropbox.com, and the mobile app, users get a single workspace designed to bring files, fragmented work tools, and teams together. The update includes early access to a new desktop app designed to provide a convenient new access point to the workspace.

The latest changes focus on bringing content, tools, and teams together for a seamless experience. Dropbox CEO, Drew Houston, said “The new Dropbox helps you quiet the noise and find focus at work.”

Highlights of the new Dropbox:

The new Dropbox brings cloud-based content into the Dropbox file system to provide one central location for all content, including:

The changes also include new integrations with Slack and Zoom and a new partnership with Atlassian.

The new Dropbox brings together the tools people want to use the most so they can spend less time switching between apps and more time getting work done. Last year, the company announced Dropbox Extensions, a series of integrations that let users start and finish workflows—like signing contracts and annotating videos—in the Dropbox platform. Beginning today, users can also:

The company has also formed a strategic partnership with Atlassian. In the coming months, the companies will build deep integrations across Dropbox and Atlassian’s platforms to create a better way for teams to organize, coordinate and run projects.

Available via early access with the new desktop app, folders now have improved capabilities across desktop, mobile, and web, providing a rich workspace for teams. Users can:

Dropbox notes that the new Mac app is opt-in through the early access program link here for all users and admins can do the same for their teams in the admin console. Other features are available now across the platform with some rolling out “over the next few weeks.”

Dropbox updated its iOS app today with the new features.