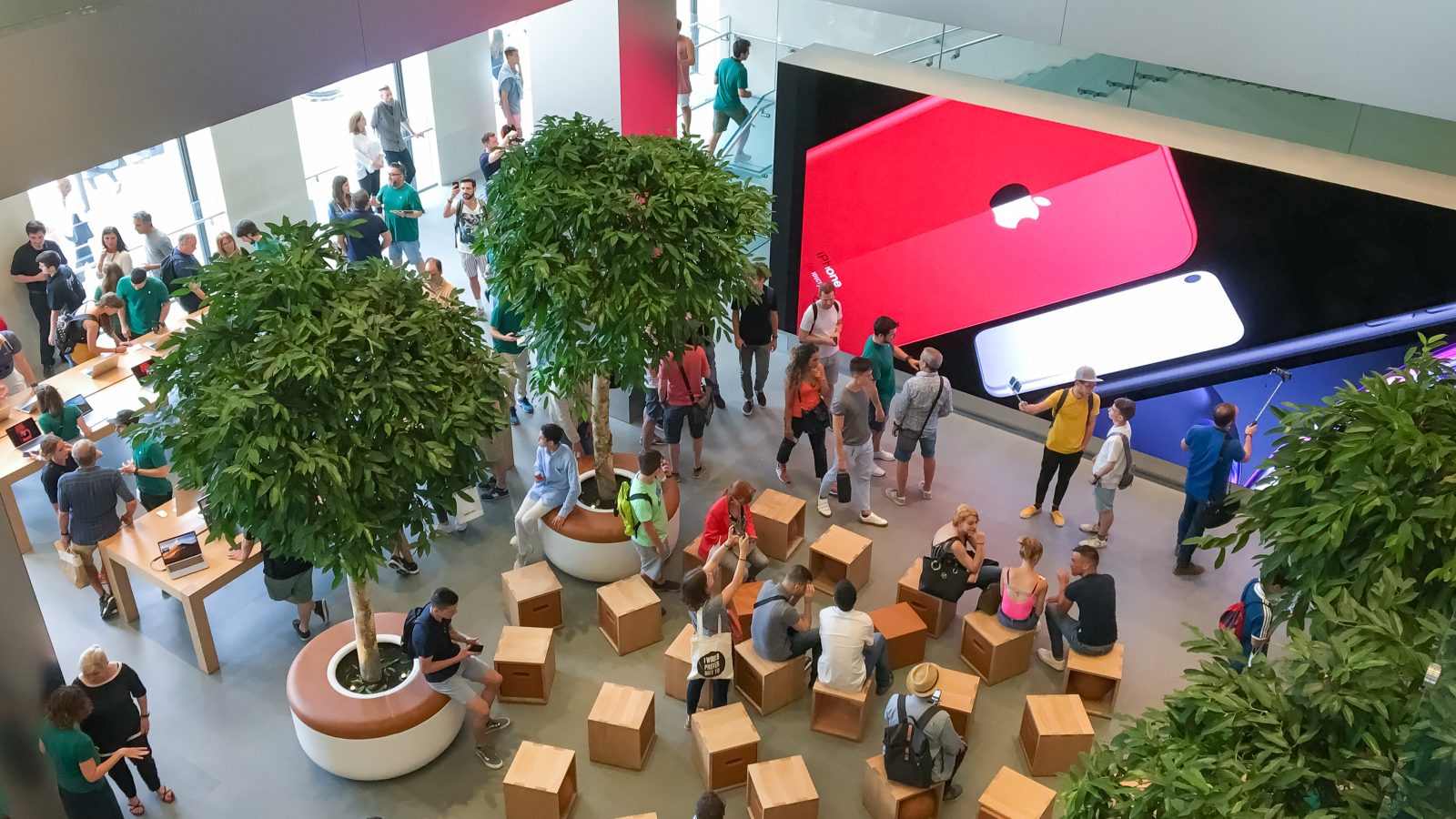 Sometimes, a change in scenery is all it takes to gain a new perspective. Apple fans in Barcelona today are learning this firsthand as Apple celebrates the grand reopening of its Passeig de Gràcia store following four months of renovation. Changes large and small add up to a new focus on creativity that Apple is sharing with the community.

On the edge of Plaça Catalunya, Apple’s historic storefront temporarily went dark in February. Apple has called the former bank building home since July 2012, but it was time for a change to keep the store a star location.

If you’ve visited Apple Passeig de Gràcia before, you won’t notice any modifications outside. The historic facade remains intact. Inside, too, many of the architectural details remain the same as they’ve always been. Stone native to Spain still covers the walls, and the signature glass staircase still climbs to the second floor.

Like all remodeled stores, the focal point of the redesign is the Forum and video wall. Similar to a layout used in Kyoto, Japan, Apple has placed a freestanding 8K display in front of the staircase, bordering the two-story atrium at the center of the store. Four trees and one extended leather bench fill in the Forum. 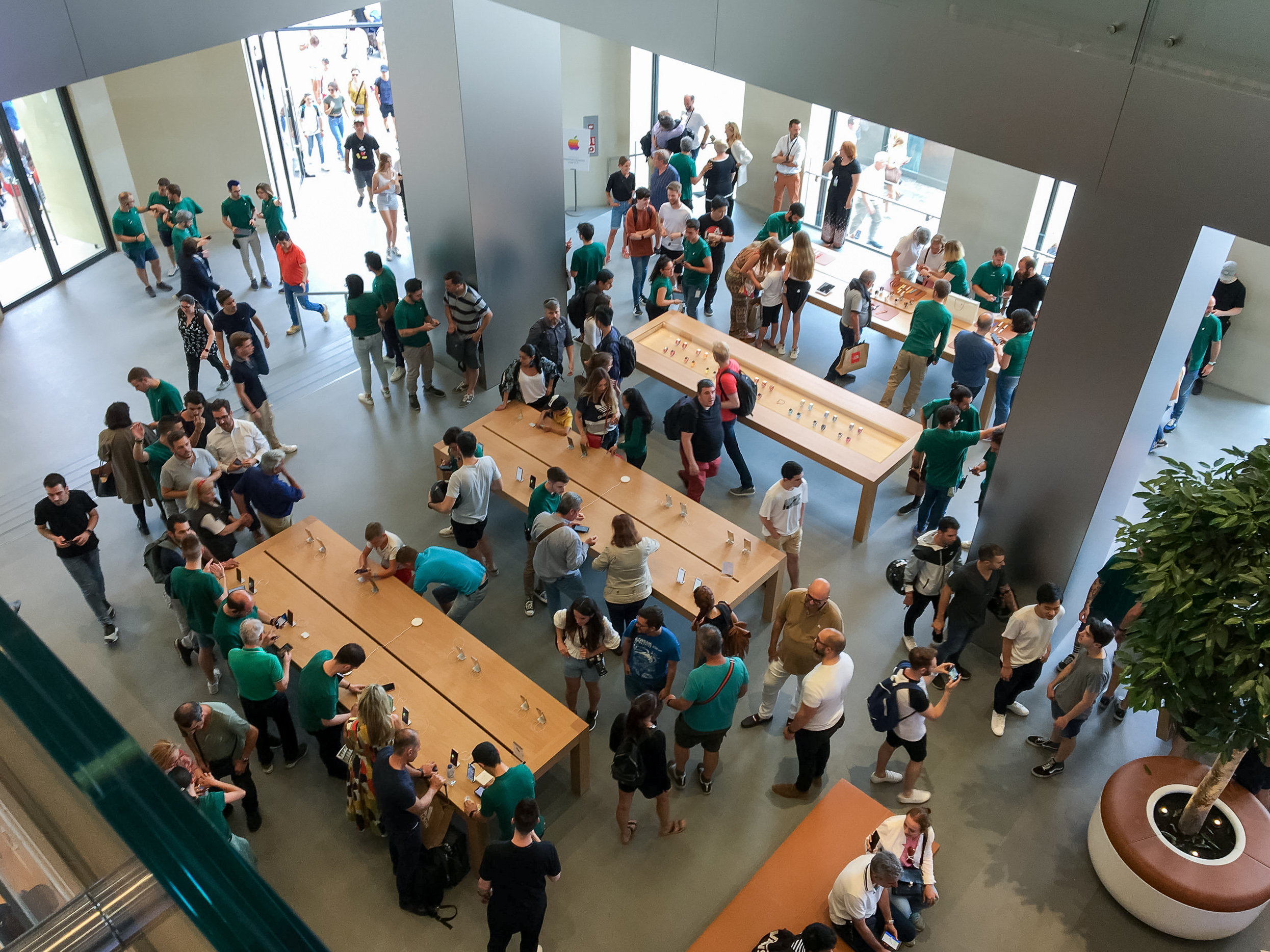 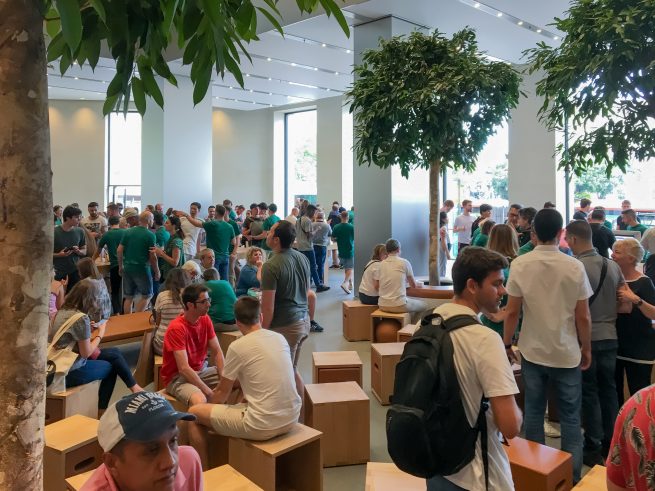 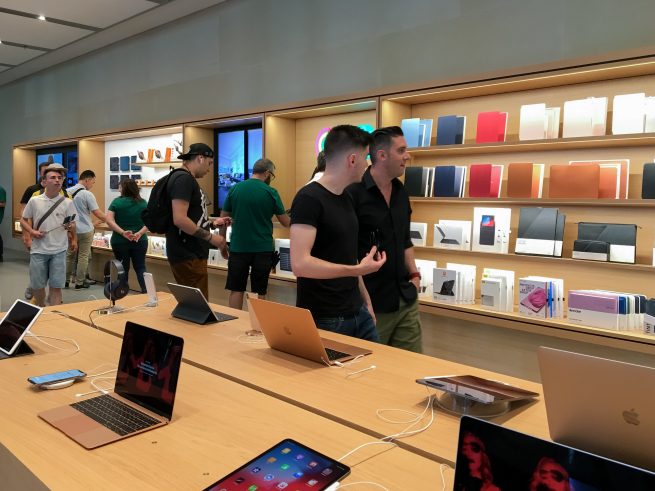 The rest of the first floor is still dedicated to products and accessories. Large backlit graphic panels have been replaced by Avenue shelving. Rather than cut into the stone walls, Apple adapted a freestanding Avenue design it last used at London’s Covent Garden. Tiny details have been cleaned up, like the removal of visible power cables running from tables to the floor. 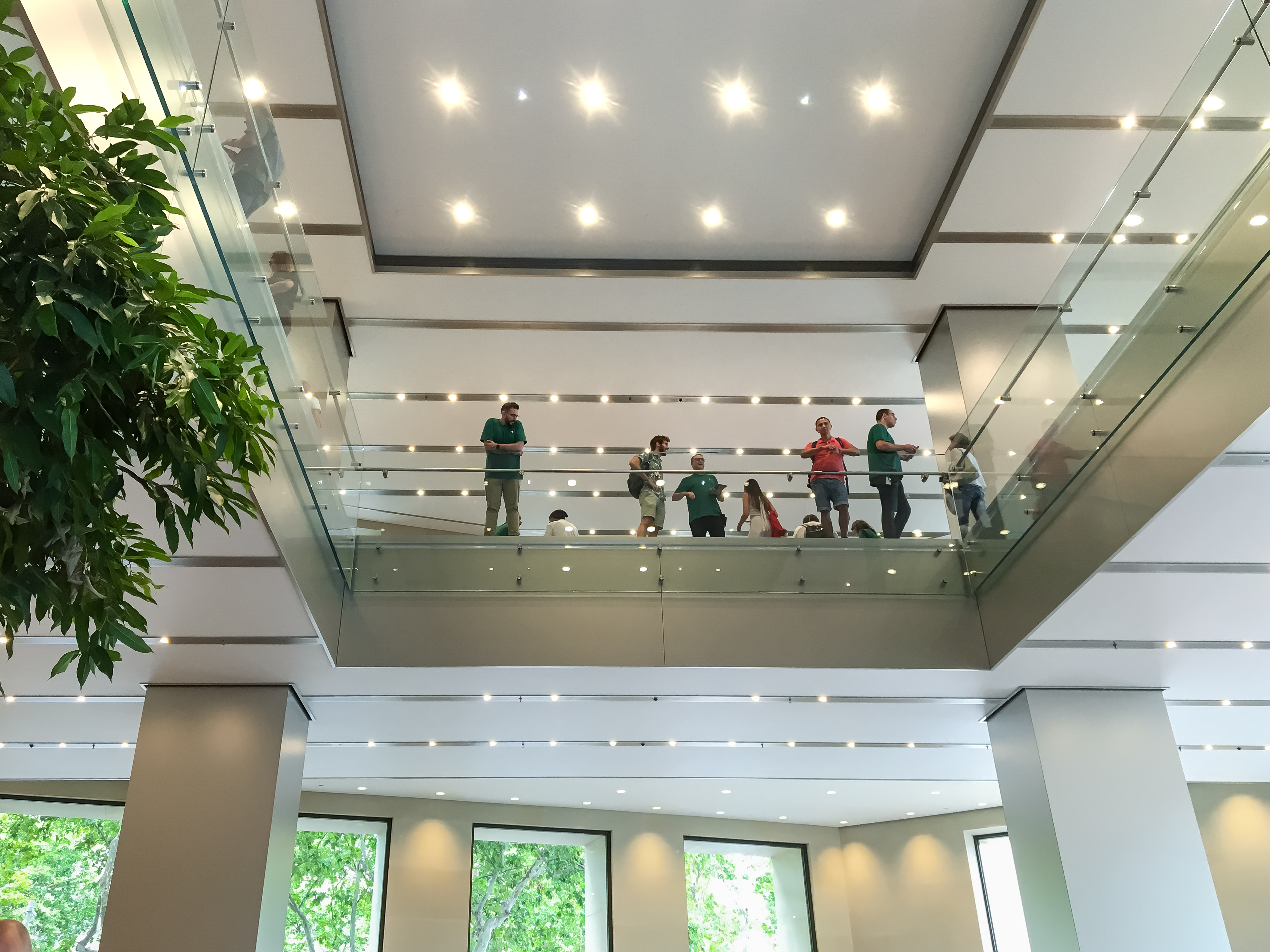 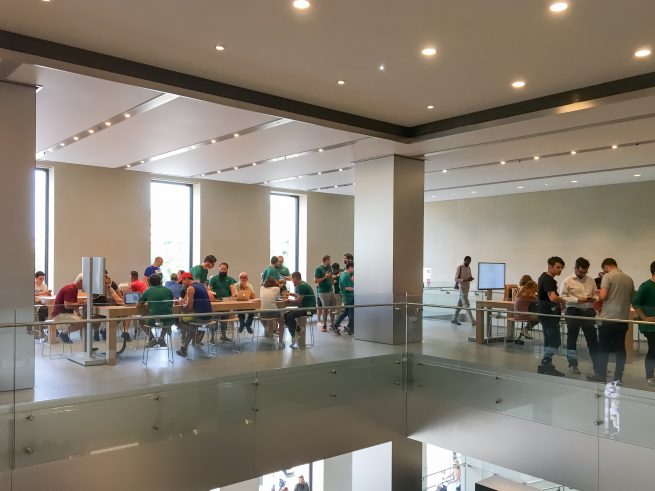 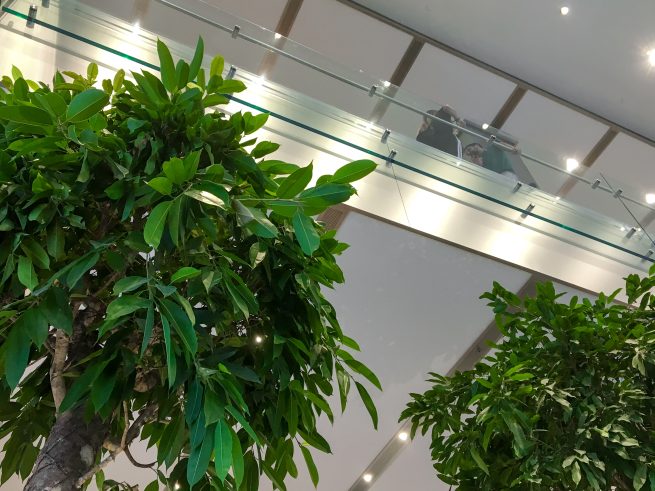 The second floor has a service focus, with tables for support and training filling the majority of the balcony. The store’s Genius Bar disappeared several years ago, but this latest redesign removes the last vestiges of the original layout. Additional leather benches replace older wooden seats. Outside of the main sales area, Apple has removed the store’s Briefing Room and rebuilt it in the basement as a modern Boardroom on par with brand new flagship stores around the world. 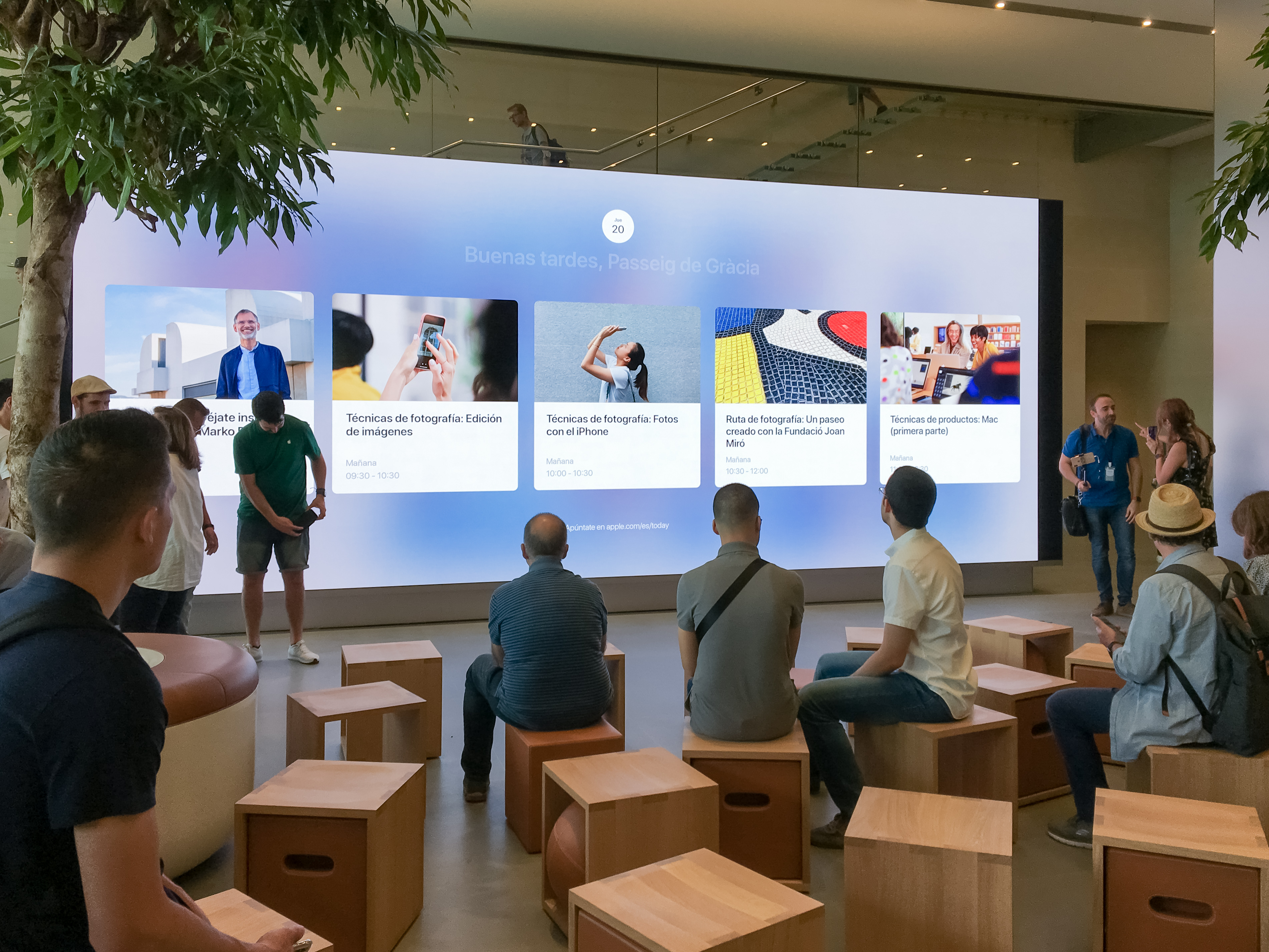 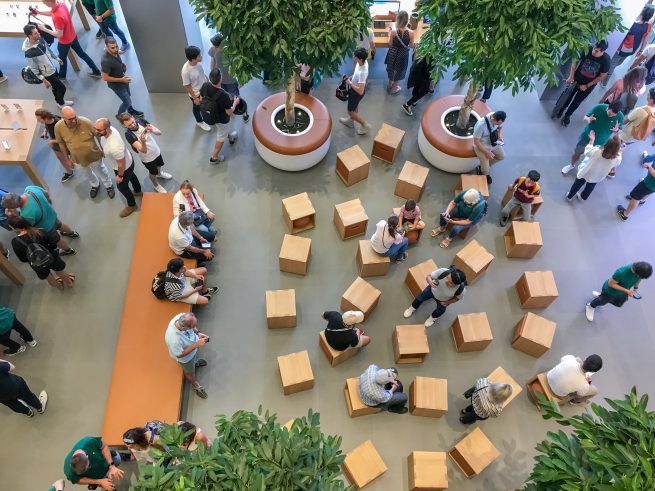 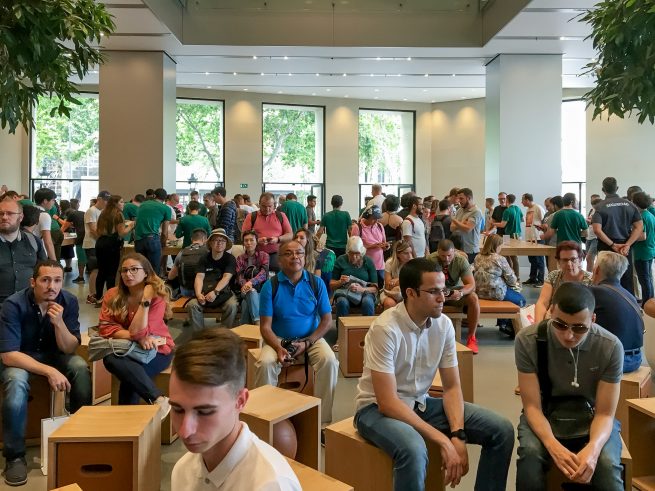 In celebration of the revitalized store, Apple has organized one of the most unique campaigns it has ever used for an upgrade project. On the App Store’s Today tab, a story filled with creative apps like VSCO and djay that support Today at Apple sessions was featured. There’s also an Apple Music playlist created for the store filled with the sounds of Barcelona.

During the lead up to the grand opening, the culture of Barcelona was also referenced through Spanish tile-themed artwork covering the store’s windows. Created in the style of architect Antoni Gaudí, each window depicted unique Apple iconography.

Spanish tile is a great starting point for a mosaic animation: pic.twitter.com/PXwnsDwCLL

Throughout the spring, Apple’s partnership with the Fundació Joan Miró art museum has been a constant. During renovations, creative sessions on photography, art, and coding were hosted by the store’s Creative Pros at the museum, a first for Today at Apple. The partnership extends through this summer with a series of events under the marquee “Create your own adventure.” An exclusive session hosted by Fundació Joan Miró director Marko Daniel kicked off a schedule of special photo walks designed with the museum to explore how light and color reflect a Miró mosaic in Barcelona. 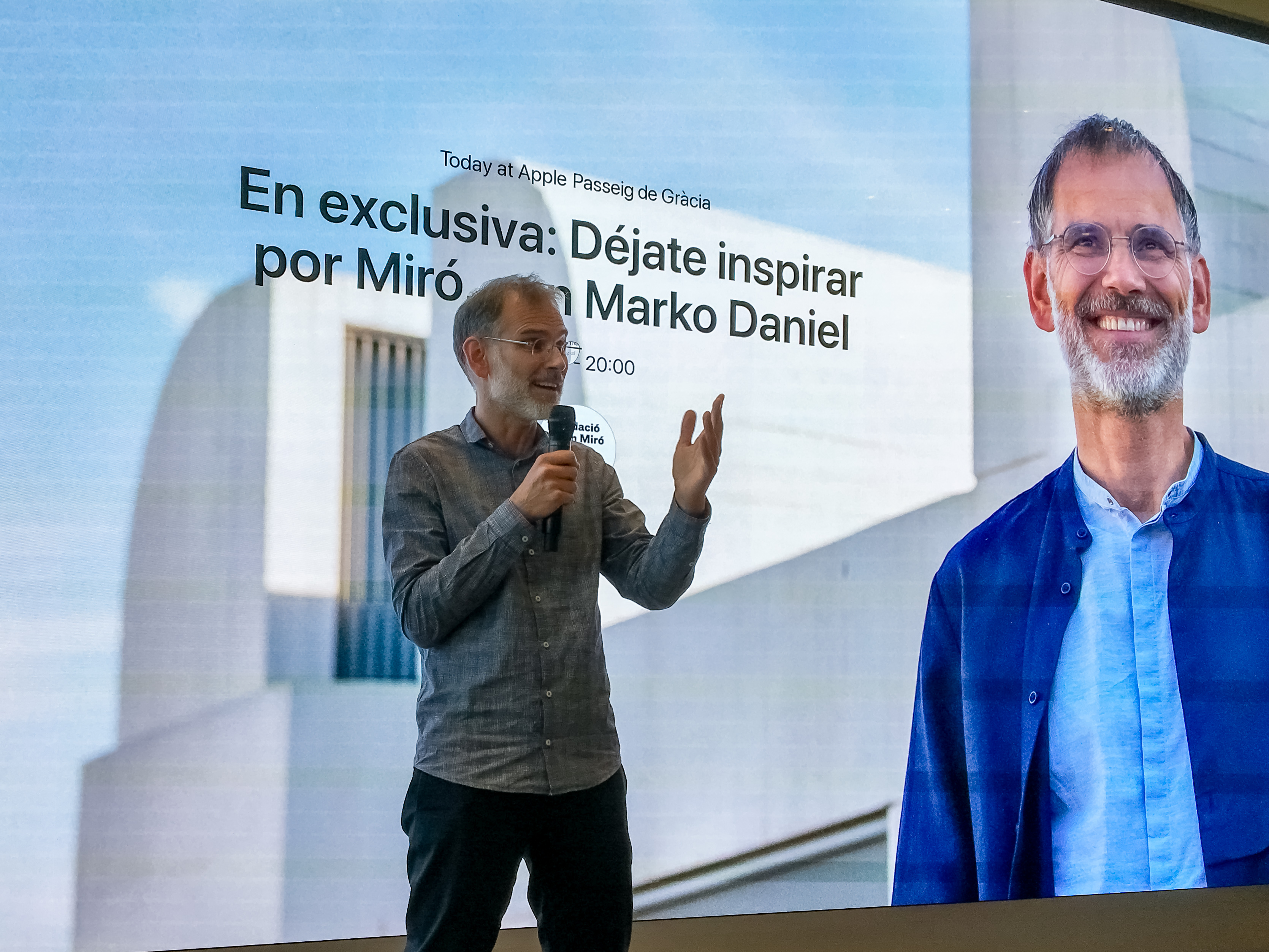 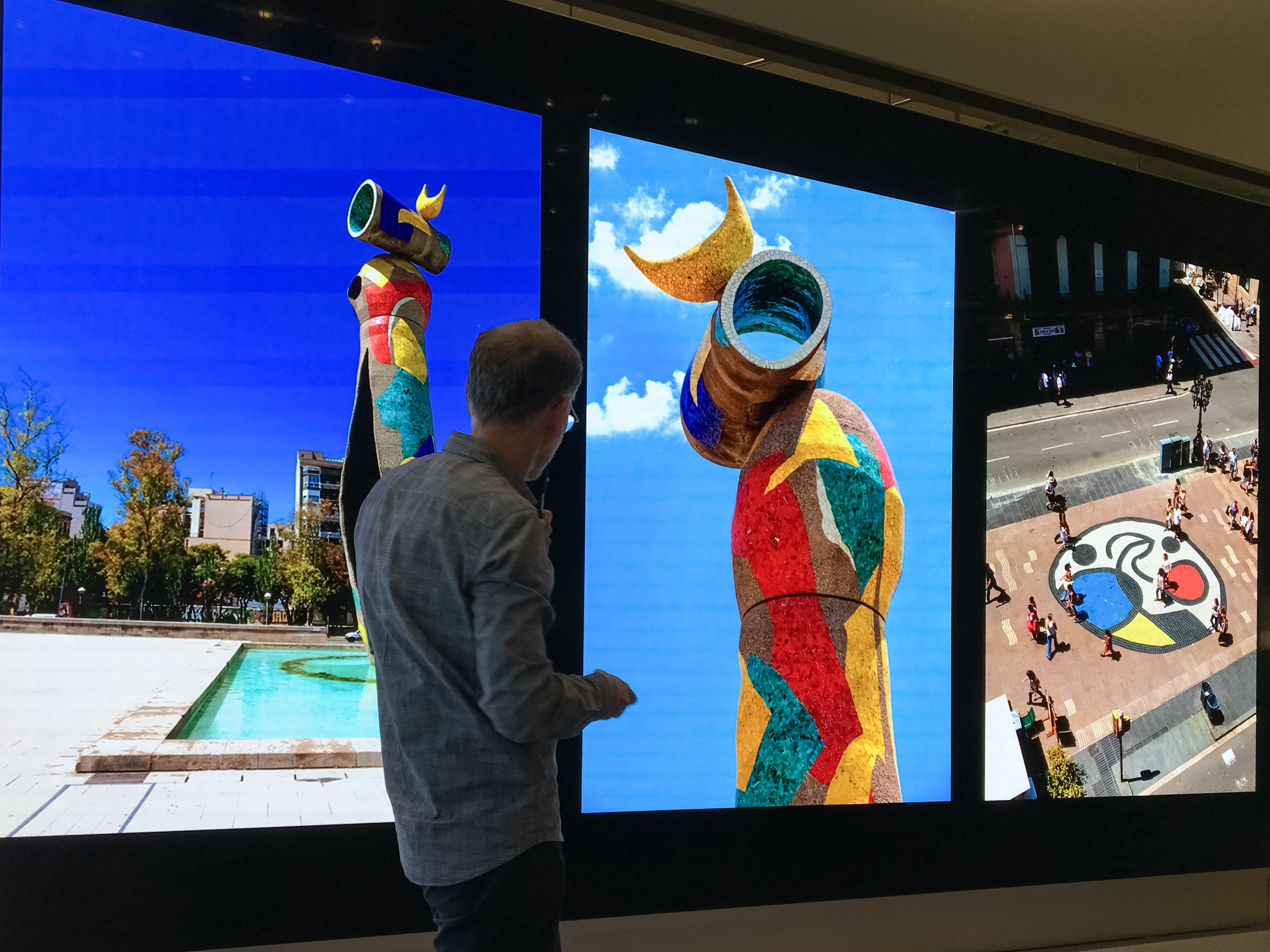 What’s next for Apple retail in Spain? Apple Puerta del Sol in Madrid is preparing for a glow up of its own. 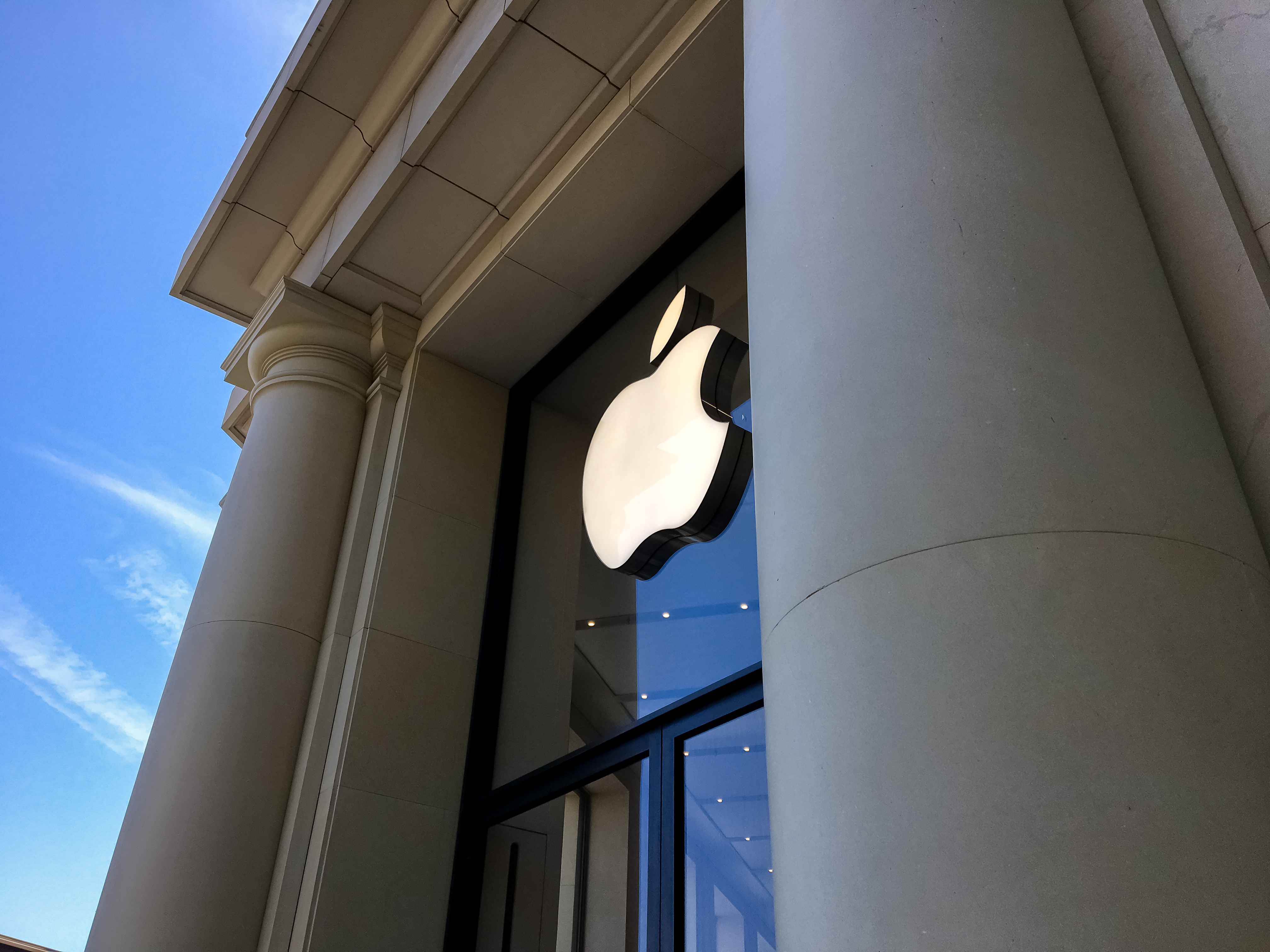