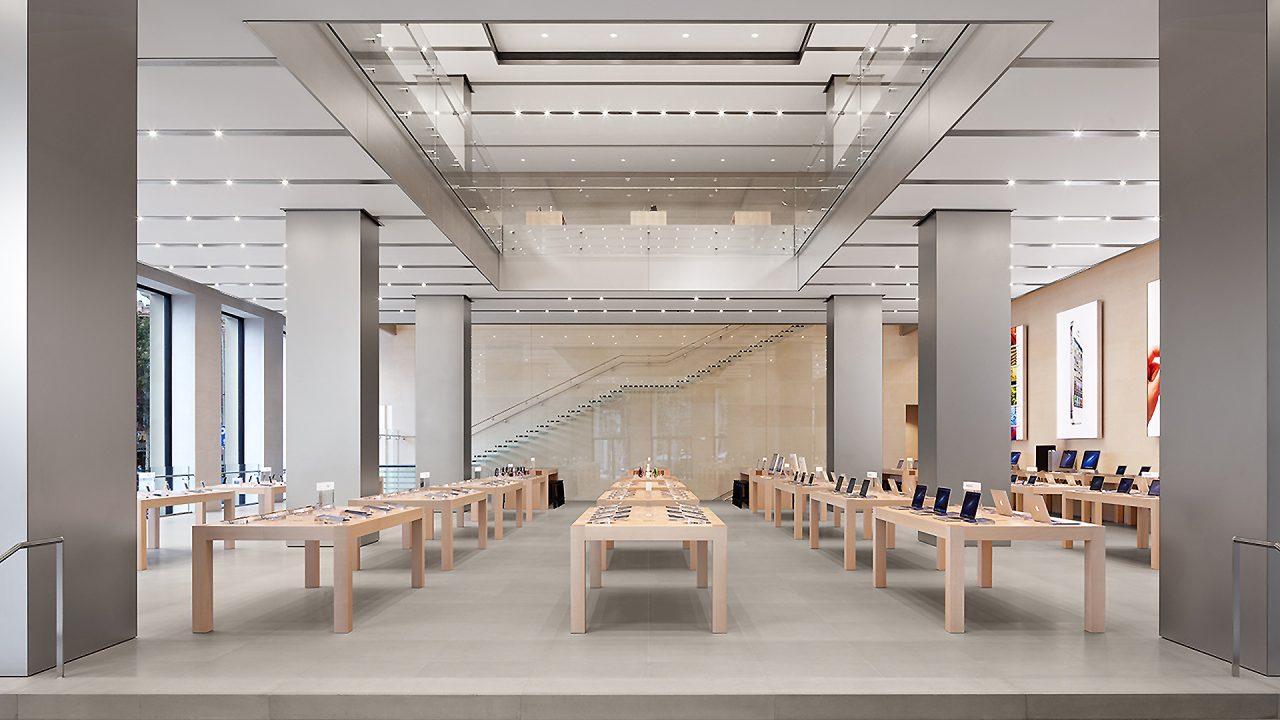 Changes are in store for one of Apple’s most significant retail spaces in Spain. Apple Passeig de Gràcia will soon close its doors temporarily for renovation work. Upon reopening, the store is expected to be updated with a Forum, Video Wall, and all of Apple’s latest store features.

During the closure, Apple recommends customers visit Barcelona’s other store, Apple La Maquinista. It’s perhaps no coincidence that La Maquinista’s space was just updated in 2018 to become the first Apple Store in Spain with modern design elements. The upgrades will both help with increased foot traffic during the temporary closure and give visitors a taste of what’s to come.

On Passeig de Gràcia, Apple will likely follow the guidelines established by earlier projects in Covent Garden, Santa Monica, and Palo Alto to blend classic store elements with new fixtures. The general layout and design of the store should remain intact, while some areas are retrofit with modern displays. Central to remodeled stores are typically a Video Wall and Forum, important elements in Apple’s strategy of expanding Today at Apple sessions to more customers. With more than 60 new sessions just around the corner, creating compelling spaces to gather is more important than ever.

If past remodeling projects are any indication, construction work should be relatively brief and last no longer than a few months. So far this year, renovations are also set to begin at Apple Altamonte in Florida and Apple Bridgewater in New Jersey.