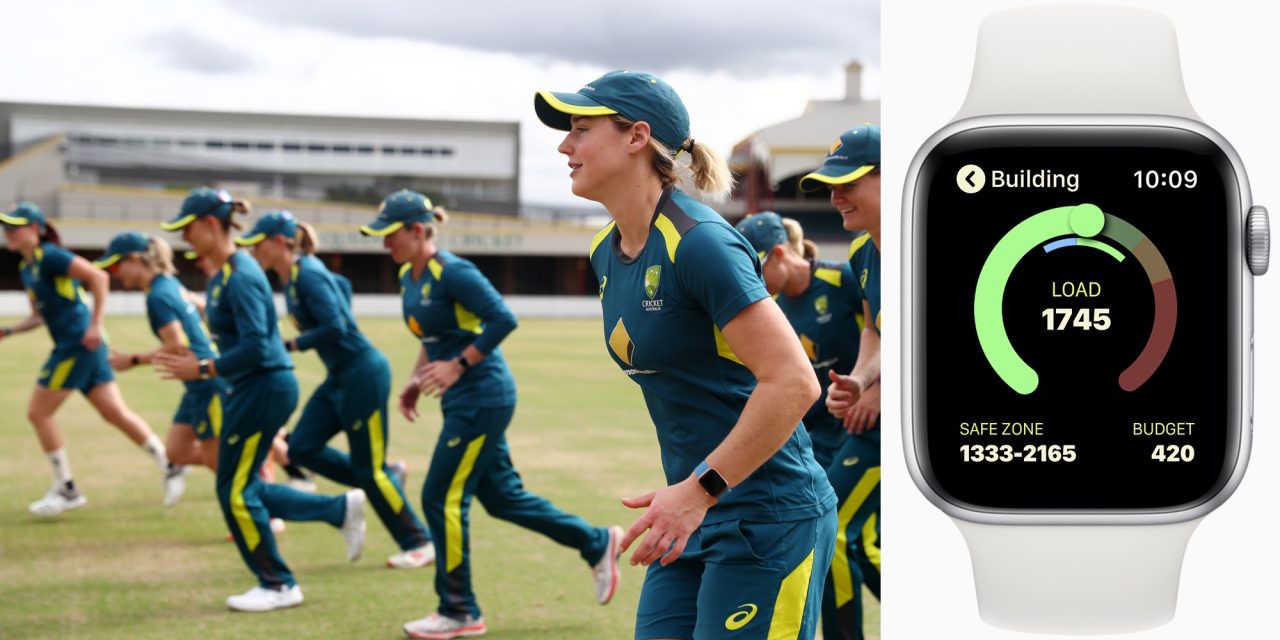 Elite athletes tend to train at a level that leaves almost no room for major experimentation. That’s why the Women’s Cricket team in Australia is leveraging the Apple Watch and a special app to quantify training in real time. Each athlete’s effort is captured both on and off the field including mood and sleep data, with preventing injury from overtraining a major goal of the initiative.

The special app used to enhance performance and reduce the risk of injury was made for the Apple Watch by the Australian Institute of Sport. The secret to the app is a mix of highly accurate sensors on the Apple Watch and user input from players. Apple detailed the program in a Newsroom story shared on its Australian site:

Through wearing Apple Watch and interacting with the app, the team tracks and shares their all-day activity, enabling coaches to monitor and modify the team’s workload based on key metrics including training load, heart rate, mood and sleep data. This real-time dashboard gives performance staff an insight into the team’s workload and training capacity, and the ability to make meaningful modifications to improve a player’s prospects, even from afar during periods where players are travelling.

The Apple Watch app is easy to understand for athletes, and heart rate data is viewable at a glance. The watch can also present a personalized meter for displaying how much load each athlete is enduring during training.

Safe zone guidance and a budget figure help the team know when athletes are overtraining. Instant data also allows coaches to make decisions in real time before an injury occurs.

Part of the success of the program so far has been based on the popularity of the Apple Watch in general:

The popularity of Apple Watch is also driving players to wear it for longer and therefore share a more comprehensive view of their day. The ability for players to share their Activity rings with each other keeps them motivated and helps them feel connected to the team.

Australia’s Women’s Cricket team competes against the UK in the Ashes five-game series throughout August and September. All Apple Watch customers can track activity while playing cricket through the Workout app’s “Other” exercise type.