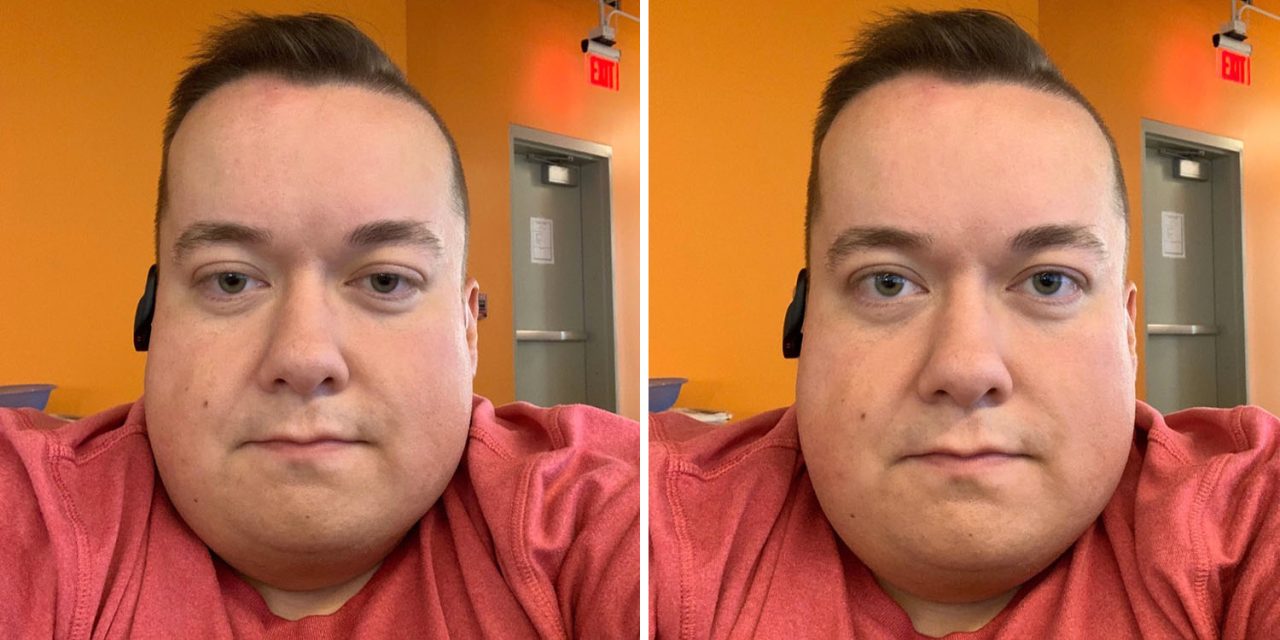 Currently, when you look at the screen to see the face of the person you’re talking to, they will see your eyes looking down as the camera is above the screen. But the latest iOS 13 beta offers a feature called FaceTime Attention Correction…

What this does is make real-time adjustments to the image of your eyes so that you appear to be looking at the camera rather than the screen. This means you’ll appear to be making eye contact.

People have been tweeting examples, like that above from Will Sigmon, and it really does look to make an incredible difference to the experience.

Mike Rundle, who was on the other end of the call, was impressed.

Okay, just FaceTime’d with @WSig and this actually works. Looking at him on-screen (not at the camera) produces a picture of me looking dead at his eyes like I was staring at the camera. This is insane. This is some next-century shit.

Predicted as a far-off feature

Rundle says he predicted back in 2017 that this feature would exist ‘in years to come,’ but is astonished that it’s already here. Incidentally, his other predictions back then were these:

How iOS 13 FaceTime Attention Correction works: it simply uses ARKit to grab a depth map/position of your face, and adjusts the eyes accordingly.

Notice the warping of the line across both the eyes and nose. pic.twitter.com/U7PMa4oNGN

The warping can be seen in action as he passes the arm of a pair of glasses across his face. The straight arm of the glasses is warped by the feature adjusting his eyes.

I can only echo the words of iOS developer Gualtiero Frigerio:

Tech nowadays is so cool and advanced we can describe the implementation of a feature like this starting with the word “simply.”

Developer Aaron Brager notes that the feature appears to rely on one of the ARKit 3 APIs, hence being limited to the iPhone XS/Max and XR, and not working on the iPhone X.