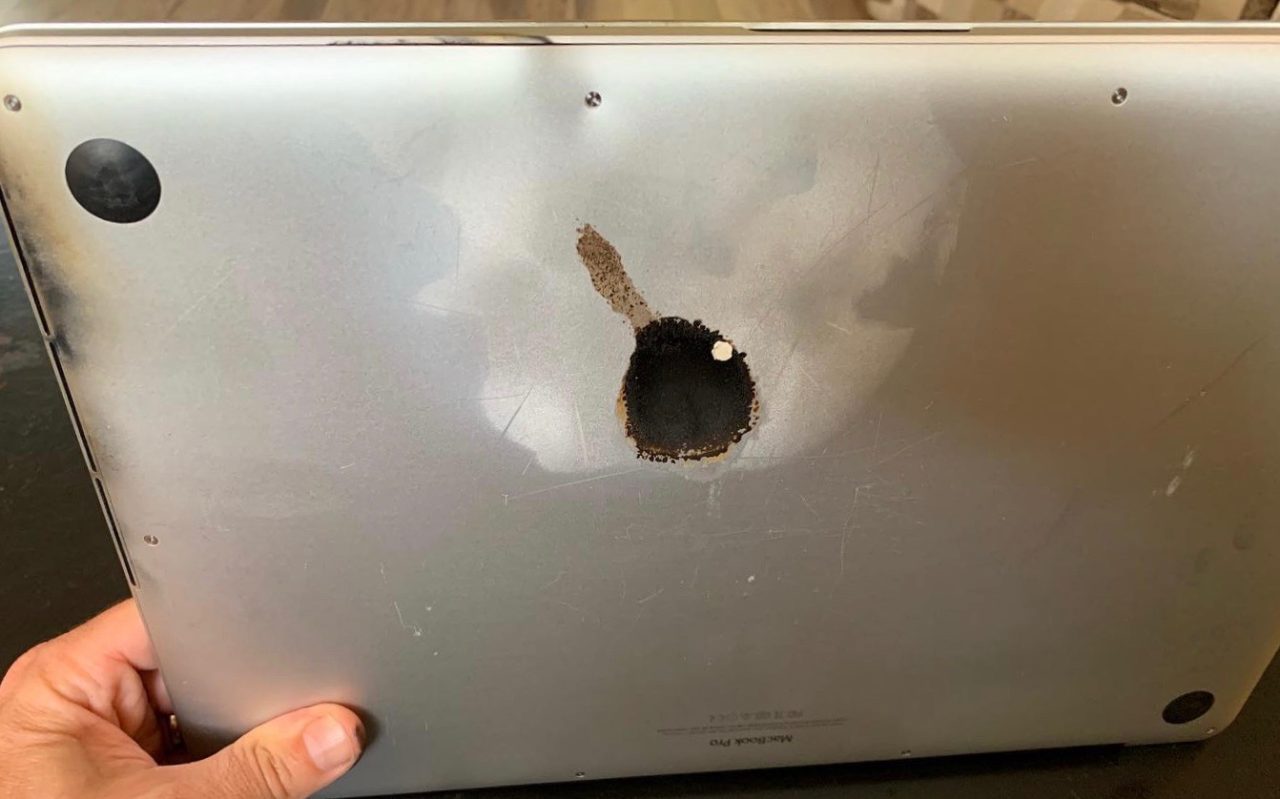 Last month, Apple announced a recall of what it said was a “limited number” of older MacBook Pros. At the time, Apple explained that certain 15-inch MacBook Pro units contained a battery that “may overheat and pose a safety risk.” New images now offer a closer look at the outcome when that happens.

“Monday night while we were in bed, the battery in my MacBook Pro blew and a small fire filled my house with smoke. You can imagine how quickly I jumped out of bed. The sound of it was what first threw me for a loop; but then the smell of a strong chemical/burning smell is what got me.”

Perhaps most interestingly, Gagne said that his MacBook Pro wasn’t in use at the time, nor was it plugged in and charging. He said one small move on his part likely saved his house from burning down due to the MacBook Pro fire:

“Normally I keep my MacBook either on my couch or in a basket with notebooks, journals, etc. Thankfully, I uncharacteristically left it on my coffee table, and I really believe that this prevented my house from burning down.”

Apple’s recall for the 15-inch MacBook Pro is considered voluntary, and the company says that affected units were sold between September 2015 and February 2017. You can check to see if your MacBook Pro is affected by the fire safety risk battery recall through this link. If your machine is affected, Apple will replace the battery free of charge.