Instagram has a plan to defeat online bullying and negative comments 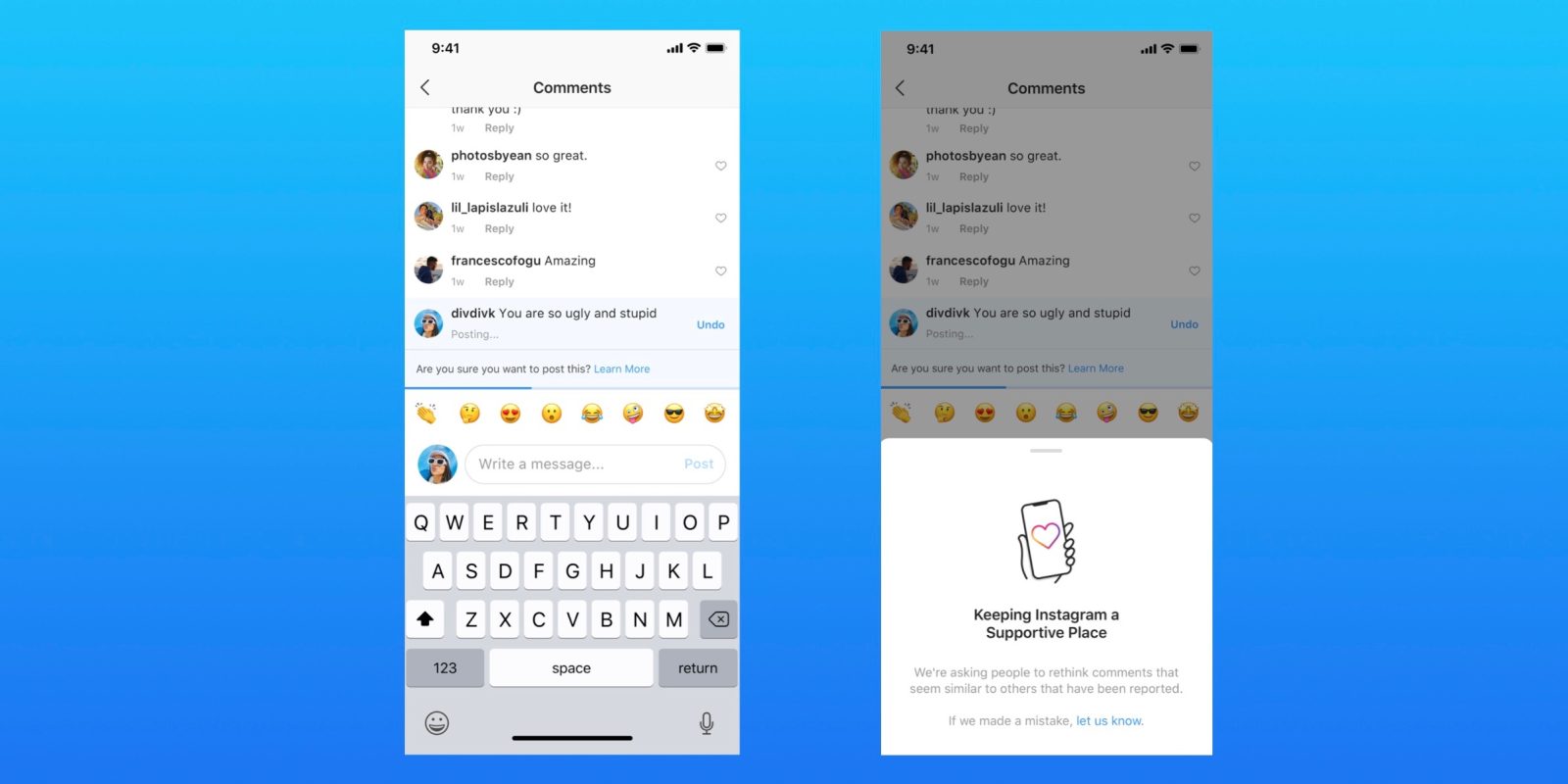 Instagram has shared two ways that it is working to combat online bullying on its platform today. Rolling out now is an AI feature that alerts users when they make what could be an offensive comment. The company is also going to start testing a new way for users to put restrictions on who can comment on their posts.

Head of Instagram, Adam Mosseri, announced the new safety-focused features in a blog post today entitled, “Our Commitment to Lead the Fight Against Online Bullying.”

The first feature that warns users about potentially offensive comments has already started rolling out. It gives users a chance to reflect on what they’ve said to another person on Instagram before a notification about the comment is sent.

As shown above, users will see an alert that says “Are you sure you want to post this?” with an undo option and more information behind a “Learn More” button.

The other change that Instagram will begin testing on its platform soon is a new way to restrict comments from others.

While identifying and removing bullying on Instagram is important, we also need to empower our community to stand up to this kind of behavior. We’ve heard from young people in our community that they’re reluctant to block, unfollow, or report their bully because it could escalate the situation, especially if they interact with their bully in real life. Some of these actions also make it difficult for a target to keep track of their bully’s behavior.

The upcoming restriction feature will allow users to shadow ban bullies and more:

Once you Restrict someone, comments on your posts from that person will only be visible to that person. You can choose to make a restricted person’s comments visible to others by approving their comments. Restricted people won’t be able to see when you’re active on Instagram or when you’ve read their direct messages.

Those who are restricted won’t see a user’s status or a read receipt for any messages as well. 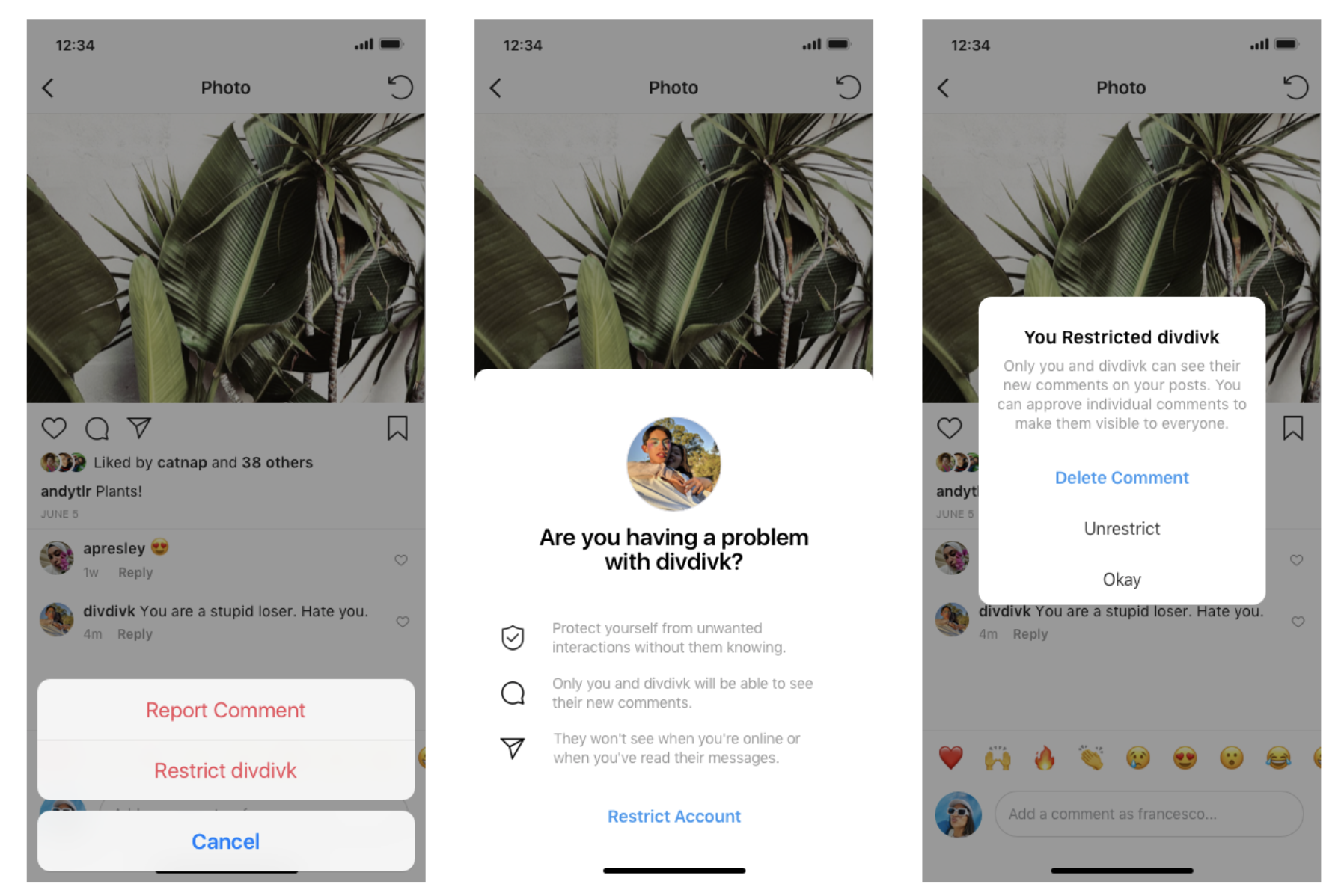