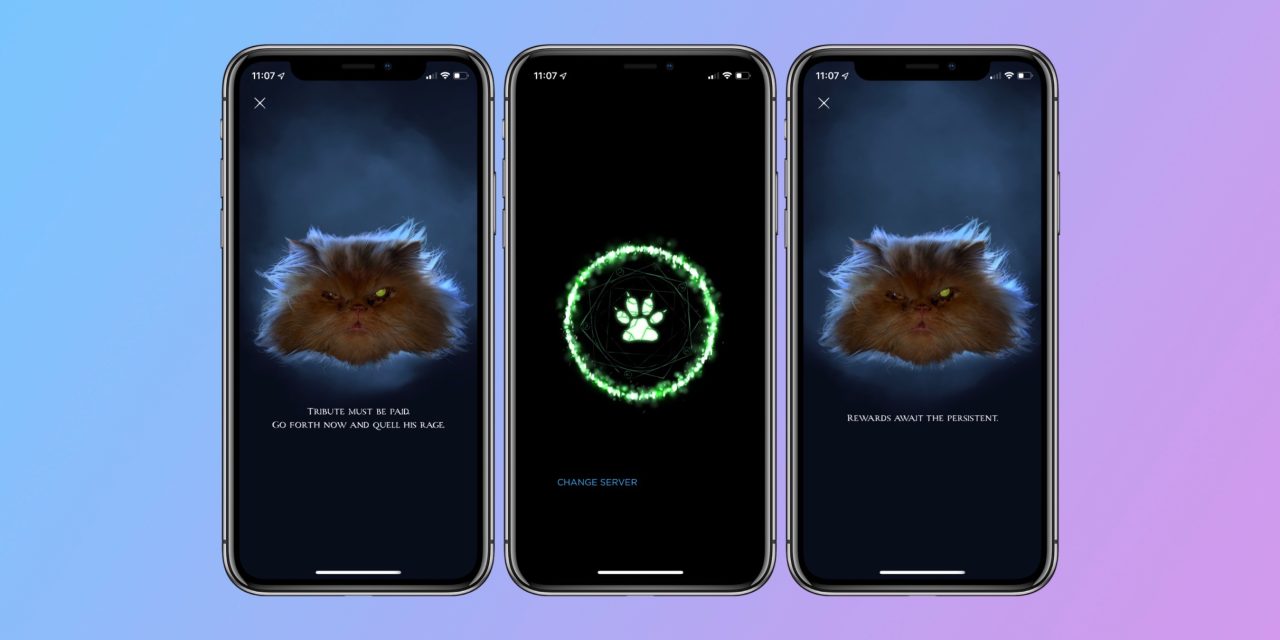 Ookla’s popular Speedtest iOS app has included fun Easter eggs in the past, and the app currently has quite the epic one hidden right now. The latest surprise continues the legend of Lord Ookla which can be found behind a simple gesture.

As previous Ookla Easter eggs have shared, the company was named after a real cat and this latest software surprise continues the legend of the intense feline.

The current Easter egg found in Ookla’s Speedtest app can be accessed by pressing and holding the “GO” button on the main screen. You’ll notice fun haptic feedback (on supported iPhones) building and increasing in tempo as Lord Ookla draws close.

The Easter egg is a detailed one, with over ten screens of new story about the epic cat. After tapping through the Easter egg, users are greeted with a new Ookla skin on the main speed test page. After running a test (or closing the app), the app returns to the standard skin. You can access the Easter egg again by repeating the hold gesture on the go button.

After running a speed test in the Easter egg mode, you’ll also notice five rewards to unlock by paying “tribute” to Lord Ookla. Head to Settings → Themes to choose from your unlocked options.

Here’s a peek at the latest Easter egg in Ookla’s Speedtest app:

Ookla’s Speedtest for iOS is a free download from the App Store.

Here’s a look at an early Ookla Easter egg from 2010, when users could pull down from the top of their screen to reveal Lord Ookla.