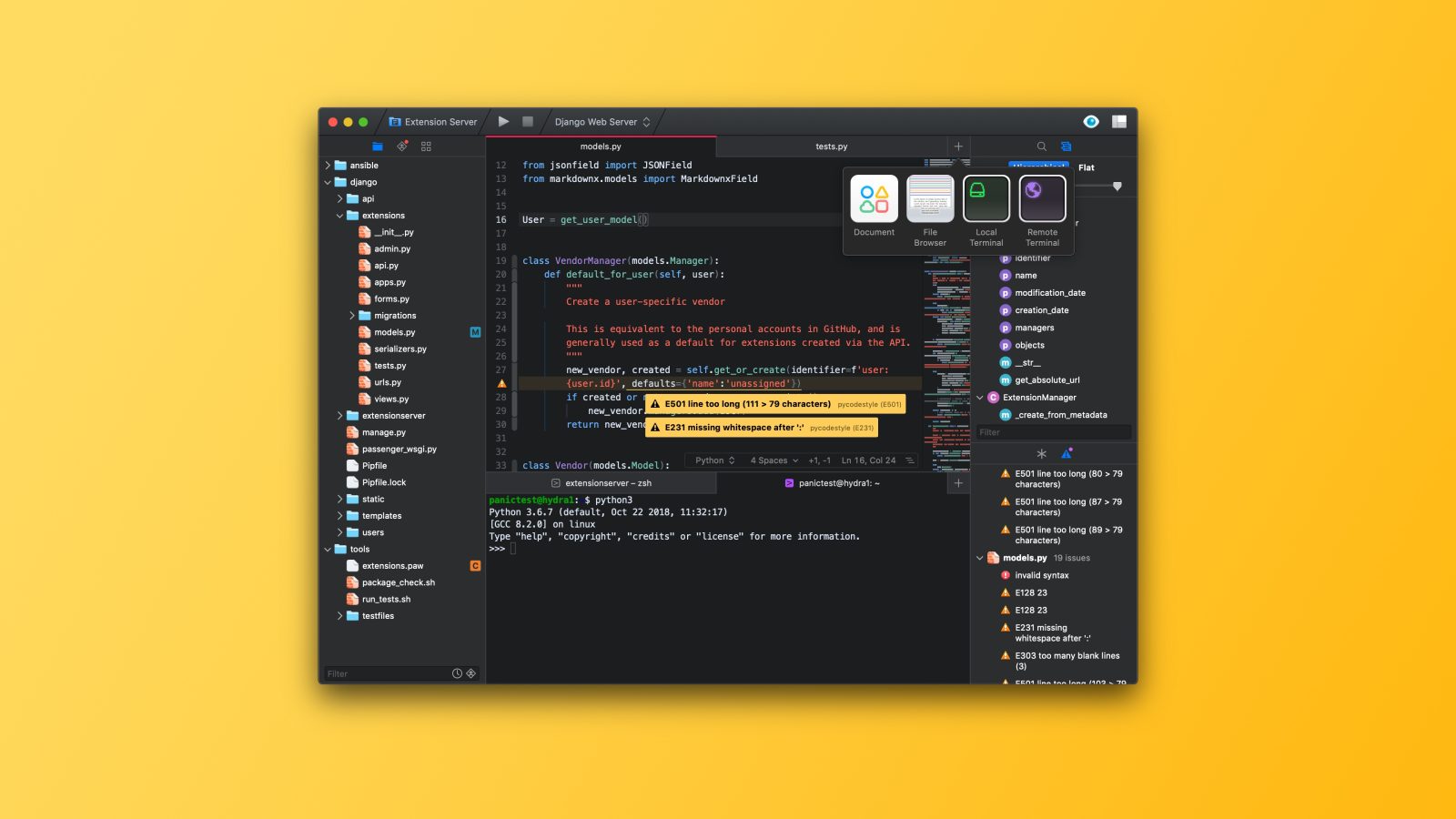 Panic, the company behind several popular developer applications and more, is teasing the forthcoming launch of its new new coda editor. Dubbed Nova, the new editor is a follow-up to Coda 2, and Panic describes it as a major shift in thinking.

Panic first announced the successor to Coda in March, explaining that the web development space has changed a lot since Coda was originally released 12 years ago. Now, Panic says that Nova will enter private beta testing soon.

Panic says Nova will first be available for beta testing to extension developers, targeting those who make extensions for other text editors. From there, Panic will expand Nova testing to Coda 2 users, and eventually into a general beta.

To make great software takes time and care. To start over from scratch and remake an existing app takes even more. Our next text editor — the follow-up to Coda 2 — couldn’t just add a few features and call it a day. It had to change dramatically. It had to catch up to where things are today.

What can you expect with Nova? Panic says that it “totally rethought, redesigned, and reenergized” the app. This includes new “modern editor features” such as multiple cursors, highlighting for identifiers, tag pairs, editor over scroll, and more. Panic has also said it will be native to the Mac and up to 40 times faster than Coda 2 for parsing files and indexing a project.

You can sign up to learn more and be among the first beta testers for Nova on Panic’s website here.