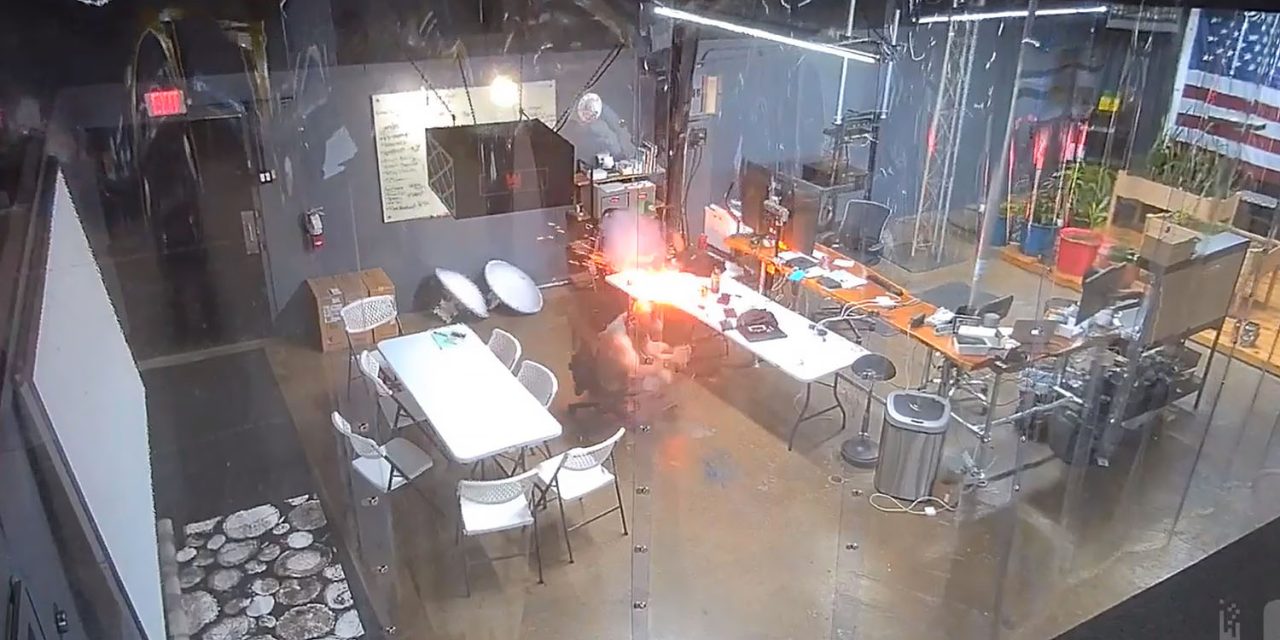 Apple carries out a number of iPhone repairs in-store these days, but there is one fault that stores are forbidden from touching, and that’s swollen batteries.

There’s just too high a risk that these will be accidentally punctured during disassembly or removal, and a video of a DIY attempt at replacing a swollen battery in an iPhone 5s provides a graphic illustration of this…

Reddit user tryagainin47seconds posted a video of a coworker attempting to dismantle an iPhone, which burst into flames. The most likely explanation is that the man punctured the battery.

The battery itself appears to have been third-party.

Battery had been replaced by coworker who originally owned the phone and he thinks it was faulty equipment. Battery was swelling up when I charged it and he was taking it apart to see what was going on.

The man then stamps on the phone to extinguish the flames. While it worked on this occasion, that too is an incredibly risky thing to do. Lithium-ion battery fires burn fiercely at extremely high temperatures, and a very likely outcome is that it would simply burn through a shoe. Such fires are short-lived, so it may have burned itself out rather than been extinguished by stamping on it.

Another Redditor commented on this.

Just for next time, don’t ever try to put out a lithium ion battery fire unless you have a big bucket of sand (which won’t put it out, but will at least insulate it from other flammable materials while it melts through the floor). Absolutely don’t step on it like you might with paper.

Lithium ion batteries burn at over 1,000F, which is awfully close to the temperature where aluminum melts […] it’ll burn straight through your shoe and foot before you block oxygen to the violent reaction.

The fumes from lithium-ion fires are another hazard, so all told, you don’t want to go anywhere near messing with a swollen battery.

Although lithium-ion battery fires are rare (unless you bought a Samsung Galaxy Note 7), the sheer number of devices in use means that even a tiny percentage will result in a handful of fires each year. The most recent example was an iPhone 6 owned by an 11-year-old girl that caught fire.

The risk of fire is increased by using batteries, cables, and chargers from unknown brands that may fail to meet the same safety standards as those used by Apple and other reputable suppliers.

My own iPhone X suffered a swollen battery, and I was lent an iPhone 8 as a temporary replacement while my phone was sent to an Apple service center for repair.