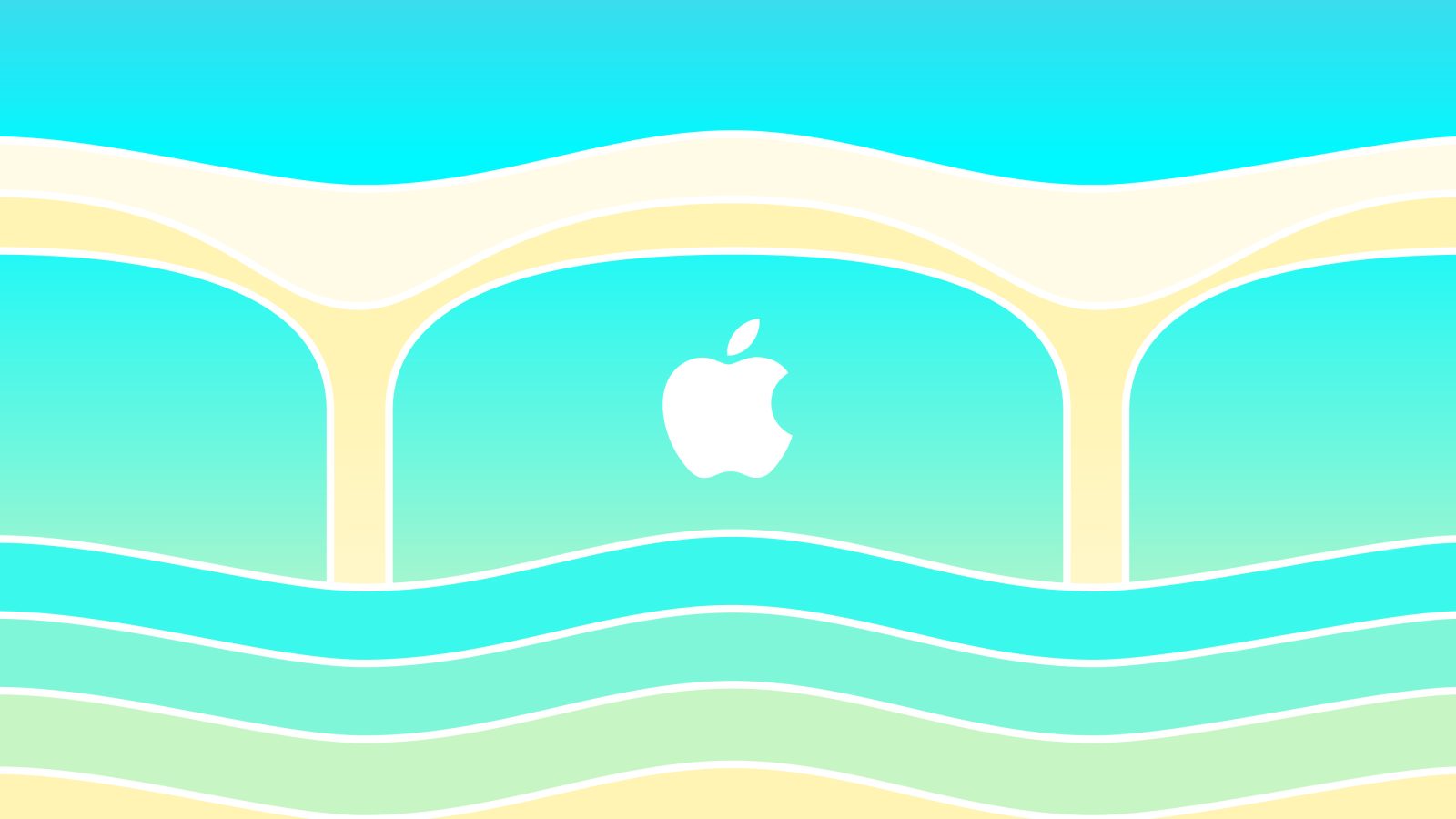 Apple is preparing to unveil its most significant retail store in the southeastern United States. Marking the completion of a project several years in the making, Florida’s Apple Aventura will move from a traditional indoor mall space to a one-of-a-kind outdoor pavilion on August 10th, Apple told the Miami Herald.

Located just north of Miami, Aventura Mall is the largest shopping center in Florida. Known for its extensive collection of large art installations, the mall opened a new wing in late 2017 featuring a 93-foot sculptural slide tower. Apple’s new space in the mall will sit at the foot of the slide and adjacent to the center’s entryway, which is surrounded by a manicured courtyard and a smorgasbord of international cuisine.

Each ceiling vault is enclosed by a towering arched window and supported by a series of columns along the building’s perimeter. Inside, the store is arranged like an amphitheater, with inclined seating stepping down from an upper level to the Forum and video wall below. 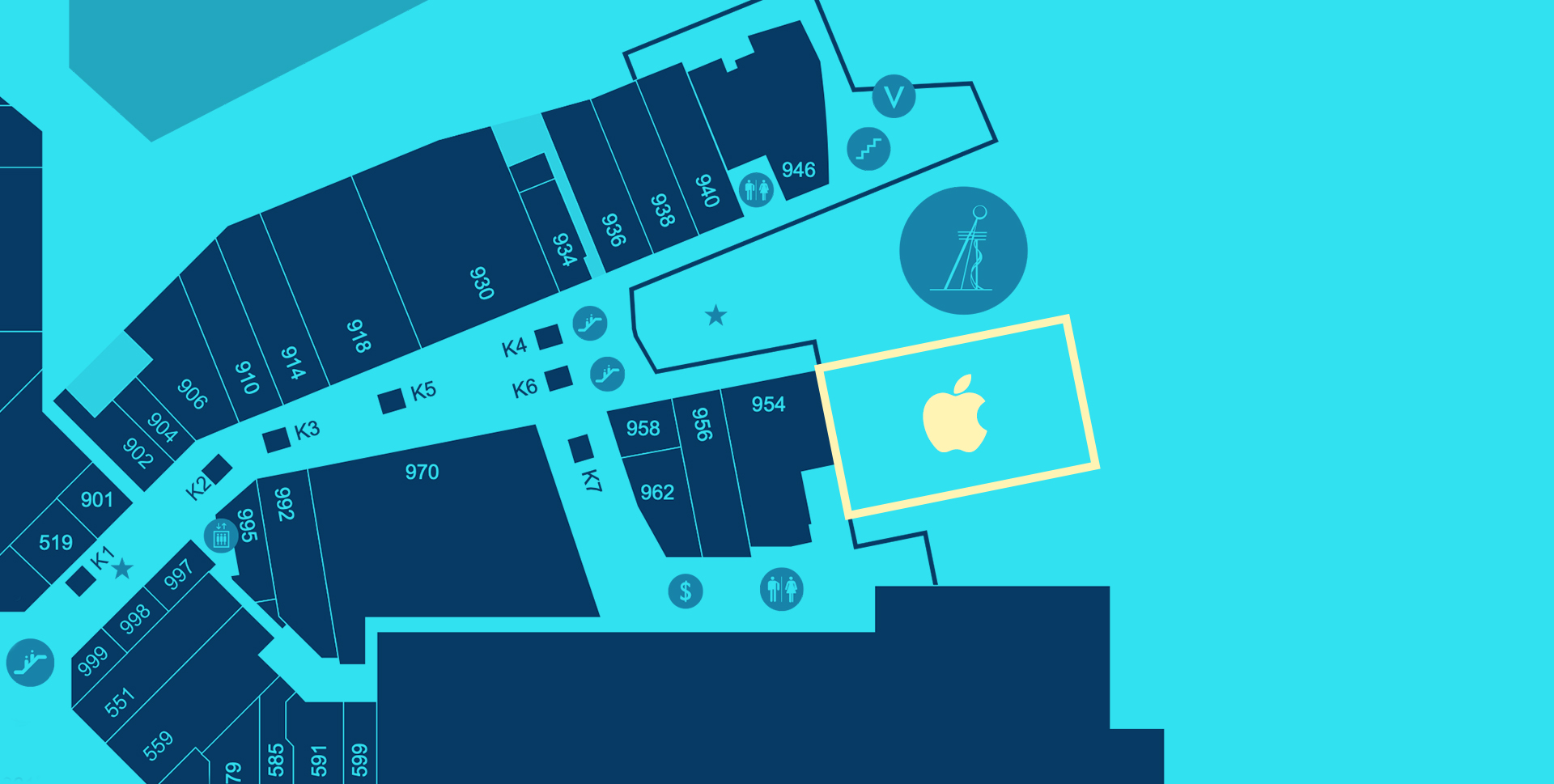 Apple Aventura first opened in 2004 and was last overhauled in 2008 when the store’s original tiny footprint was replaced by its current configuration. Still, the space has become overcrowded and increasingly inadequate over the past decade. The unusual store shape created by a curved glass entryway makes it challenging to comfortably add a Forum for Today at Apple sessions.

As part of the reimagined store, Apple is hosting a special collection of Today at Apple sessions called Latin Music Fridays. Events include a Music Lab with Ale Alberti, Edgar Barrera, and Jhay Cortez and a Performance by Dalex and Dímelo Flow. Kicking off the grand opening weekend is a Photo Lab with photographer Omar Cruz and three more exclusive music, design, and art sessions, culminating with a Secret Walls Live Art Battle. You can view the full calendar on Apple’s website. 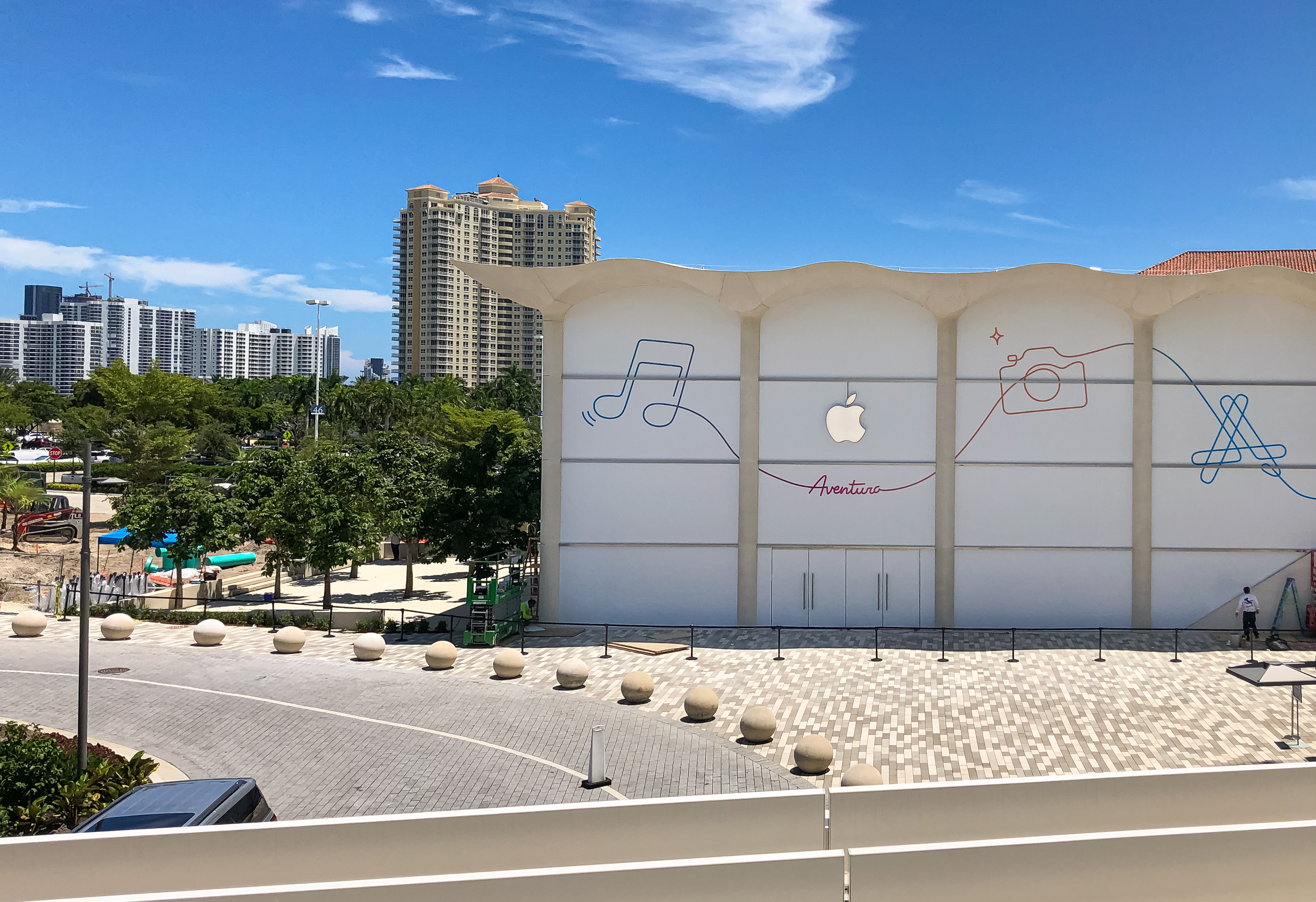 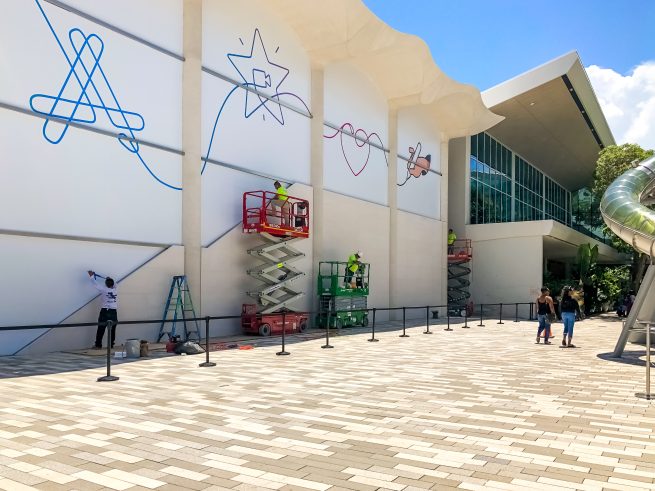 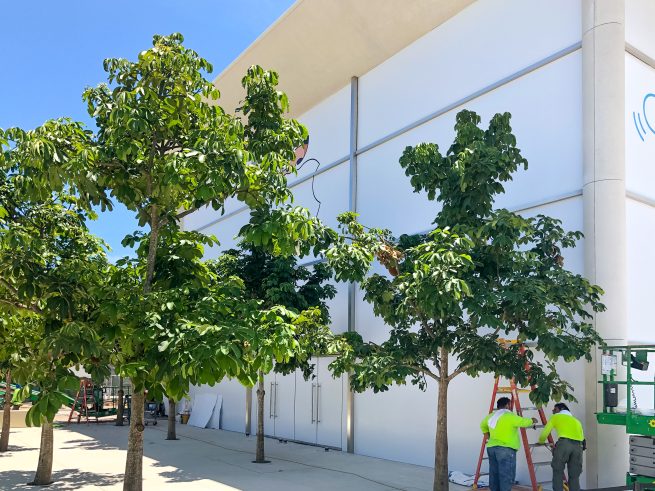 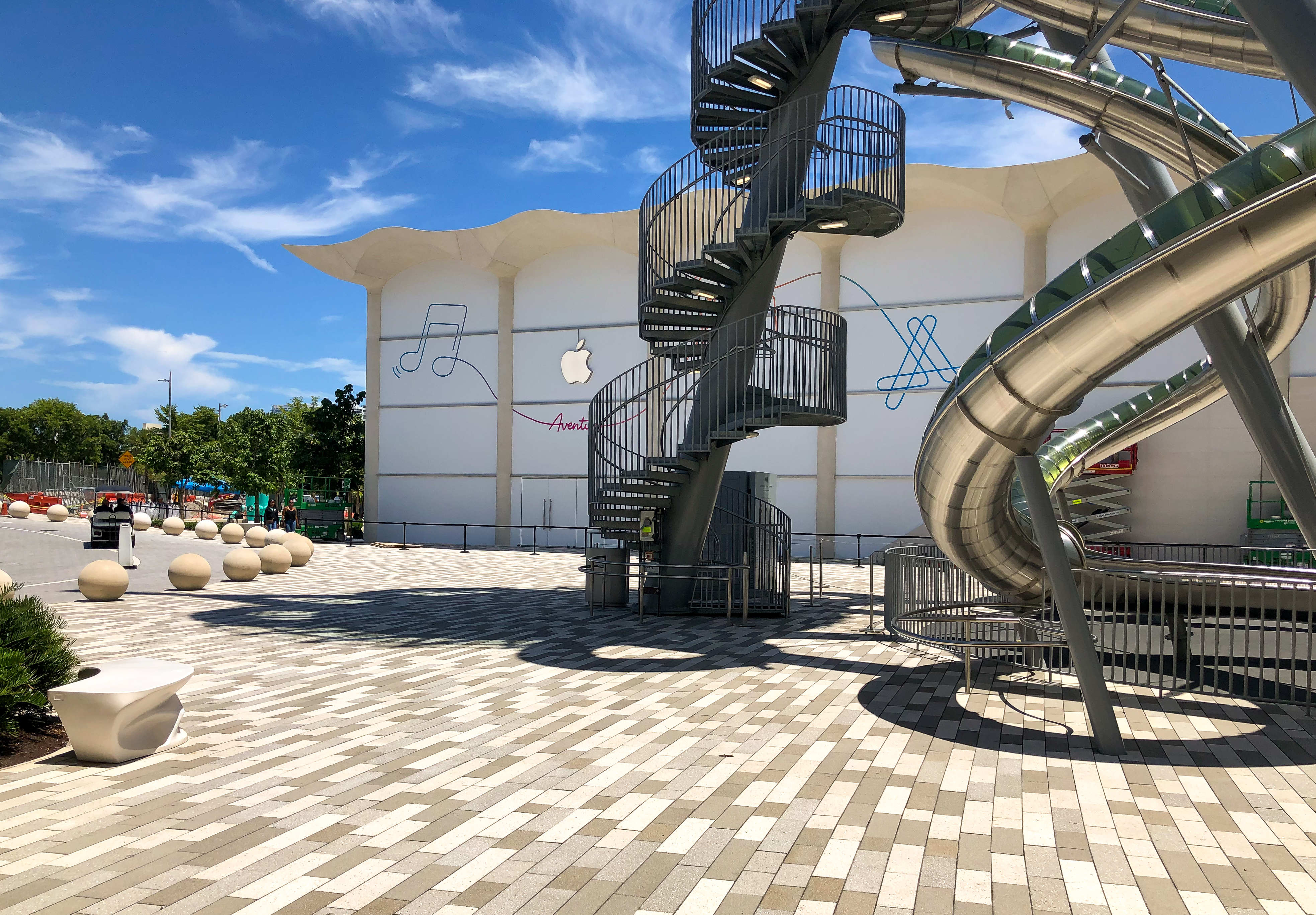 All across Florida, Apple’s store fleet is in the midst of a serious upgrade. In Naples, Apple Waterside Shops closed last September while reconstruction efforts are underway to enlarge the store. Apple’s Altamonte Springs location closed for remodeling in January. Both projects are expected to be completed before the end of the year.