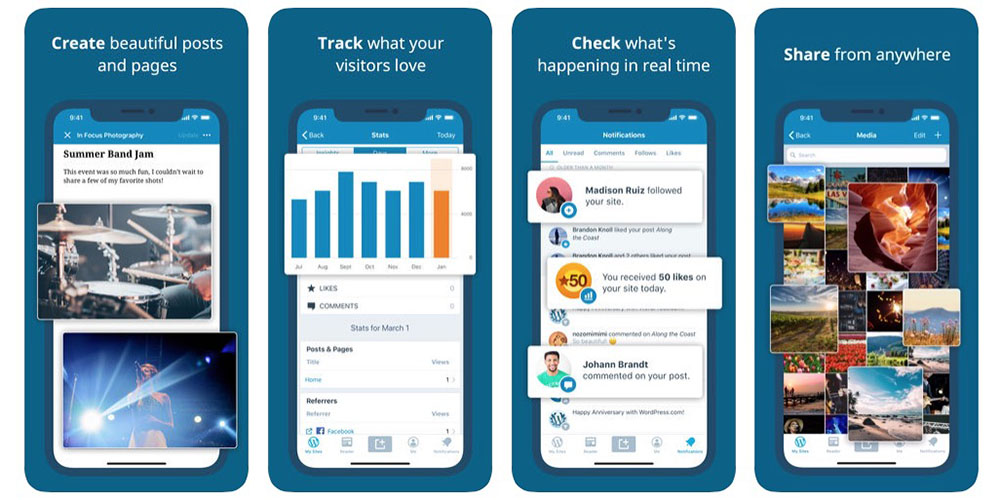 The WordPress iOS app is great when you want to write or edit blog posts while mobile, but it wasn’t always great at coping when you were away from a solid Internet connection …

You couldn’t start a new post while offline, and adding to or editing a post with intermittent access to the net could be frustrating. Writing a blog post on a metro service could be particularly annoying: it would start saving a draft when you were on a section of the line with signal — which might only be for a few seconds — then if you lose the connection again before it finished, it would leave you staring at a spinning wheel until it regained access.

Both problems have been fixed in the latest update, version 12.9.

Offline drafting! Sometimes you have amazing ideas but no internet connection, because we don’t yet live in a perfect world. We still don’t have flying cars either, but now you can start new posts in the app even when you’re offline.

Clearer previews! Before, the status of in-process post previews were hidden behind a screen-blocking spinner. Now the spinner has been put in its place, and the status displays at the top of the screen so you can still access the rest of it.

There’s also the option of a more compact listing of your posts, so you can see more of them on a single screen. Those who use the block editor will notice a range of improvements, and setting up a new site is now easier.

Better blocks! We’ve got a bunch of block editor improvements to take the bumps out of drafting. Tapping on an empty editor area automatically creates a new paragraph block. Adding a block from the Post Title now puts the block at the top of the post, instead of at the bottom where you couldn’t really see it. And we fixed an issue that sometimes caused content to get lost when the editor tried to load unsupported blocks […]

Smoother setup! When you set up a new site, sometimes previews would display incorrectly, and the process of adding a site icon was not as straightforward as it should’ve been. Not ideal, and not the case any more.

The WordPress iOS app is a free download from the App Store.