Quick Look: Langogo translator shows we’re not quite in Babel Fish territory yet 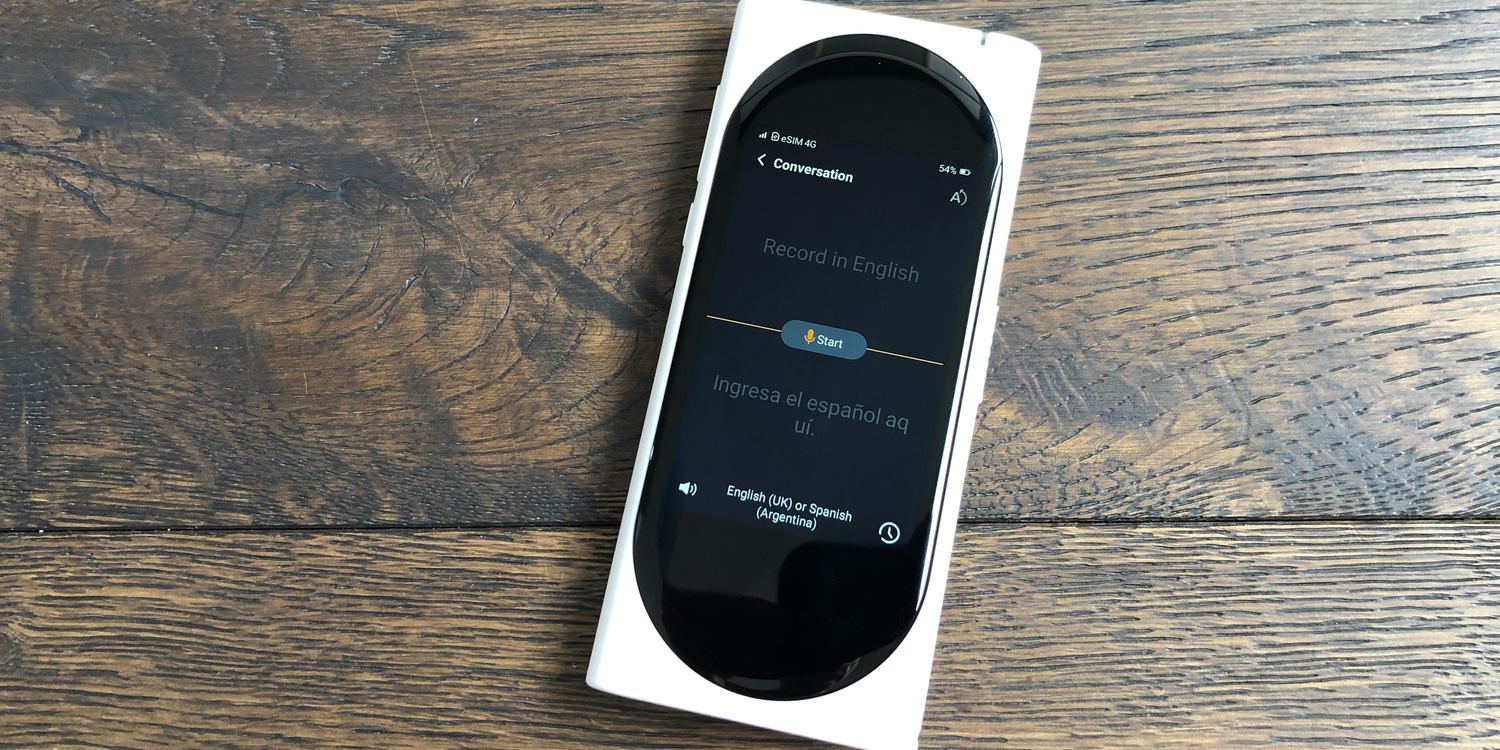 Fans of The Hitchhiker’s Guide to the Galaxy will remember the Babel Fish.

The Babel fish is small, yellow, leech-like – and probably the oddest thing in the universe. It feeds on brain wave energy, absorbing all unconscious frequencies and then excreting telepathically a matrix formed from the conscious frequencies and nerve signals picked up from the speech centres of the brain, the practical upshot of which is that if you stick one in your ear, you can instantly understand anything said to you in any form of language: the speech you hear decodes the brain wave matrix.

With automated translation services and devices, we’re getting steadily closer to that dream. But with Google Translate available on our iPhone, is there any place for a dedicated translation gadget like Langogo?

The smartphone changed many things about our lives, and one of the biggest was the way it put into our pocket a whole array of capabilities which once required separate products.

There was a time before smartphones when we might commonly carry around several different gadgets — a music player, pocket calculator, voice recorder, and camera, for example. But also quite a few paper items: a schedule, address book, notebook, newspaper, map, tickets and so on.

Today, for many of us, a smartphone and maybe a tablet has replaced all of those things. For travelers, it has also replaced a phrasebook when traveling. Today, there are apps for that. But is there also a role for a standalone translation device, and do they live up to the promise?

The first one I tried lacked something now standard in the iPhone Google Translate app: a conversational mode. It required one person to speak then tap a button to translate before the other person did the same in turn.

But the Langogo solved that problem, with a conversation mode. Still, though, why would we want a standalone translation device when we already have an iPhone in our pocket?

The company would argue there are both hardware and software arguments in favor of a dedicated device. The hardware, it suggests, is better suited to the task than a smartphone.

Unlike cellphones, Langogo includes two built-in microphones and noise canceling technology to produce the most accurate translations that empower two-way conversations with locals.

That point may not apply to current iPhones, however. The iPhone X family, for example, has three microphones: one in the notch, one in the rear camera module and one at the base of the phone, next to the Lightning port. It’s unclear whether Apple uses noise-cancellation more generally, but the capability does exist for phone calls.

Langogo’s second argument is software: rather than rely on a single translation engine, it claims to pick the best one for each language pair.

It’s capable of providing access to over 100+ languages at the touch of a button. Powered by artificial intelligence and big data, Langogo is connected to the largest language database, integrating 24 translation engines to ensure translations sound as natural and accurate as possible.

But the strongest argument I can see is for those doing a lot of translation while traveling, such as business meetings. Your iPhone battery would get hammered, and arguably a compact standalone device with a 6-hour battery-life makes more sense than a bulkier and heavier battery-pack to add the same six hours to your iPhone.

Langogo’s also comes with a built-in eSIM with a choice of 60 data plans covering over 70 countries. Your first year of data usage is free, so you’re up-and-running in any of those countries right away. After that, however, you’ll have to pay for data, which the company says will be a quarterly or yearly subscription plan costing ‘no more than price of 2-3 cups of coffee/month.’ It can also work on Wi-Fi.

The Langogo looks rather like a remote control unit but is heavier than it looks. It measures roughly 5x2x0.5-inches and weighs around four ounces.

Although it doesn’t look much like a phone, it is essentially an Android phone with a front-end that limits it to the single translation app. With the power off, the display looks larger than it is as it sits within the black area. The actual screen size is 3.1-inches diagonal.

Most of the plastic is matte, and quite grippy, which feels reassuring: it’s unlikely to slip from your hands.

The Langogo has three modes: translating a phrase, two-way translation of a conversation, and a voice assistant.

In principle, the voice assistant sounds quite useful, with abilities like booking a hotel or restaurant. However, I couldn’t help feeling that this was a very modern way of tackling a problem that only existed before the Internet. In the days when we had to phone to make hotel bookings, a device that can intelligently assist with that process would have been fantastic. These days, however, we simply login to our favorite booking sites to do this.

Similarly, with phrases. If we just want the occasional phrase translated, that’s easy enough to do on our phones. In my view, then, a device like this is all about conversation.

To start, you choose your language pair. There’s a good selection, including regional variations like ‘Spanish (Argentina).’ Then tap Conversation and you get a visual clue to place the device between the two of you thanks to a ‘Record in English’ prompt on one side of the screen and a ‘Record in <Other language>’ prompt in the local language.

Langogo’s conversation mode expects you to speak one or two sentences at a times, auto-translating as soon as you pause. This can be a little irritating, starting to translate while someone is still thinking about how they want to finish a sentence, but I think that’s a price worth paying for the automated nature. It’s infinitely better than having to tap a button after everything you say.

First, Langogo transcribes on-screen the speech in the local language, so the speaker can check it for accuracy, then it translates. The translated speech appears on-screen and is then spoken.

You can see a history of the conversation, making it handy as a learning tool — seeing the translations of your own speech — as well as providing a useful transcript in the case of business meetings.

Langogo says it uses multiple translation engines so it can use the most accurate ones for each language pairing. In limited testing, I found its accuracy was comparable with Google Translate (which is indeed one of the engines used), which is to say mostly workable though with some amusing exceptions.

Errors were more in the speech-to-text transcription than the translation itself. If it correctly worked out what had been said, its translations were pretty good. The fact that you can see transcription errors on-screen helps prevent misunderstandings: you can simply smile and wave a ‘no’ signal and then speak again.

Battery life is rated at 6 hours. Actual life will vary with usage, but it should comfortably see you through a day of typical use.

It is very compact, and there’s definitely a convenience factor to having a dedicated device for translation, meaning you don’t have to worry about your iPhone’s battery-life or local data connection.

However, it’s another thing to carry, and $299 is a fair chunk of cash to invest in a single-function device. Ultimately, I think it will depend on your travel patterns. If you need only occasional translation in the course of a day, Google Translate on your iPhone will make more sense. But if you are heavily dependent on translation during your visits, perhaps dealing with local suppliers in business meetings, then I can absolutely see the sense in this.

It’s not Babel Fish quite yet. You still need to speak a sentence or two at a time, and you need to keep an eye on the transcribed text to make sure it’s accurate. But it is still impressive just how far we’ve come, and for those with more demanding needs, it could well be excellent value.

The Langogo Pocket AI Translator is available from Amazon. RRP is $299, including the first year of data.