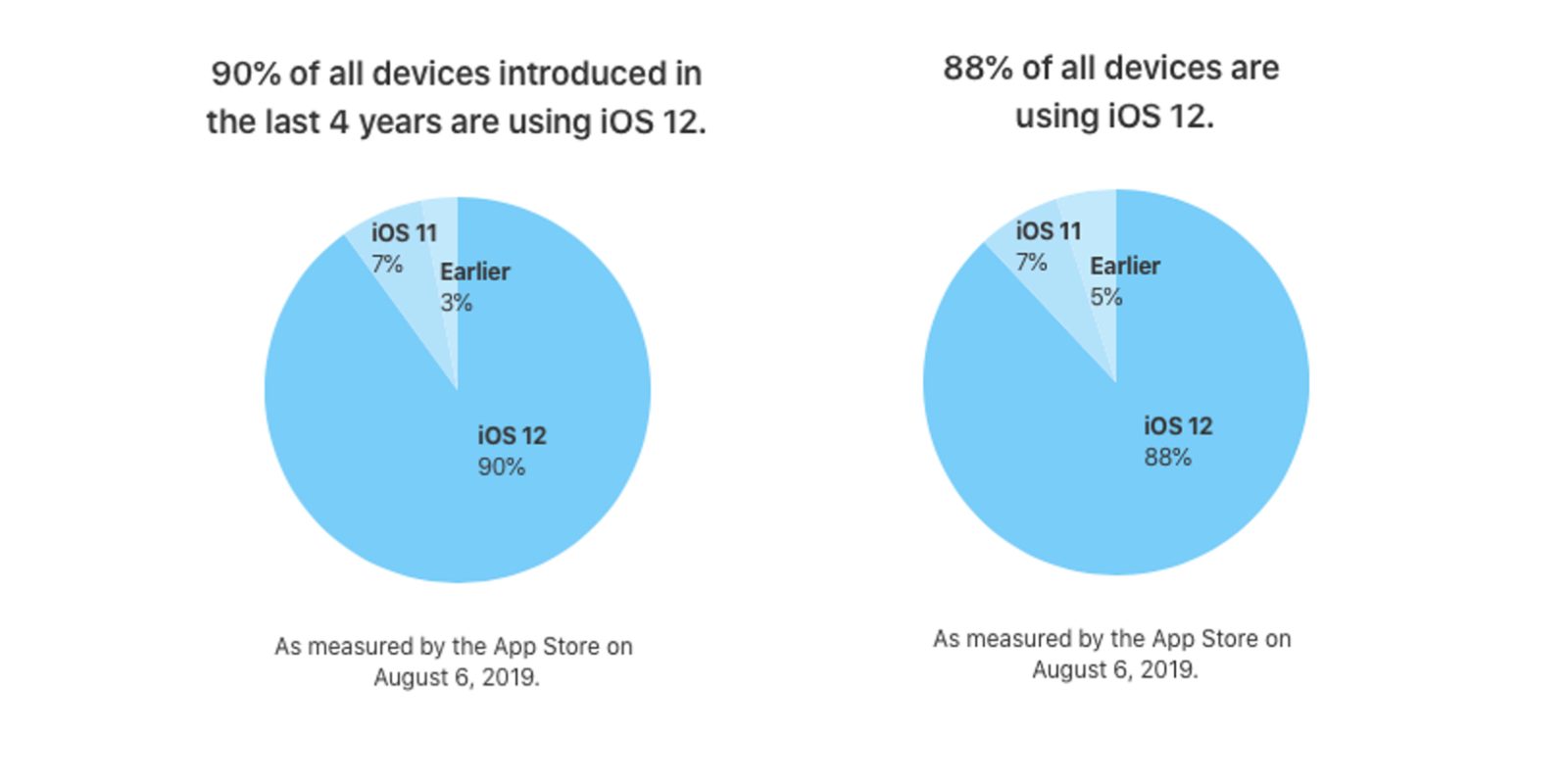 Apple’s data shows that 88% of customers are running iOS 12, 7% are running iOS 11, and 5% are still holding on to earlier iOS releases (likely using devices that cannot update to iOS 11 or later).

Apple’s previously published pie charts used data from May 30. At the end of May, it said 85% of all devices were using iOS 12 and 87% of devices introduced in the last four years. Essentially, both statistics have risen three percentage points in two months, increasing to 90% and 88%.

These iOS upgrade rates represent an increase compared to the iOS 11 cycle. At approximately the same time in the cycle in 2018, iOS 11 adoption was at the 85% level.

The comparative increase shows that more of the iOS user base was motivated to update to iOS 12 this year, compared to the iOS 11 release. Apple focused on stability and performance for iOS 12, which helped encourage users on older devices to upgrade and get the stability and speed benefits.