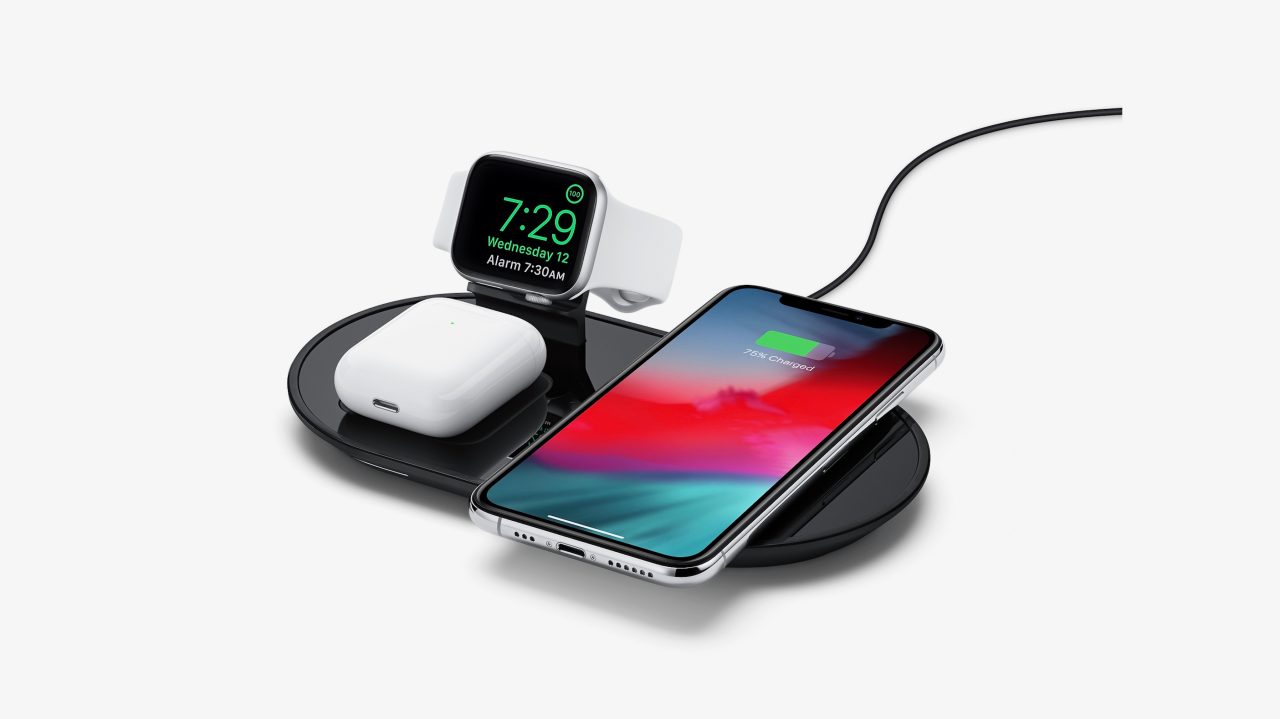 Since Apple confirmed the death of AirPower in March, we’ve seen countless alternatives pop up. Now, Apple is set to start selling its first multi-device wireless charger as an alternative to AirPower.

As first spotted by Bloomberg’s Mark Gurman on Twitter, Apple will next week begin selling new multi-device AirPower alternatives from popular accessory maker Mophie. According to listings published early on Apple’s Latin America online store, these new solutions include a dual wireless charging base, as well as a 3-in-1 option. Both are now available in many countries across Europe, and likely coming to the United States soon.

The Mophie Dual Charging Base includes two Qi wireless charging surfaces. Both coils can charge at up to 7.5 W, which is notable compared to many competing dual wireless charging solutions. There’s also a USB-A port on the back that will allow you to charge a third device such as the Apple Watch.

The another new option coming to Apple Stores is the Mophie 3-in-1 Charging Base. This option includes two Qi charging surfaces, as well as a built-in Apple Watch charging puck. This 3-in-1 solution is also capable of charging the two Qi devices at 7.5 W.

Notably, however, the 3-in-1 Charging Base likely won’t support charging two iPhones at once as it features a specialized cutout designed for AirPods. The built-in Apple Watch charger would also likely get in the way of two iPhones. 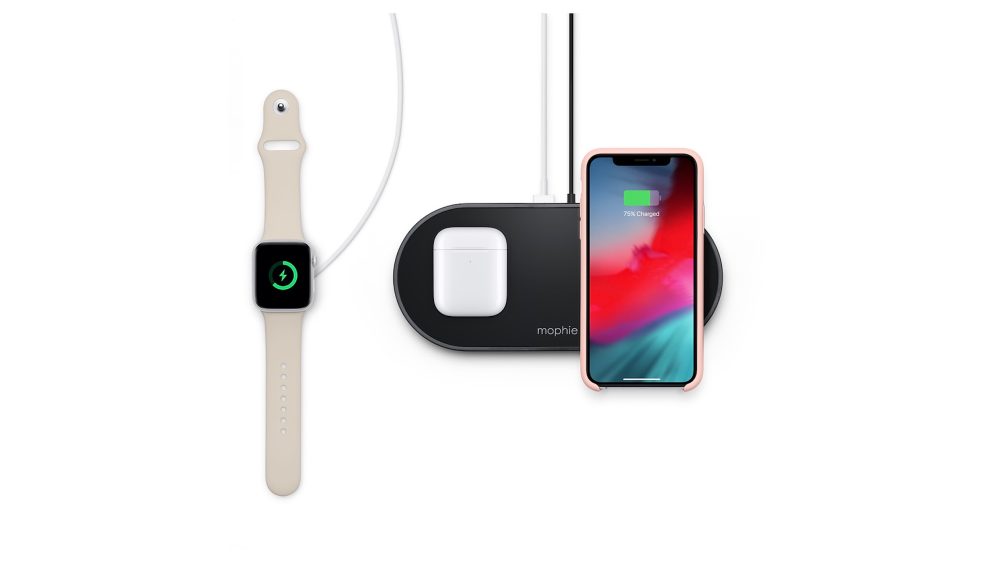 In terms of design, both new Mophie chargers feature a glossy black finish and appear to be quite thick, especially in comparison to AirPower.

When it launches next week, the Dual Mophie Charging Base will retail for $99. Apple’s online store indicates that the 3-in-1 will go for €149.95, which equates to just over $166.

Mophie is just the latest entry into the crowded multi-device wireless charging industry. It is notable, however, that this is the first AirPower alternative being sold by Apple. While Apple does sell a Belkin multi-device charger, it only supports one Qi device alongside Apple Watch.

Nomad sells its excellent Base Station multi-device charger. Numerous other options also exist on Amazon, some of which are far better than others.

Have you settled on any multi-device wireless charging solution? Let us know down in the comments!