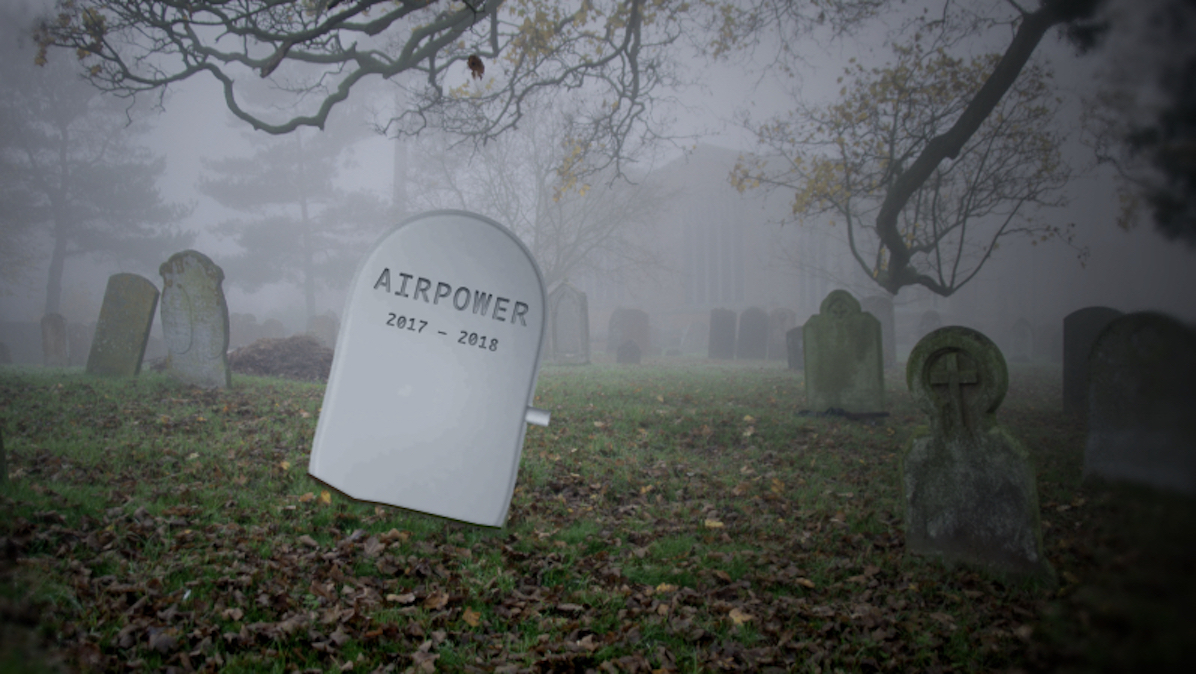 Apple has announced today that it is unable to ship the AirPower charging mat and have cancelled the project, via TechCrunch.

In a statement from Dan Riccio, Apple apologized to customers that had been waiting for the product to come out. The AirPower mat was originally announced in September 2017 alongside the iPhone X. Apple was silent on the project for a year and a half, and today confirmed that AirPower is cancelled.

The news comes as a serious disappointment to fans of the product which promised to do something that no other charging mat on the market can do; charge three different products simultaneously with free-form placement on the surface.

The internal structure of the product consisted of three layers of coils, something that no other company has attempted. And now we can see why.

Apple say it is committed to pushing the wireless experience forward but it’s not clear if it intends to try again with another inductive charging product of its own design in the future. In the Apple Store, the company stocks products like the Belkin Boost Up charger which features a vertical Apple Watch and iPhone charging pad on separate pedestals. Of course, nothing will be a real substitute for the promised AirPower vision with the news of cancellation.

Here’s the full quote from Dan Riccio on why AirPower is cancelled:

“After much effort, we’ve concluded AirPower will not achieve our high standards and we have cancelled the project. We apologize to those customers who were looking forward to this launch. We continue to believe that the future is wireless and are committed to push the wireless experience forward,” said Dan Riccio, Apple’s senior vice president of Hardware Engineering in an emailed statement today.

Throughout 2018, there were various rumors about Apple engineers facing challenges with overheating and other issues that were holding up the product. It seems these issues were not solvable.

According to sources that spoke with the Wall Street Journal, the AirPower project was cancelled ‘abruptly’:

A person familiar with the situation said Apple abruptly canceled the charging mat after determining that the cost of production was too great, the pad had issues with overheating and it couldn’t reliably charge every device, particularly the Apple Watch.

The company is now in a very awkward spot as many of its products currently bear explicit references to AirPower.

So, that’s that. It’s finally dead. AirPower is officially cancelled.