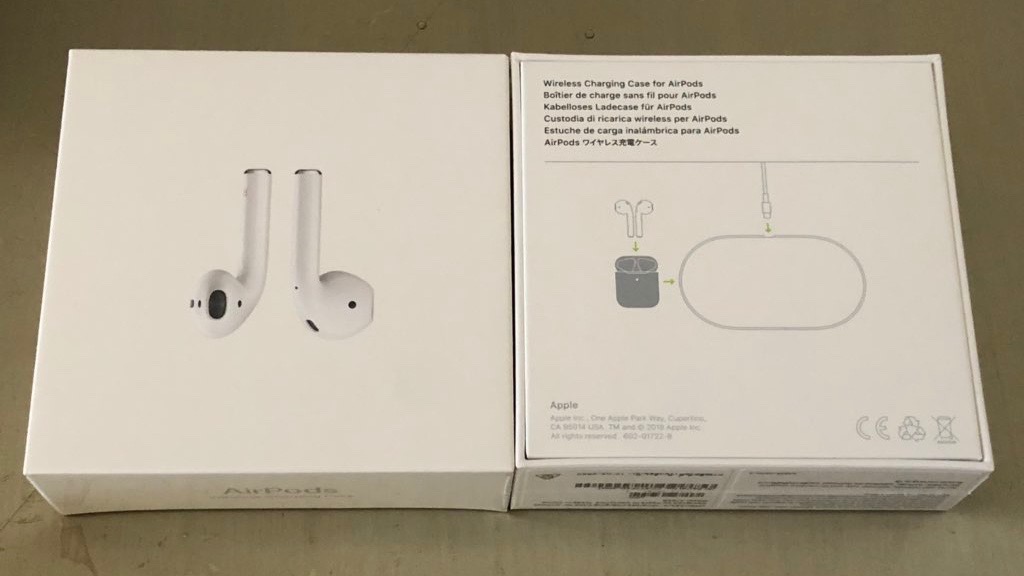 As you can see in an image shared on Twitter by Chris Caine, the box for the AirPods Wireless Charging Case clearly shows the pill-shaped AirPower design on the back. Apple is selling the Wireless Charging Case separately for those who want to upgrade their first-generation AirPods for $79. [Update: It is also referenced in the “compatible with” language on the box, seen in the image below.]

On the other hand, packaging for the SKU of AirPods that includes the charging case in the box does not seem to reference AirPower at all.

AirPower has become infamous since its original announcement alongside the iPhone X in 2017. Apple originally promised it would be available sometime in 2018, but that obviously did not happen. Last week, when AirPods with wireless charging were announced, it seemed almost certain AirPower was coming. They never did.

A report from The Wall Street Journal last week claimed that Apple recently “approved production” of AirPower, signaling that it is not dead after all. Further, Digitimes reported Apple was targeting “late March” for a release, which would imply it could happen any day now. iOS 12.2 also includes support for the charging mat.

Lastly, a hidden image on Apple’s server last week depicted AirPower alongside the new AirPods and the iPhone XS. This never-before-seen image offered our first look at the charging mat with the iPhone XS and AirPods 2.\

On the box… Not that prominent. pic.twitter.com/EOZkgYHFV9