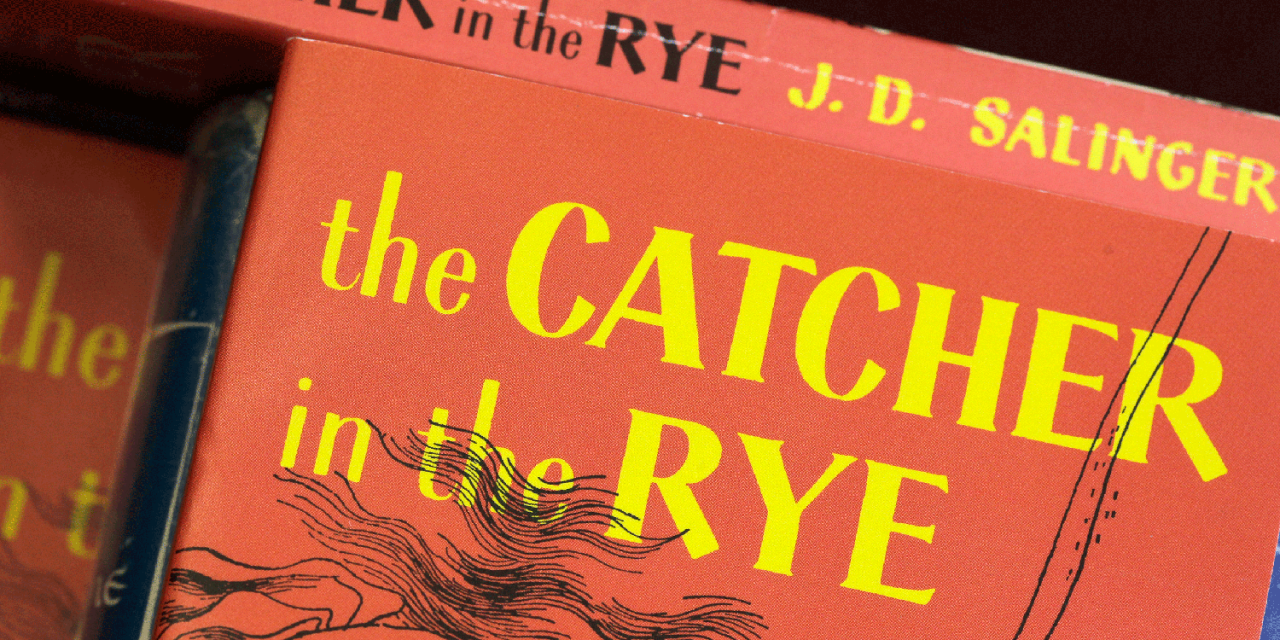 A Catcher in the Rye ebook, along with electronic versions of three other JD Salinger books, will be available for the very first time after the author’s son changed his stance on electronic publishing.

The New York Times said that Matt Salinger hadn’t authorized it before because he wanted to respect his father’s attitude to technology.

Even as publishers and consumers adopted e-books and digital audio, Salinger’s books remained defiantly offline, a consequence of the writer’s distaste for computers and technology. And while Salinger kept writing until his death nearly 10 years ago, not a word has been published since 1965.

That is partly because of his son, Matt Salinger, who helps run the JD Salinger Literary Trust and is a vigilant guardian of his father’s legacy and privacy.

[But] this week, in the first step of a broader revival that could reshape the world’s understanding of Salinger and his writing, Little, Brown is publishing digital editions of his four books, making him perhaps the last 20th-century literary icon to surrender to the digital revolution.

Then this fall, with Mr. Salinger’s help, the New York Public Library will host the first public exhibition from Salinger’s personal archives, which will feature letters, family photographs, and the typescript for The Catcher in the Rye with the author’s handwritten edits, along with about 160 other items.

And before long, decades worth of Salinger’s unpublished writing will be released, a project Mr. Salinger estimated will take another five to seven years to complete.

Mr. Salinger began to consider releasing e-books around 2014, after a woman in Michigan wrote to him, saying she had a disability that made it difficult for her to read printed books. Then, during a trip to China earlier this year, he realized that many young people overseas read exclusively on phones and digital devices, and that e-books were the only way to get his father’s writing in front of them.

He finally acquiesced to digital editions of Salinger’s four books — The Catcher in the Rye, Nine Stories, Franny and Zooey, and Raise High the Roof Beam, Carpenters and Seymour: An Introduction.

He has also explored the possibility of releasing audiobook editions but said his father abhorred the idea of his books being performed or interpreted in any way in another medium.

His father “was leery of many things, but he had a profound love for his readers,” Mr. Salinger said. “He wouldn’t want people to not be able to read his stuff.”

Currently a search in Apple Books only reveals study guides, but the Catcher in the Rye ebook should be there and on Amazon (which currently has the paperback and hardcover versions) from tomorrow.