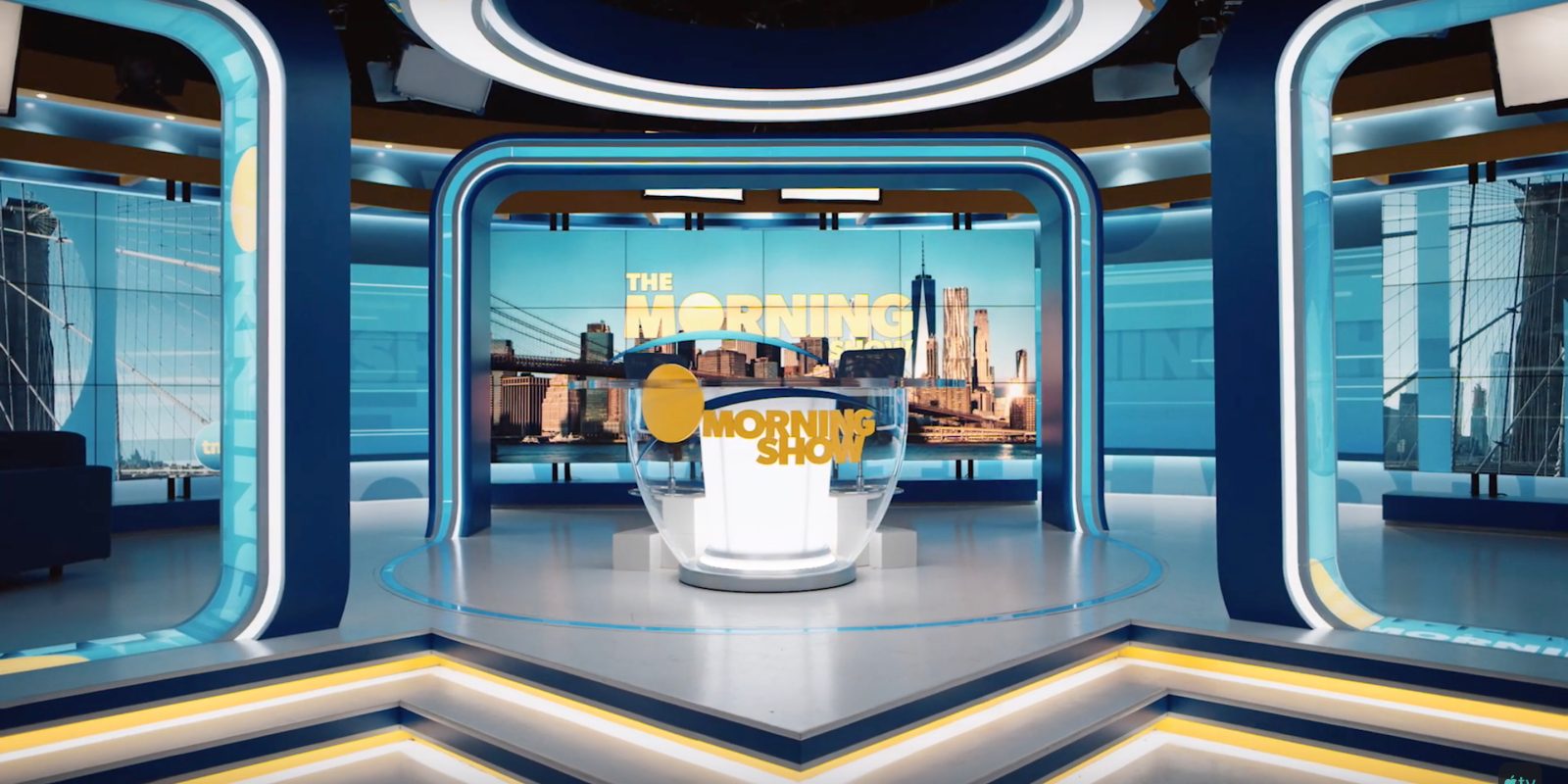 Apple TV+ is Apple’s original content video subscription service, first previewed at the March event, and is set to launch this fall. Watch the new trailer after the jump…

The Morning Show is a drama starring Reese Witherspoon, Jennifer Aniston and Steve Carell. Aniston and Witherspoon were reported to be earning $1 million dollars per episode.

It is said to explore “the lives of the people who help America wake up in the morning, exploring the unique challenges faced by the men and women who carry out this daily televised ritual.”

Whilst the March event featured brief clips of The Morning Show, this is the first time Apple has shared an actual full trailer for the show.

The trailer includes soundbites from the primary cast whilst panning through rooms of the TV broadcast studio. Carell’s character is apparently named Mitch Kessler, based on the sign on the door, and will present the fictional news show alongside Jennifer Aniston’s character.

Apple is clearly ready to pump out marketing material for The Morning Show, having also set up Twitter and Instagram pages dedicated to the Apple original drama.

Apple previously released a trailer for its space-race show, titled For All Mankind.

Apple TV+ will be available this fall across iPhone, iPad, Mac, Apple TV, streaming boxes like Roku and Amazon Fire TV, and even some third-party smart TV sets. Pricing for the Apple TV+ subscription is yet to be announced.