Report: Apple Watch continues to dominate wearables market during Q2 in US and Canada 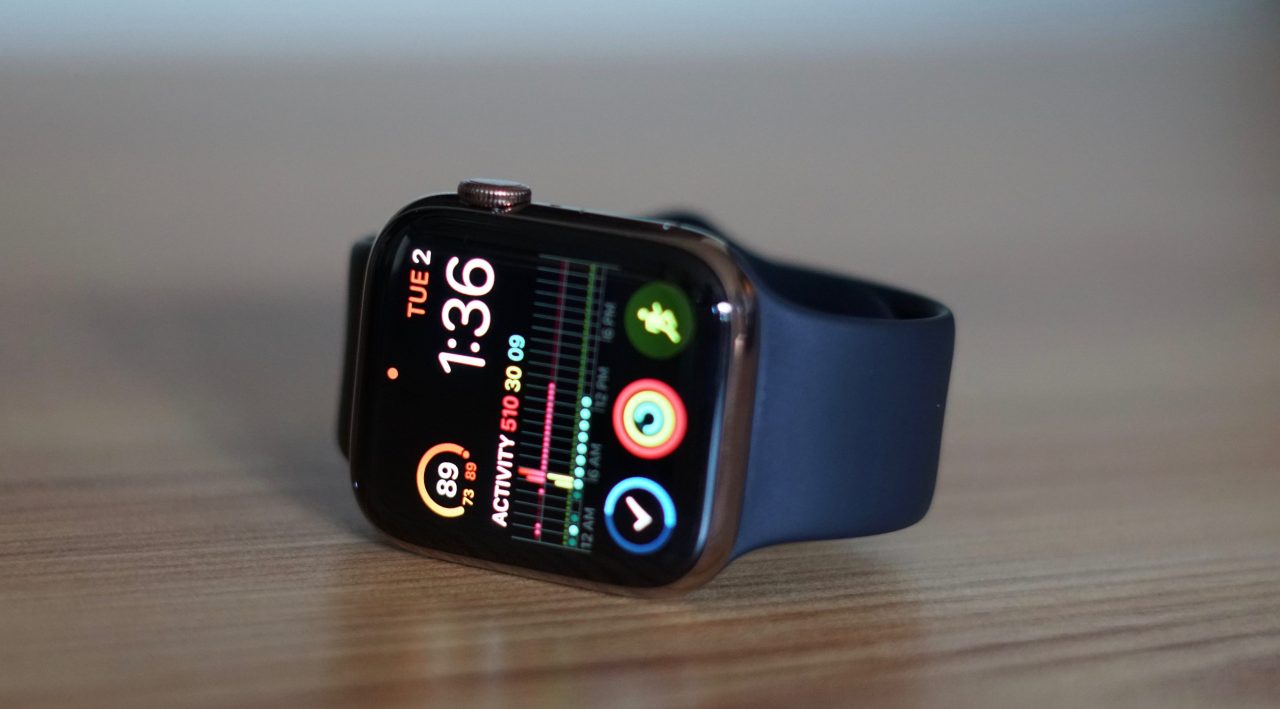 A new report out today from Canalys features the firm’s estimates for “wearable band” shipments for Q2 (Apple’s Q3) and annual growth in North America. The data shows Apple Watch continues to dominate the competition like Fitbit and Samsung.

Apple doesn’t break out shipment details for its products and Apple Watch specifics are further muddied as revenue for the product is bundled in the Wearables, Home, and Accessories category in Apple’s earnings. However, Canalys‘ latest report estimates how many Apple Watches the company shipped in the June quarter and the growth over the last year in North America.

The data puts Apple as the number one wearable band maker with a 37.9% market share. That’s 2.9 million Apple Watches shipped in the US and Canada during Q2, which puts the year over year growth at 32%.

Fitbit came in second with 24.1% market share, with Samsung in third with 10.6%. Notably, this data included basic fitness trackers, so Apple’s dominance is likely even higher when comparing to just full-featured smartwatches. 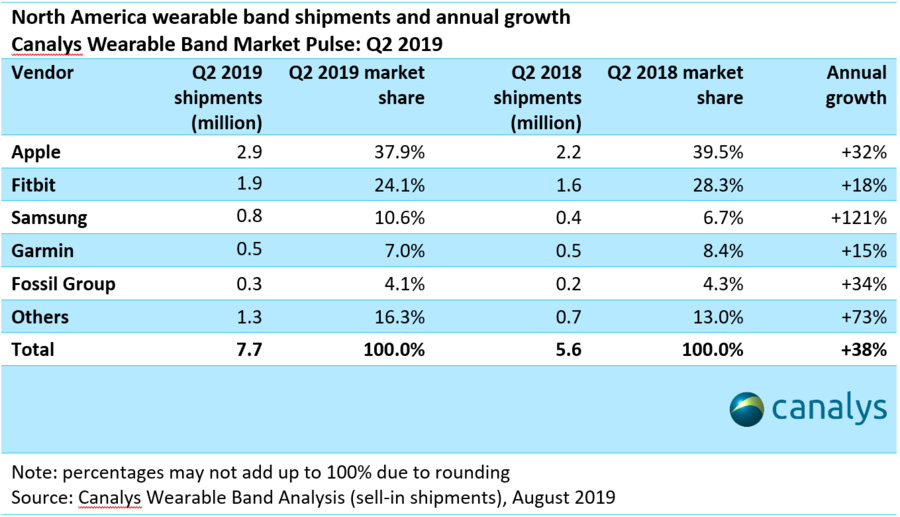 Canalys’ Jason Low noted how competitors are having trouble keeping up with Apple with aspects like LTE and health features.

“Vendors are racing to announce LTE connectivity for their smartwatches,” said Canalys Senior Analyst Jason Low, “and it is becoming increasingly difficult to challenge Apple, which has been laying robust groundwork for cellular-connected devices. Apple is poised to reinforce its leading position by including aggregated health data, which can reveal new trends and insights, both for consumers and the broader healthcare ecosystem.”

Notably, Apple’s Wearables revenue could surpass both iPad and Mac as soon as late next year.