Apple earnings day is upon us, and with it we learn how the company performed during the third fiscal quarter of 2019. AAPL forecasted Q3 earnings revenue between $52.5 billion and $54.5 billion, which compares to $53.3 billion reported in the same quarter a year ago.

So how much money did Apple actually make during April, May, and June of 2019? $53.8 billion revenue and $10.04 billion profit. Apple no longer reports iPhone, iPad, and Mac unit sales numbers, though it does report a revenue breakdown by product category.

Apple forecasts revenue between $61 billion and $64 billion during Q4 2019. More details below:

“This was our biggest June quarter ever — driven by all-time record revenue from Services, accelerating growth from Wearables, strong performance from iPad and Mac and significant improvement in iPhone trends,” said Tim Cook, Apple’s CEO. “These results are promising across all our geographic segments, and we’re confident about what’s ahead. The balance of calendar 2019 will be an exciting period, with major launches on all of our platforms, new services and several new products.”

“Our year-over-year business performance improved compared to the March quarter and drove strong operating cash flow of $11.6 billion,” said Luca Maestri, Apple’s CFO. “We returned over $21 billion to shareholders during the quarter, including $17 billion through open market repurchases of almost 88 million Apple shares, and $3.6 billion in dividends and equivalents.”

While AAPL earnings no longer include hardware unit sales, the company does provide this revenue breakdown by product category (we’ve sorted by size):

AAPL is up in after-hours trading on the earnings release: 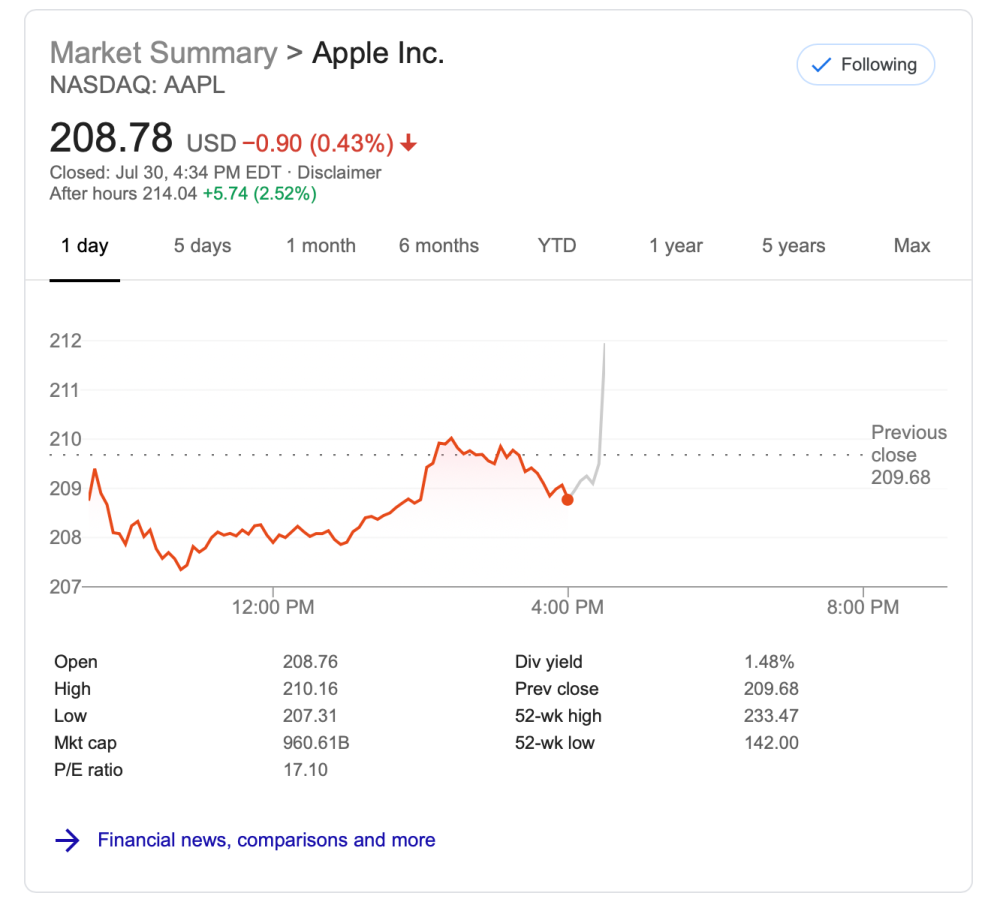 Read the full report on Apple Newsroom and stay tuned to 9to5Mac for more coverage from the AAPL earnings call with Tim Cook and Luca Maestri next. You can listen live to the Apple Q3 2019 earnings call audio streaming at the top of the hour here, or listen back shortly after the call with Apple Podcasts.