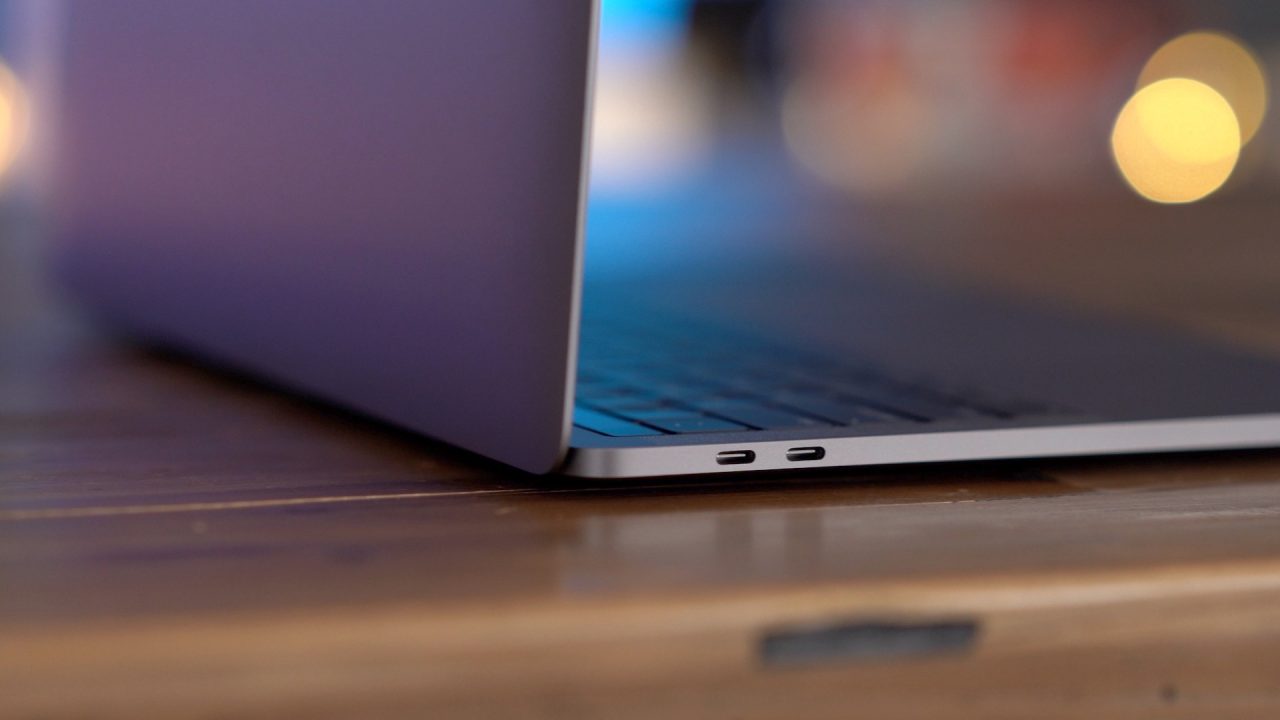 Last week Apple pushed out a couple of updates to the entry-level MacBook Pro and the MacBook Air. The MacBook Air update included a new lower $1099 starting price along with True Tone Display support.

The MacBook Air update was nice, but the refresh to the entry-level MacBook Pro, which hasn’t received an update since 2017, was far more compelling. The new entry-level MacBook model comes with refreshed internals, Touch Bar and Touch ID support, and features the same $1299 base price.

Touch Bar support is nice, but the most impressive thing about this refresh is its speed, thanks large in part to the 8th-generation quad-core CPU that replaces the dual-core CPU on the previous iteration. The update makes the entry-level MacBook Pro well worth considering, even for those who felt the previous model was too underpowered for their needs.

Watch our hands-on video walkthrough inside for the details.

One of the biggest things to note with this new MacBook Pro has to do with its 1.4GHz CPU. At first glance, the clock speed might come across as paltry compared to the previous generation non-Touch Bar MacBook Pro that this unit replaces. That 2017-era machine featured an Intel i5 2.3 GHz processor. However, that machine shipped with a dual core CPU, while this latest refresh includes a much more capable quad-core CPU. 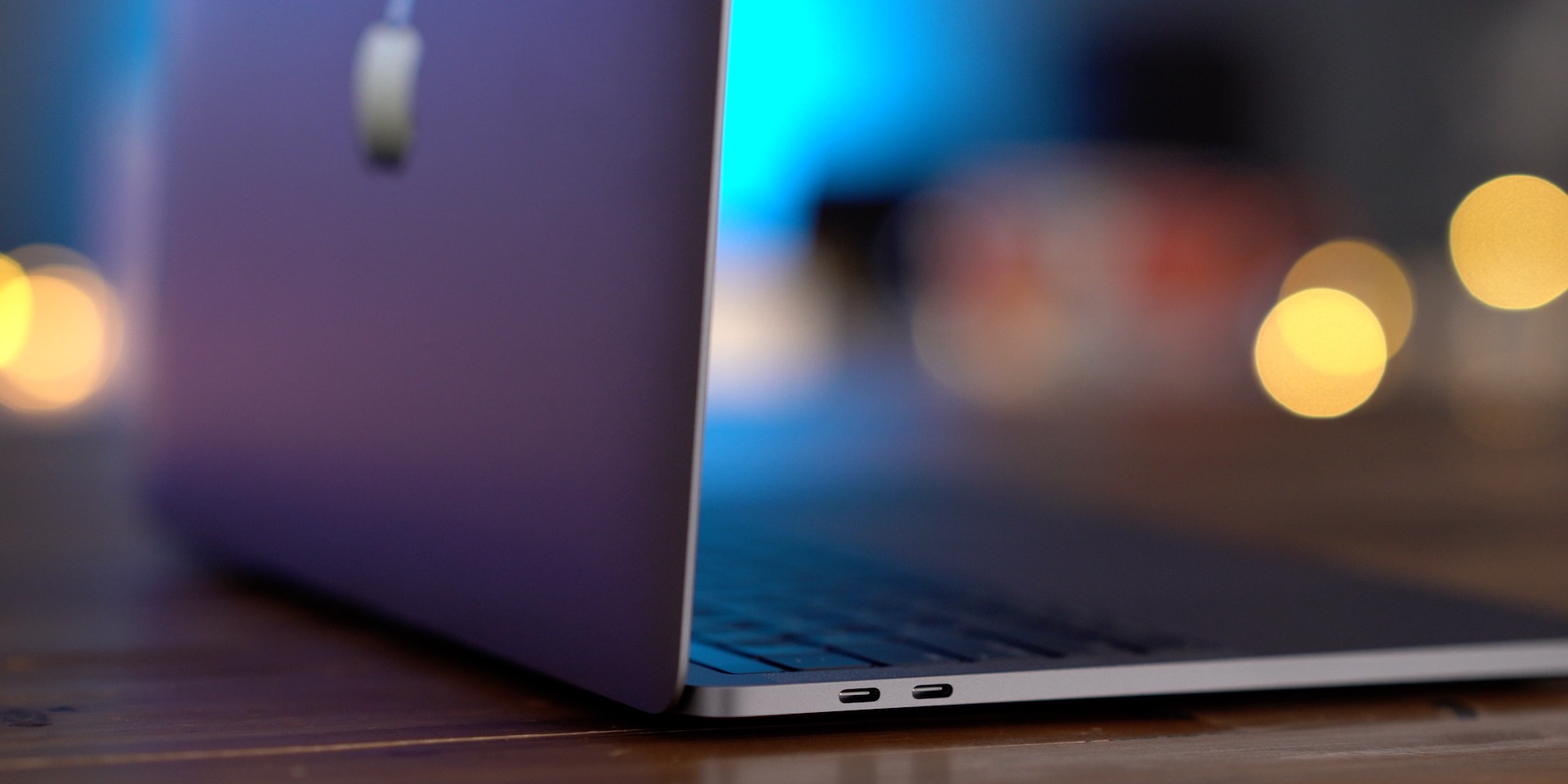 The new CPU also turbo-boosts up to 3.9 GHz for short bursts of additional performance, surpassing the 3.6 GHz maximum boost for the previous gen. In other words, this processor, base 1.4GHz clock speed and all, is a much more capable machine than its predecessor from a performance perspective.

Benchmarks help to illustrate this story, but using the machine for real world tasks like Final Cut Pro X rendering and export makes it evident that this machine is quite capable relative to its entry-level position in Apple’s MacBook Pro lineup.

As usual, Intel Quick Sync support is there, as is HEVC encoding thanks to the T2 Security Chip. These handy hardware features helps make light work of pre-rendered video export in Final Cut Pro X.

That said, the machine predictably stumbles a bit when it comes to GPU-intensive workloads, such as rendering a Final Cut Pro X timeline, working with DaVinci Resolve, or when playing games. The Intel Iris Plus 645 GPU is adequate for lightweight jobs, but begins to fall apart on heavy jobs.  Fortunately, the two Thunderbolt 3 ports on the 2019 MacBook Pro allow you to connect an eGPU for additional power when needed. 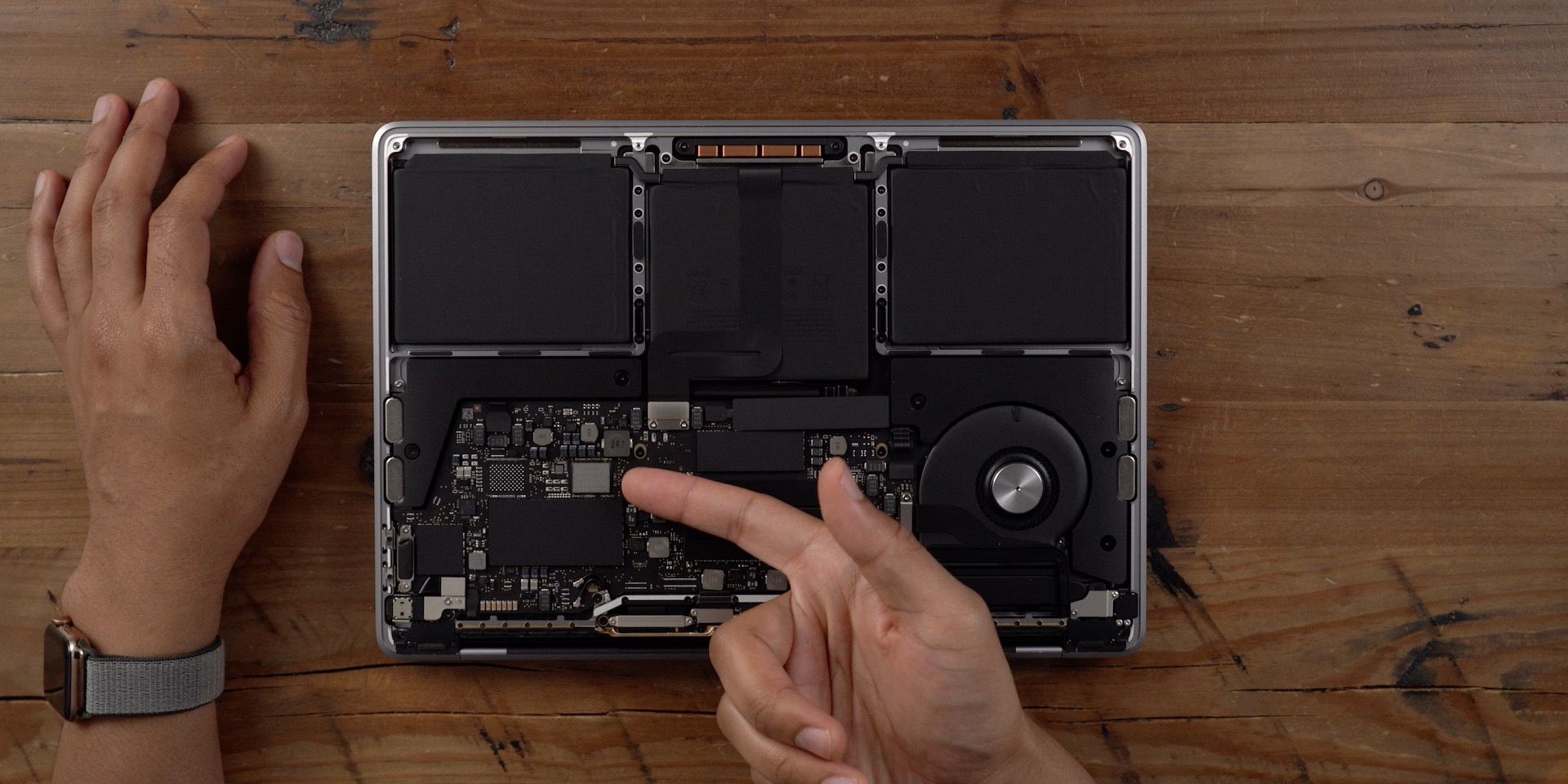 One area that seems to have regressed is SSD performance. Write speeds are similar to last year’s 2018 MacBook Air, but read speeds get a noticeable downgrade in my testing with the Blackmagic Disk Speed Test and QuickBench.

Is this a similar situation to the 2019 MacBook Air, which has been rumored to have received a downgrade in SSD speed to save on money? It’s hard to say, but I personally don’t see anything wrong with that approach given this machine’s target demographic. 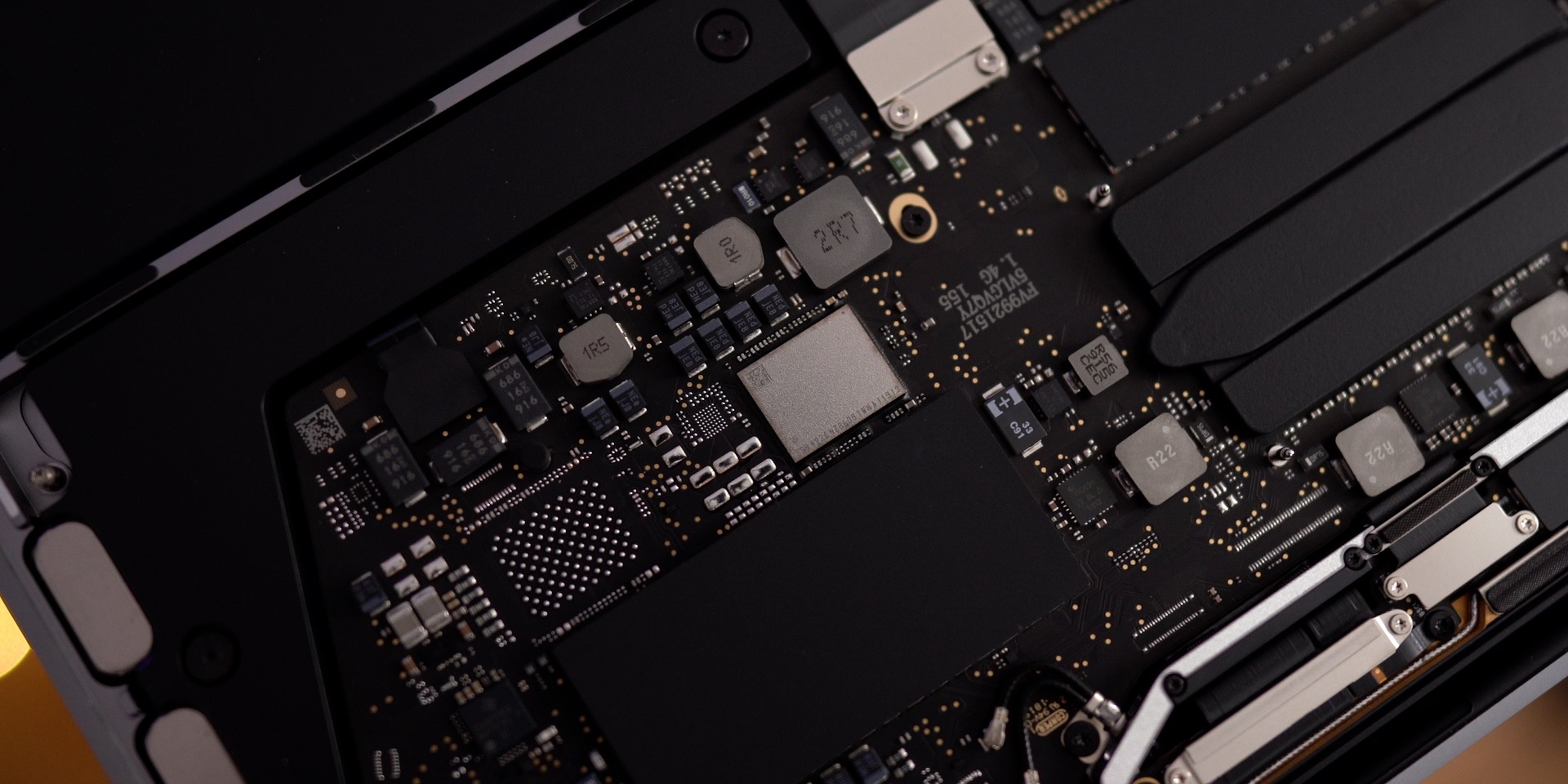 Even with somewhat slower speeds, the machine is still more than fast enough to handle average workloads, even high-bitrate 4K video editing if necessary. I like the idea of Apple providing users with more choice instead of forcing them to adopt powerful hardware that they’ll realistically never take advantage of.

The most noticeable visual difference between this MacBook Pro and the 2017 model is the adoption of the Touch Bar and Touch ID. For the very fist time since Apple introduced the Touch Bar with 2016’s MacBook Pro refresh, the input technology can be had on Apple’s entry-level MacBook Pro model. 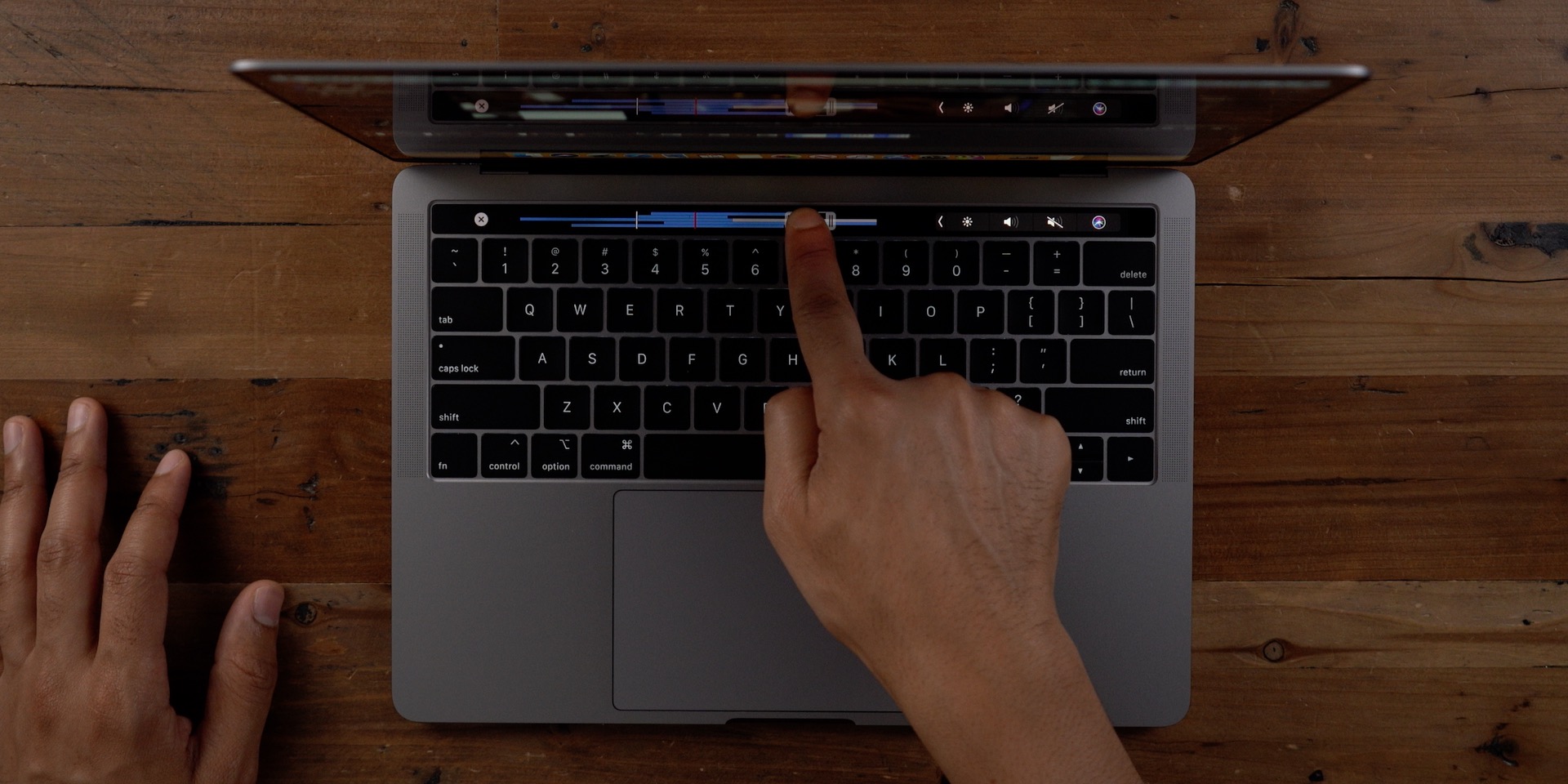 With the Touch Bar moving down market, it’s now a standard feature on every MacBook Pro that Apple sells. Depending on your view of the Touch Bar, that can be a good or bad thing. I’ve personally adopted an apathetic view of the Touch Bar — I don’t disdain it, but I wouldn’t lose a moment of sleep if Apple canned the idea today. I find that it’s largely an unnecessary add-on, and I’m not alone in that sentiment, but obviously Apple feels different. 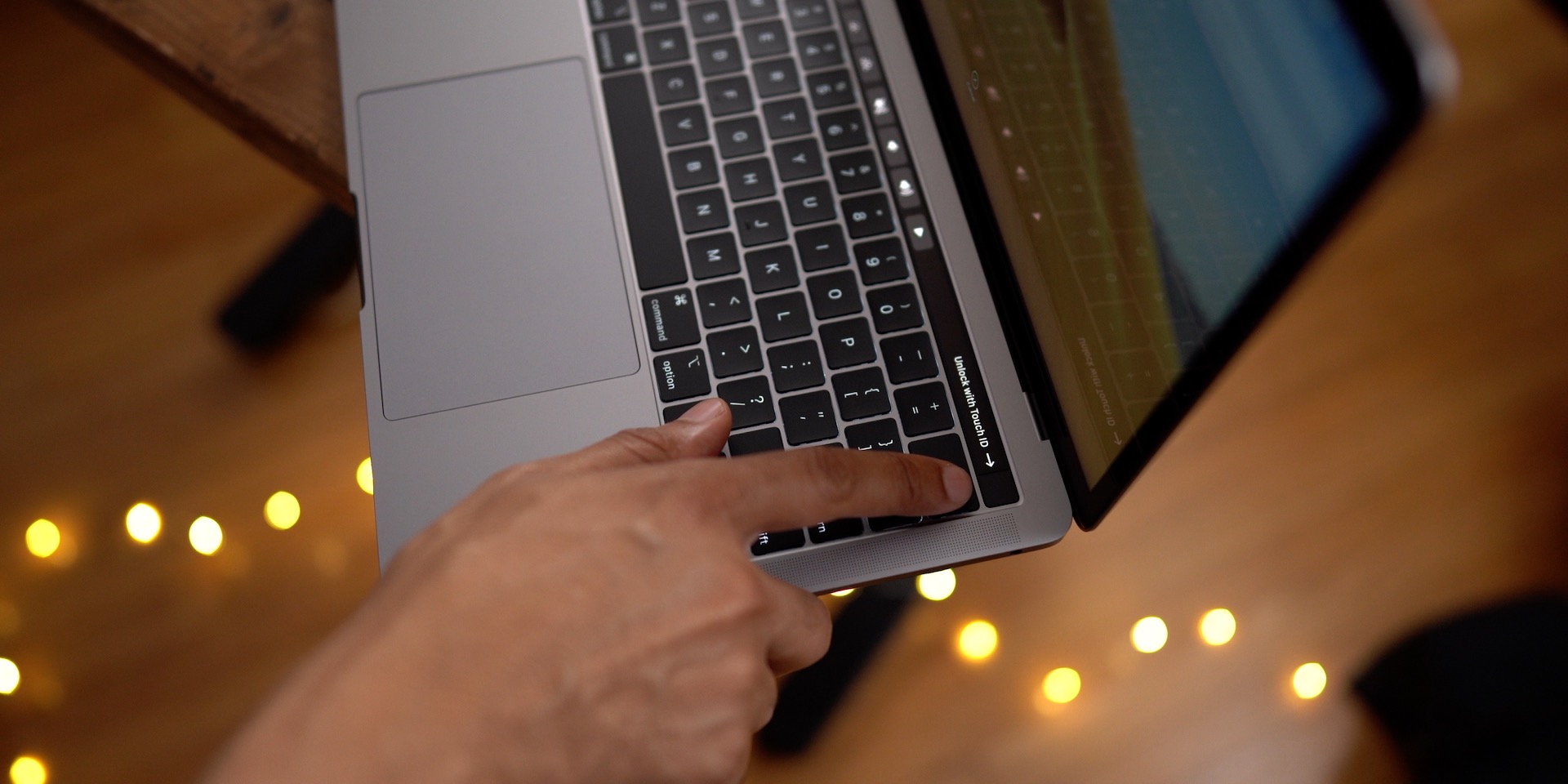 Touch ID, on the other hand, is great. It was sorely missed on the previous-generation entry-level MacBook Pro, and I’m happy that it’s finally making an appearance downmarket. Now every laptop that Apple sells, including the MacBook Air, features Touch ID, which makes logging into the MacBook Pro and authenticating much easier.

With the release of the refreshed entry-level MacBook Pro, the Apple T2 security chip is now found in all of Apple’s laptops. The T2 chip and its Secure Enclave is often associated with Touch ID, but that’s not the sole purpose of the T2 chip. 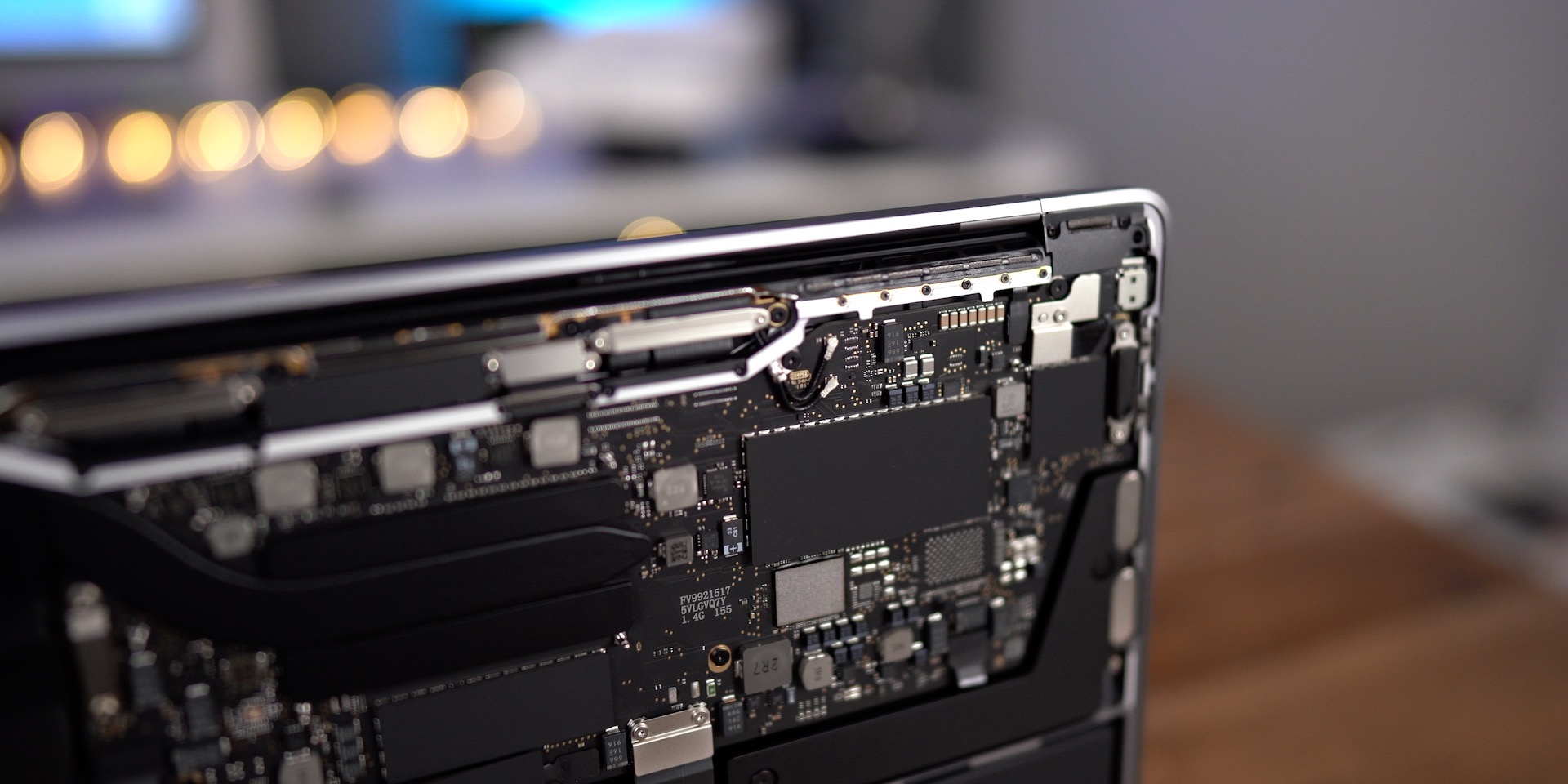 Apple’s T2 wears a lot of hats and is capable of handling a variety of different tasks, including:

As you can see, the T2 does a variety of things, and even more than is listed here. For example, it will disable the microphone for privacy purposes when the lid on your MacBook Pro is closed. In future updates to macOS, the T2 chip will handle even more functions like Activation Lock for Macs.

Although we now get Touch Bar and Touch ID support on the base-model MacBook Pro, we’re still unfortunately stuck with just two Thunderbolt 3 ports that share a single Thunderbolt 3 bus. Most people can probably get by fine with just two ports, but power users who own lots of Thunderbolt 3 accessories should seriously consider stepping up to the four port model. 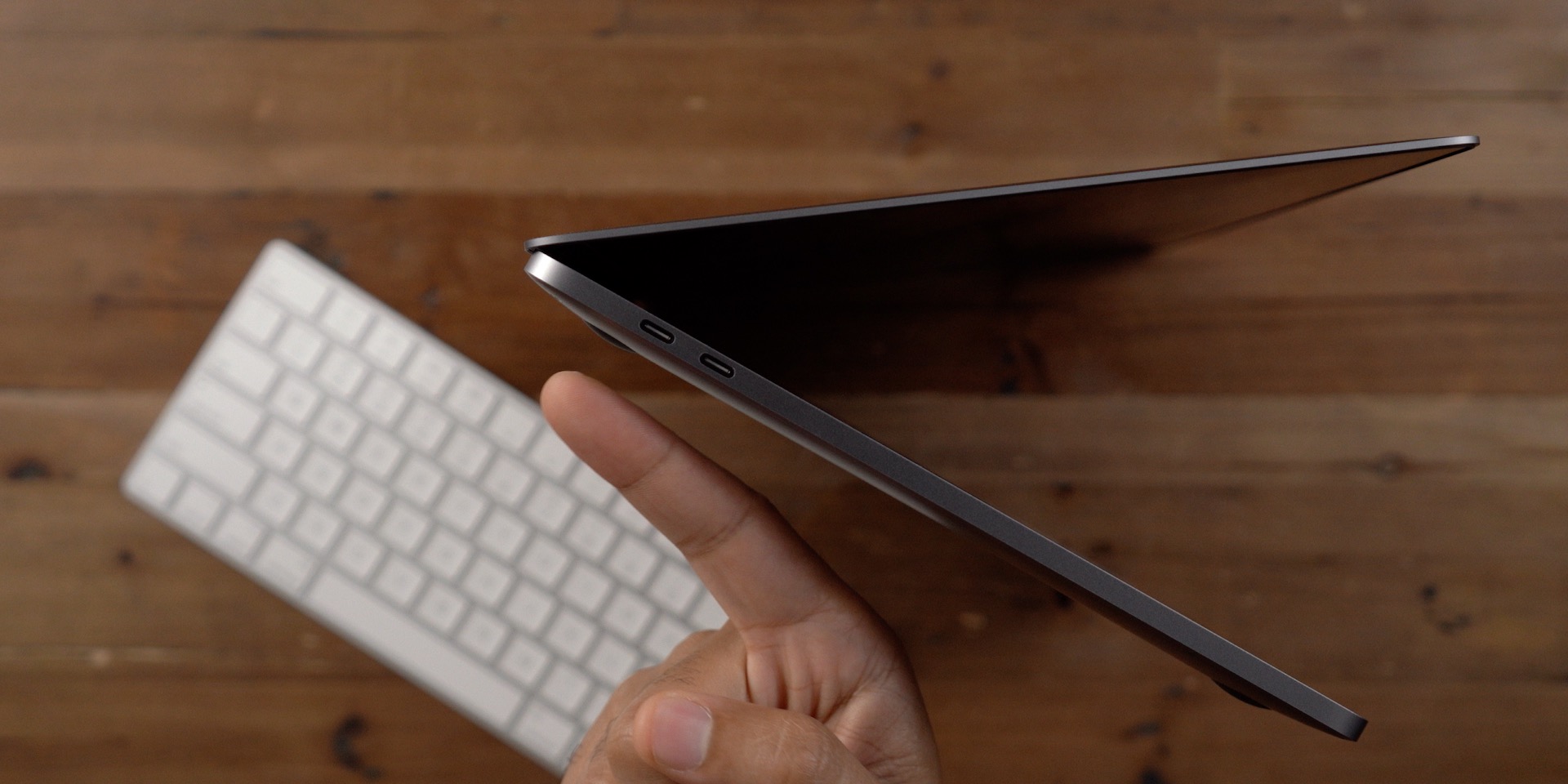 Flexibility-wise, it’s much more convenient to have ports available on both sides of the machine as well, something else that this model lacks. Instead, the right side of the machine houses a single lonely 3.5mm headphone input and nothing more. 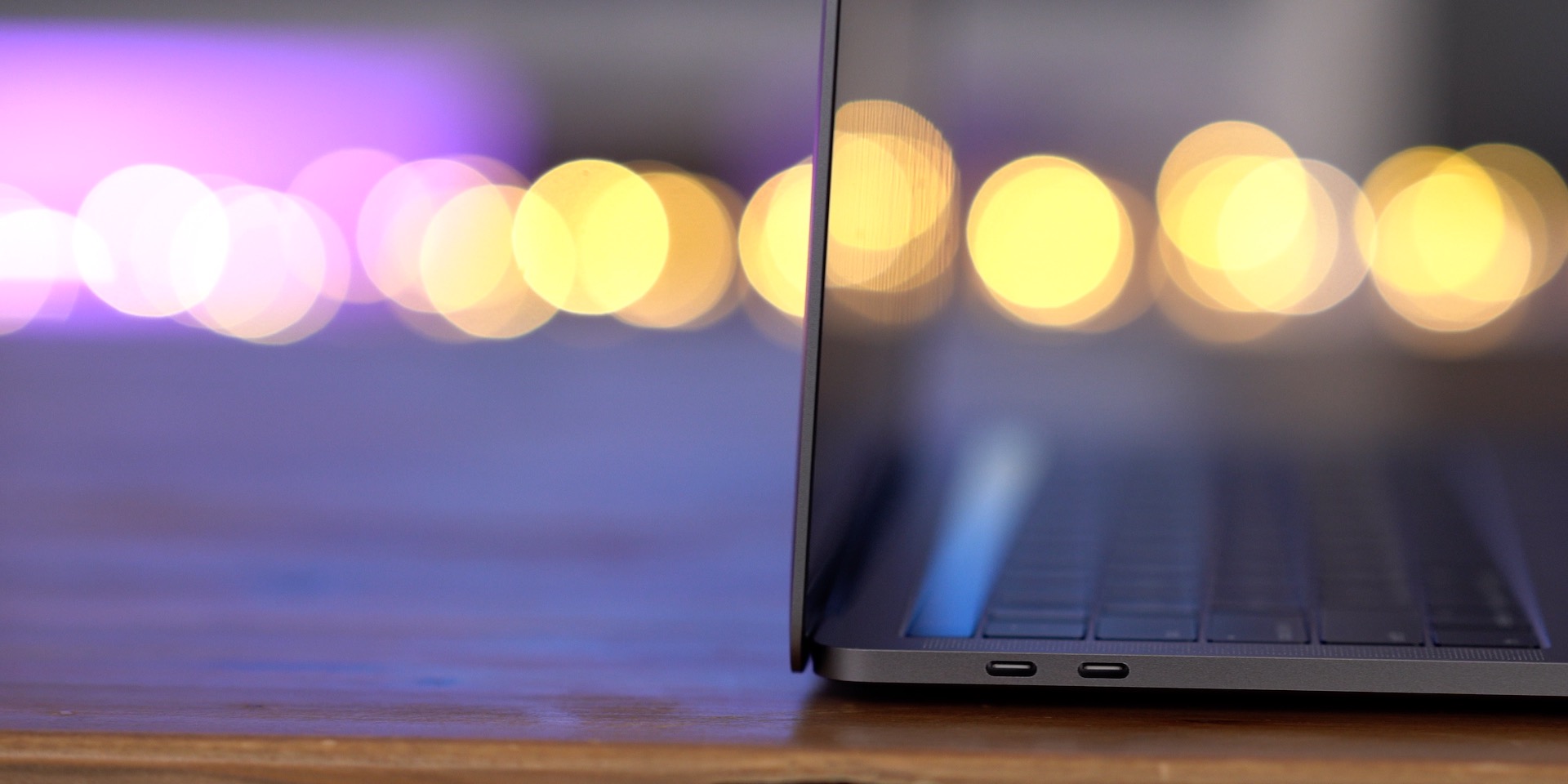 Thunderbolt 3 is insanely useful, especially now in 2019 when there’s no shortage of great Thunderbolt 3 accessories to take advantage of. There are docks, external GPUs, SSDs, audio interfaces, displays, 10 Gigabit Ethernet interfaces, and the list goes on. With so many peripherals at our disposal, having just two ports can be a bit limiting. 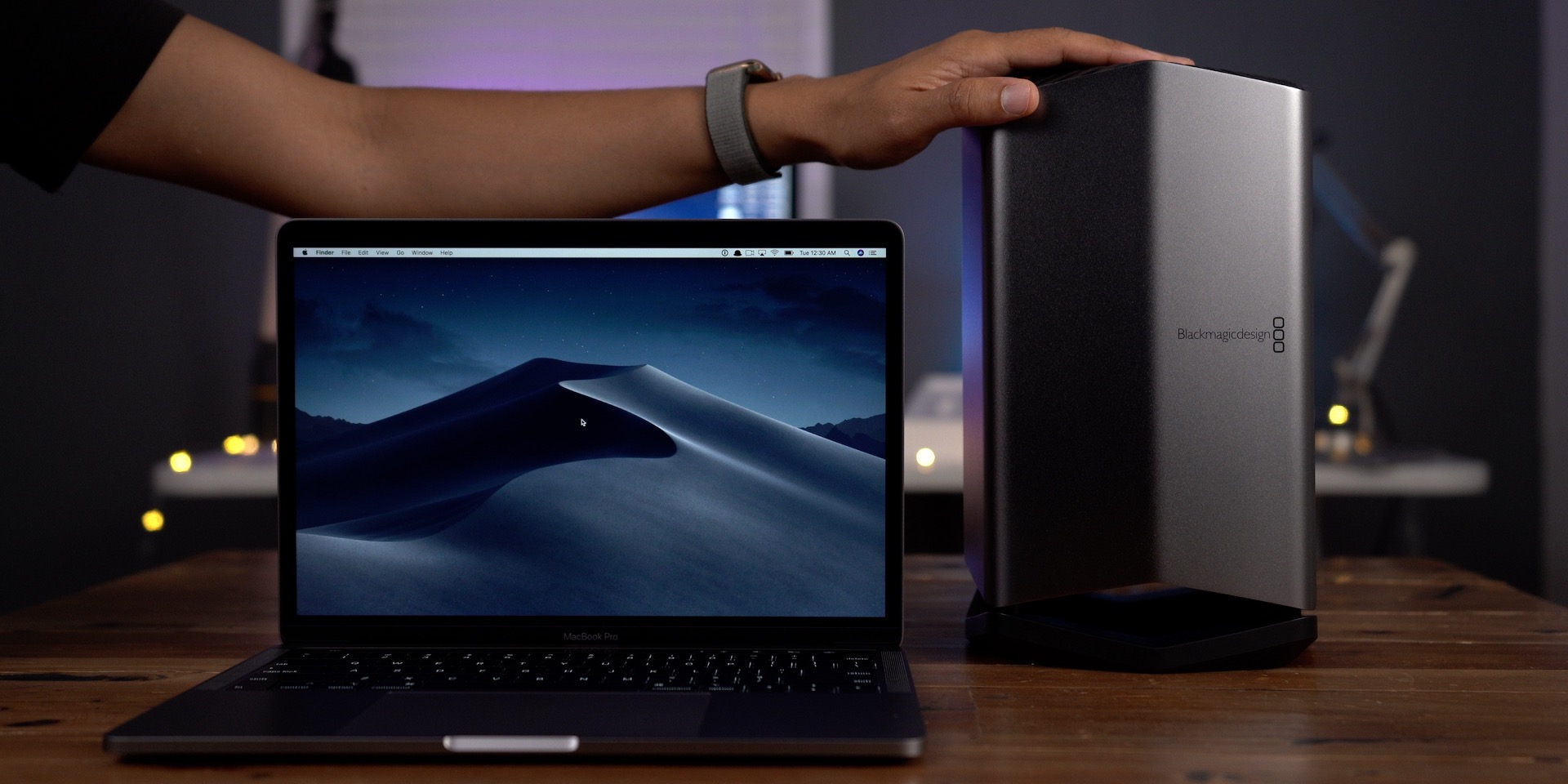 Nonetheless, you can usually work around the port limitations, especially when connecting to a device like the Blackmagic eGPU that supplies power to the MacBook Pro, and features a second Thunderbolt 3 port on the unit itself to facilitate daisy chain setups.

Like the higher-end MacBook Pro that launched back in late May, this entry-level model refresh features an updated keyboard that uses new materials. This is technically the forth refresh of the butterfly key switches since they debuted, and the jury is still out as to whether this update provides any meaningful enhancements to the keyboard’s reliability. 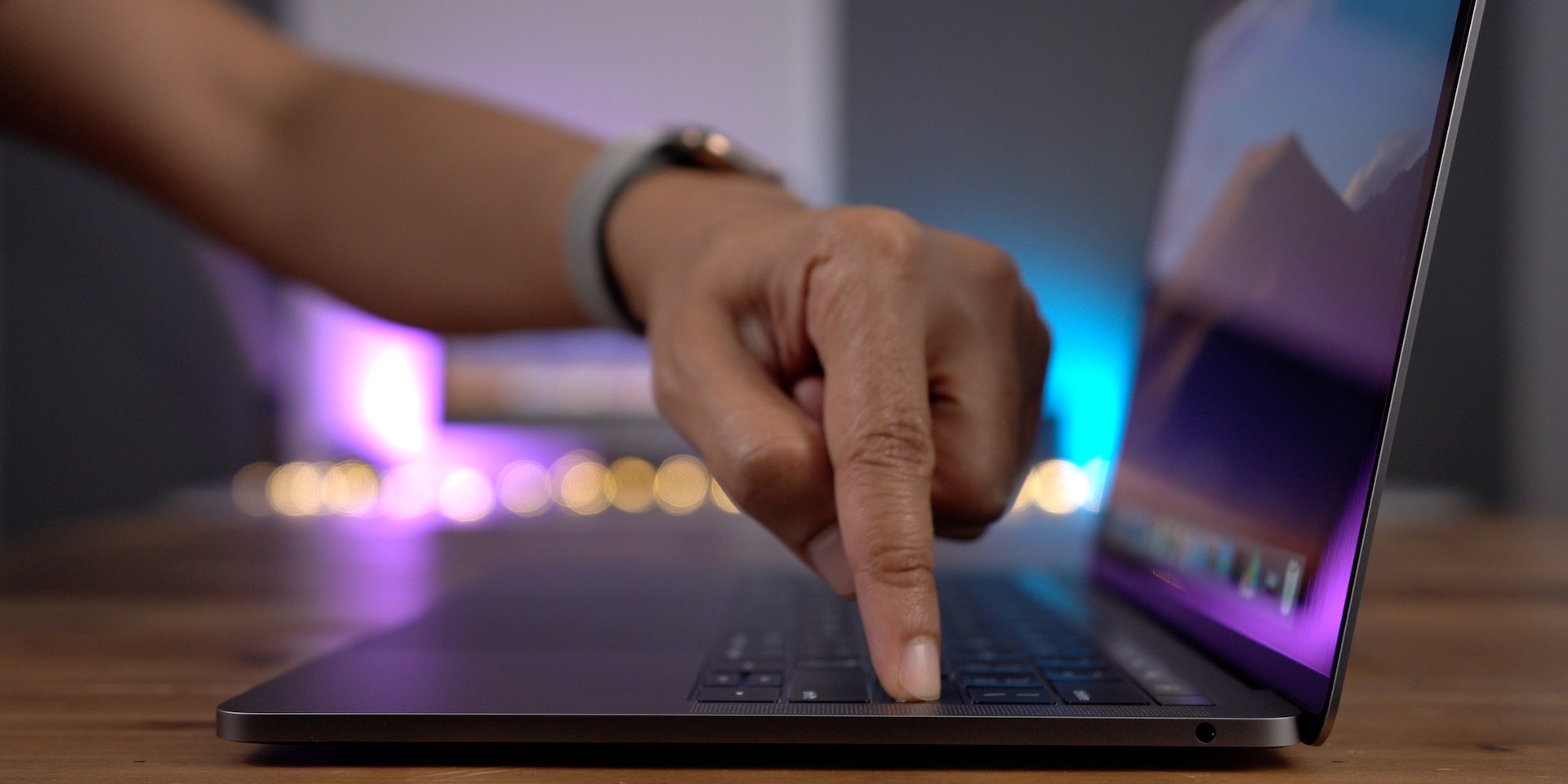 At any rate, this 2019 MacBook Pro is already eligible for Apple’s keyboard replacement program, so at least you won’t have to worry if you happen to encounter issues. 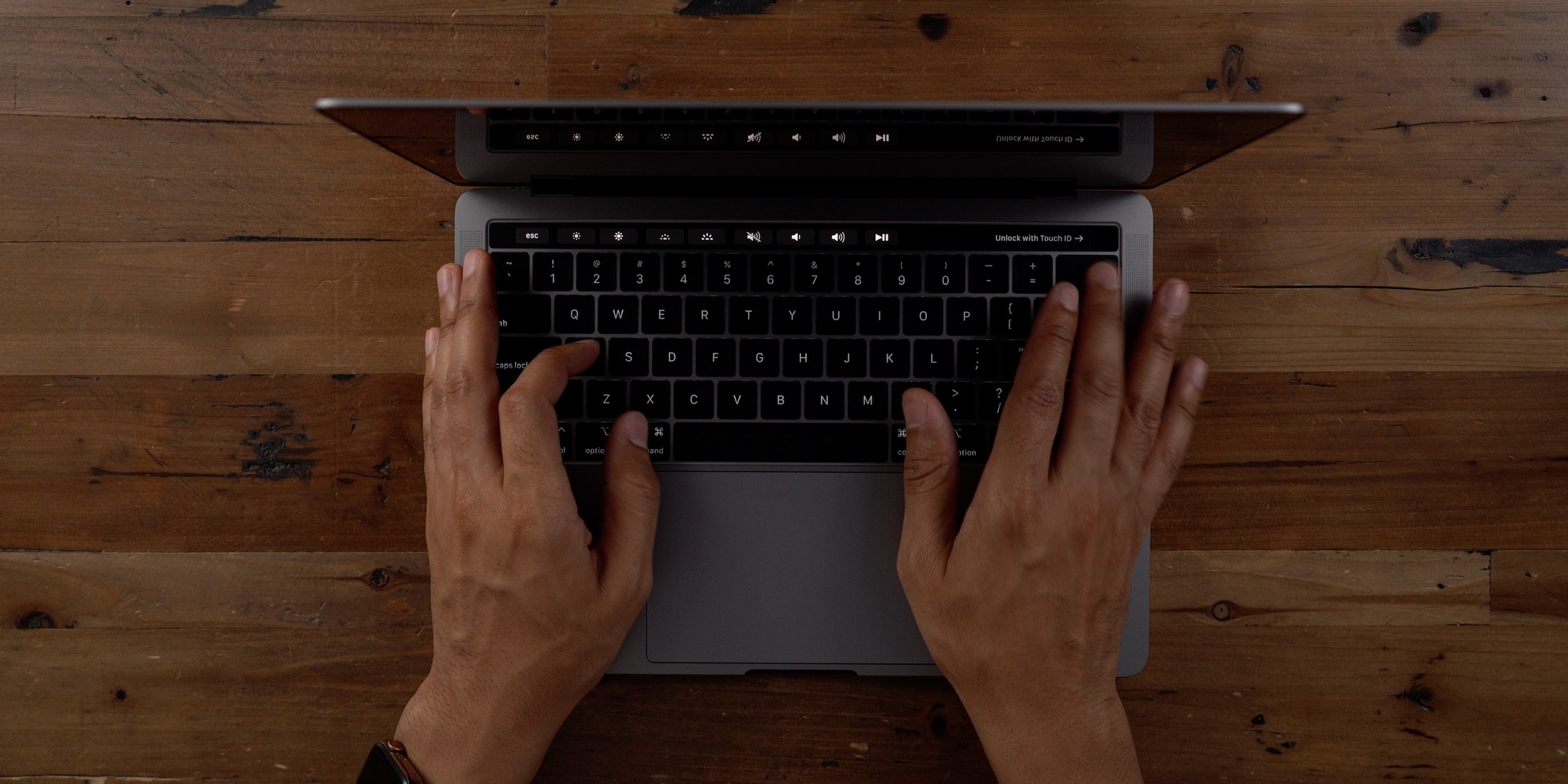 My biggest gripe with the keyboard isn’t the lack of reliability, although that has obviously been a black mark on Apple these last few years. My biggest issue is the sheer lack of key travel offered by the butterfly key switches. These keyboards, in my opinion, are sub-optimal to type on, and introduce unnecessary wrist and finger fatigue.

The good news is that Apple plans on going back to more finger-friendly scissor switches, which should make the keyboards feel more like typing on a Magic Keyboard, which provides far superior touch feedback. That has no impact on the state of this keyboard, but at least we know that Apple is working on a better solution for future laptop models.

It’s been two years since we last saw an update to the entry-level MacBook Pro, but the wait was well worth it. Not only did we get Touch ID and Touch Bar access, but we got the T2 chip and all of the security and performance advantages that it brings to the table, along with a speedy quad-core CPU.

The CPU upgrade, in particular, gives this machine a large leap over its predecessor. The strong CPU provides impressive performance for multicore workloads, even if it is somewhat bottlenecked by the integrated graphics. 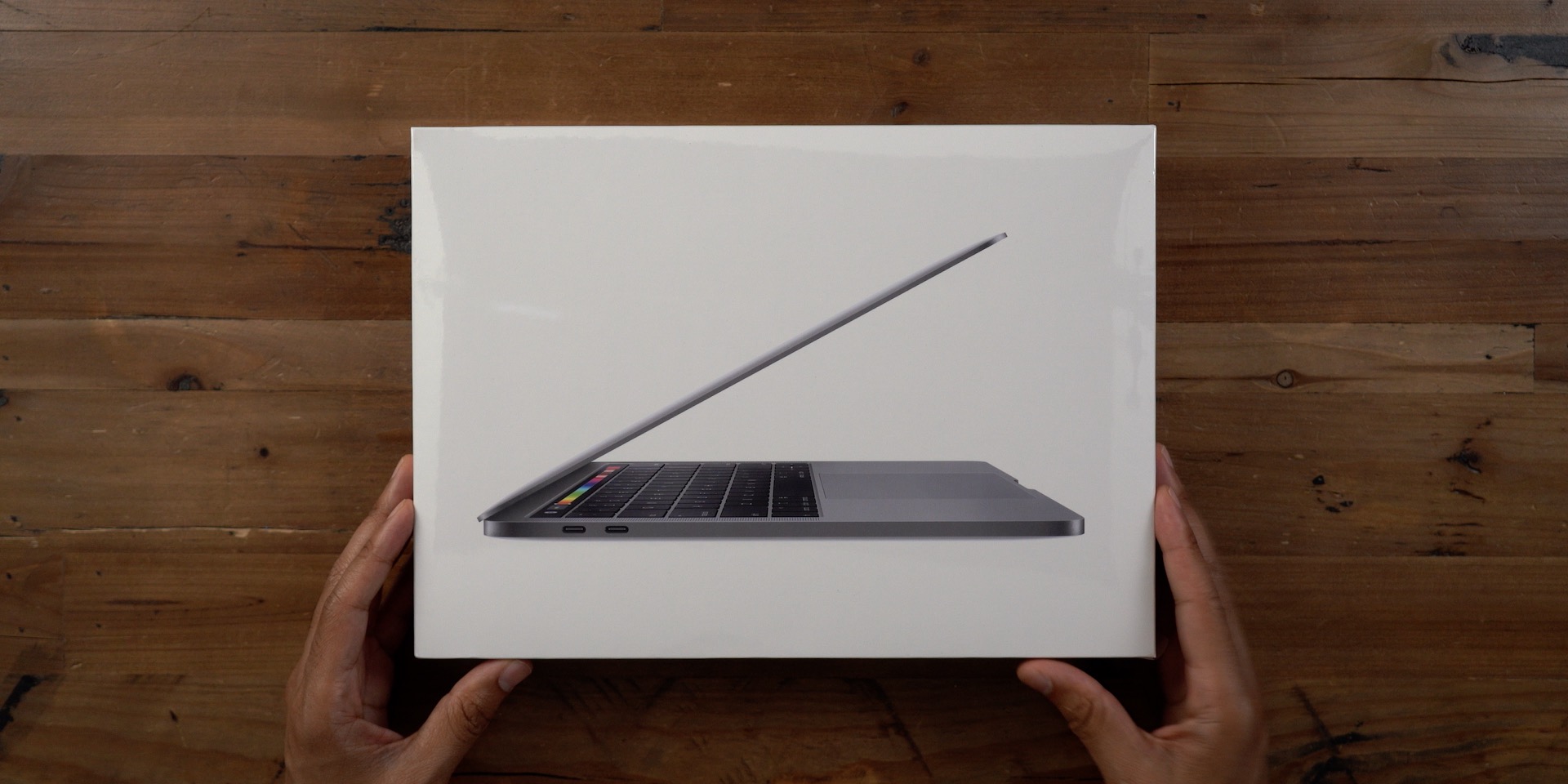 With two Thunderbolt 3 ports in tow, there isn’t a ton of room for expandability, but it’s enough for MacBook Pro users on a budget. For instance, you can connect an SSD, an eGPU, or both, and push the machine farther than it could go on its own.

Apple has shown over the last couple of years that it truly cares about the Mac lineup, and professional users especially. This latest update shows that Apple is set on giving even users on its entry-level machines a worthwhile boost to performance and functionality. 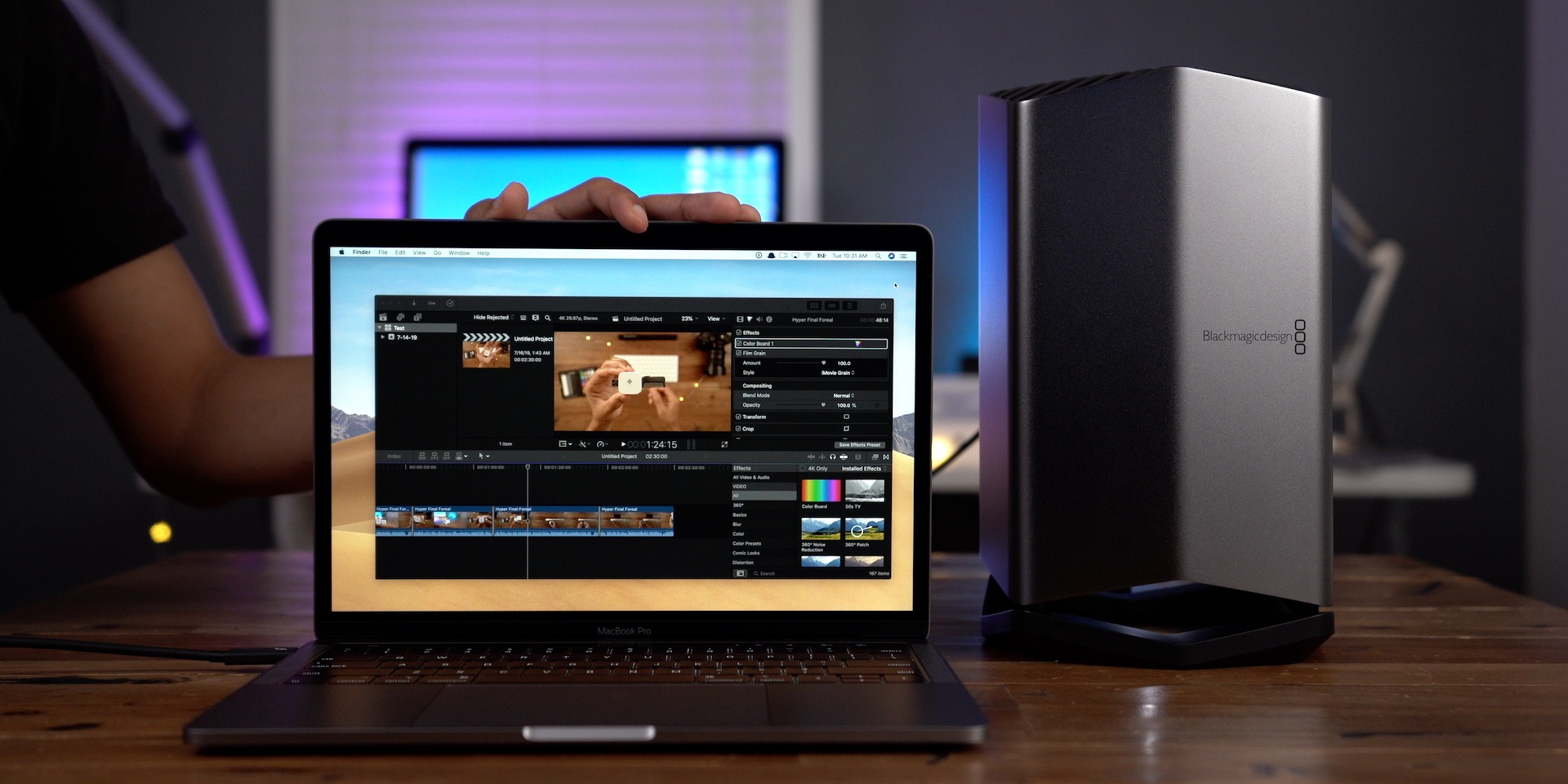 What are your thoughts on the new 2019 entry-level MacBook Pro? Sound off down below in the comments with your thoughts and opinions.