Hands-on: Adding HomeKit to a garage door with the MyQ Home Bridge [Video] 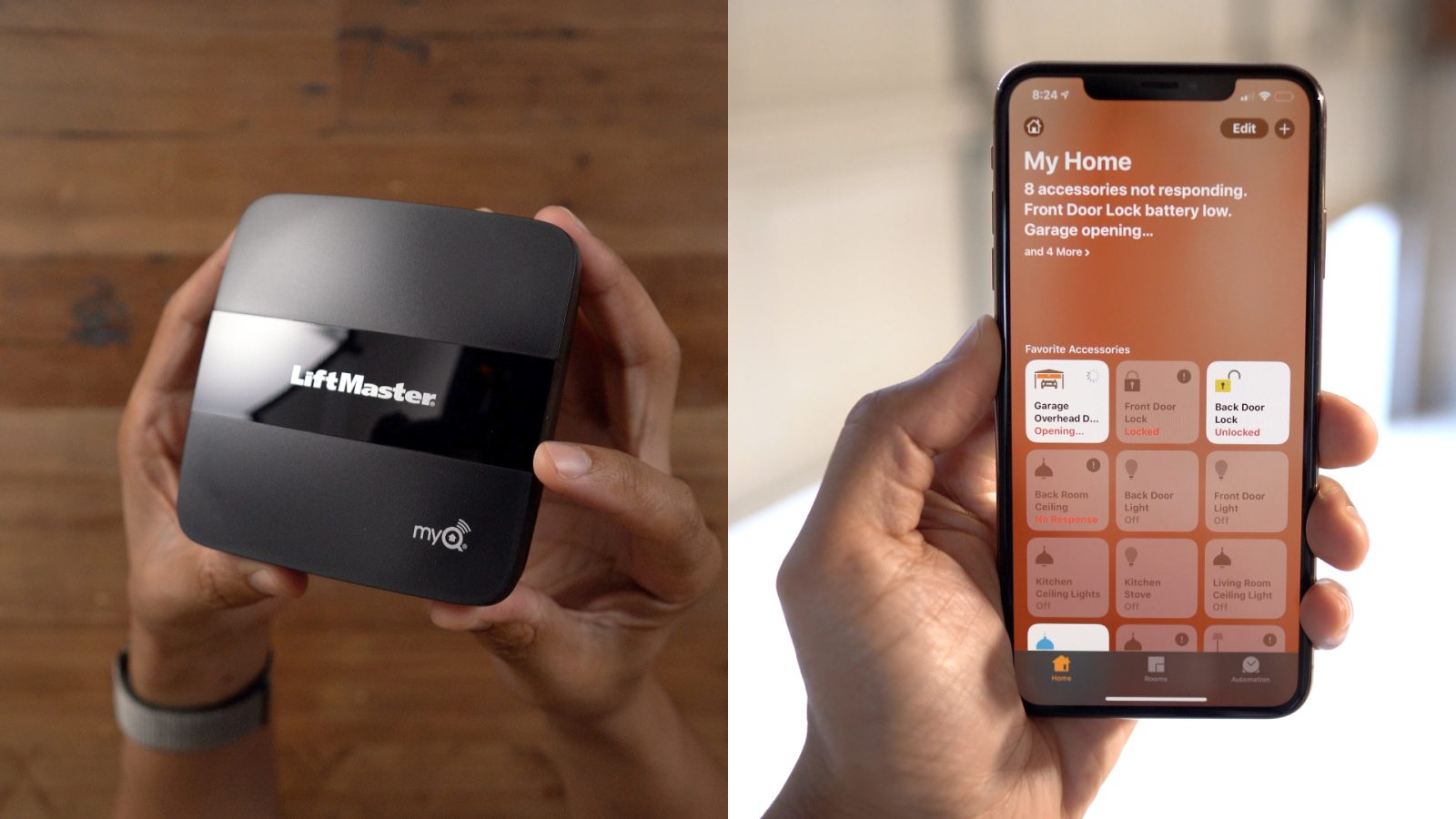 After my 20-year-old garage door opener decided to kick the bucket, I asked a friend to install a new opener. The LiftMaster WLED Elite Series garage door opener that I opted for includes built-in Wi-Fi, allowing it to connect to my home network without the help of any additional hardware.

By itself, the Wi-Fi-enabled opener can talk to the MyQ smartphone app, allowing users to open and close the overhead door remotely via the app. More important for those engrossed in the HomeKit ecosystem, however, is direct support for the MyQ Home Bridge hardware.

The MyQ Home Bridge acts as a liaison between HomeKit and the overhead door opener, allowing you to control a garage door via Siri or the Home app on your iOS device.

Is the MyQ Home Bridge a worthwhile investment if you have a capable garage door opener? Watch our hands-on video for the details.

First and foremost, I have to admit that the whole setup is needlessly ambiguous, and could have been simplified by integrating the Home Bridge hardware directly into the opener itself. Upfront, the setup seems unnecessarily complicated, especially when there is Wi-Fi already built into the opener.

Another possible point of confusion is the existence of the MyQ Smart Garage Hub (watch Jordan’s review at 9to5Toys), which brings smartphone support (but not HomeKit support) to most garage door openers made after 1993 that don’t already have Wi-Fi support built-in.

If you have an opener that lacks Wi-Fi, you’ll need both the Smart Garage Hub and the Home Bridge to enable HomeKit support. Be sure to read Zac’s hands-on with the MyQ Home Bridge for more details.

The MyQ Home Bridge is a simple, black plastic box that’s not much different in form factor than the MyQ Smart Garage Hub. On the front of the device is the LiftMaster logo, along with a set of blue, green, and yellow LED indicators below a translucent window.

On the side of the unit, you’ll find three buttons along with the power port to connect the included power supply. The programmable buttons are optional and can be used to reset the unit to factory defaults. 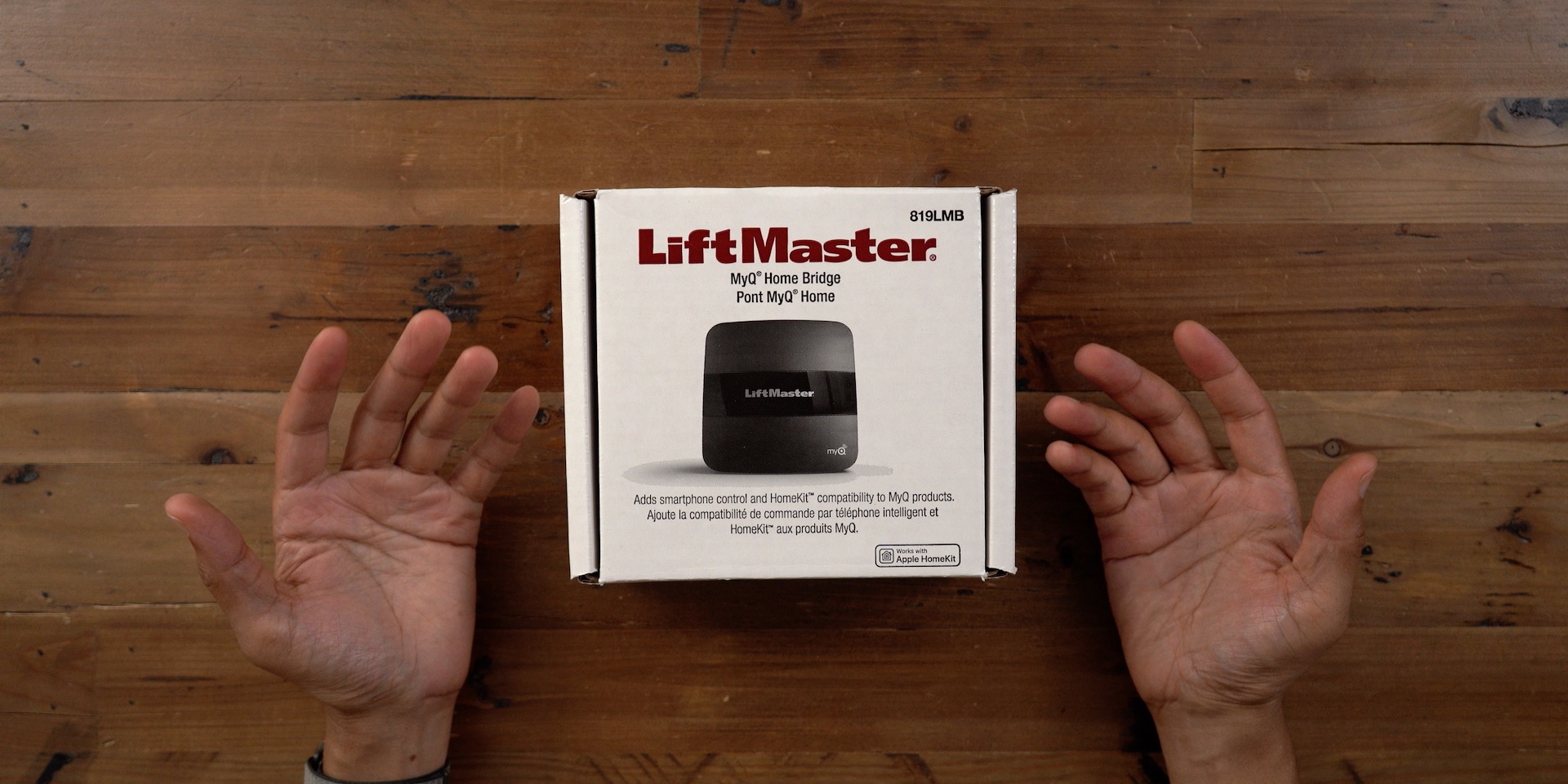 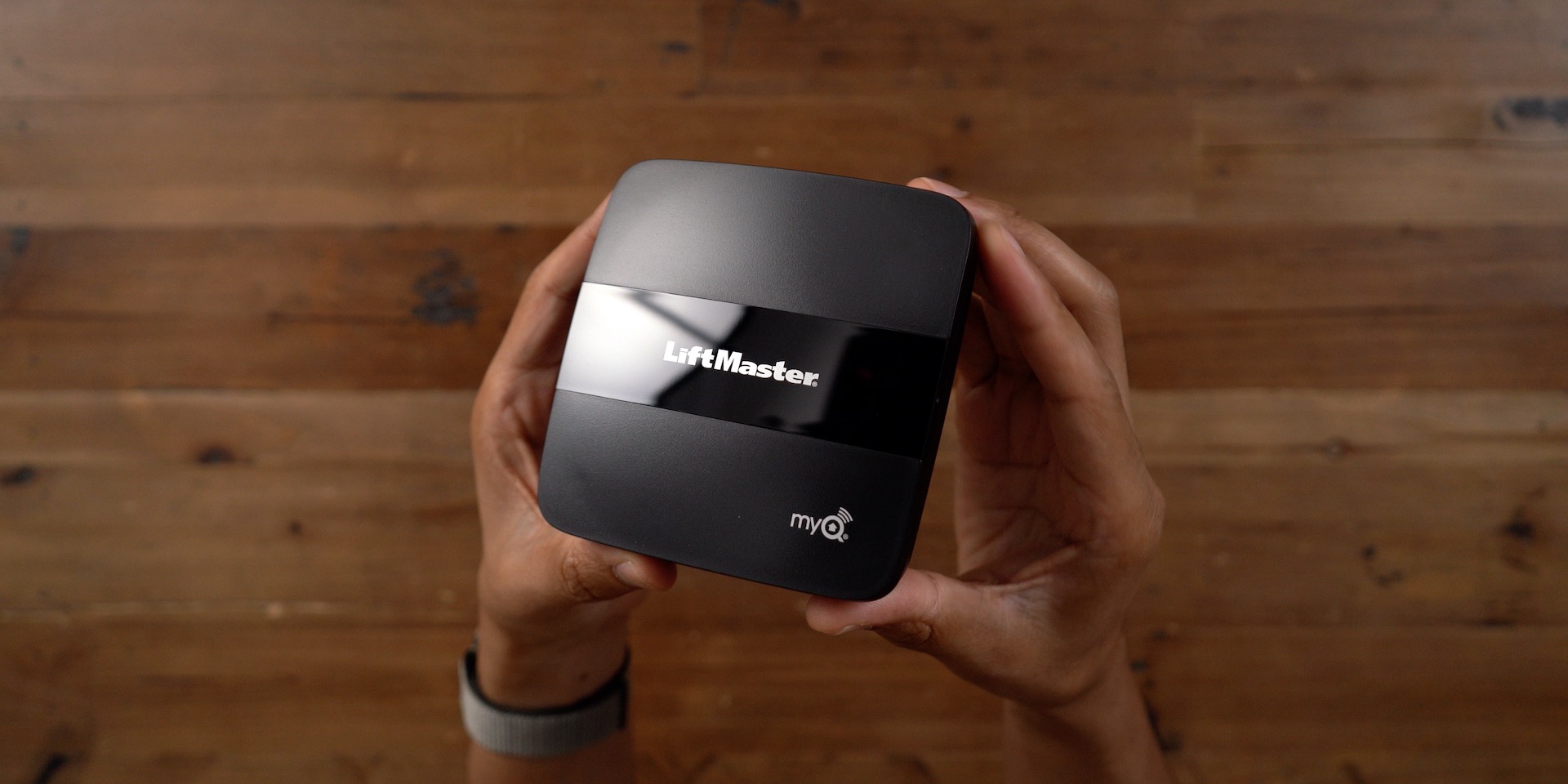 Also included in the box is a mounting bracket and screws for mounting the Home Bridge on a surface. Because the unit operates wirelessly and doesn’t need to be hard-wired to your router, you have the option of mounting it in the same location as the garage door opener itself. 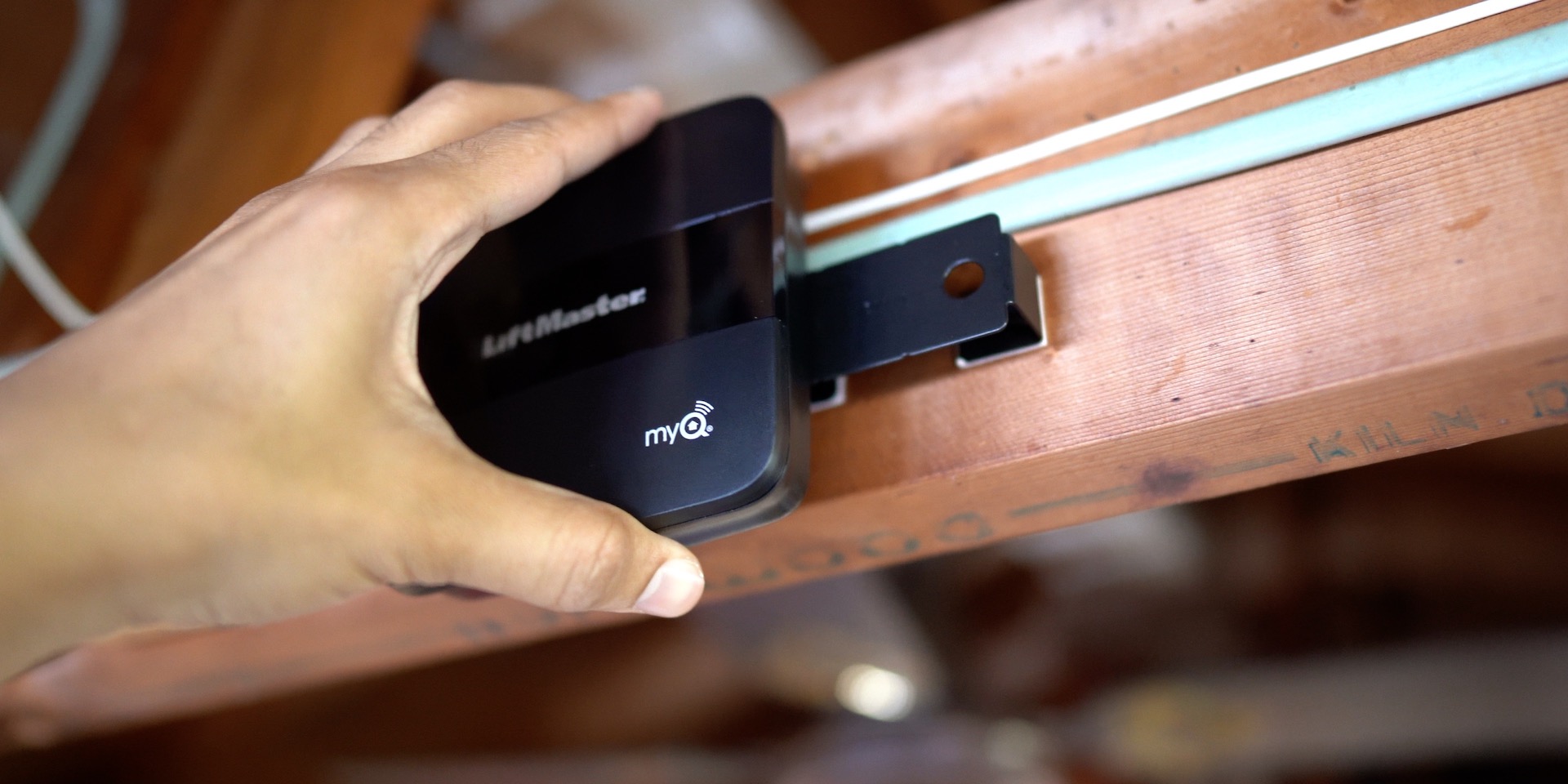 I opted to mount the bridge on a wooded plank next to my opener, which is what LiftMaster recommends in its documentation. As long as you have decent Wi-Fi signal strength in the garage, such a setup should work just fine. 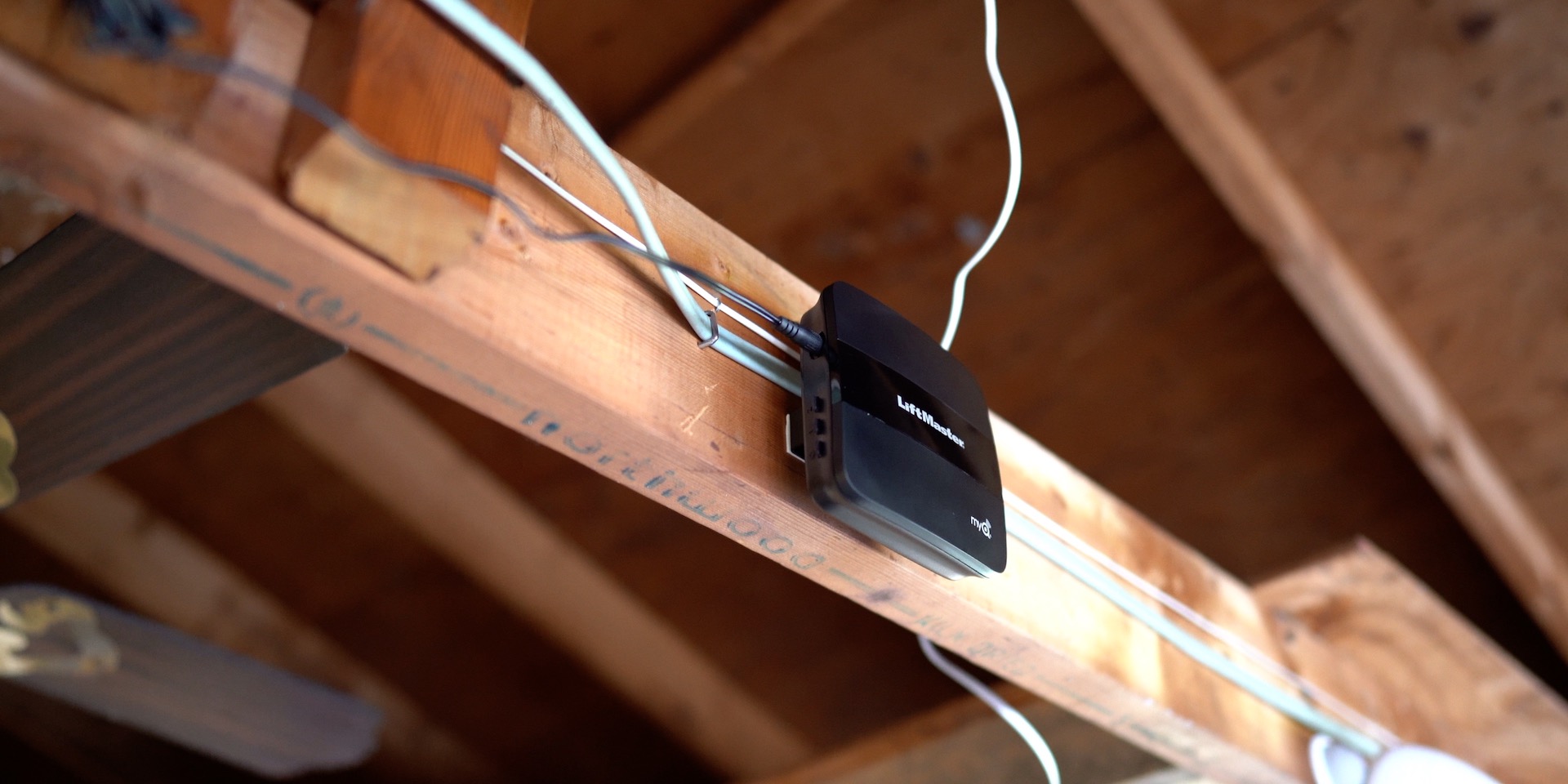 Since there is no power button or switch on the Home Bridge, simply plugging it in is enough to get started. A blue status light indicates that you’re ready to begin the set up process. 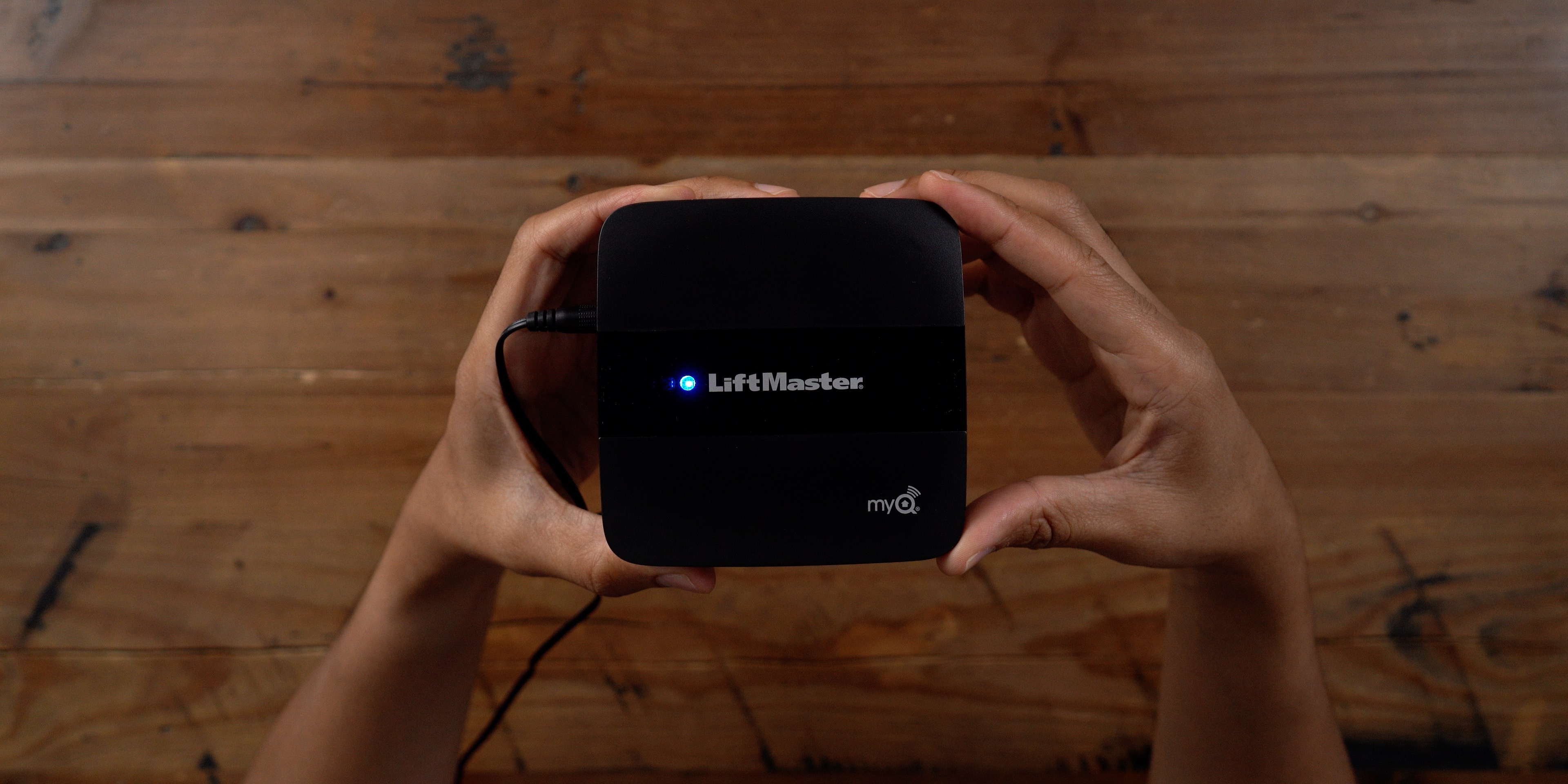 You’ll need to download the MyQ app on your iOS device, which you likely already have if you’re using a Wi-Fi-enabled opener or an opener + the MyQ Smart Garage Hub. 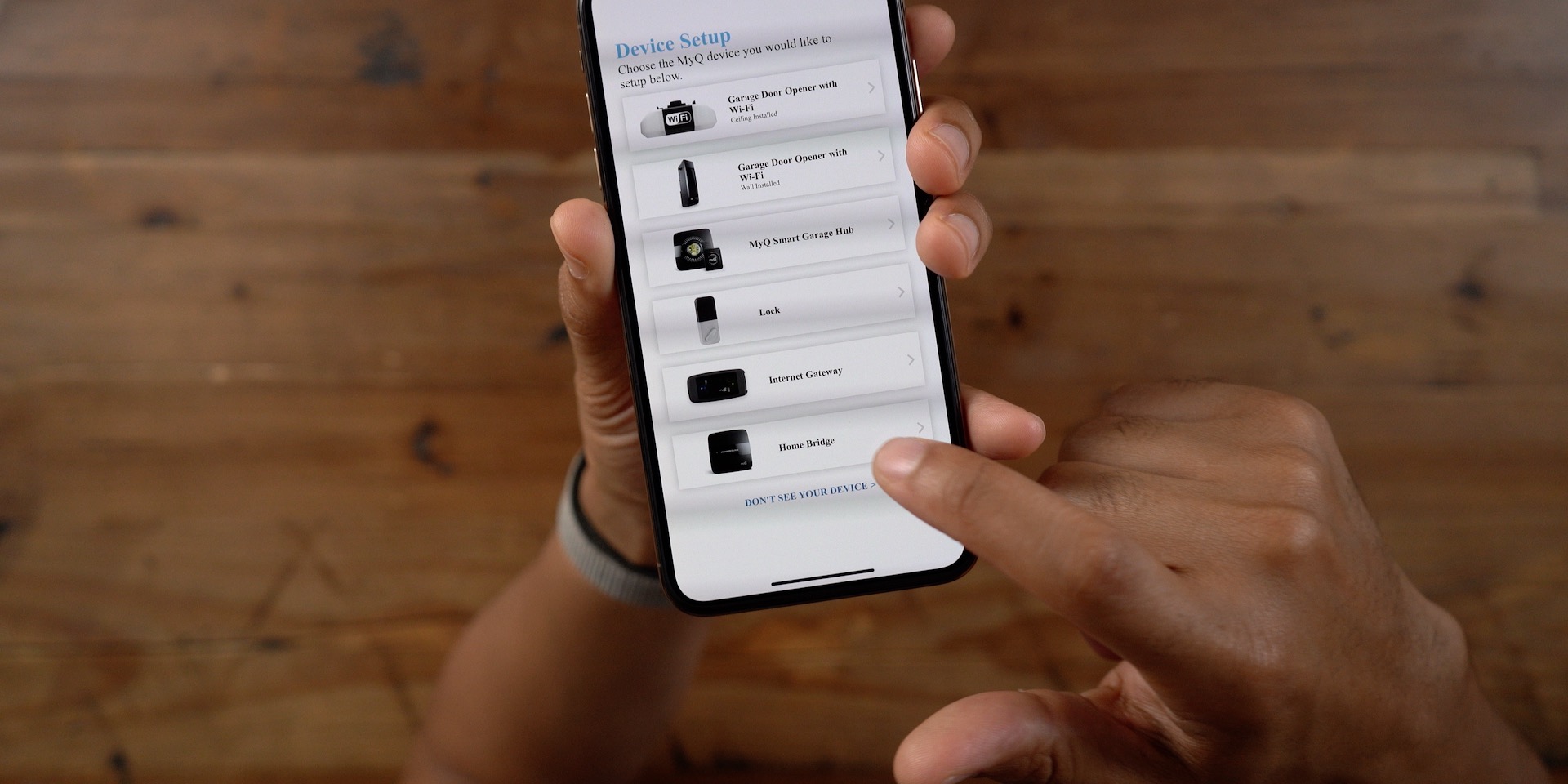 Once the MyQ app is installed and open, you’ll need to create an account and log in. The MyQ app allows you to monitor and control the garage door opener via the app interface, but in order to incorporate the MyQ Home Bridge and enable HomeKit support, you’ll need to go through the set up process. 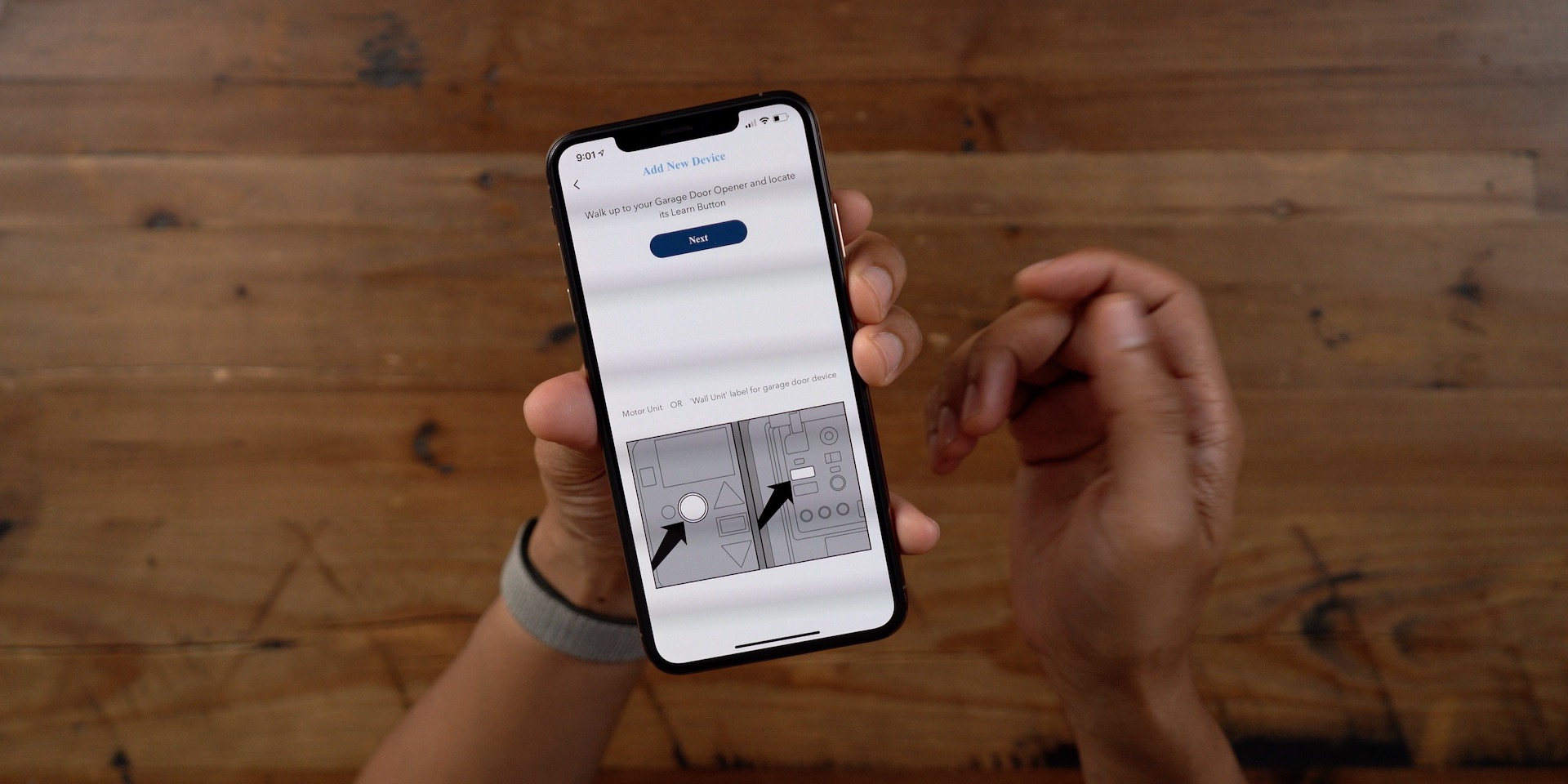 Set up involves plugging in the MyQ Home Bridge, adding a new device via the app, scanning the HomeKit setup code, and pressing the physical Learn button on the garage door opener. 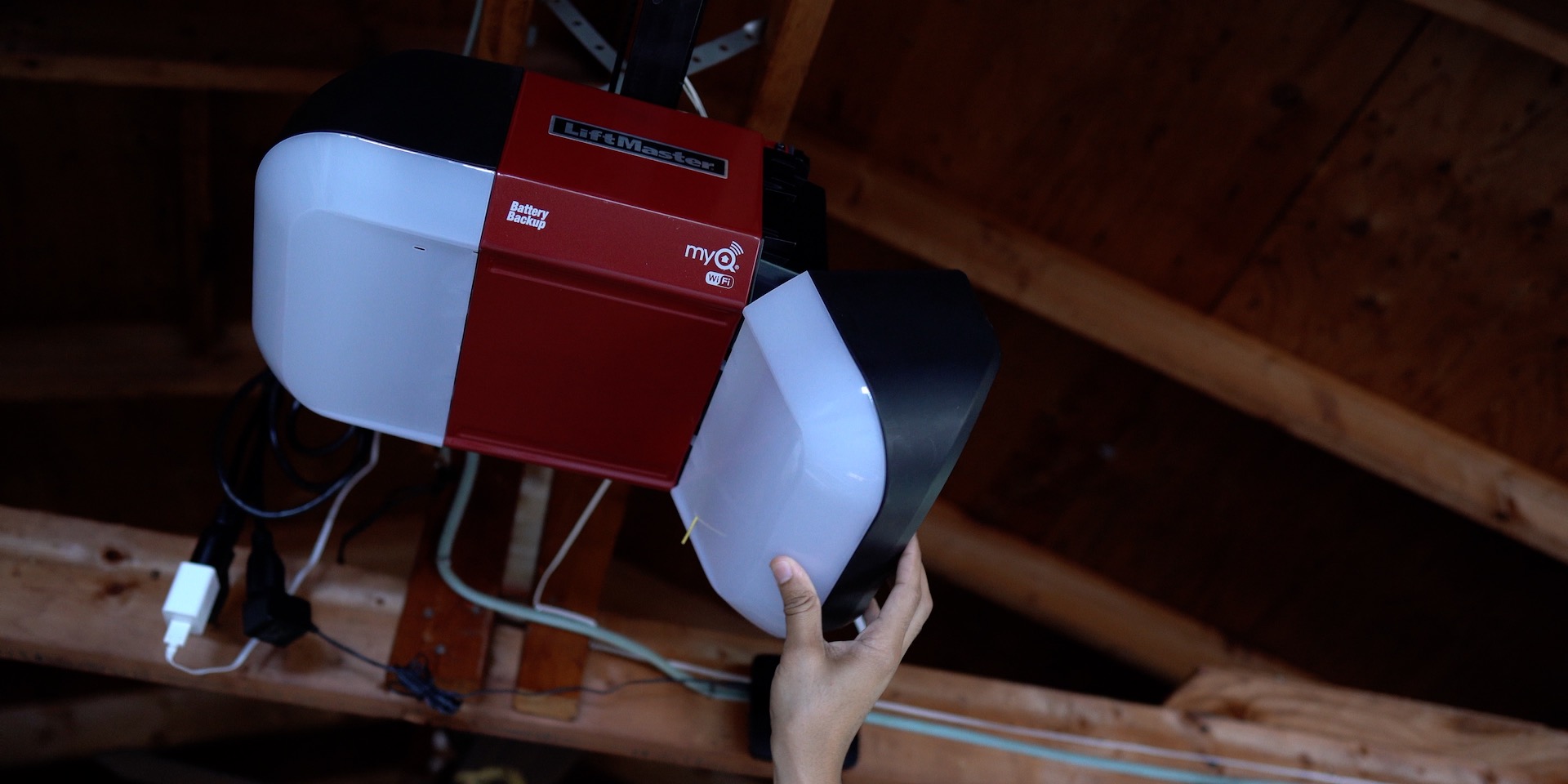 In order to press the Learn button on my opener, I had to pull down the side panel to access all of the unit’s buttons. A single press on the circular Learn button was all that was needed to finish the set up.

Once everything is set up, you’ll see the garage door opener in your Home app represented by a HomeKit tile. Tapping the tile will either open or close the door depending on its current state. 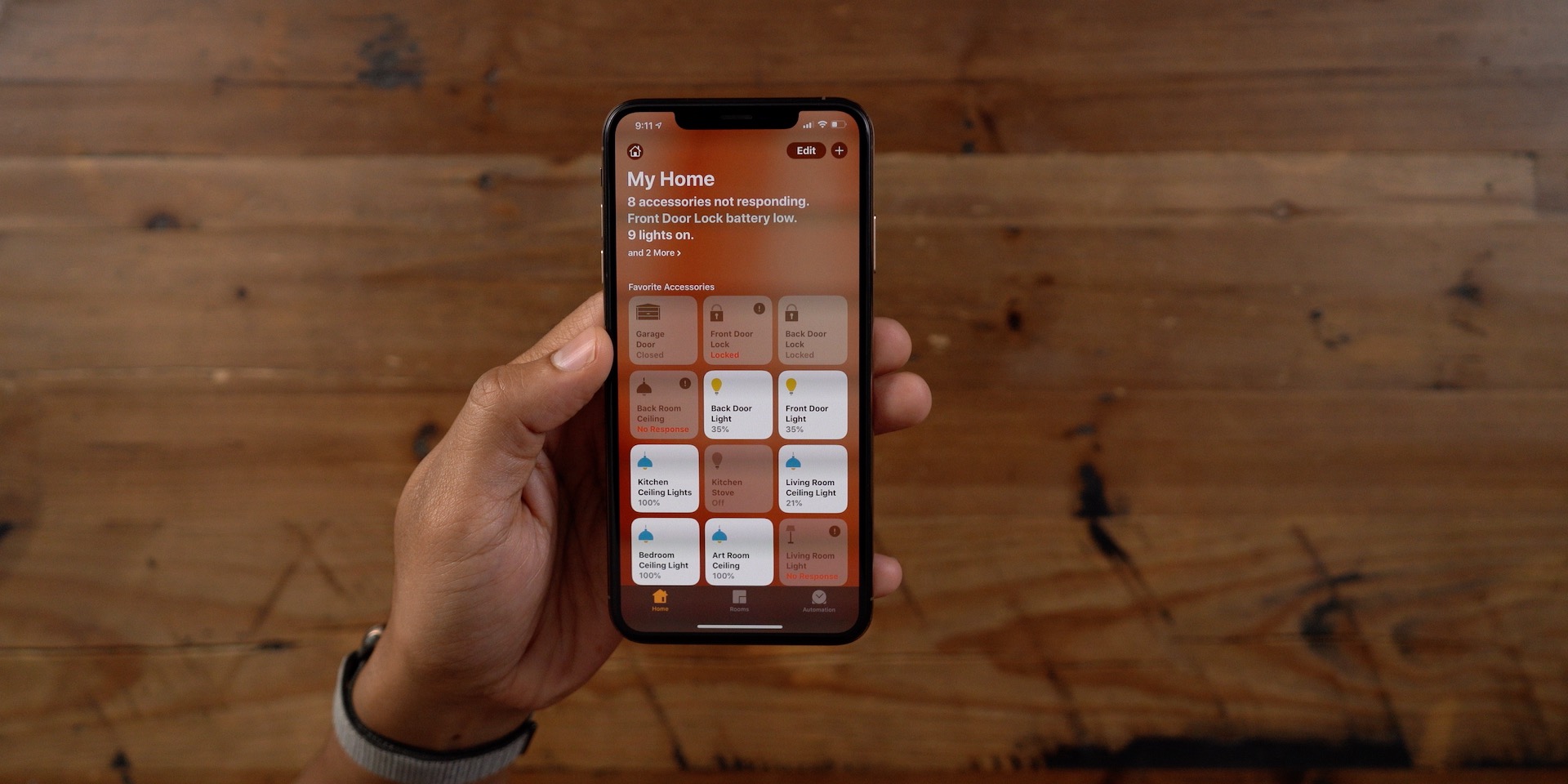 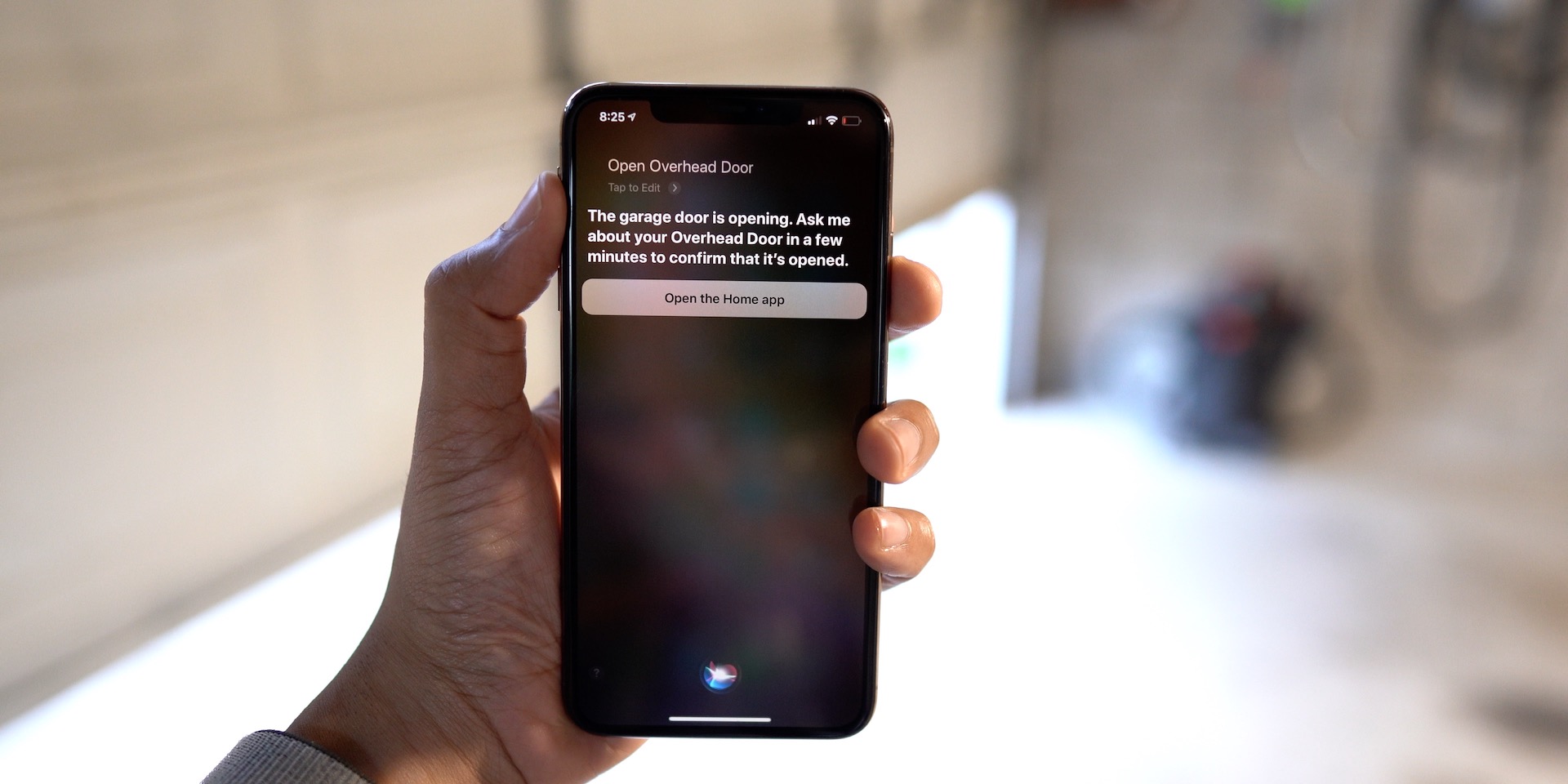 Another benefit to HomeKit support is automation, which can be set up to trigger when certain conditions are satisfied, such as when you arrive at home.

The downside to automation is that you’ll need to verify the command before it proceeds since, just like Apple mandates with interior doors, there is a potential security risk involved with opening garage doors. 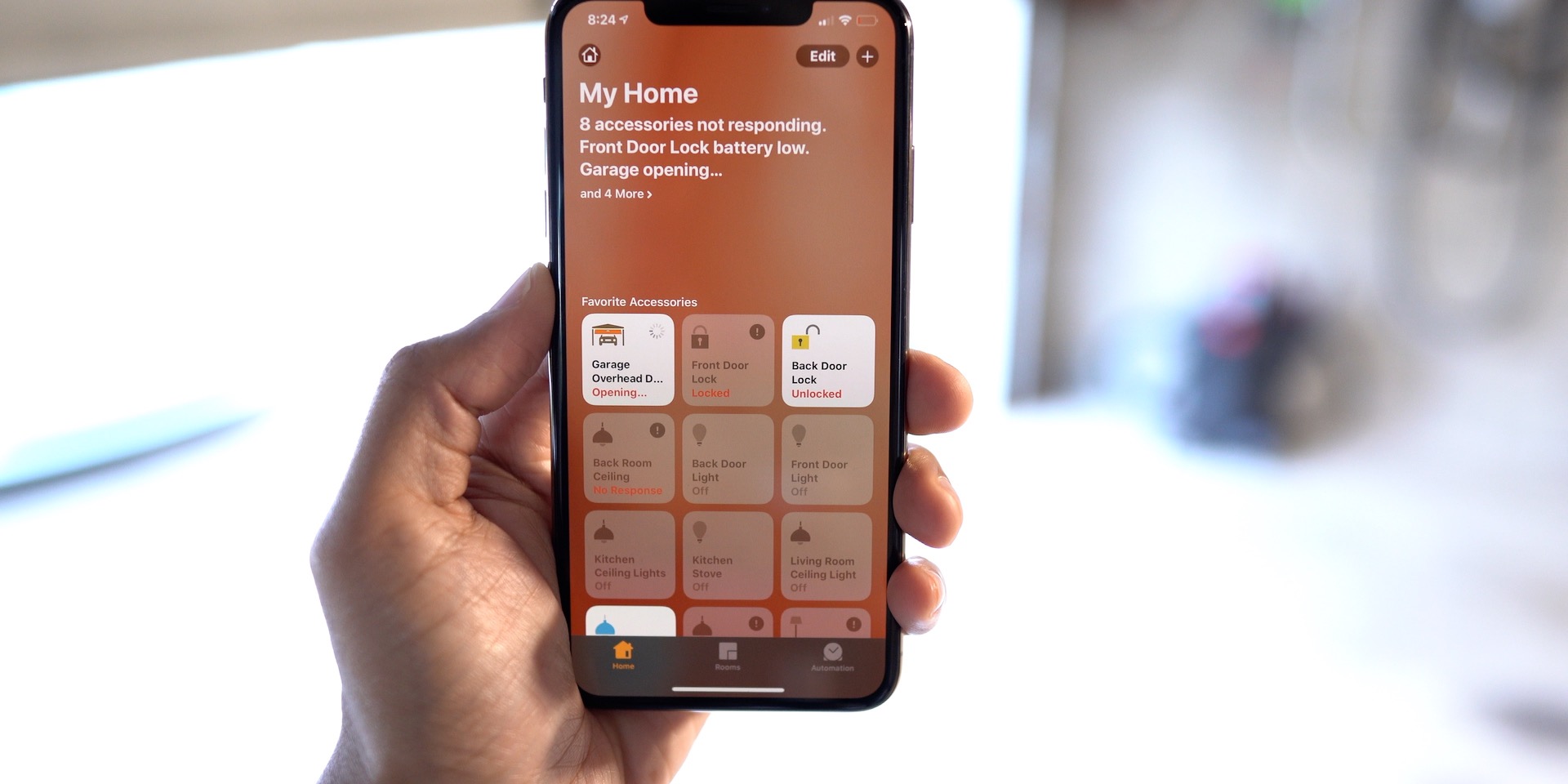 I understand why Apple may want to play it safe and not execute door-opening commands automatically, but I can’t help but feel that such a setup is inferior to what you get from a comparatively simple HomeLink experience on the Tesla Model 3. HomeLink will automatically close and open your garage door based on GPS location without any confirmation needed. 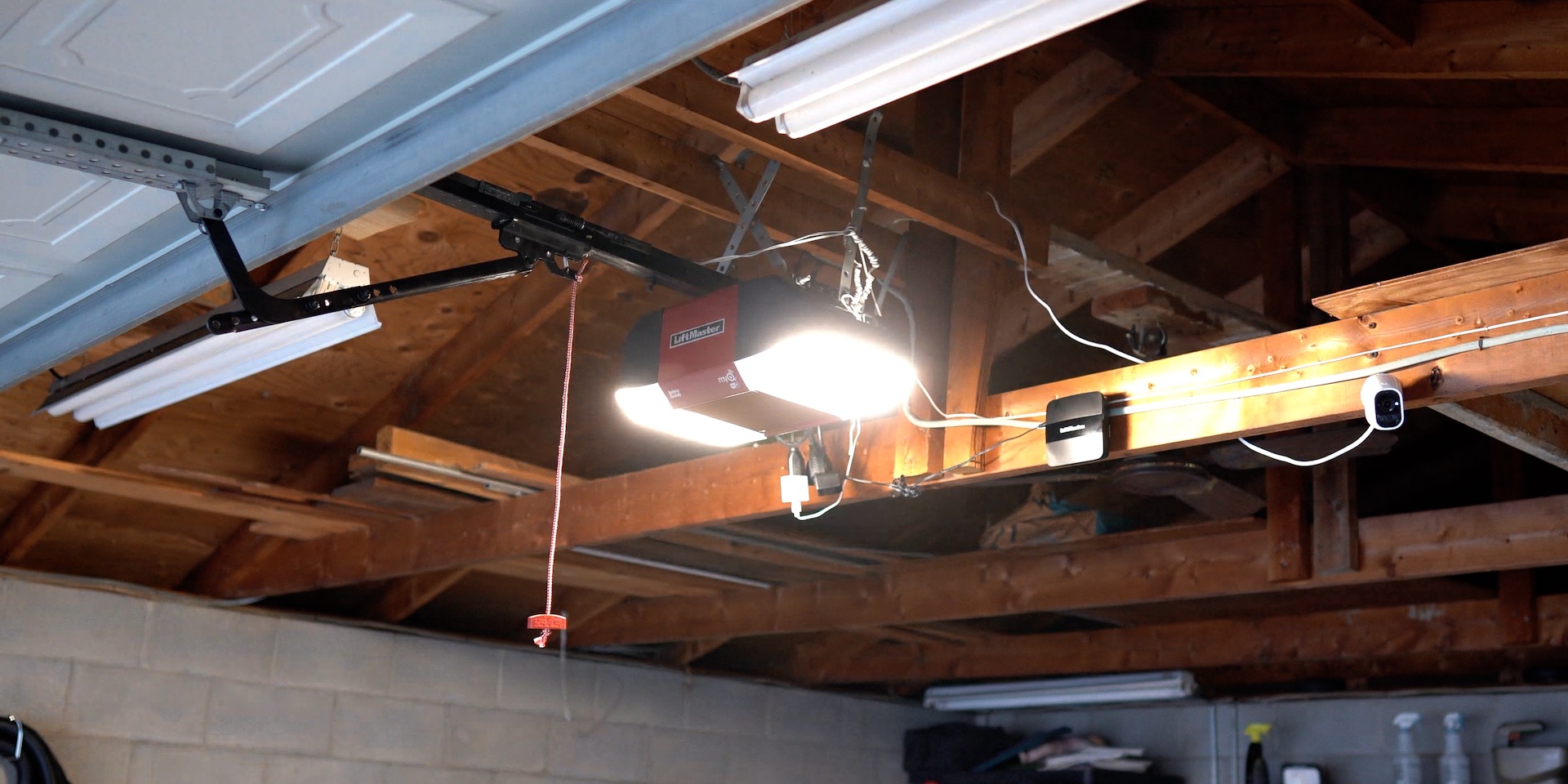 LiftMaster and Chamberlain also play it safe with their smartphone controls, as anytime the command to close the door is initiated, the garage door emits several loud beeps, flashing lights, along with a 7-second delay before the door begins to close. Watch our hands-on video above for a look at this madness in action.

This only occurs when using the app to close the door and is there to prevent potential injury in case the command to close is initiated from a remote location where the user isn’t able to monitor the door and what may be around it. It’s another reason why I prefer the simple HomeLink method found on the Tesla Model 3 because it’s emulating a simple click of the hardware remote instead of initiating commands via Wi-Fi.

In my opinion, the main benefit of the MyQ Home Bridge, and HomeKit support, in general, is the ability to quickly monitor the status of the garage door via voice commands or via the Home app. Executing actual commands is handy as well, but the experience feels gimped due to the lack of full automation, and the delays and additional theatrics that accompany the experience. 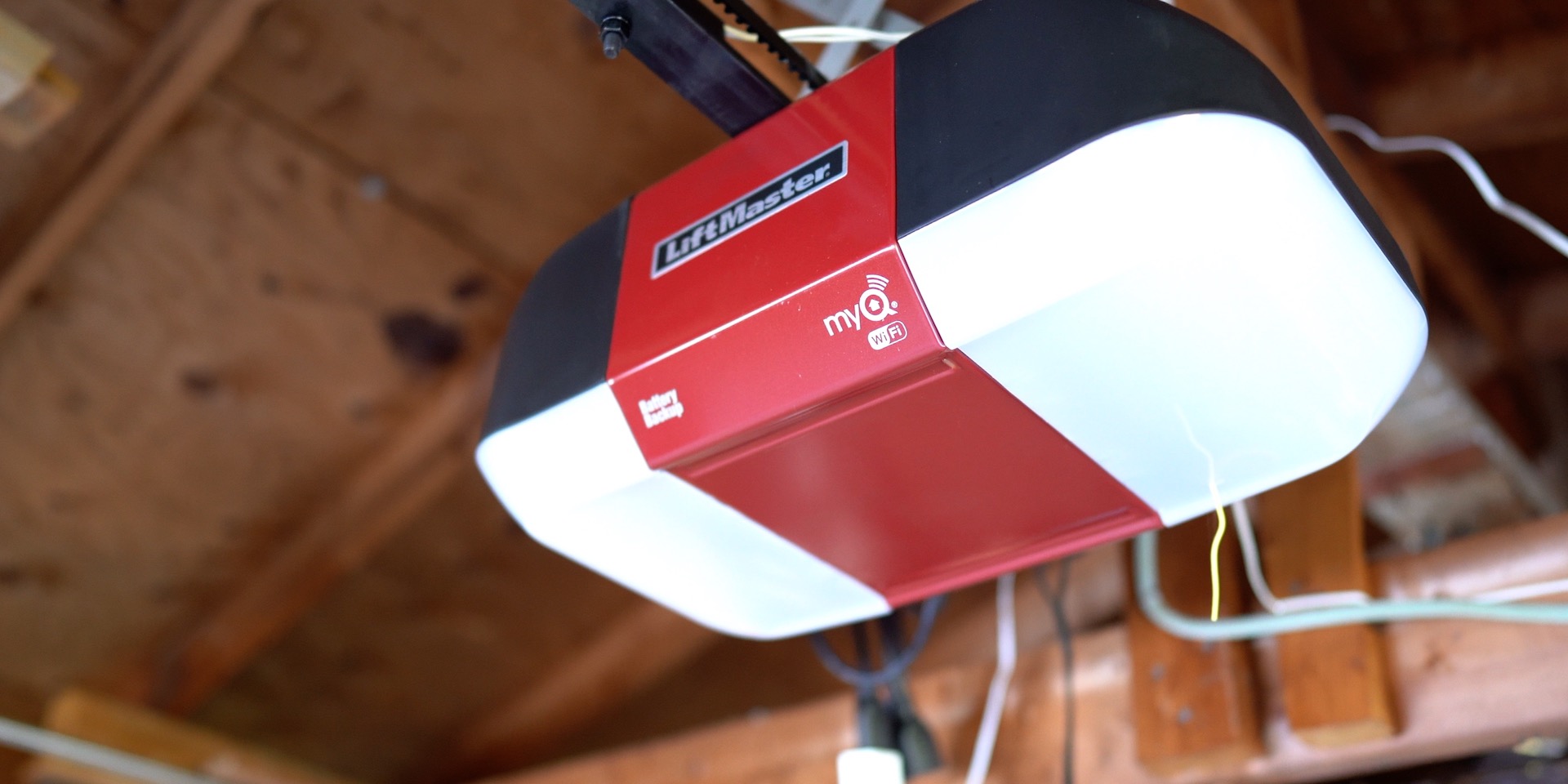 I also think that the process to enable HomeKit is overly complicated. For users with older non-Wi-Fi garage doors, you’ll need to have three pieces of hardware installed — the MyQ Smart Garage Hub, its corresponding sensor for the opener, and the MyQ Home Bridge. If you already have a modern garage door opener installed, such as the LiftMaster WLED Elite Series, you’ll just need the MyQ Home Bridge. 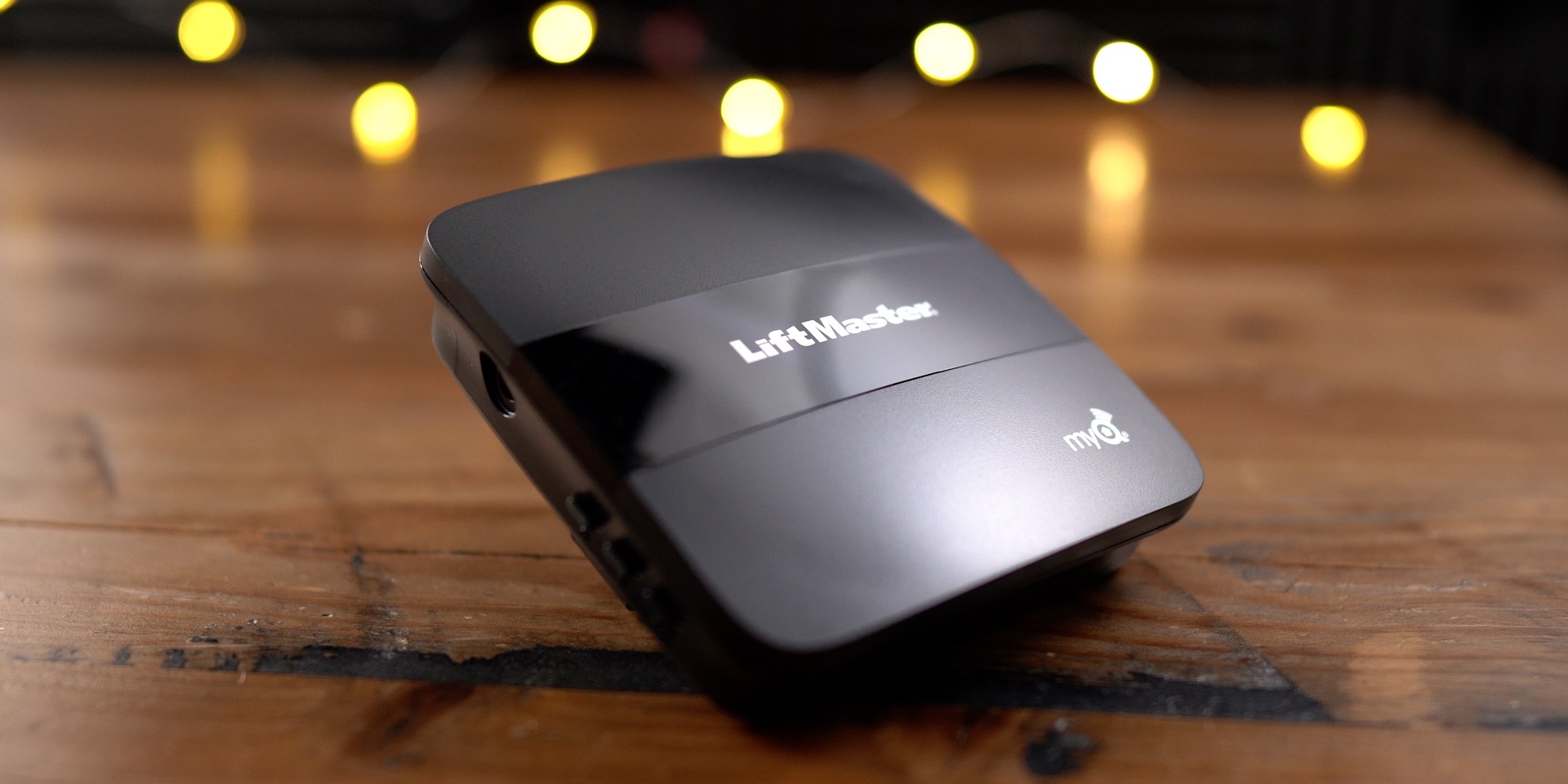 It’s nice to be able to monitor and control your garage door, but it’s not the seamless experience that you might expect from a HomeKit-enabled device. For some users, “dumb” HomeLink support built into a vehicle may be the preferred option.

What do you think about the MyQ Home Bridge and HomeKit-enabled garage door openers? Sound off in the comments below with your thoughts and opinions.