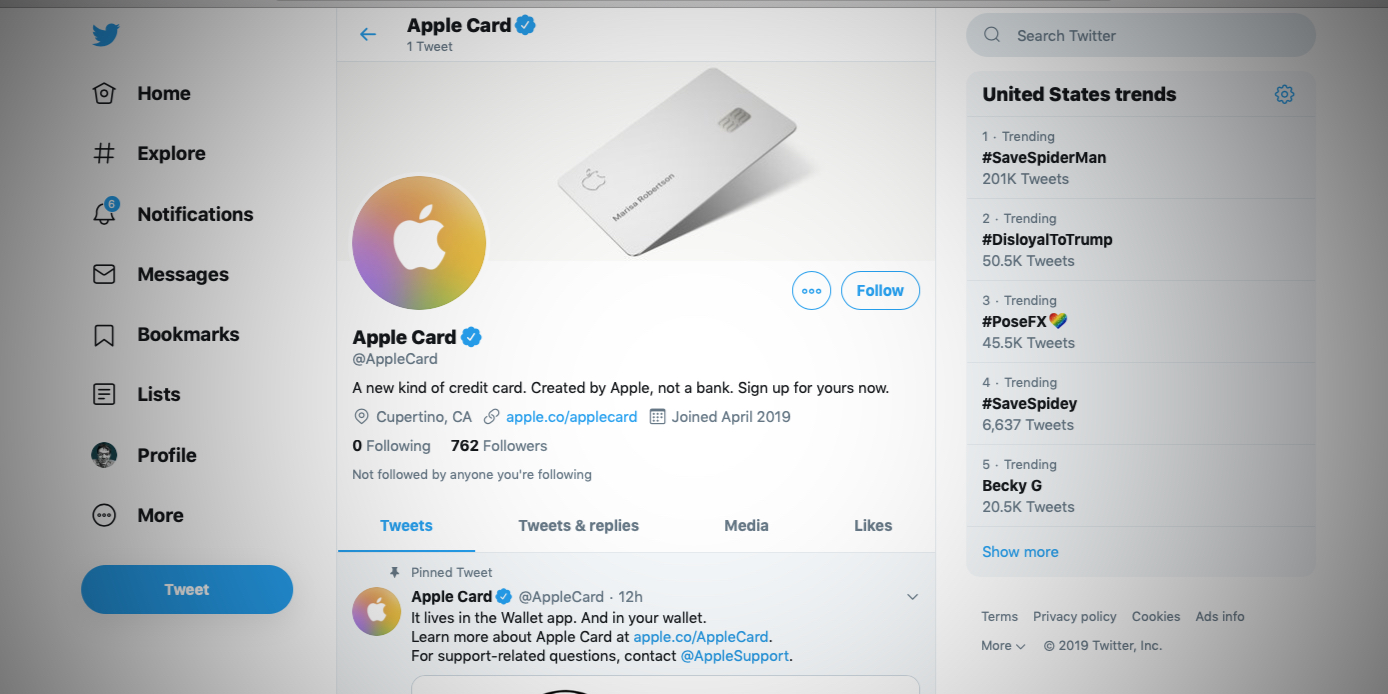 Apple has an interesting relationship with social media. In some areas, it is very connected. For example, while it owns an @Apple company account, it never tweets from it. Instead, the @Apple account is only used as a vehicle to serve promoted tweet advertising. It seems to use Tim Cook’s Twitter predominantly for company-level announcements.

Apple has many accounts for its divisions like iTunes, Apple Music, and the App Store. It also seems to be ramping up these investments further this year as it heads into the world of original content with Apple TV+. As well as an Apple TV umbrella social media profile, The Morning Show itself has its own Twitter and Instagram accounts.

It lives in the Wallet app. And in your wallet.
Learn more about Apple Card at https://t.co/py9EN04GiQ.
For support-related questions, contact @AppleSupport.

Now it’s the Apple Card’s turn to join Twitter. Right now, the account has only tweeted one thing to announce the public availability of Apple Card to all US iPhone customers.

In the future, it’s likely to share news regarding new merchant cashback offers and the like. Apple has already partnered with Uber to offer 3% Daily Cash rewards when purchasing Uber ride-share and Uber Eats food delivery services using Apple Pay. The company has said it will partner with more merchants in the coming months.

The default cashback for Daily Cash is as follows. Purchases with the physical titanium Apple Card get 1% Daily Cash rewards. Any purchase made using Apple Pay, at retail merchants or on the web, earns 2% Daily Cash. There is also a 3% cashback tier for any Apple purchase, whether physical Apple hardware or Apple services like the App Store and Apple Music.

In fact, Apple has already put up Apple Card banners in its retail stores to advertise the possible savings.